Taco Bell offers menu that is lighter, fresher and healthier

Taco Bell's new Cantina Bell menu debuted on July 5. I'd been getting e-mails and seeing postings about the new offerings, so I was anxious to give it a try. The weekend it was introduced I printed off a buy one, get one free coupon I'd seen on Facebook. So, off I went to try it out. The Cantina Bell items include burritos and bowls - either steak, chicken or veggie. Each item is under $5. The menu was developed by Chef Lorena Garcia. You can catch her on the new Top Chef Masters, which debuts this Wednesday on Bravo.


I opted for a steak burrito, which was loaded with generous amounts of meat, beans, rice and veggies and nicely browned. It was a BIG portion...way more than I could eat in a sitting. For my free item, I tried the chicken bowl, with seasoned white rice, beans, corn, tomato, shredded romaine lettuce and hints of cilantro and lime. I cut the burrito in half and scooped out about a quarter of the bowl and shared the rest with my son and there was still some of the bowl leftover.


I know the buzz was that the new menu items were being added in competition with Chipotle, but you know what? There's not a Chipotle very close by and I have never tried it, so I had nothing to compare it to. But, I was impressed with both items and happy to see the healthier (yet still incredibly flavorful) items added on to the menu while still keeping all the classics on the menu that their fans have come to expect. I'd definitely opt for a either when I'm on that three or four-block fast-food stretch on Calumet Avenue in Munster that includes Wendy's, Burger King, Boston Market, Arby's, Wendy's, Munster Gyros and a couple others. In fact, as we were running errands the other day, my 8-year-old asked if we could stop for one of those burritos he'd tried and liked. That's saying something when an 8-year-old passes by the golden arches, yet requests a burrito with steak, beans and rice! They are also quite appealing to the eye. Take a look: 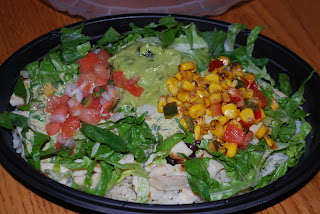 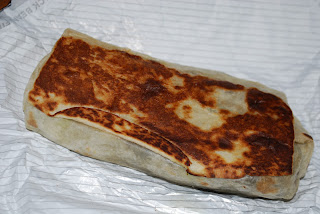 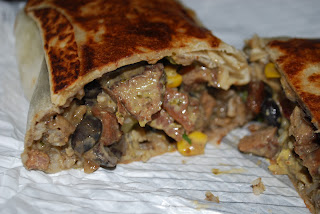 Oh, and by the way...if I were you, I'd wash it down with a frozen strawberry lemonade. :) 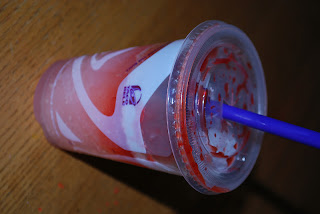