I snatched up the peaches just in time

The other day, my husband, in-laws, oldest son and I did something we do frequently - we took a day trip up to Michigan. We've fallen in love with Southwest Michigan in recent years. All four younger boys were back in school, so we decided we'd head up for lunch and to visit one of the area farms.

We visited Williams Orchard, which is actually in LaPorte, Indiana, but not by much. In fact, we drive into Michigan and exit there, then head off on a country road just over the border to this farm that is now over a century old. Last year, they offered you  picks in their peach and apple orchard, but unfortunately Mother Nature wasn't kind to the Michigan orchards this year. The early spring and then frost that followed really messed up the crops this year. There was no U-Pick. They picked what they had and put it out for sale. When I called, the recording stated that they expected peaches to be gone by Labor Day. We were there on Thursday morning and there were about a half-dozen bags left. I reached for one and a lady just about ripped my head off. "Those are my bags!!!" she roared and ripped them out of my hand. So, I picked another one and the cashier said, "These are the last of them." No wonder the lady got so testy. They didn't last until Labor Day. After my picks there were just two bags remaining. I'm sure they didn't last long.

I did get some other goodies, too - apples, zucchini, a gigantic cantaloupe, onion, a jar of peach salsa, sweet corn. Here's a look at what what you'll find there. Just don't expect to find any more peaches. I've got a big bag safely on my counter. The kids have been munching on them, so I better move fast and do some baking before they disappear. 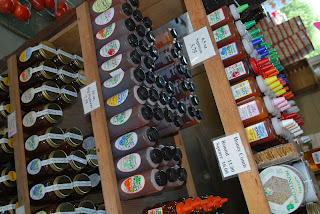 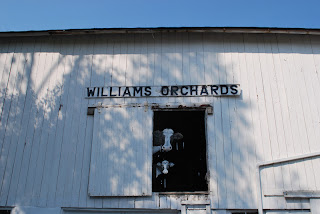 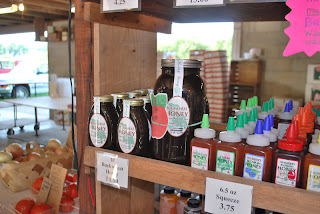 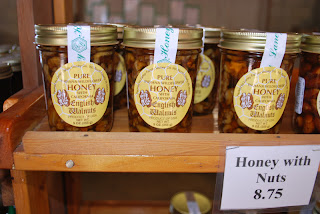 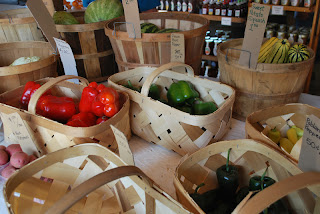 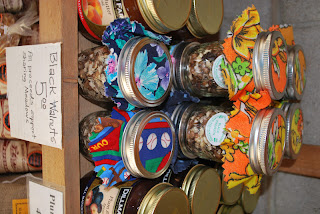 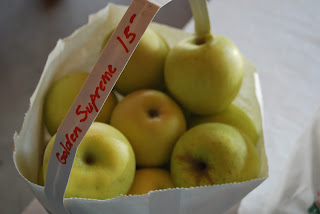 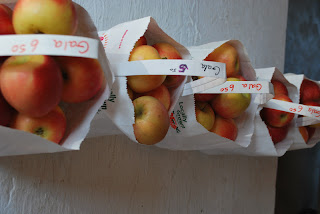 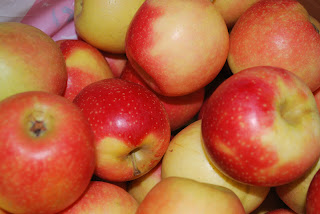 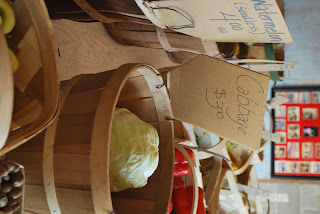 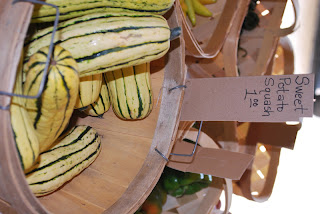 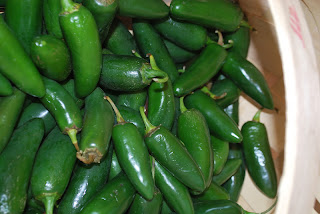