One thing I love about this time of year is that Aldi has the German Oktoberfest items available. I can pick up things like strudel and bavarian-style pretzels and red cabbage and saurkraut...and this pork schnitzel. Schnitzel is my favorite German dish.

I have never made it from scratch, but my mother-in-law used to make it from time to time. She's from Kansas, but my father-in-law is from Germany. He grew up near Berlin and came to the states at age 18. Although it was after the war, his upbringing was one of turmoil in a war-torn country and I have heard bits and pieces of his childhood over the year, but he understandably doesn't talk about it much. My understanding is that his father was in charge of the police in their small town and when he was a toddler, his dad went into hiding to avoid going along with the Nazis. That left his mother to raise her children on her own. His uncle died serving in the Nazi Army. So, in his late teens, he took an opportunity to come to the U.S. and has been here ever since, serving in the U.S. Army. That's how he met my mother-in-law...working as a aircraft mechanic at a base in Kansas.

Then there are countless other schnitzel dishes that add different sauces, meats, gravies or vegetables. A popular one is Jager Schnitzel - no not made with Jagermeister, although that might not taste so bad. :) - it's a schnitzel with a mushroom sauce on top. Holstein Schnitzel is topped with an egg, capers and anchovies.

So, while this definitely doesn't measure up to what you'll get in a German restaurant, it's enough to satisfy my cravings. 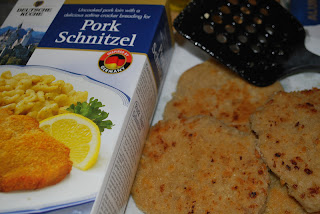 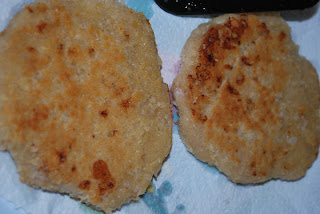 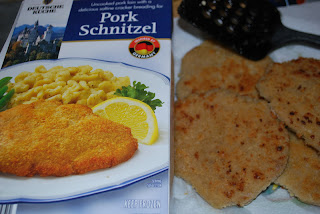 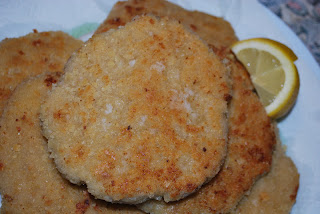 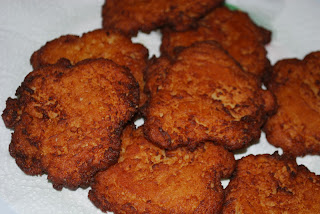