With a fest comes good food

So last weekend we had this big first-time fest in town. It was really a great event - despite torrential downpours and sporadic hurricane-like wind gusts. There were tons of activities: bands, kids' games, a rock climbing wall, a blood drive, craft vendors, a scarecrow making tent, inflatables, a pet parade, bingo and lots more.

The fest kicked off on the first night with the Brats, Burgers, Beer and Bands. People lined up for brats with kraut while a German band called Die Musikmeisters played on stage in lederhosen - quite delightful. The evening was so successful that they ran out of bratwurst. I got one of the last ones. Lucky me! 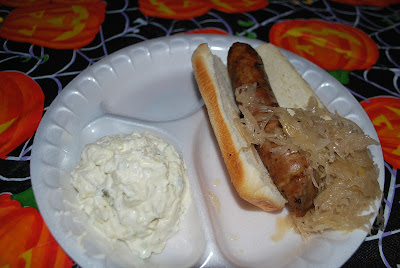 A local church had a bake sale with lots of goodies! 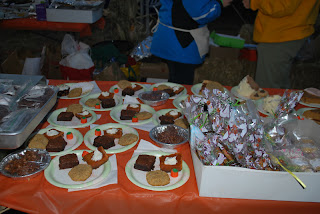 LOL...I am rubbing off on my 9-year-old. He set down his dessert and grabbed my camera to take a picture! 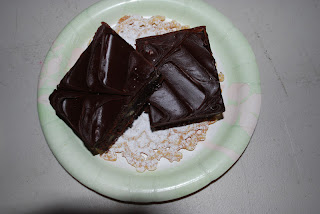 J.J. Kelley's, a local bar and restaurant was one of the major sponsors of the event and one of the owners, Jo-Ellyn, had a tent there offering chili, chili dogs, double cheeseburgers - and a Philly Cheese Beef sandwich. I've gotten to know Jo-Ellyn a bit over the past couple years. She's a big supporter of the military and the place has become the hangout in the area for Marines. She's a lovely lady with a big heart...and she has some good stuff on the menu. 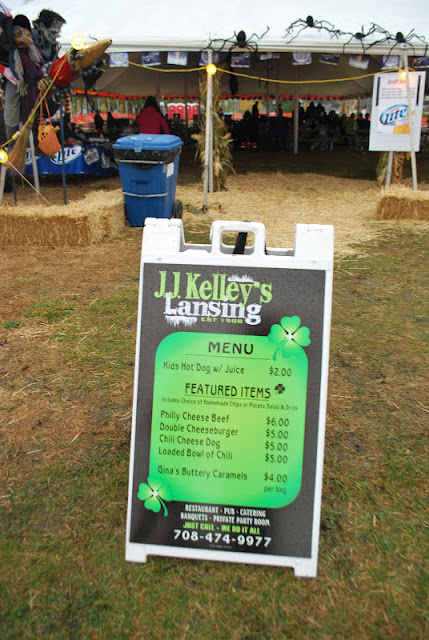 I had to try out the Philly Cheese Beef with homemade chips. Yummmmmmoooo! 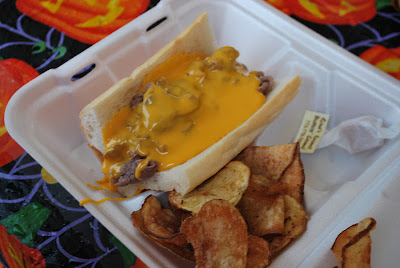 And there was a caramel enclosed. Wow! It was super delish. I'm going to have to seek out some more of these! 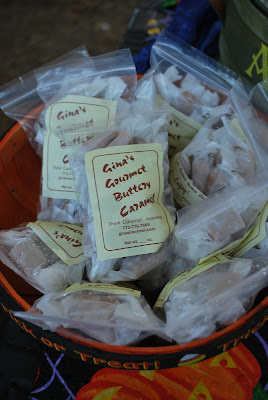 The weather could have been better, but it didn't dampen the spirits of everyone involved. It was an amazing venture that brought everyone together and I cannot wait for next year!