Yesterday, I took my two youngest boys and a friend over to Funflatables in Dyer, IN since they had an early dismissal day from school. As we were leaving, they were telling me how hungry they were. I was way ahead of them. Right next door was a place I have been itching to get back to since visiting for the first time back in September.

It's a place called Dessert Menu. I stopped in when they were doing a Dessert Flight Night  in the fall and the dishes being served were so creative and so delicious. Everything in the case looked too pretty to eat. While I was there I tried a little taste of some chocolate hazelnut gelato. It was love at first bite and I couldn't wait to get back over there for a full scoop.

My mouth dropped when I looked at the menu to see that their gelato is only $1 a scoop. REALLY! Just $1 a scoop! Two of the boys were begging for the Oreo gelato. They gulped it down before I got to try a bite! 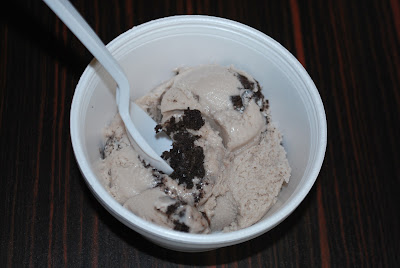 Here's a look at some of the other flavors that were available: 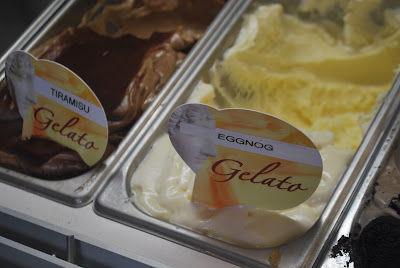 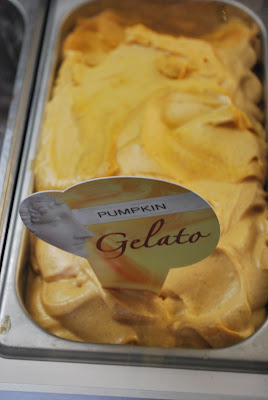 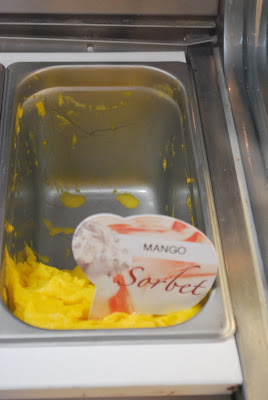 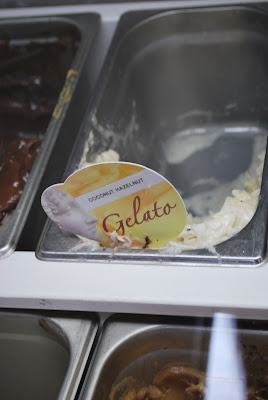 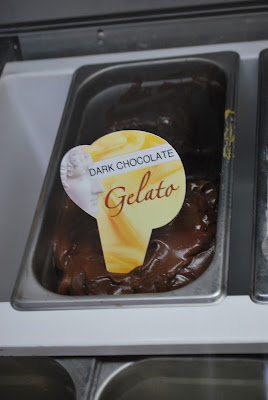 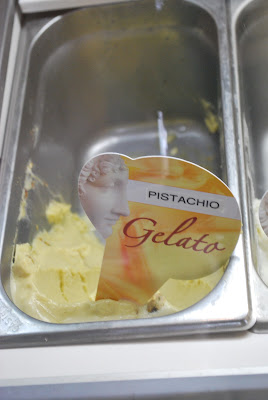 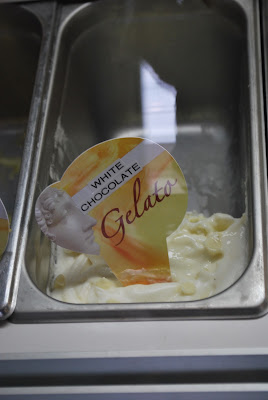 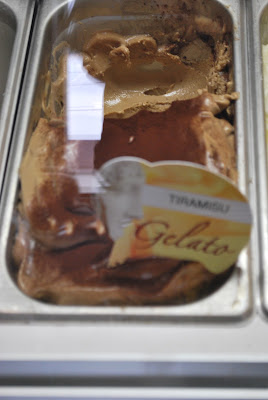 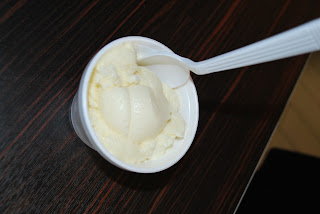 I went for the Tiramisu gelato. Wow! Just wow! 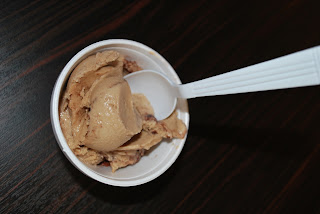 Get on over there and try a scoop! And tell them the Chicago Foodie Sisters sent you! :)