This past year has been a fun and fascinating foodie year - trying out new recipes, trying out new eateries, attending media events at Chicago area restaurants, enjoying food with loved ones. Here's a few foodie highlights of the year:

For Father's Day we went over to spend the day with my in-laws. My father-in-law is affectionately called "Stewy" even though his name is Paul. It's a nickname he was given for a town in Germany, which is where he was born and raised. He made these wonderful stuffed mushroom burgers on the grill. I played with the recipe a little and entered into a contest for Wildfire Restaurant. I won 3rd place! 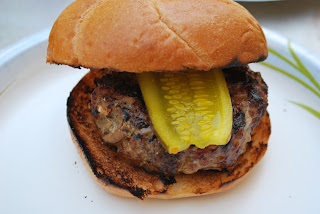 At the barbecue, we enjoyed some Hofbrau. So happy to hear that a Hofbrauhaus is opening in Rosement early in 2013. Can't wait to try it out. 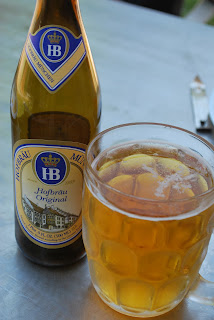 And this fall, we went with my in-laws to check out a German restaurant we'd never been to called Edelweiss. My husband and I visited some other German restaurants and I still vividly remember the excellent meal we had at Chef Klaus' Bier Stube.

Among the media events I attended this year were several at Seasons 52, which has become one of my favorite restaurants. I attended a sneak peek of the Oakbrook location and then got to visit Schaumburg for previews of the summer menu. I also went back for the fall menu introduction.

A meal at Niche in Geneva was another highlight of the year, which I attended with my husband and the other foodie sister, Becky. It's a beautiful place with one of a kind dishes and presentations.

Artisan Table was another new eatery I attended as it was opening to the public. It's located in the Chicago Marriott Naperville and this media event was unlike others I've attended and it wasn't for media only, but also for the vendors who supplied the locally produced menu items - which included farmers, butchers and even a beekeeper.

We took a family trip up to Kenosha, Wisconsin during the summer where we enjoyed food at the Bristol Reniassance Fair and an added bonus was that the weekend we were there, the Taste of Wisconsin was going on along the lakefront.

A soft opening at a new Chipotle in Munster was a fun afternoon that I shared with my dad and it was my first time there.

We had fun with the garden this year and my son, who is now 13, has been growing pumpkins with Grandpa in his garden for the past few years. This year they entered one of his pumpkins in a weigh off and he won first place. It was 80-plus pounds. 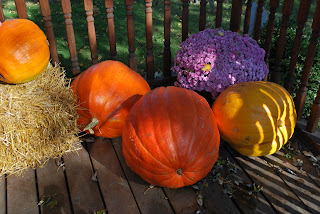 We made lots of good stuff with what was grown in the garden and enjoyed picking up goodies at the local farmer's market.

I discovered a new sweets place that I adore, Dessert Menu and stopped in when they did their first Dessert Flight Night. And just around the corner from Dessert Menu is another of my favorite foodie places that I learned about and fell in love with this year, Foodies MarketCafe.

At the end of the year, the this year, my niece and I attended a cooking demo at Roka Akor.

There were so many more good eats we enjoyed. Take a look through our blog archives for more recipes.