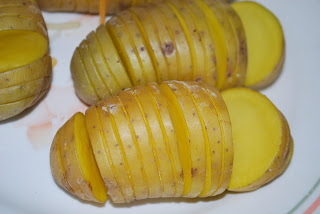 I've seen Hasselback potatoes posted on Facebook quite a few times. I did a little research and learned that this style of baked potato originated in Stockholm, Sweden as a specialty served at the Hasselbacken Hotel.

Most recipes I've seen have been for baking them in the oven. I only had a few minutes to spare, though, as my husband made burgers on the grill. So, I improvised and sped up the process a little. 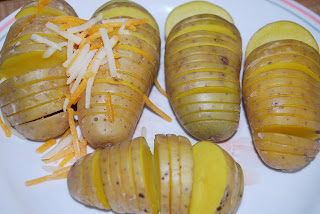 I gave the plate to hubby and told him to put the plate on the grill for a few minutes to melt the cheese. It worked well. Here's what they looked like when they were done. I wish I'd had a bit more time to distribute some of the cheese and bacon between the slices. 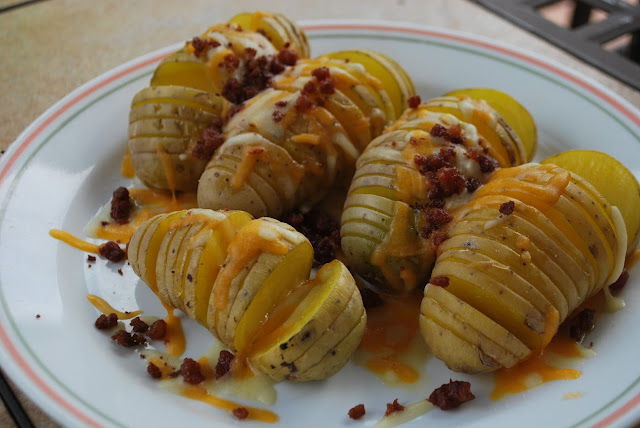 I topped mine with some sour cream and fresh chives and had it along with a loaded cheeseburger and some peach iced tea with mint...a lovely lunch! 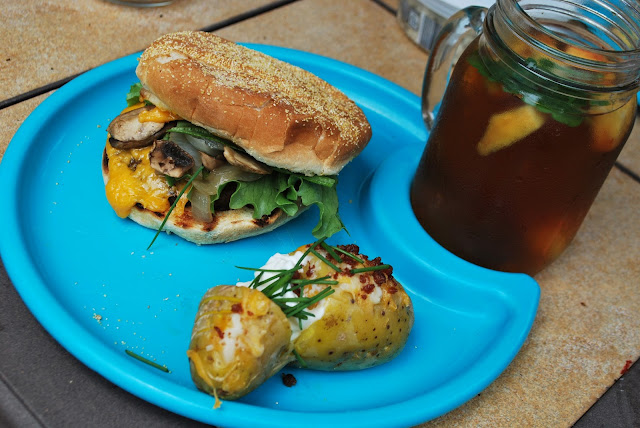