The Port Drive In in Chesterton, IN

I love when I stumble upon cute places like this that take you back in time. I'd heard of the Port Drive In before and drove by it once in the winter and thought that it would be nice to go there in the spring or summer.

Last weekend, while heading back from my son's soccer tournament in Chesterton, In, I decided to take a different route back to the expressway after my friend, Judy, who is one of the coaches told me that she'd stopped in downtown Chesterton at the European Market (an outdoor market with lots of food vendors.) I went in search of the European Market, which must have been closed up for the day by that time, but I did come across The Port Drive In and decided to stop. My son had asked if we could stop for lunch and I figured that it would be better than a stop at the Golden Arches.

We pulled in and the carhop was at our window immediately. I took  few minutes to peruse the menu. 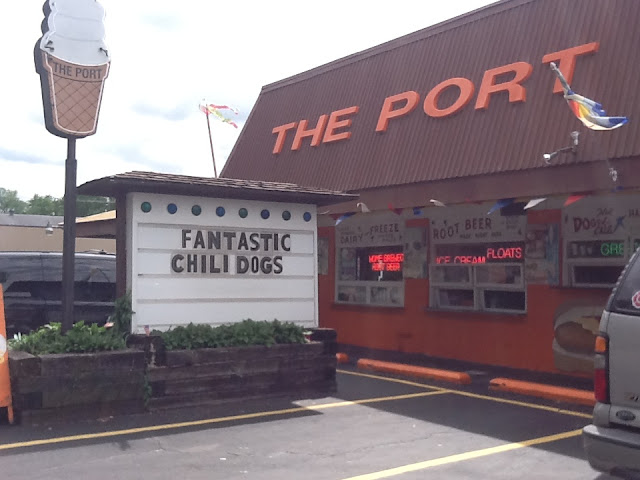 I thought the prices were incredibly reasonable and way cheaper than your standard fast food place. Just $1 for a homemade root beer. $1.80 for a hamburger. $1.75 for a hot dog. 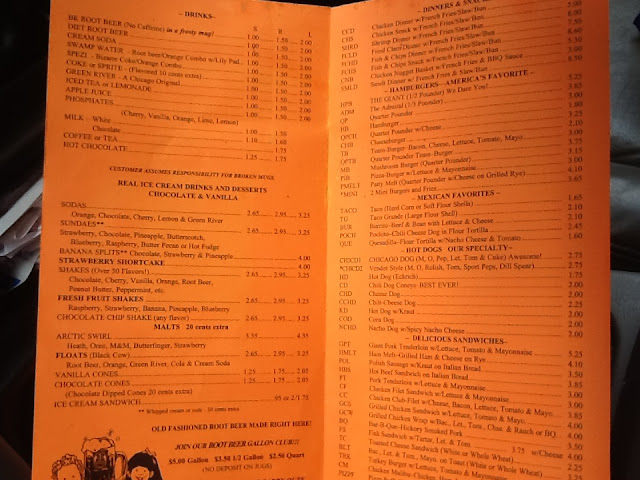 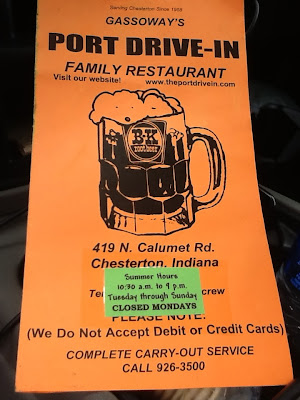 The carhop told me that they are known for their chili dogs and pork tenderloin. I'll keep that in mind the next time I'm out that way, but this time I opted for a burger...and it was good...juice and loaded with condiments. 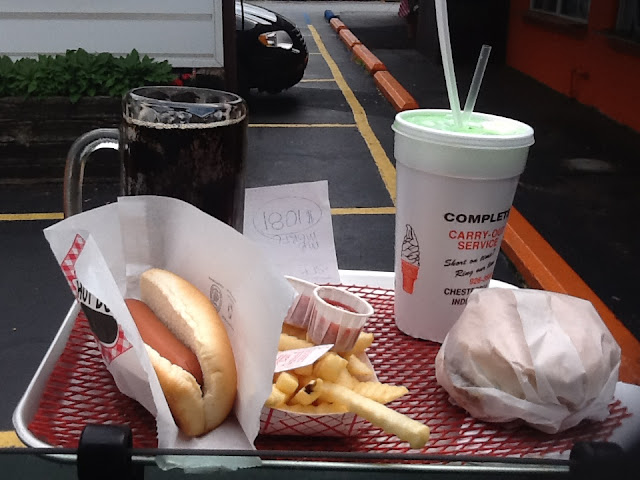 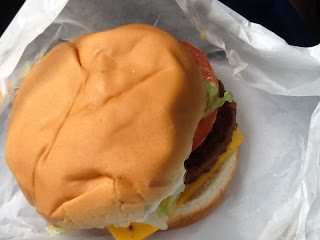 The homemade root beer was awesome, especially when served in a frosty mug. :) 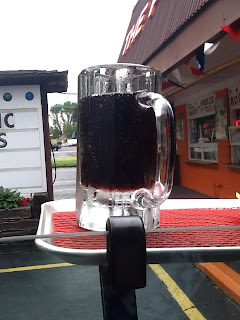 We make a couple trips a year out to the 49-er Drive In (this one is a drive in movie theatre!) with the boys in neighboring Valparaiso, so perhaps on the next movie trip we will have to do dinner at the drive in and then a movie at the drive in. :)