The Chicago Foodie Sisters got a lovely invitation to a private Czech culinary experience this past week hosted by the Consulate General of the Czech Republic in Chicago and CzechTourism. The event highlighted specialties of the Czech Republic prepared by acclaimed chefs Václav Krejčík, Jaroslav Veselý and Jan Minařík from the InterContinental Hotel Prague. Joining the chefs were Bohemian House chef Jimmy Papadopoulos and Czech sommelier Radim Petratur. 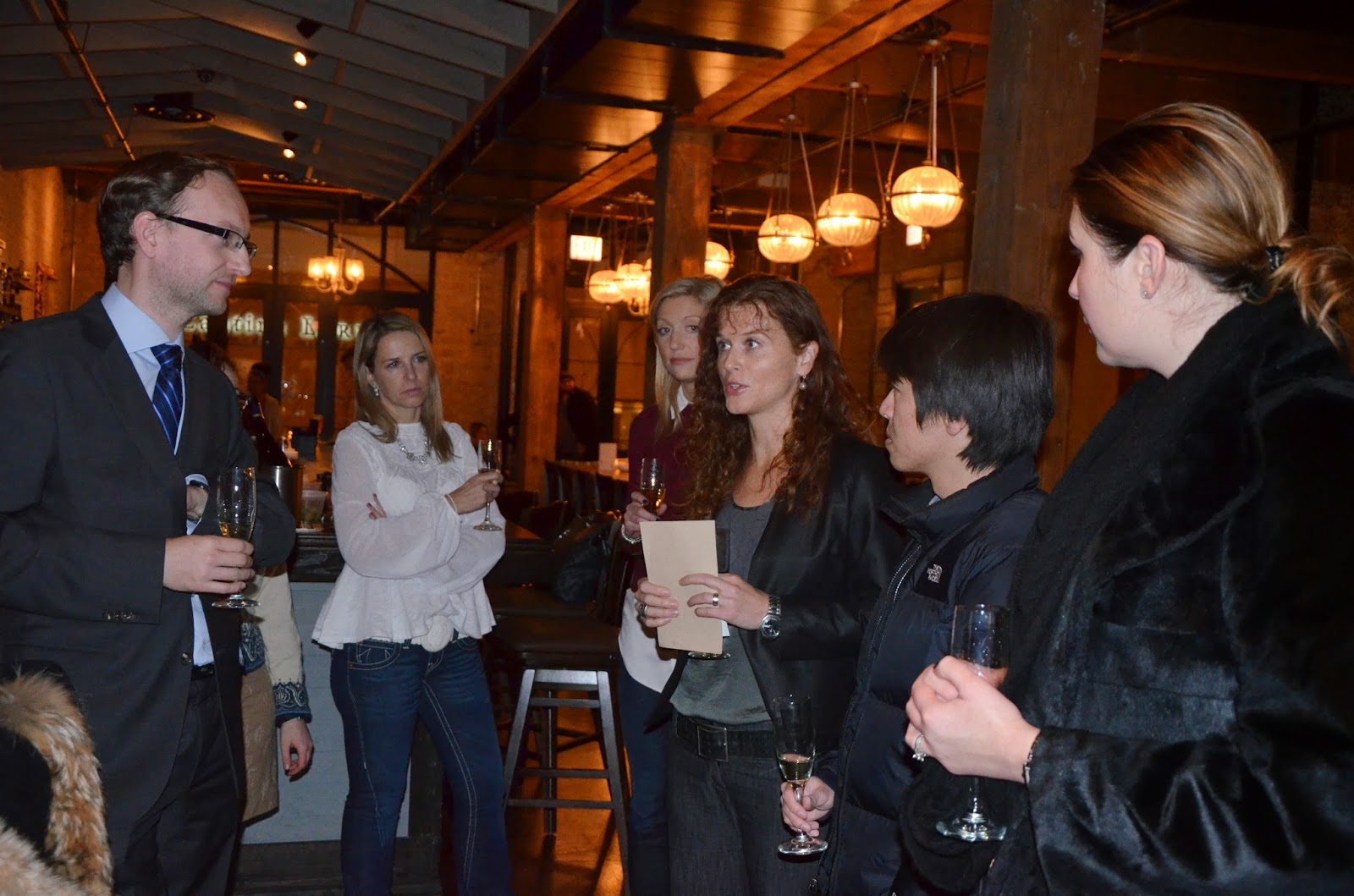 The event, titled the Days of Czech Cuisine, commemorates the 25th anniversary of the Velvet Revolution, which brought a non-violent end to communism in the region. The celebration of food and wine took place at the Bohemian House at 11 W. Illinois Street. The chic, classy, cozy restaurant just opened in July, featuring a contemporary take on a number of traditional European specialties, such as schnitzel, roast duck, pierogi, paprrikash and spatzle with a menu that changes seasonally.

Before our sampling, we were given a little history on the Czech Republic, which we learned has an abundance of wineries and over 2,000 castles and chateaux.  We were joined by Bořek Lizec, the Consulate General of the Czech Republic in Chicago, the Director of CzechTourism for New York, Michaela Claudino, the PR team and additional travel and food writers.

A little presentation on winemaking in the Moravian region  was eye opening as we learned about the success of Bohemian and Moravian wines in international wine competitions. Radim Petrautur, sommelier from the Czech Republic paired wines with each of our tasting courses.

He also touched upon Czech beer and the country's long tradition in brewing.

Starting off, we sampled a Kulajda soup of quail egg, chanterelle wild mushrooms, crispy potato and cream. As a big  fan of mushrooms, I appreciated the pungent appetizer. 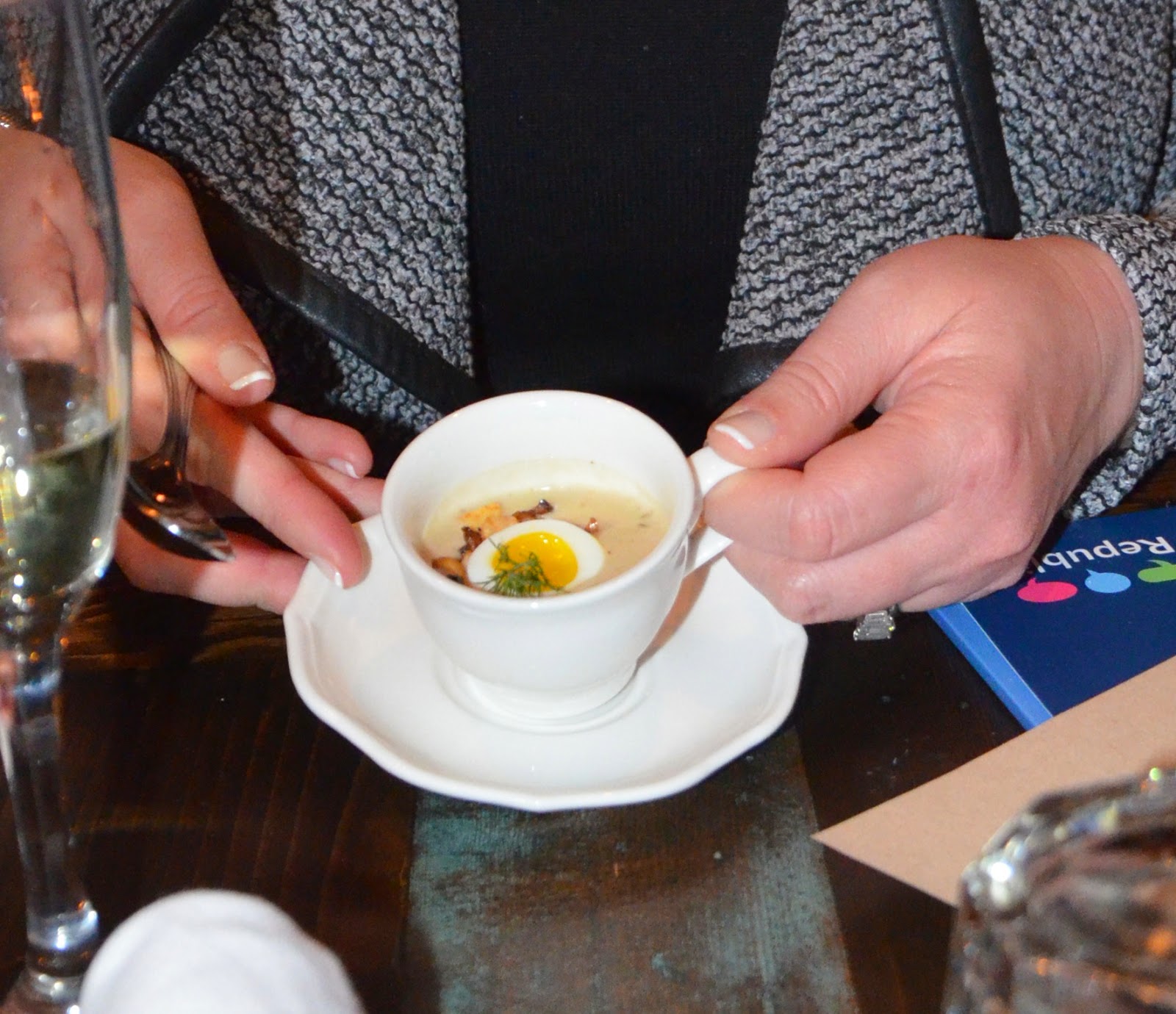 I loved this little window where we could see the chefs hard at work. The venue was delightful! 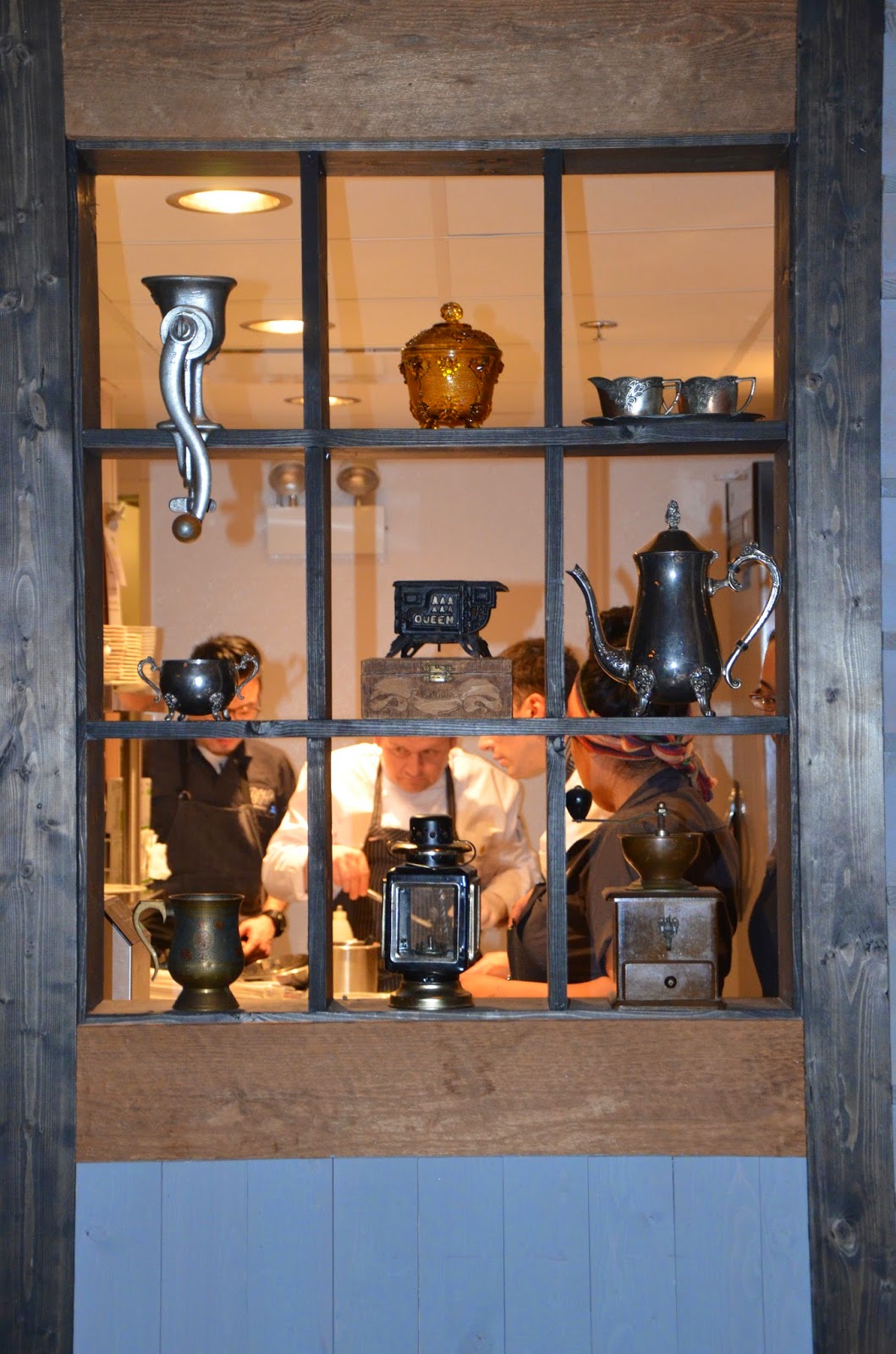 Since I wasn't familiar with Czech cuisine, I was eager to see what types of dishes awaited us. I assumed there would be elements of German and Polish specialties since those two countries are their neighbors to the north. I was pleased to see some of my favorites of each country - potato pancakes, goulash, pierogi, kolacky.

Potato pancakes are one of my very favorite appetizers and although I usually enjoy them with applesauce and sour cream, I loved this presentation which included sour cream, cured salmon, apple preserves and trout roe. 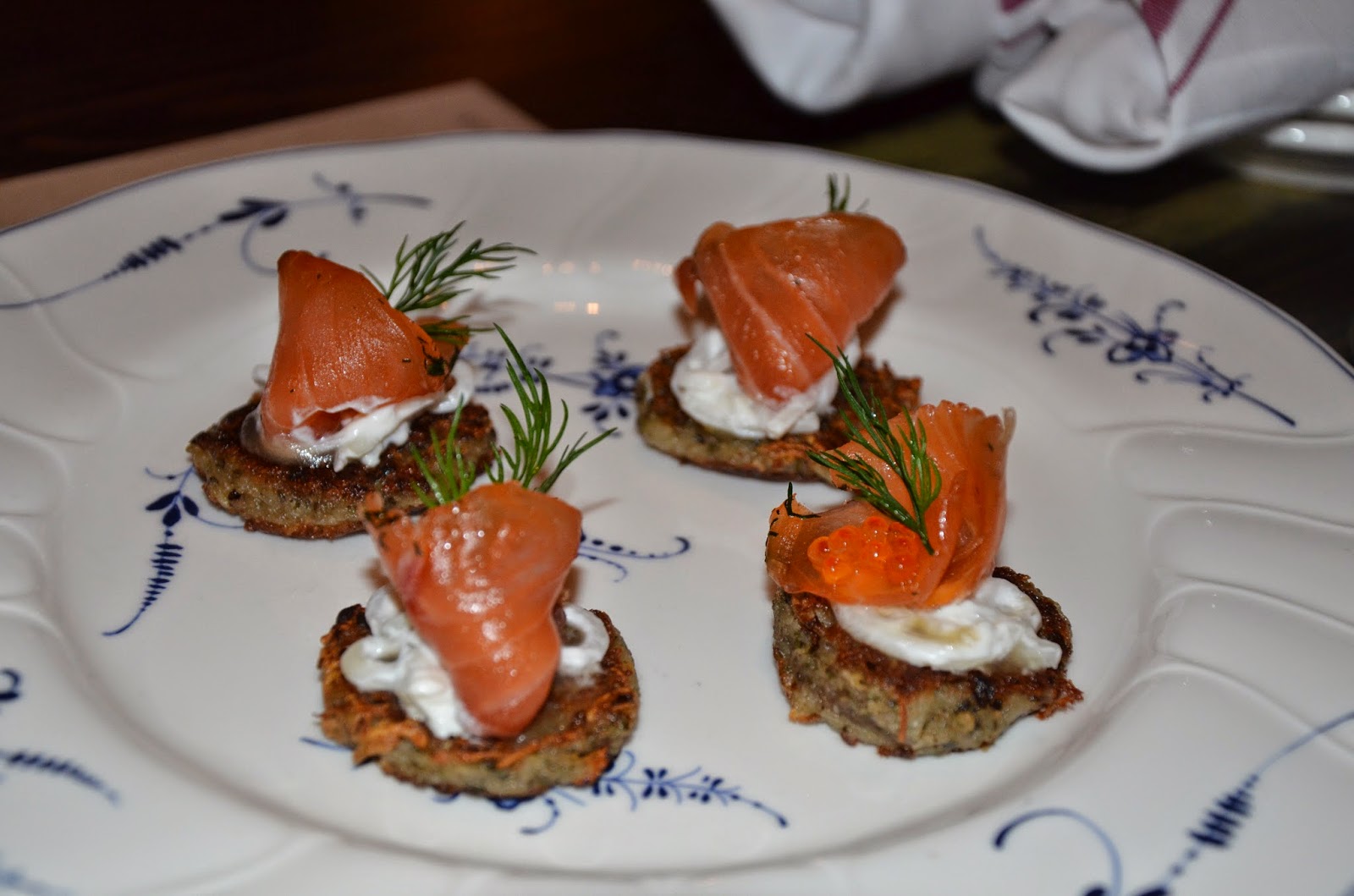 The chicken liver pate was served on a small wedge of toasted bread with pickled onions and mustard seed. I commented on how beautiful the plates were and Lizec explained that the images on the dishes represented what you would find in a typical Czech garden. 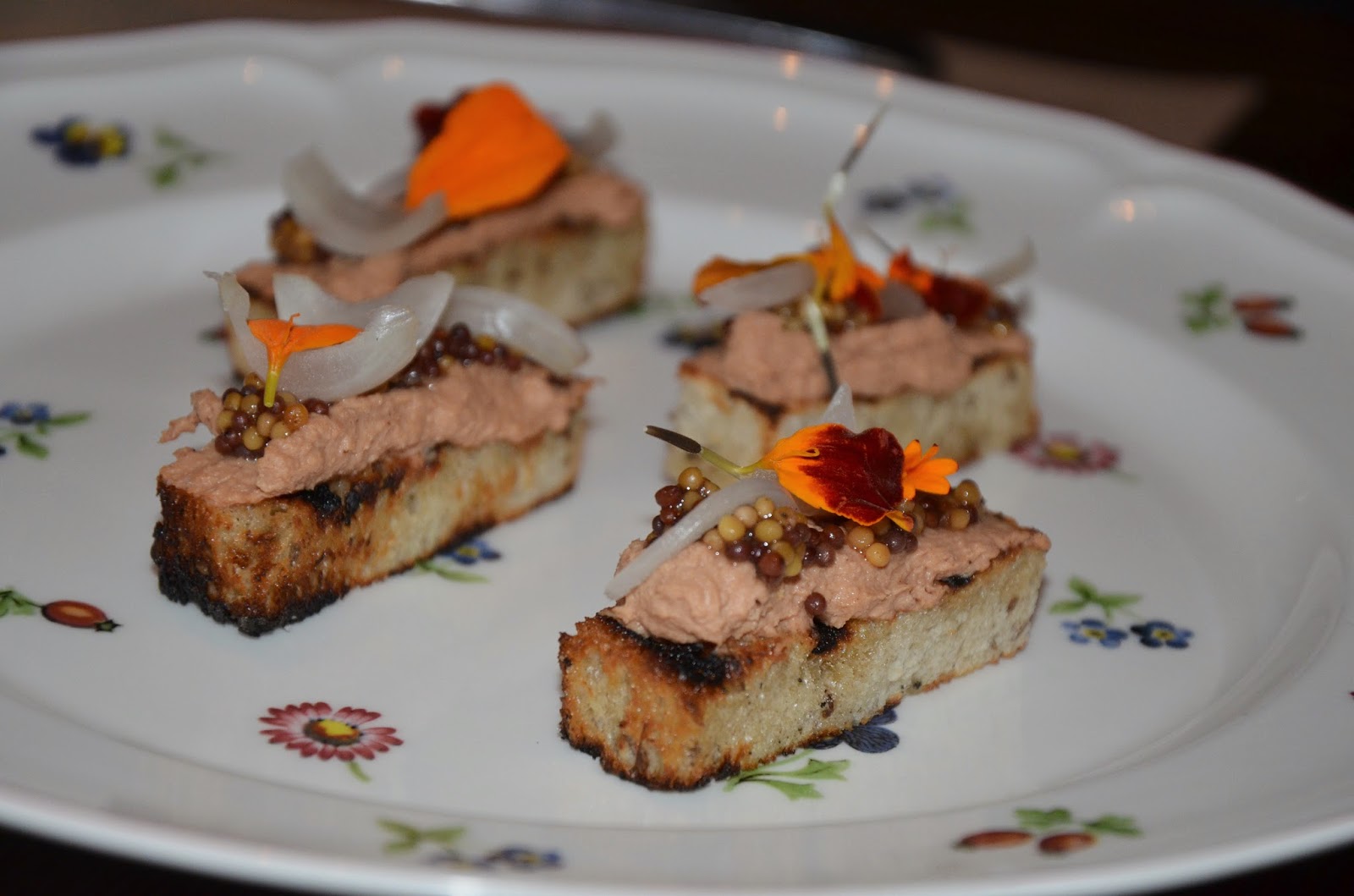 The pierogi was far from those I've had at Polish restaurants and festivals in the area and featured aged gouda, smoked beef tongue and charred onion. 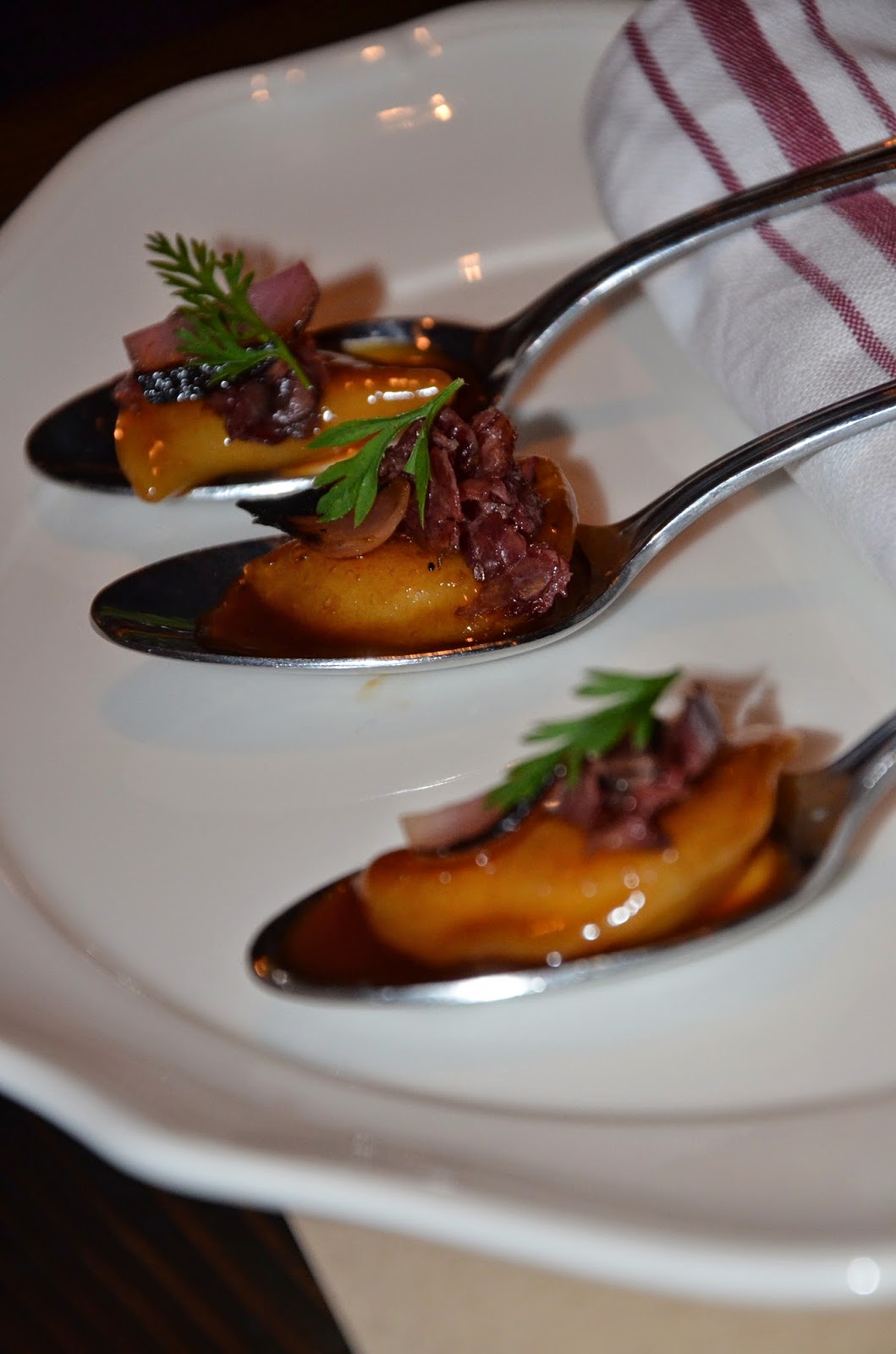 Czech dumplings differ greatly from those in Polish dishes or the country-style dumpling my mom made as we were growing up in that they were shaped in a small, round patty infused with bacon and topped with short ribs. 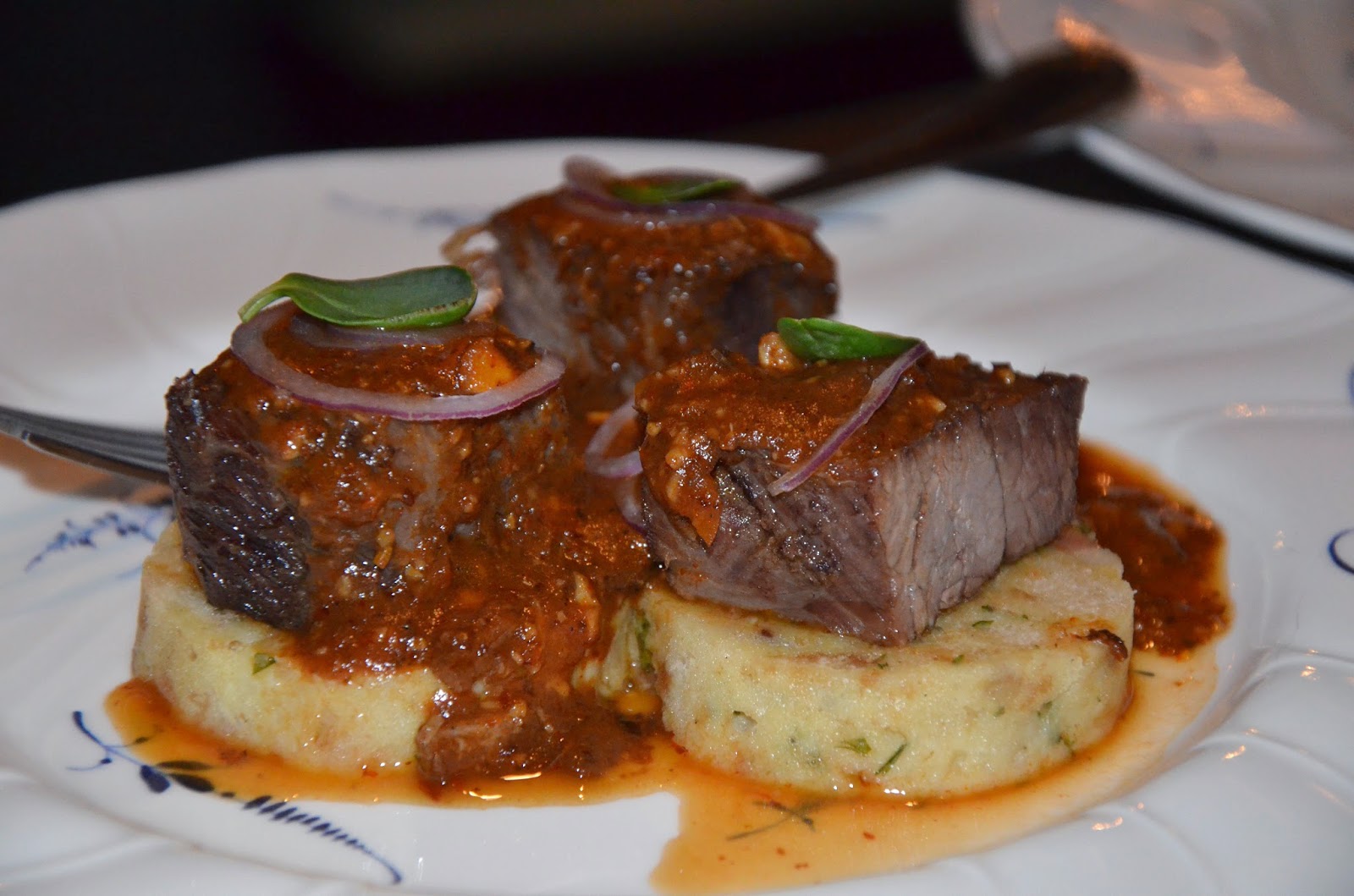 I was most looking forward to dessert and I was more than pleased. Included was a miniature Czech doughnut with a fantastic plum marmalade and sour curd cheese, dusted with powdered sugar. I learned that this is really considered a kolacky as each region in the Czech Repulic has a version of their own. Whatever you want to call it ~ it was divine! 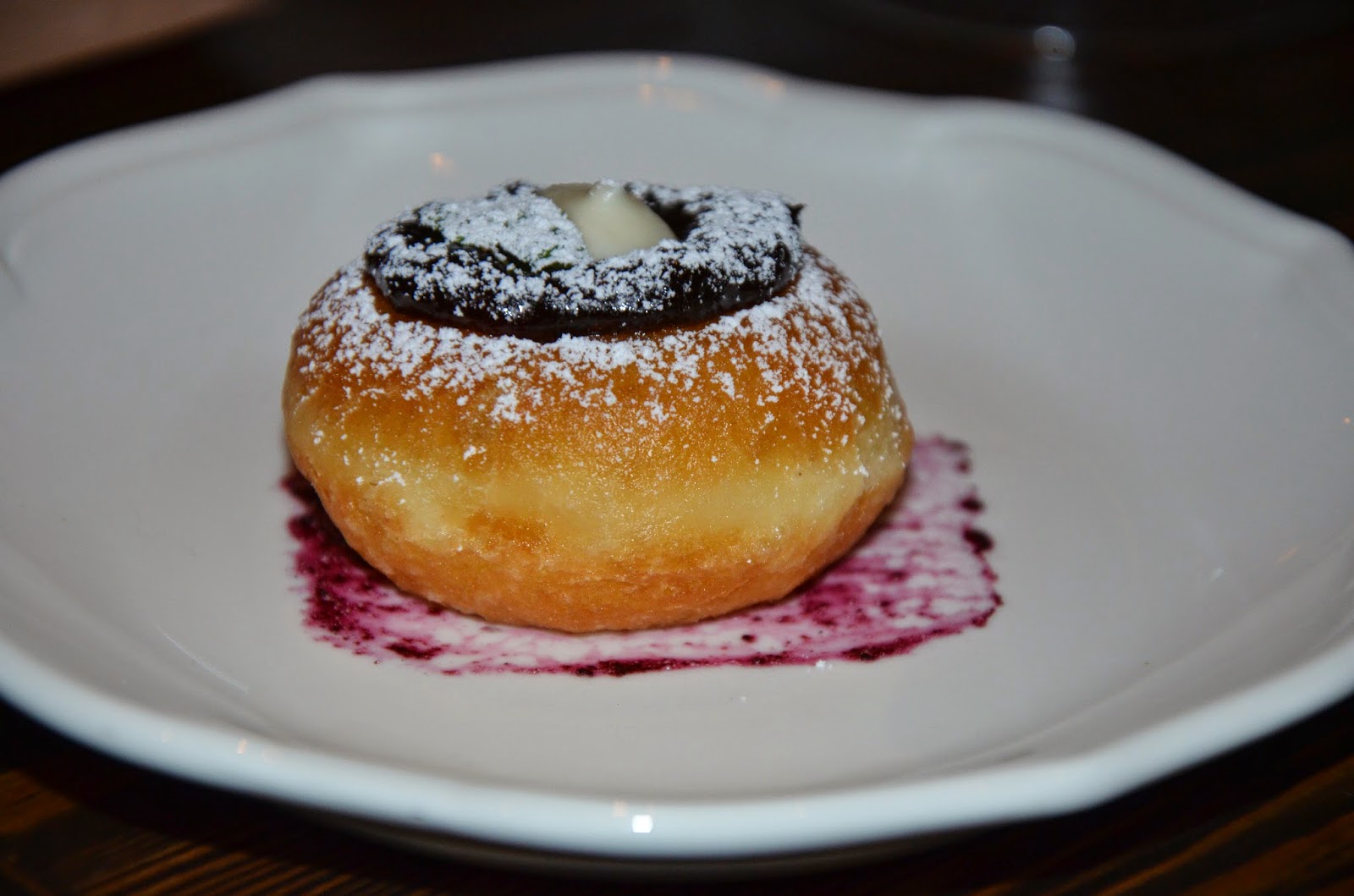 Next were kolacky, a favorite that I pick up at our local bakery from time to time. These little bites were topped with apple cider jam and powdered sugar. 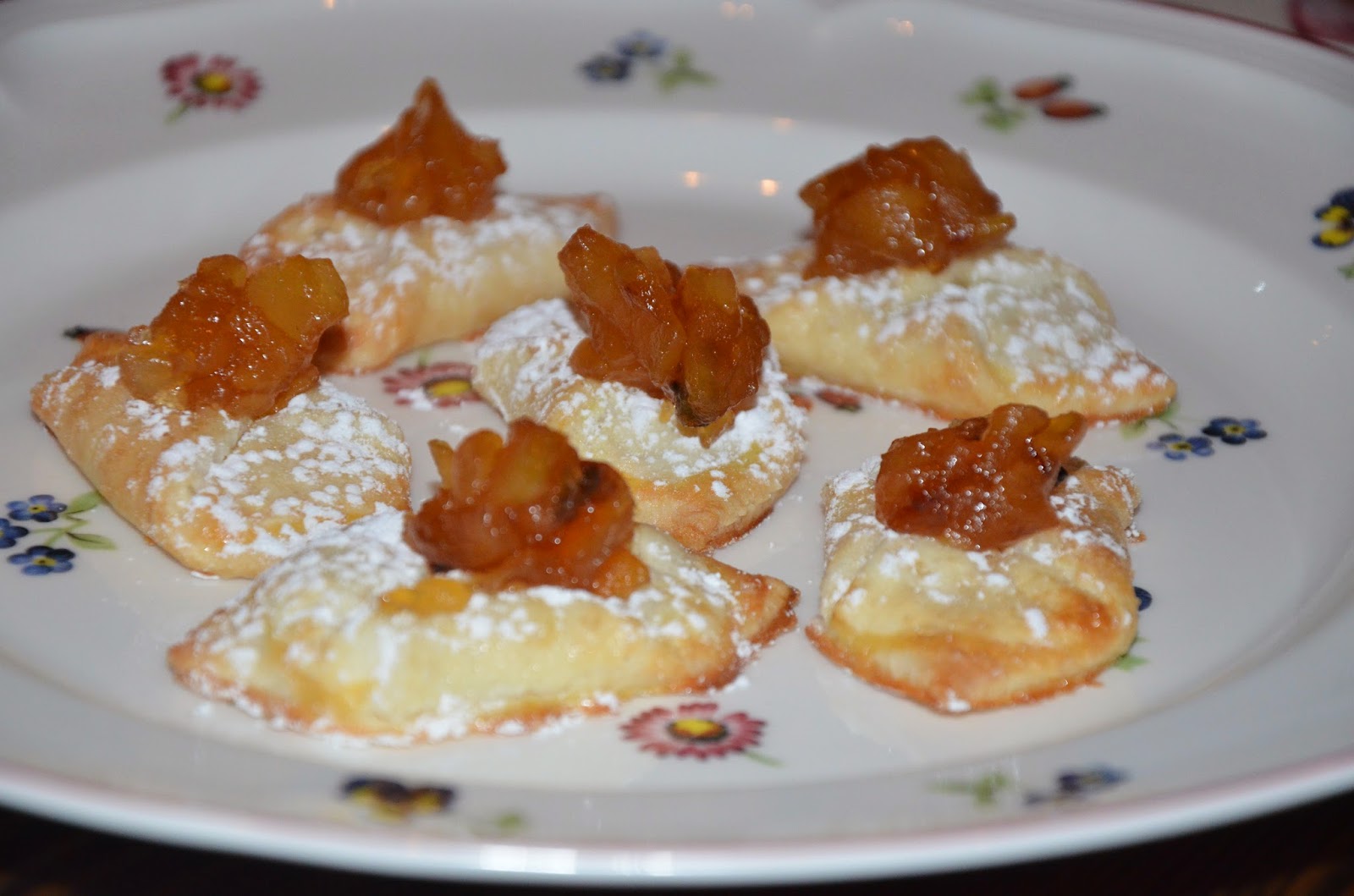 This was a foodie event that I really enjoyed as it not only featured some of the best food you'll find in the Czech Republic, but introduced us to the culture and history of this land that I sincerely hope to visit one day. Honestly, it's been at the top of my bucket list since I saw the movie "Last Holiday" starring Queen Latifah. It's remained one of my favorite movies as it's a comedy and romance and adventure all rolled into one that highlights the beautiful landscapes, architecture, food and culture of the Czech Republic. Kind of funny that Queen Latifah influenced my travel bucket list, but she did. After this little glimpse further into the Czech Republic, I want to go there all the more! For more information on the Czech Republic, visit www.czechtourism.com.