Random meal of the week

It's time for another "Random Meal of the Week" post. I picked up some pre-seasoned lemon pepper basa from the seafood counter at Strack and Van 'Til and served it up with some long grain rice (and green beans, which hadn't made their way to my plate before I took this.)

Basa was new to me. The lady at the seafood counter described it as a Japanese white fish that "didn't taste at all like catfish and was more like orange roughy."

As I did a little poking, I learned that it is actually a catfish variety from Vietnam. The headlines on many other items that came up in a search spewed a lot of negative info on basa. It's hard to know what to believe, but this article was an interesting read. Like the author of this article, I tend to lean more toward the belief that it may not be for sale in American markets if it was so completely dangerous. I was leery of it because of the price, though At only $3.99 a pound, I wondered how good it would be. 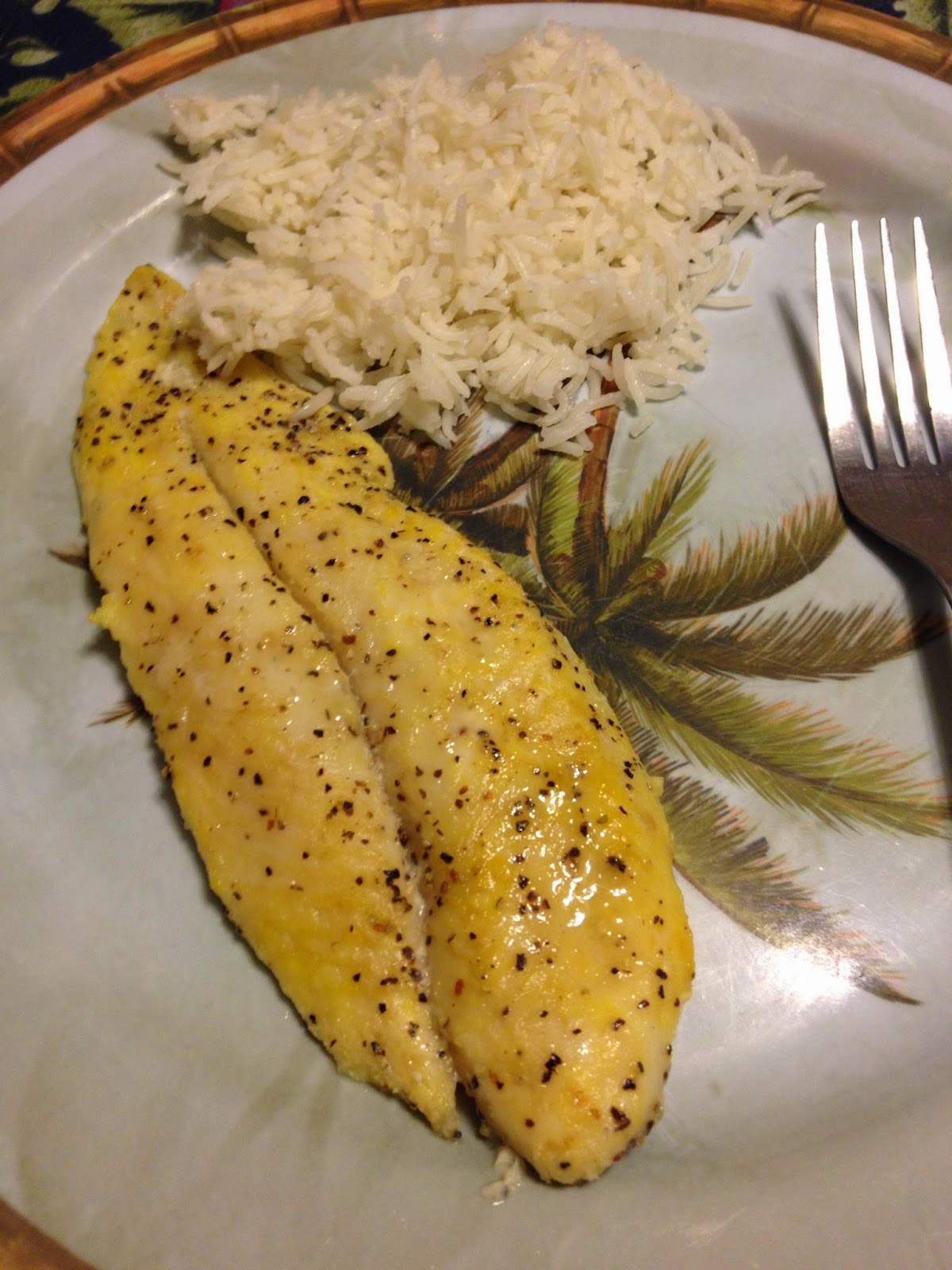