I've been trying to come up with some quick easy meals to throw on the grill now that the heat has finally hit in the Chicago area. My husband hates when I use the oven in the summer months as the air conditioning just doesn't like to keep up after a marathon morning of making cupcakes and pizzas and other goodies. So, most of the cooking is happening on the grill these days.

This meal was an easy one and one that I simply adore. I have always loved hot ham and cheese sandwiches. I've seen recipes similar to this one called "Funeral Sandwiches" or "Dutch Sandwiches." I call them sliders as they're made on mini-sized rolls. Plan to make them in big quantities because most people could easily eat two. Probably three. Maybe even four if you are talking about a famished teenage boy.

So, here's how to make these easy, yummy sandwiches for a quick lunch or dinner.

In a large foil pan, lay out bun bottoms. Add two slices on top of each bun, followed by a slice of cheese. Add a thin coating of spicy mustard to each bun topping and cover bottom buns.

For the next step you can either melt your butter with seasonings and brush it on the top of buns or add about a 1/3 of a pat of butter on top of each bun then sprinkle with seasoning. My brush went missing somewhere between the indoor kitchen and the outdoor kitchen, so I had to go with the second option.

Cover with foil and place on a grill heated to about 300 degrees on indirect heat. Leave on grill for about 10 minutes or until cheese and butter has melted. 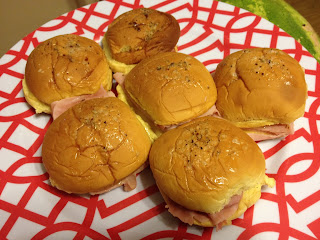 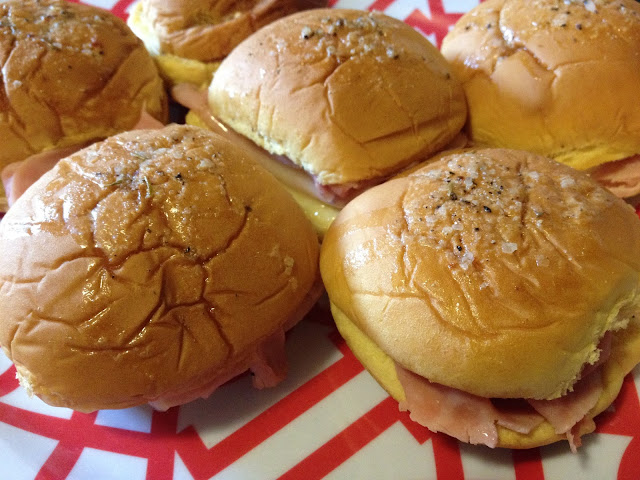