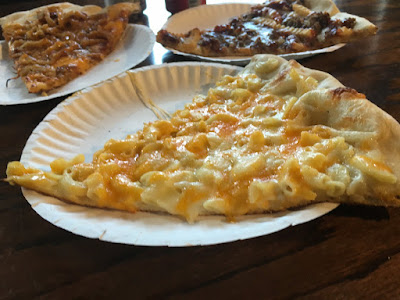 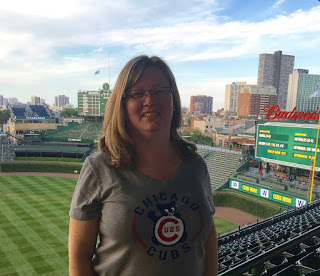 I went to a game over Labor Day weekend with my oldest son. We had planned on a pregame visit to an area eatery, but got on the road too late. So, we decided to eat at the game and maybe stop for small bites or dessert after. We had our standard hot dog when we got to the ballpark, but a few innings inn we were getting hungry. I figured I'd get one of those delicious mini Giordano's stuffed pizzas for my son and I to share. So, as the 4th inning was ending and I made my way over. Got in line and waited through the entire 5th inning and it was top of the 6th before I finally got up to order. They were out of pizza and were done cooking it for the day. How disappointing! I know that by the 8th inning they are cleaning up and not making more food. But it sucked that I went to get pizza in the 4th inning and found out they were out.

So, afterwards we decided to find somewhere to grab a bite. And I was kinda craving pizza since I didn't get any at the park. I didn't want to sit in a noisy sports bar. And didn't really want to spend a long time dining, so was hoping to find somewhere quick and casual where we didn't have to get our meal from wait staff. We walked down Clark and spotted the sign for Big G's Pizza by the Slice, which was empty. A sign outside said "Best Mac N' Cheese Pizza in the City." Since I had never had mac and cheese pizza, we decided to pop in. Luckily, it was empty and slow. You ordered at the counter. A pizza would take about 20 minutes, but they had a counter full of specialty pizza available by the slice, so we went with that. 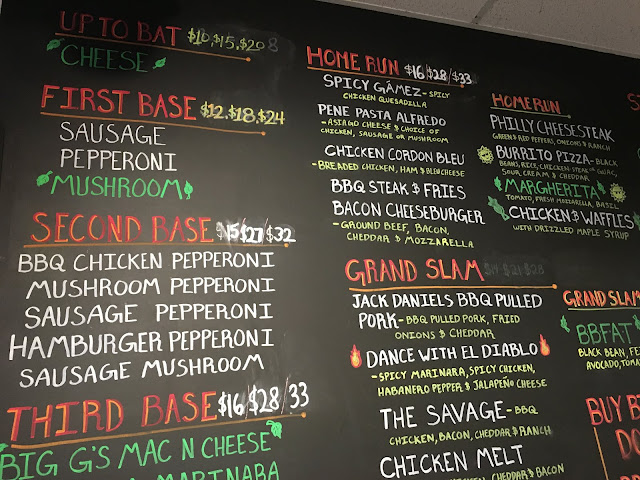 This place takes specialty pizza to a whole new level with a lot of fun and some wacky creations. Keeping with the baseball theme of the Wrigleyville neighborhood, the menu is split into different sections - with more ingredients and some more premium varieties as you move up (Up To Bat, First Base, Second Base, Third Base, Home Run and Grand Slam.) You can also create your own.

There are even some on the sweeter side:

We tried three. I had to, of course, give the Mac and Cheese pizza a try since it's what drew me in in the first place. It's sounds more crazy than appetizing, but I was really loving it. The mac and cheese was really creamy and gooey and the crust is a thin one with a fabulous crunch. I haven't had other mac and cheese pizza in the city, but this was pretty good, so I can see why they boast on their signage that it's the best one in Chicago. 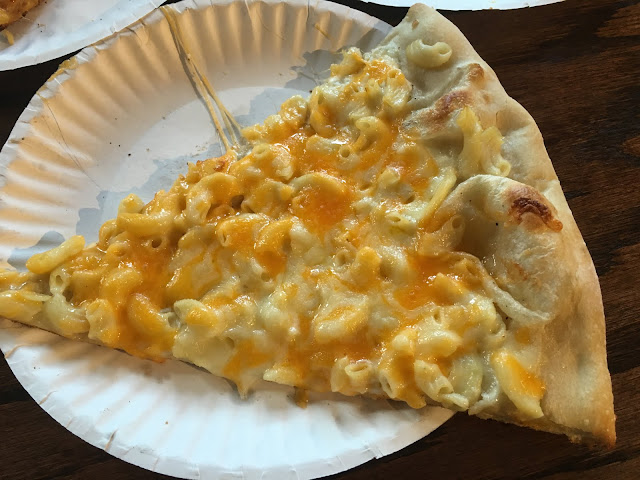 Next we tried the BBQ Steak and Fries. This one was good, also, but I wish it had been a little lighter on the BBQ sauce. It would have been good without any BBQ sauce, in my opinion. The fries are a fun addition. 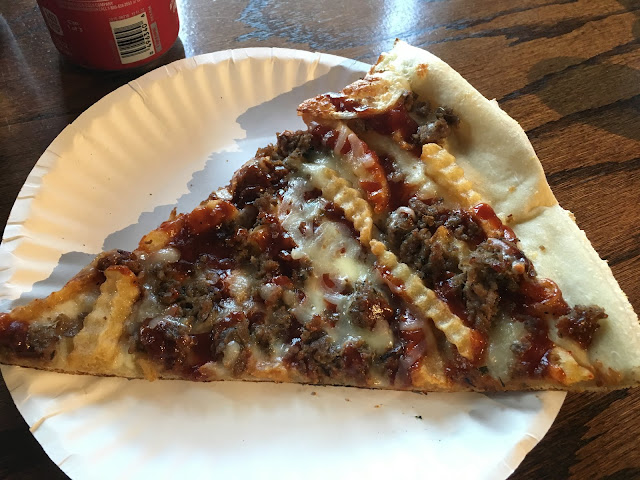 The last one I tried ended up being my favorite. It was the Jack Daniel's BBQ Pulled Pork with Fried Onions and Cheddar. This had the perfect proportions of cheese and sauce and pork. Really good flavor on top of that awesome rustic crust. 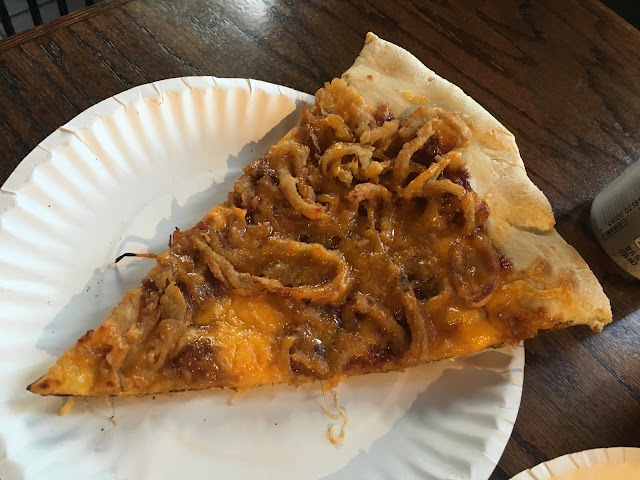 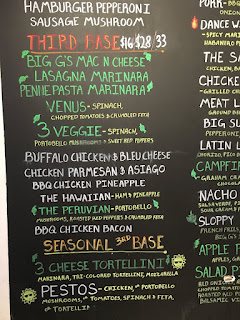 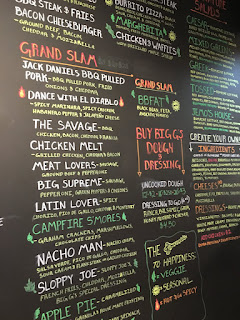 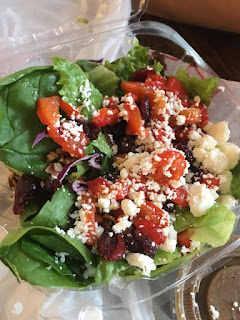 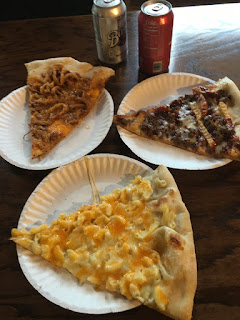 In addition to pizza, they serve wings and have several signature salads. I got a Mixed Greens small salad and it was really good. It had mixed greens, red onions, roasted red peppers, feta, dried cranberries, pecans with balsamic vinaigrette.

Slices of specialty pizza are $4.50 (cheese is $3.50 and sausage or pepperoni are $4), so you could get two large slices or a slice with a small salad and you'd walk away full for under $10. Way less than we would have paid at the ballpark for pizza. I was really glad we found this little place. It looks like they also have some limited time specials, like a gyros pizza offered earlier this summer and a goldphish pizza when Phish played a concert at Wrigley Field. So, if you are visiting the Friendly Confines for a game or a concert, swing by for a slice of one of their unusual pizzas. And even if you aren't heading to Wrigley Field, it's worth an out-of-the-way visit. Oh, and by the way...they are BYOB and have free wi-fi.