The youngest of the von Trapp children, Johannes, started the brewery at the Trapp Family Lodge in Vermont. I had no idea the family had a lodge and resort there and that the youngest von Trapp child, who was fond of Austrian lagers, opened a brewery there in 2010.

I received a seasonal winter beer bucket from GourmetGiftBaskets.com before the holidays to sample and review for a post and this was one of the beers that was included. It's a dark, heavy bitter brew typical of winter versions that tends to warm you all the way through.

I was fascinated by the story behind the brewery and will have to seek out some of their other beers, as well. For more information, visit vontrappbrewing.com. 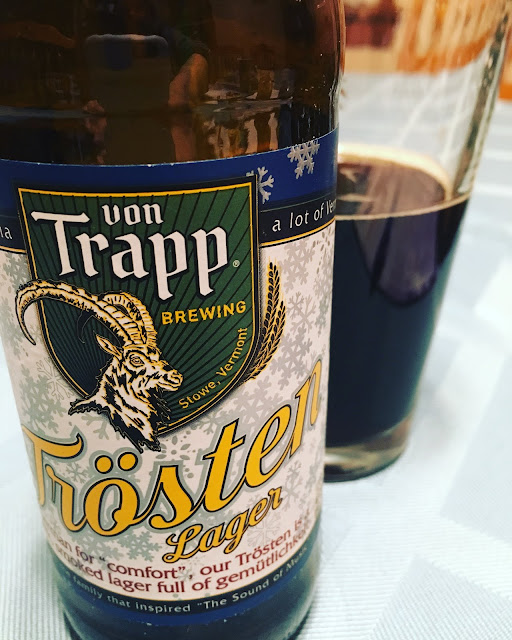