Blue Chip Brewfest was one of the first big ones in the area when it debuted eight years ago. It’s THE annual brewfest in Michigan City and attracts over 2,500 beer lovers. Last year’s event sold out - so be sure to get your tickets soon if you want to get in on this awesome get-together of many of the most popular breweries in the Midwest and beyond, taking place on May 5. The event will feature more than 300 brews from more than 70 speciality breweries.

This past week I had the opportunity to attend their fun Blue Chip Brewfest Media Preview, which I’ve been to a couple times in the past. At the event, we get a chance to chat with reps from about a dozen of the breweries that will appear at the fest and try the beers they will be pouring. We are also treated to specially-prepared pairings created by Chef Nic Manning. He is a culinary genius who put together such fanstastic pairings as Korean Buckwheat Noodle Salad with Greenbush’s Star Chicken Shortgun, Corn Fritters with Chipotle Aioli with Zorn Brew Works’ Gold Grain Cream Ale, Shrimp Grapefruit Salad with Pink Cowbell Milkshake IPA from Off Square Brewing and Beer Battered Scallops with Red Pepper Rouille matched up with a favorite craft classic, Bell’s Oberon. I did my best to get in a bite and a sip of each pairing because they all sounded and looked so amazing that I didn’t want to miss out. 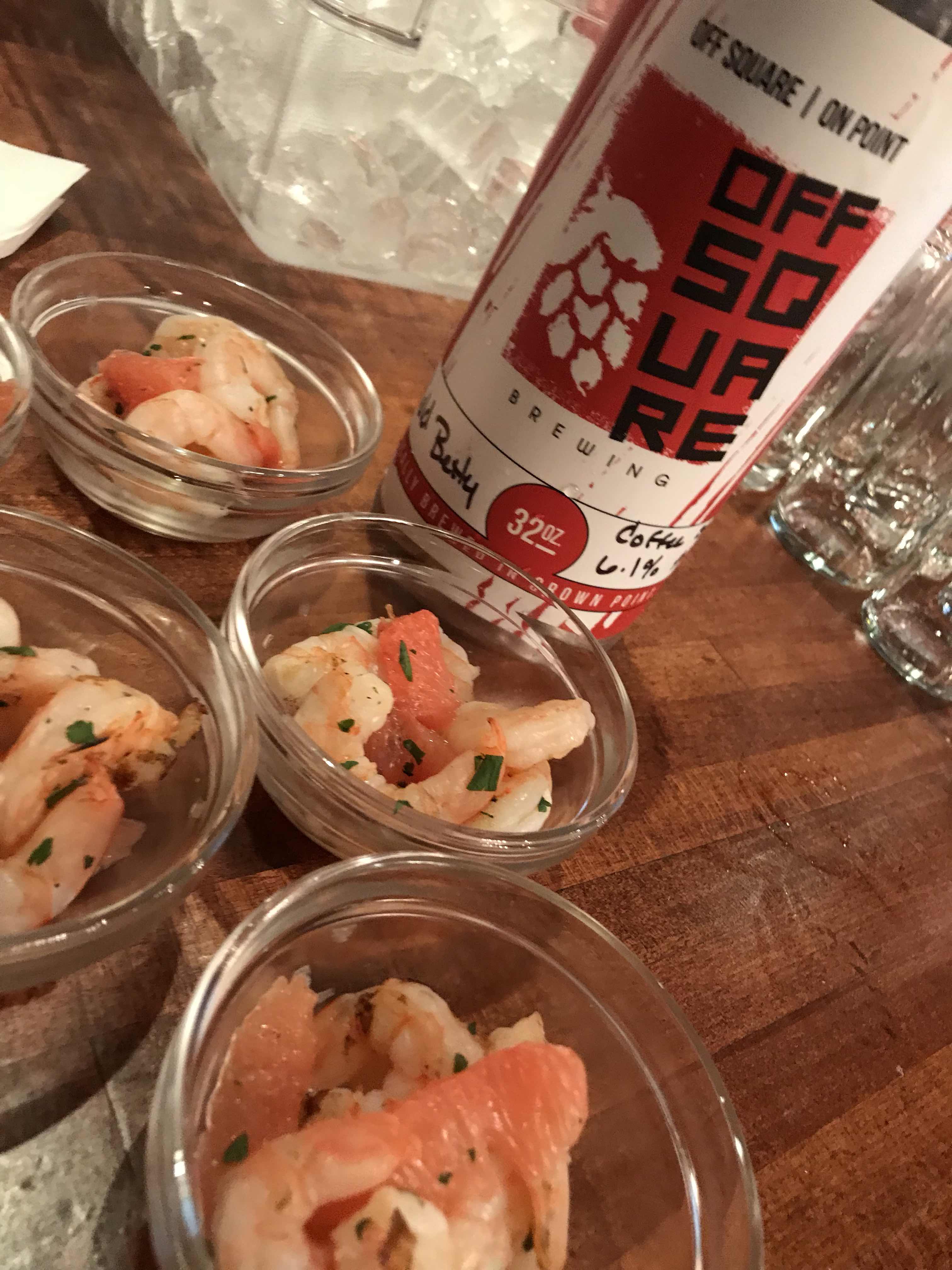 Unfortunately these pairings were kind of a one-time deal, with the exception being some of the dishes paired with Revolution Brews as they’ll be the featured brewer during the Brewer’s lunch that will be part of the May 5 event for those purchasing the Brewmaster's Package. 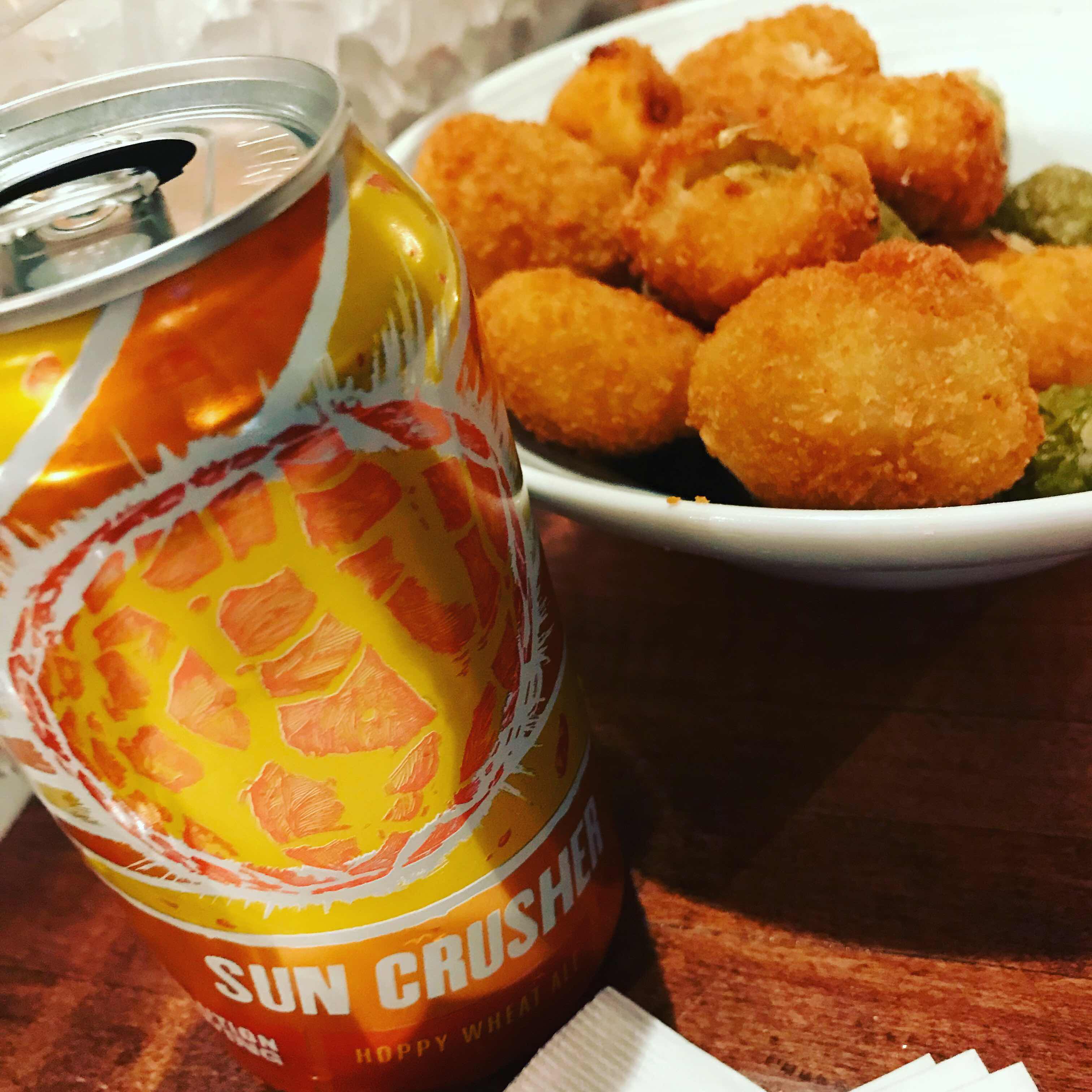 There are three different ticket options for the fest:

$75 for VIP package - includes main tasting event (with early entry at 1 p.m.) and Upland Beer tasting with brews from the Wood Shop in Sam’s Town Ballroom from noon - 2 p.m. and a commemorative glass and t-shirt.

$99 for the Brewmaster package - includes lunch with Josh Deth from Revolution Brewing in the Orland Ballroom from 11:30 - 12:30 p.m., two pint glasses, two t-shirts and entrance into the VIP event and main tasting event.

A designated driver ticket is available for $15 with complimentary specialty soda and water.

Tickets can be purchased at Ticketmaster.com or at the Blue Chip Casino Gift Box in the casino pavilion. All attendees must be 21 or older with a valid state or government-issued ID. 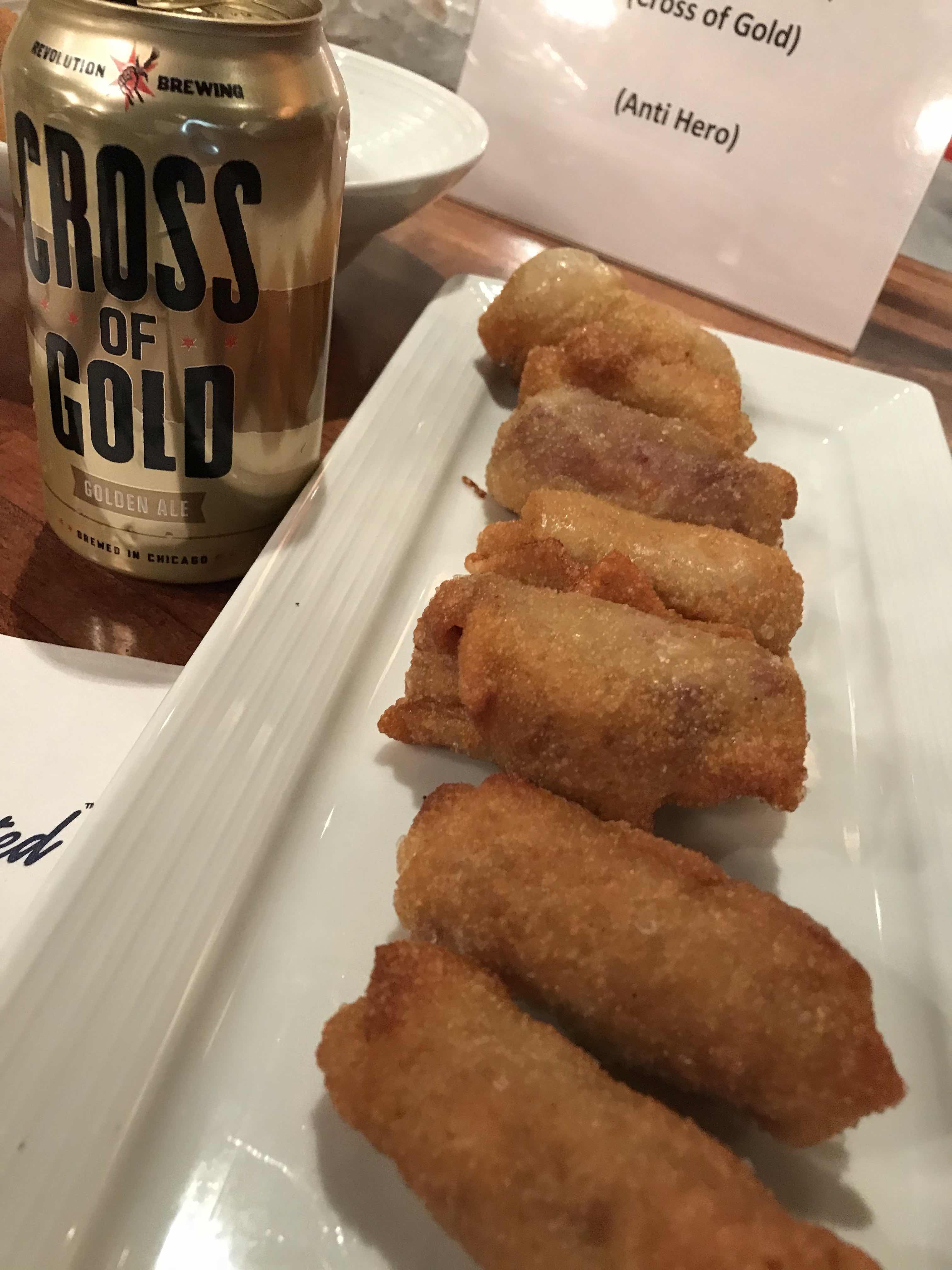 A silent auction will be held during the event for premium items and beer-themed collectibles with proceeds going to a local charity. 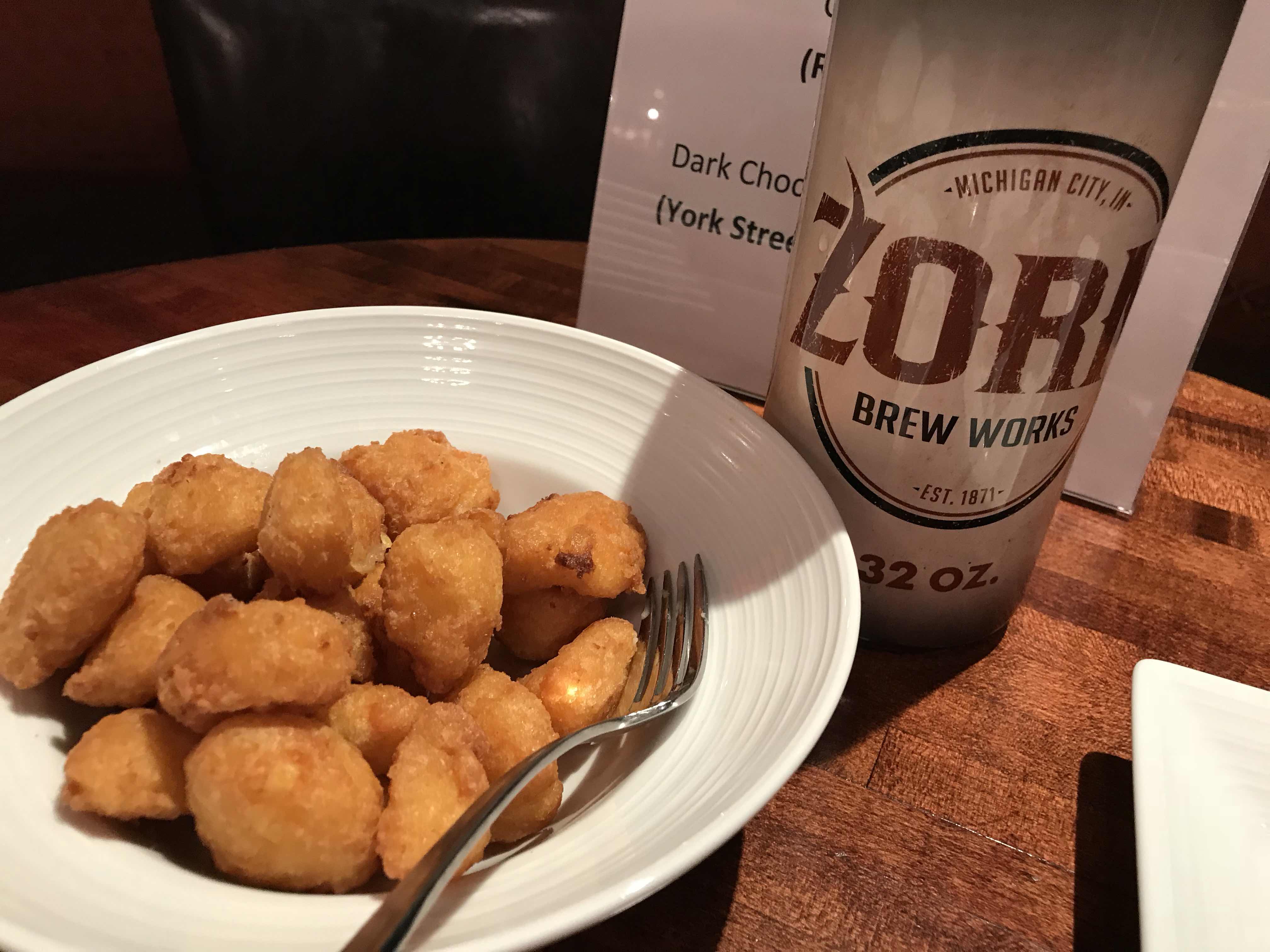 Food available for purchase at the event will include hot dogs, nachos, tacos, bratwurst and pretzel necklaces. All of the Blue Chip restaurants will also be open for dining. Our event was held in It’s Vegas Baby! And I took a peek at the restaurant menu before we left - there are some nice options of upscale sandwiches and impressive entrees - some more casual meals but with an elevated twist. 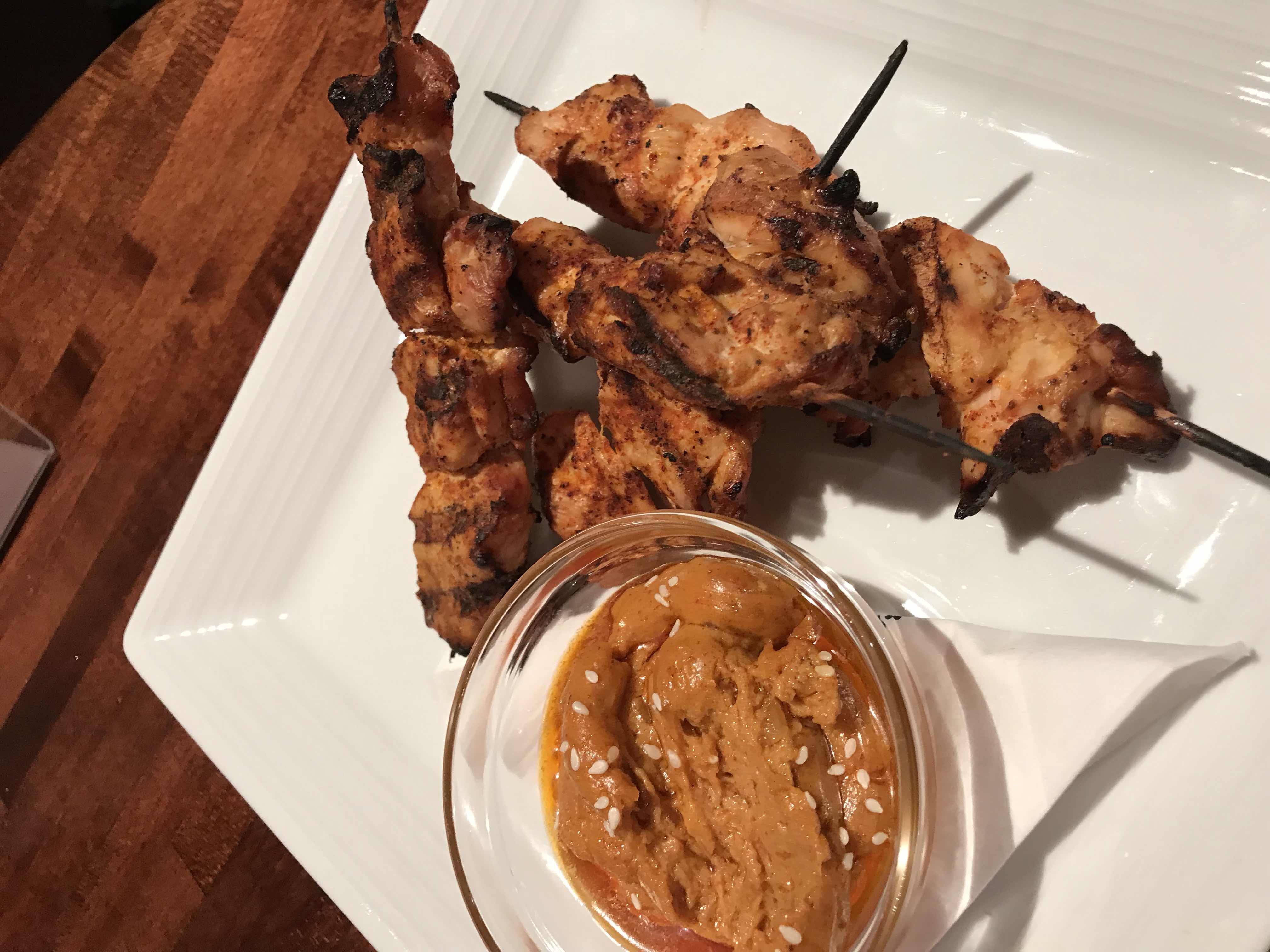 If you’re a beer lover and have never been to the fest, it is definitely the place to be to sample from dozens of the best breweries in the Region and even from across the country. It’s a rare opportunity to try so many beers from so many craft brewers all in one place. 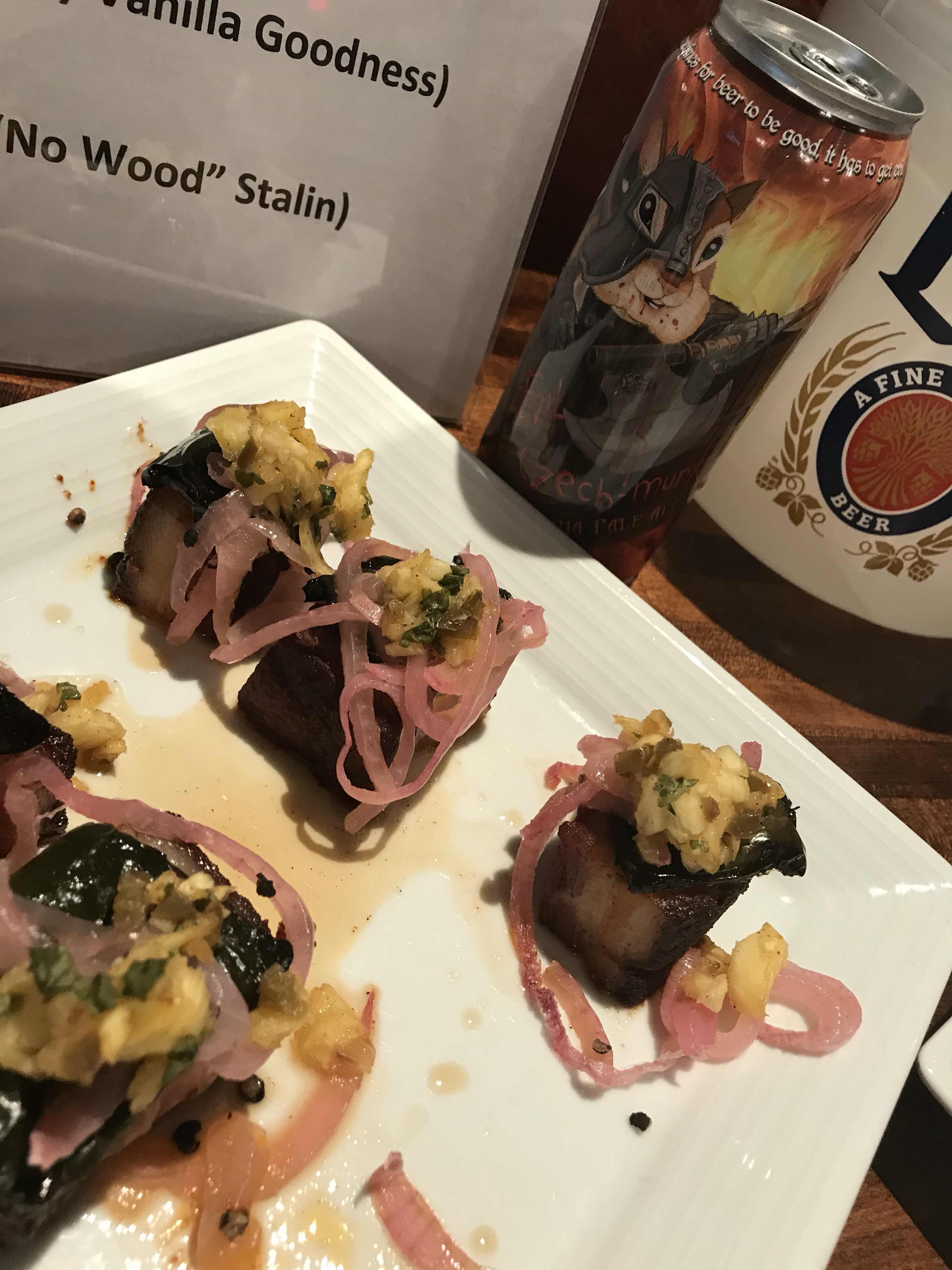 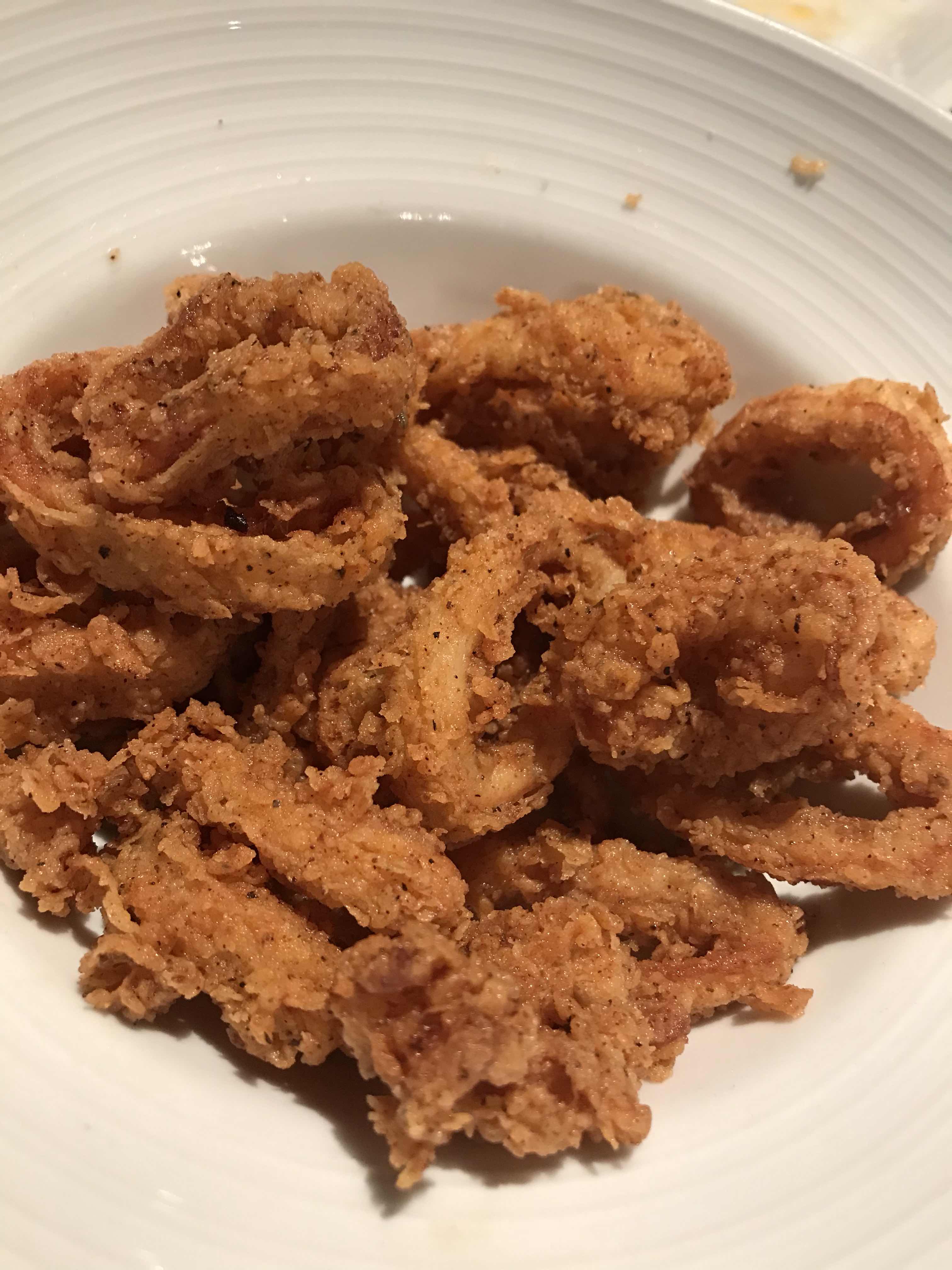 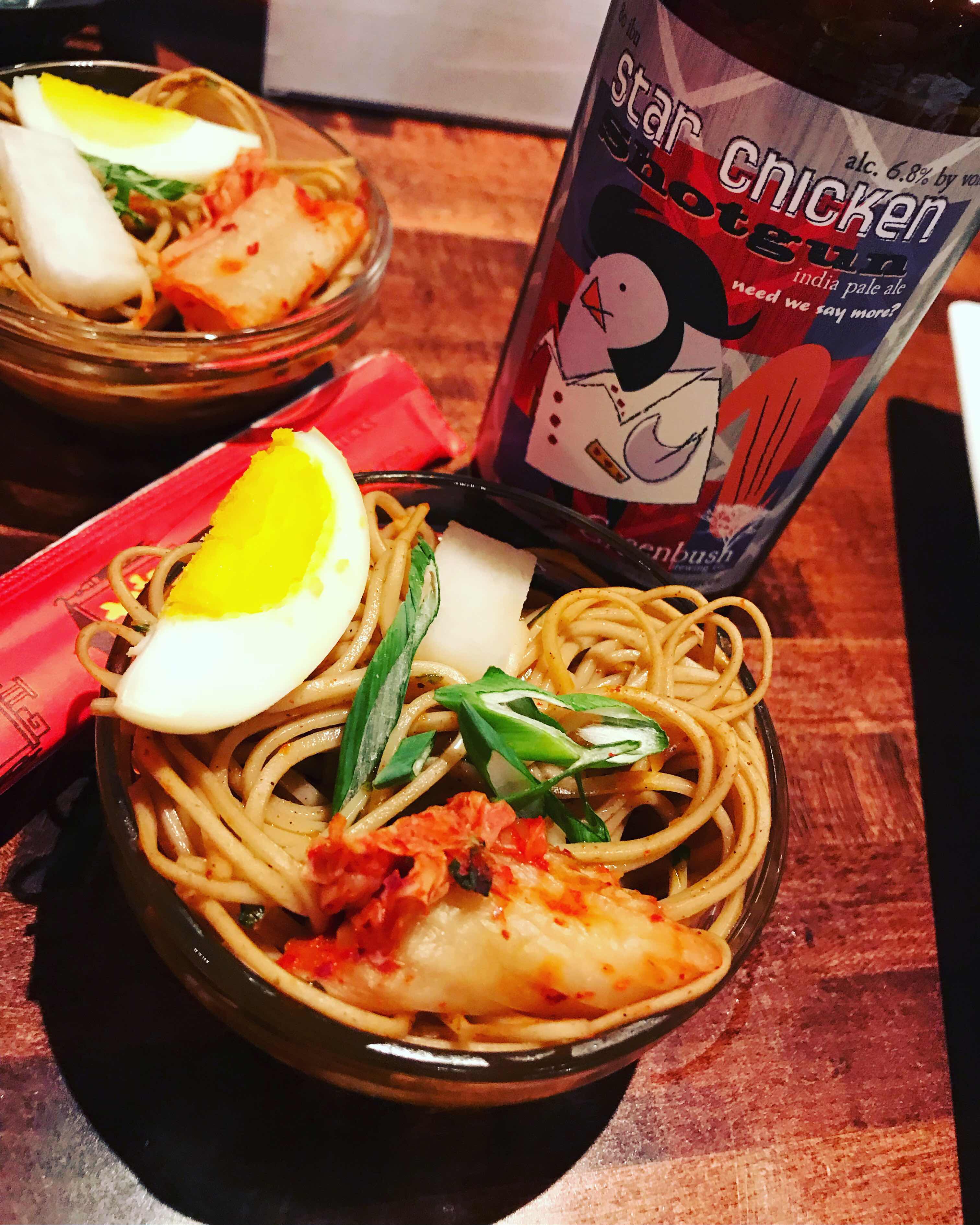 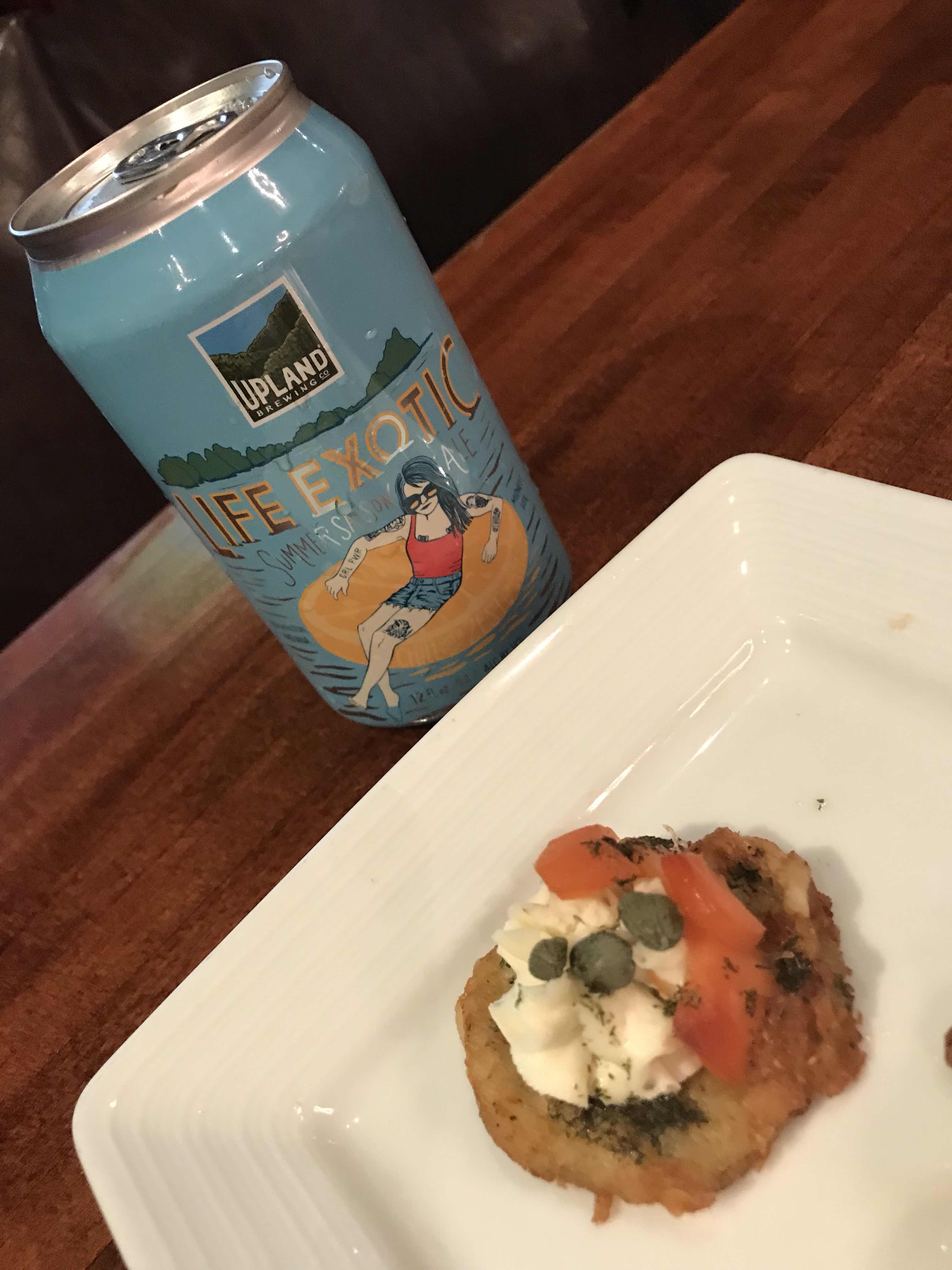 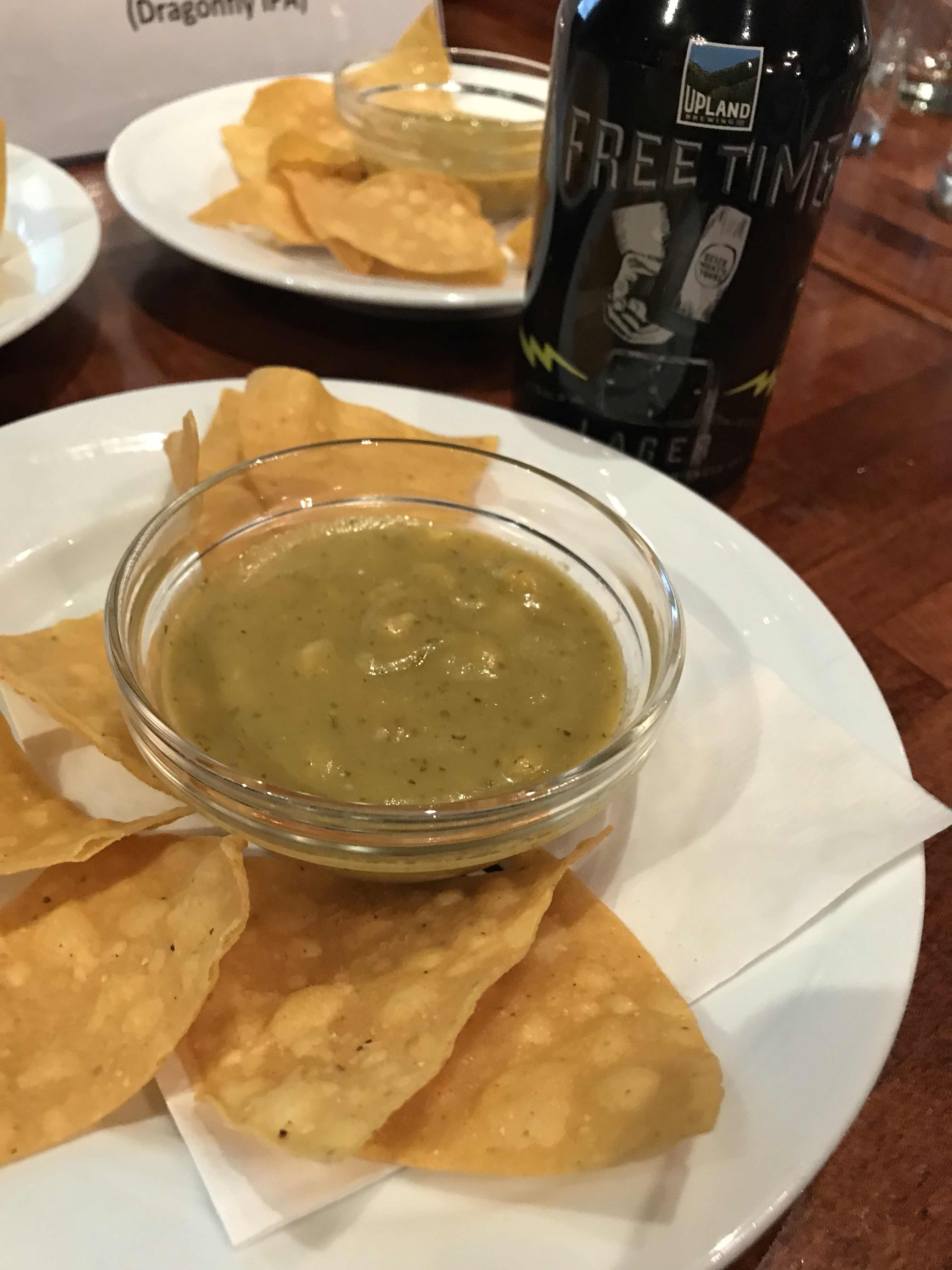