The Buzz in Kenosha 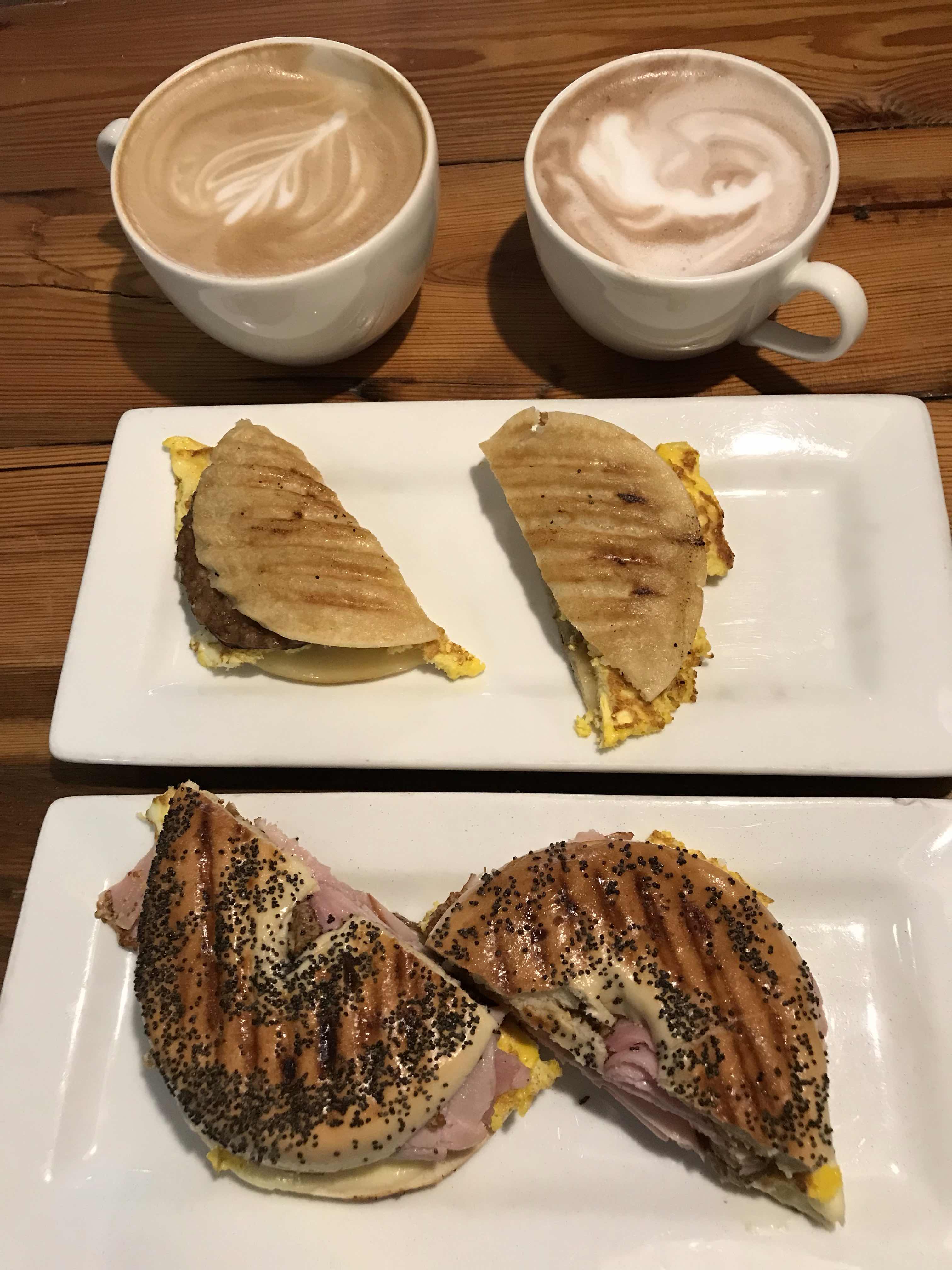 On our recent visit to Kenosha to check out some places for Kenosha Restaurant Week, we stopped by The Buzz for breakfast. I got a hot chocolate. Hubby got a fancy coffee drink - a vanilla spice latte, I believe it was. 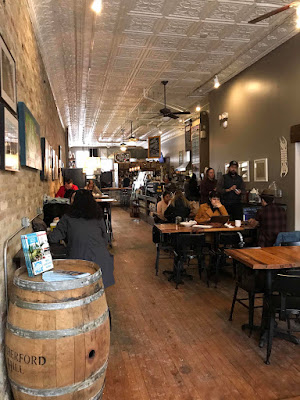 Then we went up to peruse the breakfast menu, which was a list of 8 creative wraps and bagels. I decided to get the "French Connection: with ham, brie, whole grain mustard and egg and caramelized onion on a poppyseed bagel, which was delicious. Paul got the "Sausage & Syrup" sandwich - an egg, maple syrup, smoked gouda and sausage between two little pancakes. I'm usually not much of a pancake or sweets-for-breakfast person. I usually prefer savory, but I tried a bite of his - and then had another and then another and ate half his sandwich.  Breakfast is served from 7 - 11 and after that you can choose from a variety of sandwiches. 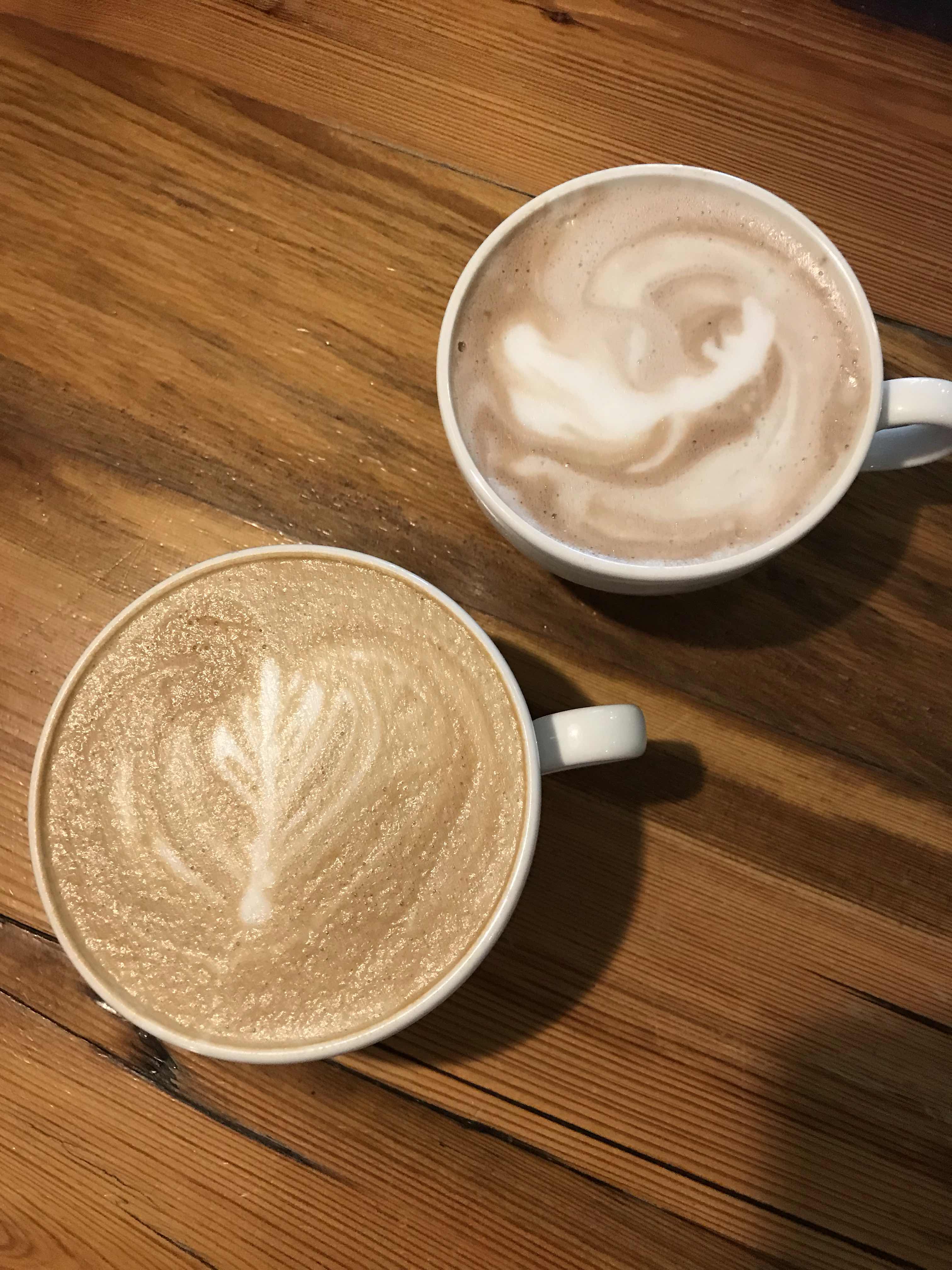 They also offer charcuterie boards starting at 2 p.m and on Thursdays after 4 p.m. the boards are 25% off. You can customize them by making choices among their cheese, meats, spread, breads, oils, fruit and nut options. We were there a little early for it, but I'd love to go back and try one sometime. I spotted Moon Rabbit cheese in the case, which is an aged cheddar hand-crafted in Wisconsin, which is described as having a sweet finish and bathed in Green Chartreause. Sounds incredible and I was a little bummed that I didn't get to try it. Next time!

After we finished up, hubby noticed that they had a full bar - and even though it was like 10:30 a.m., he decided that an oatmeal stout could count as breakfast and he had one of those while we lingered and watched the snow blow around outside and I scrolled through my Instagram feed. The full-service bar opens at 10 a.m. 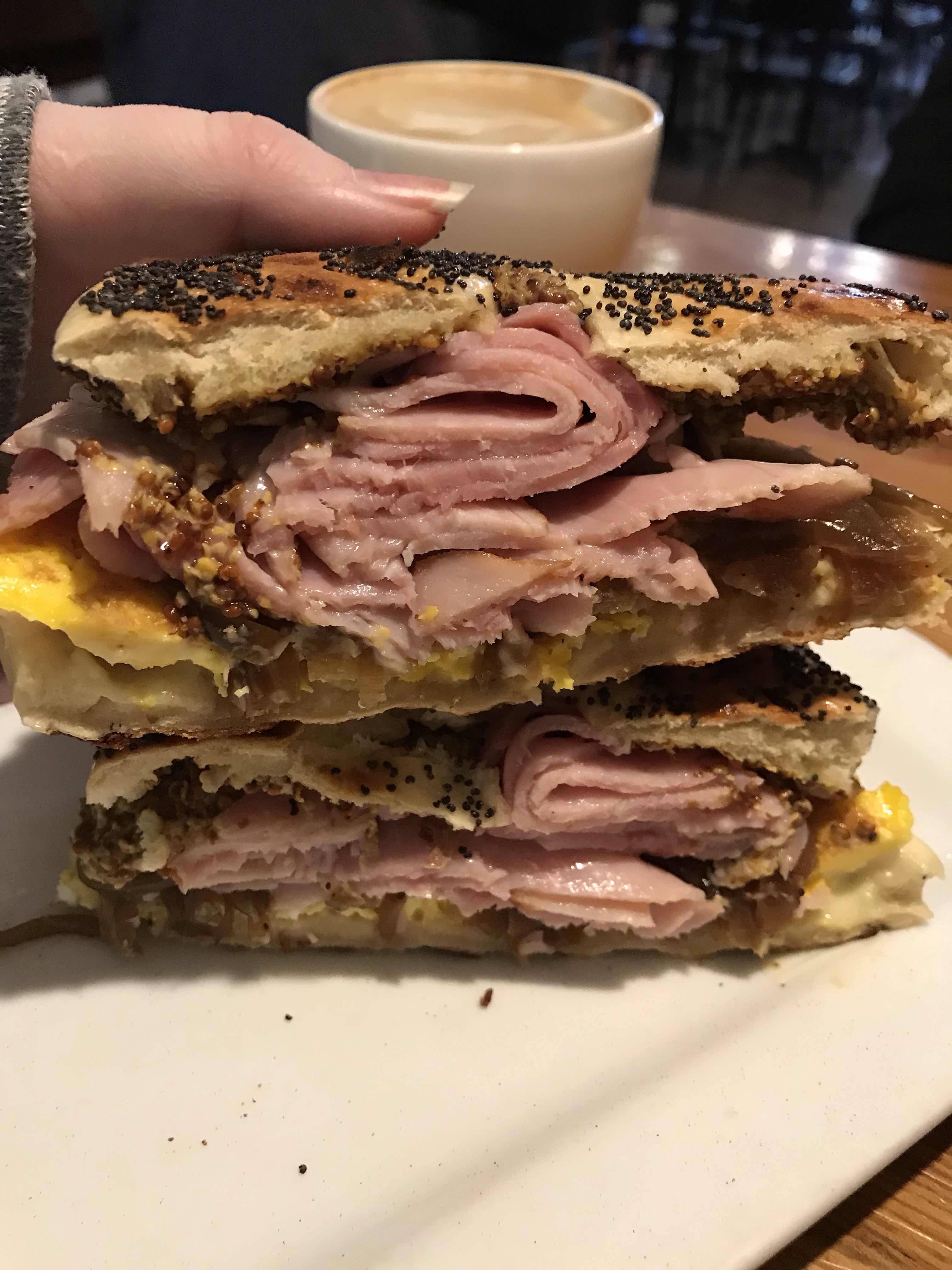 It's a cute place with various spots to sit and mingle or work. I'd love to have a spot like this close to home. It was super cozy. Next door is their sister restaurant, Sazzy B, a more upscale spot that offers dinner starting at 4 and also does a weekend brunch. I took a peek at their menu and some of the selections really sounded wonderful, so it's on my list for our next Kenosha trip.

Kenosha Restaurant Week continues through February 10, so you can still get there and take advantage of some of the restaurant week specials. If you're in Kenosha, it's a great place to stop for a coffee or some bites or a pint. They also have a big wine wall in the back and a refrigerated case of some local craft beers that you can purchase to take with you.

**Our visit was hosted by the Kenosha Area CVB. I was not compensated for this post. Opinions are my own. 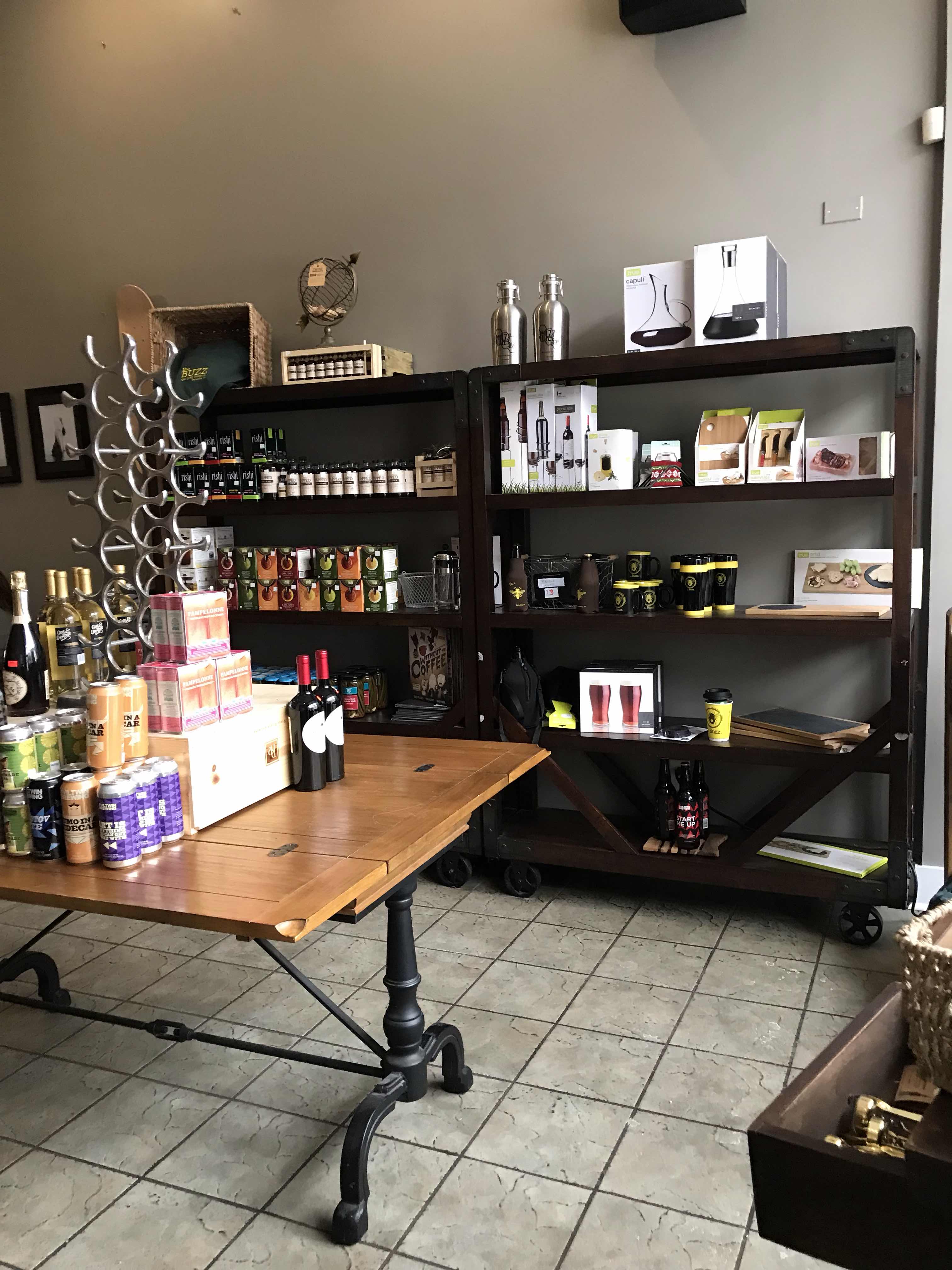 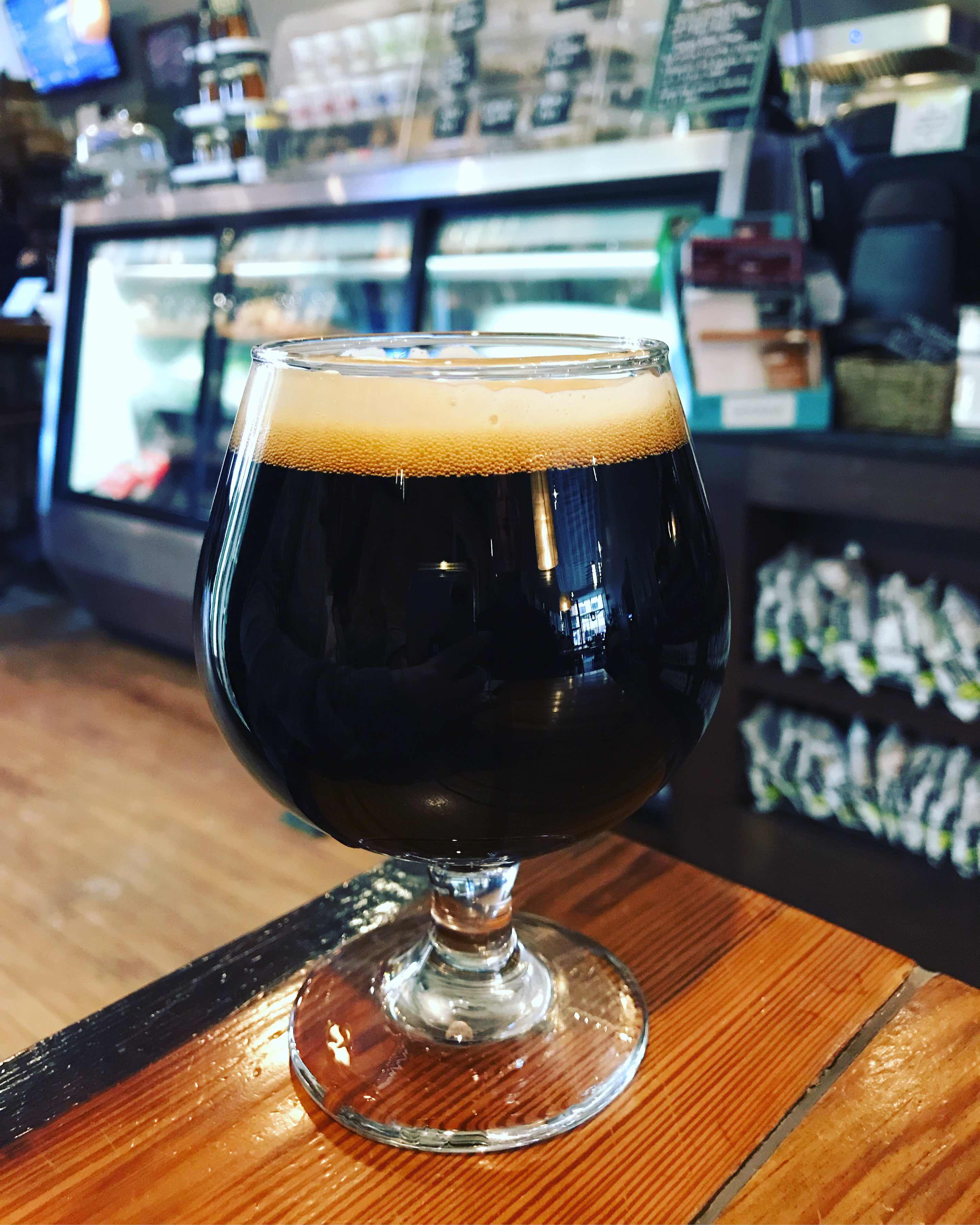 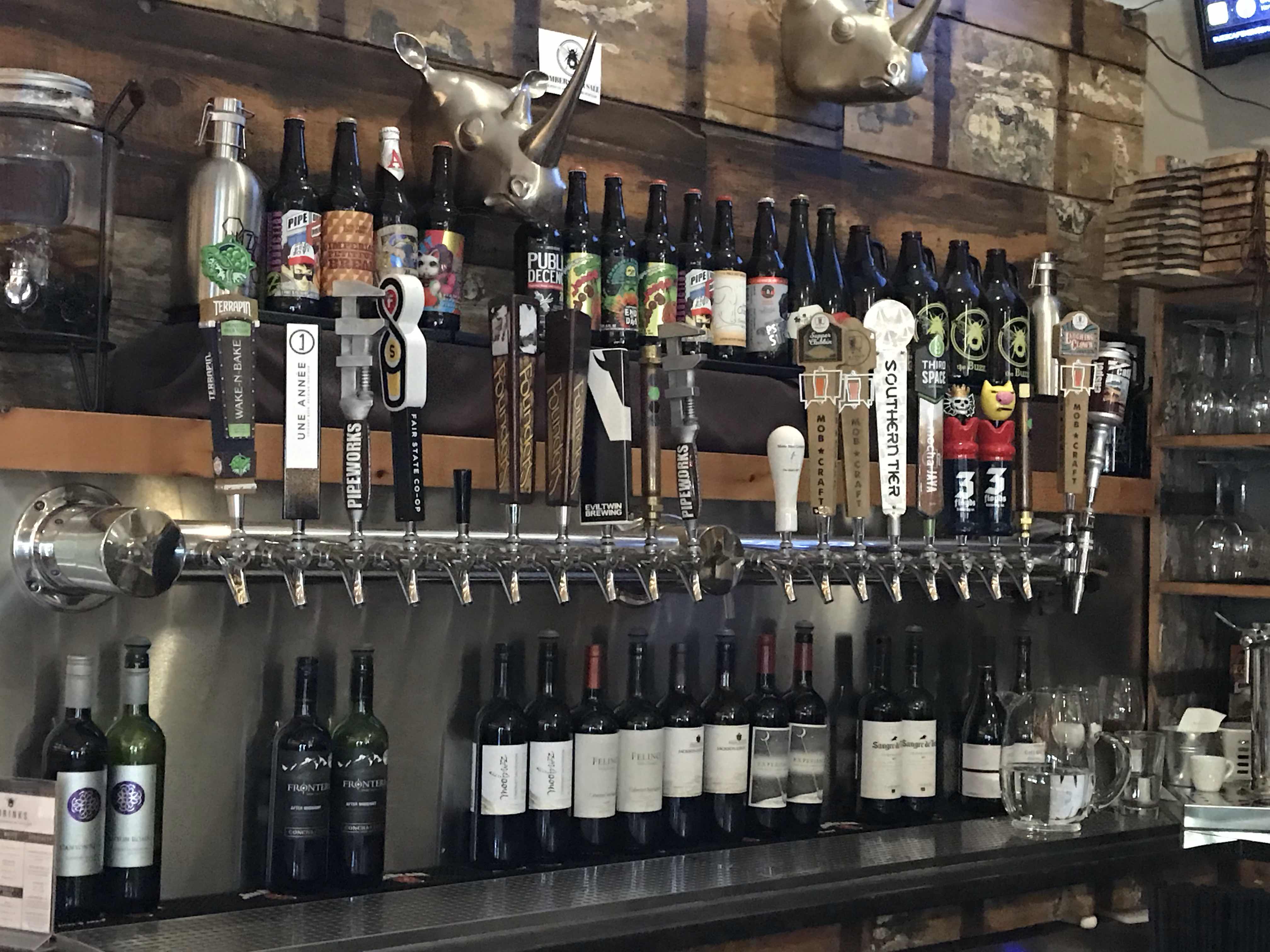 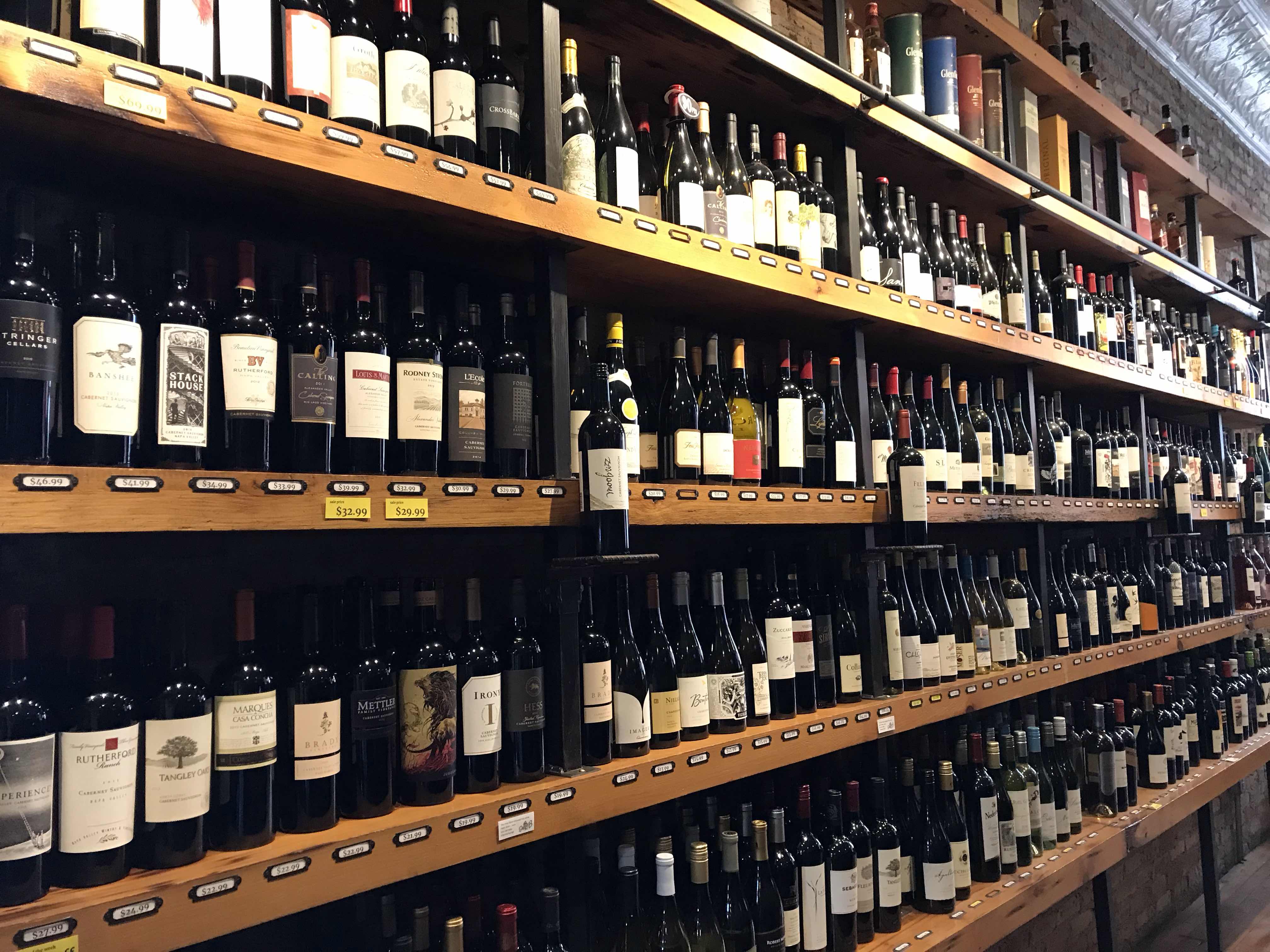 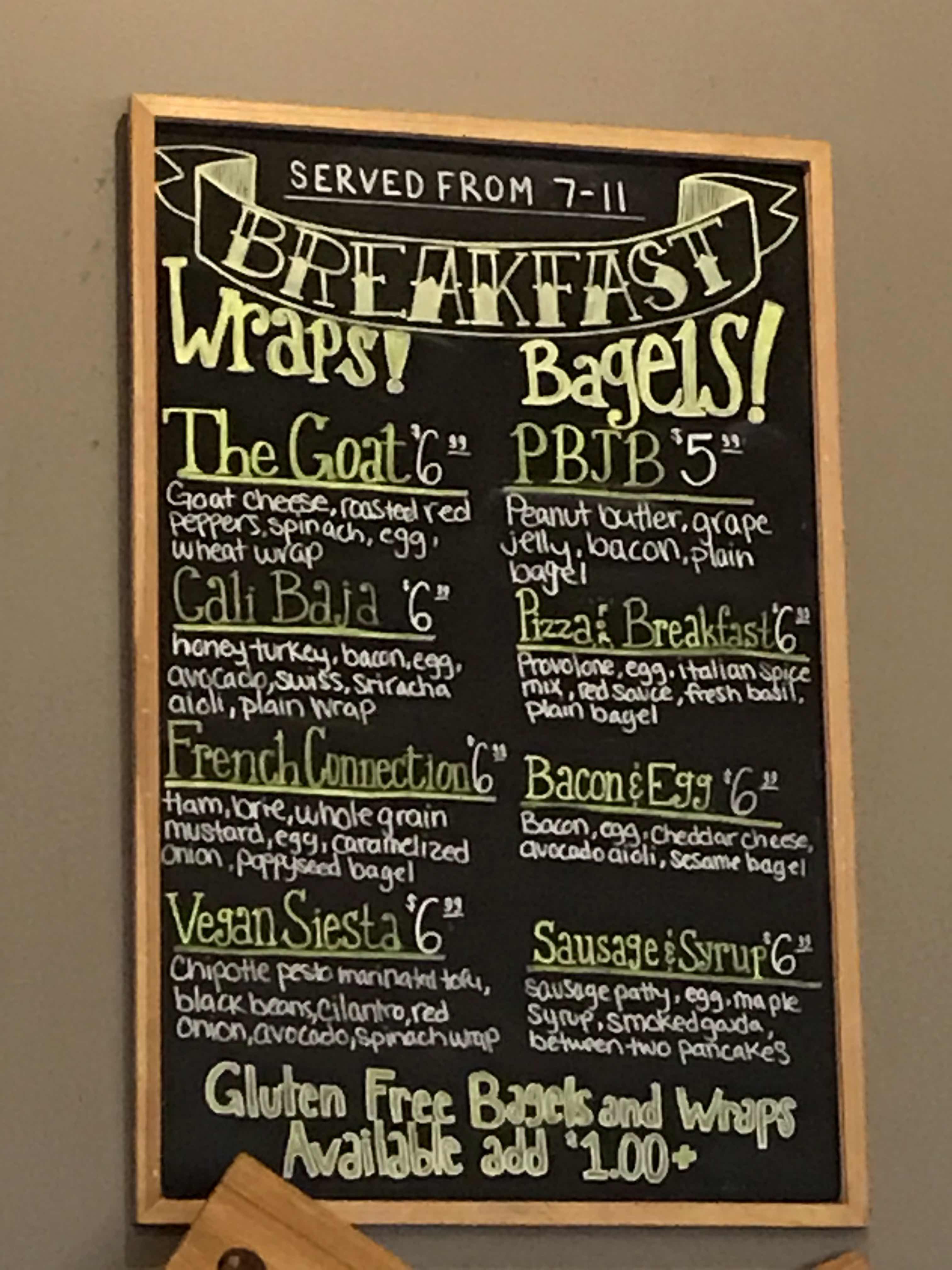 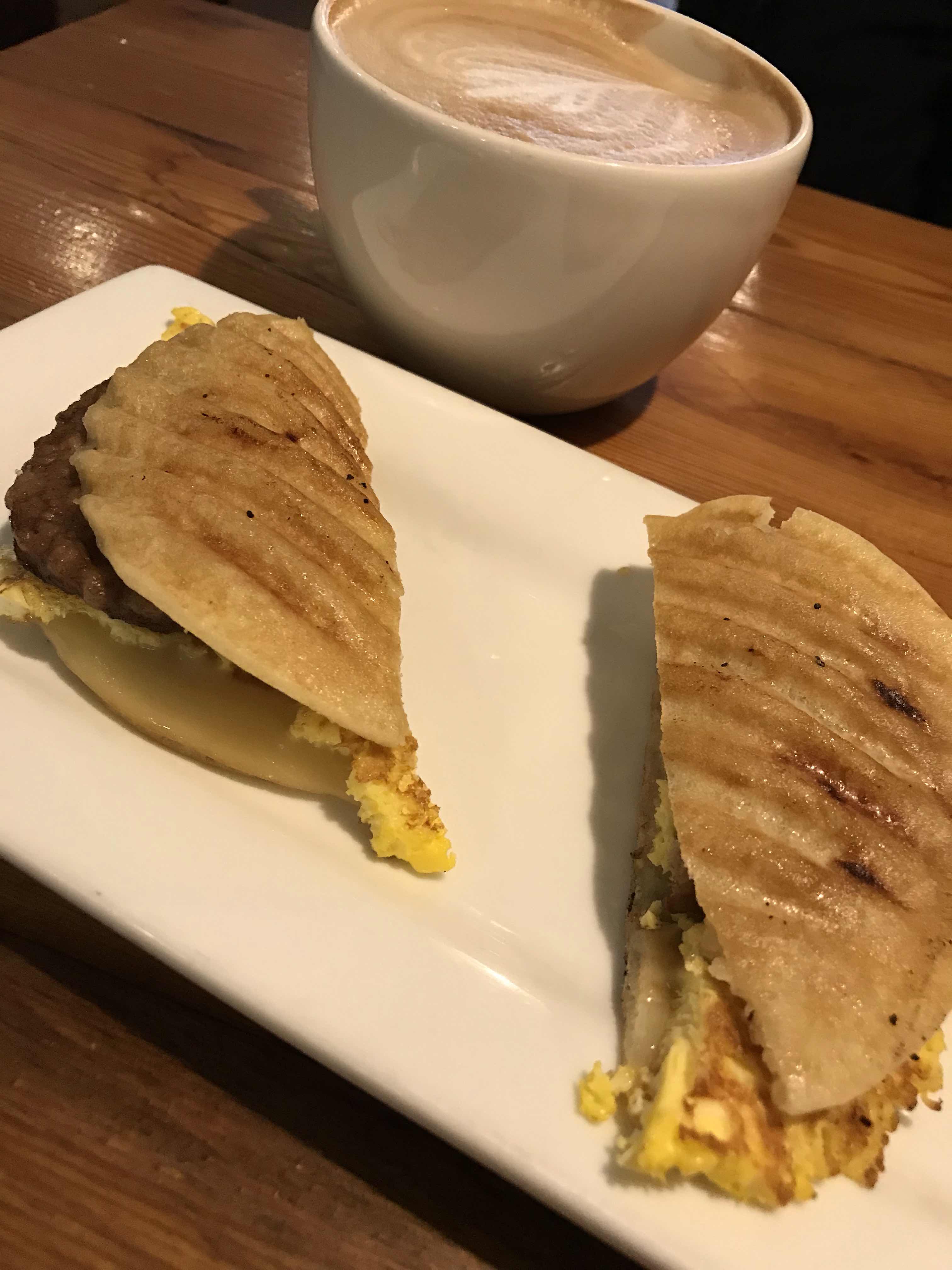