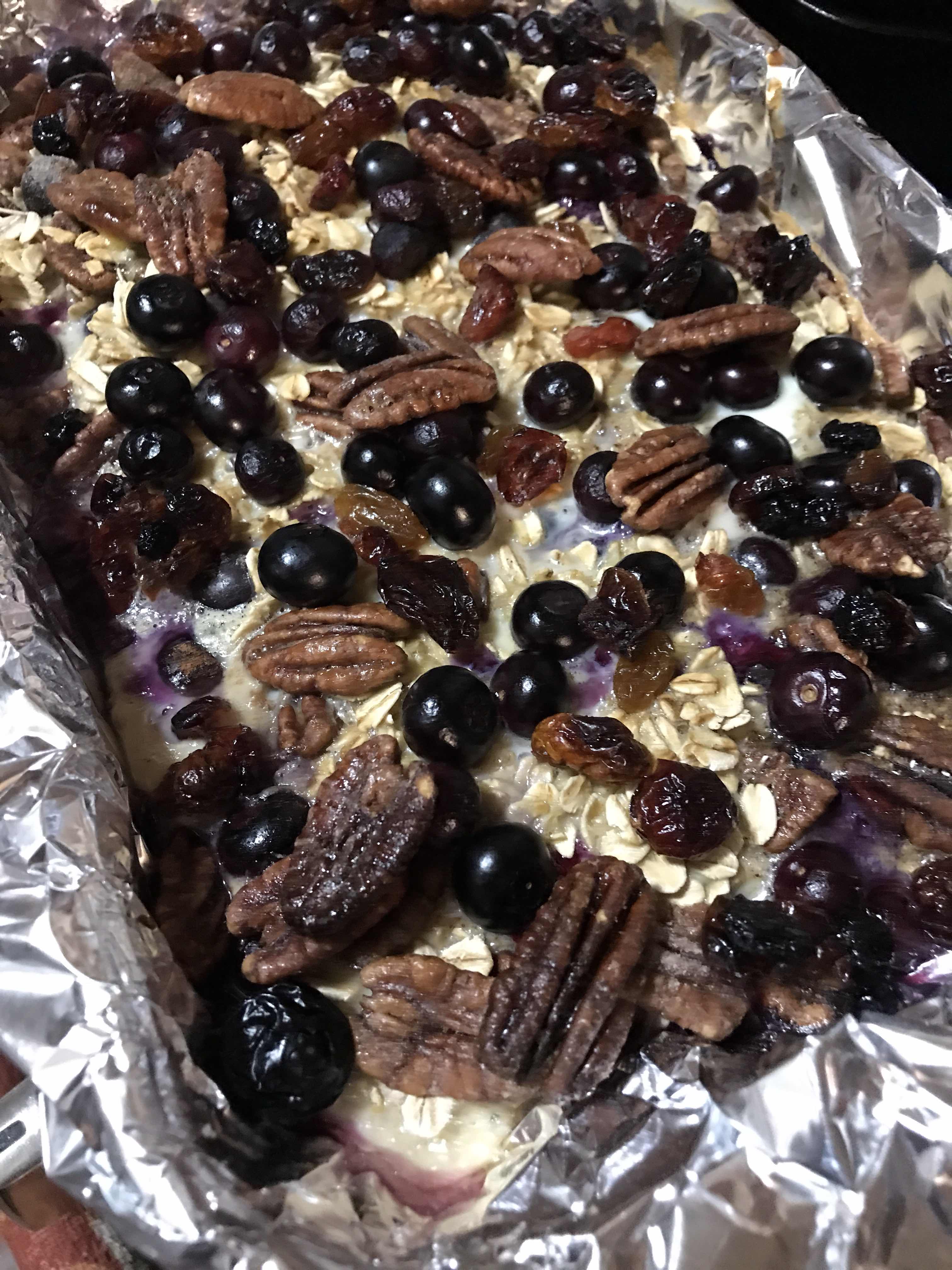 I'm not a big oatmeal fan, but hubby eats it occasionally for breakfast, so I made him a big pan of baked banana blueberry oatmeal so that he'd have breakfast ready to go for a few days. It's always better with some fresh fruit worked into it.

Preheat oven to 375. On a lined baking dish, place a layer of diced bananas.

In bowl, mix oats, cinnamon, salt and half the pecans. In a separate blow, mix milk, egg, vanilla. Add milk mixture to dry ingredients. Fold in half of blueberries.

Spread into baking dish and top with remaining pecans and blueberries. Bake for 35 - 40 minutes.