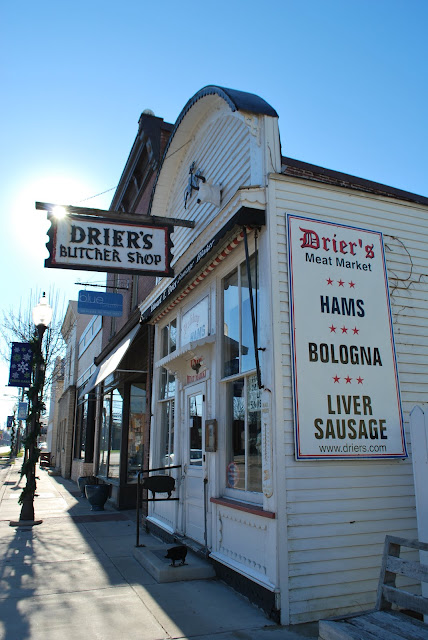 I just have to take a minute to share a favorite foodie place I've been thinking about that I haven't been to in a while - Drier's Meat Market in Three Oaks Michigan. It's a little butcher shop in SW Michigan that this year celebrates 145 years. 145 years!!!! That may not seem like a long time in the overall picture, but in the Midwest, it's a huge deal. The place is so special that it's actually a National Historic Site.

The building was first a wagon repair shop and in 1875 became a butcher shop. It's had two owners - the original owner, Alec Watson, who called it the Union Meat Market, and then the Drier family. Ed Drier, Sr. worked for Watson starting when he was 10 years old and he bought the store in 1913 and it's still run by members of his family. Not much has changed there at all. There's sawdust on the floor, old butcher tools decorating the place, a creaky door to open to enter the place. 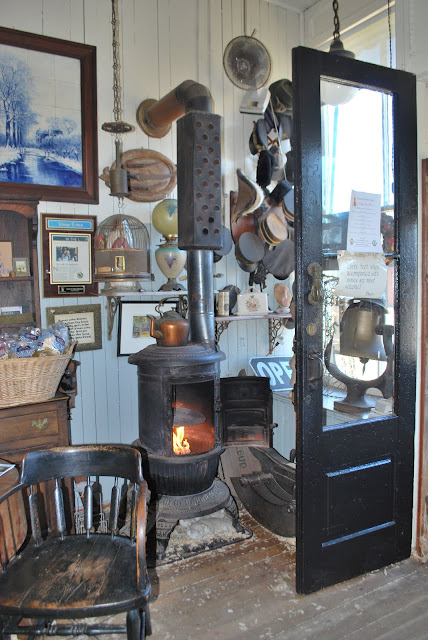 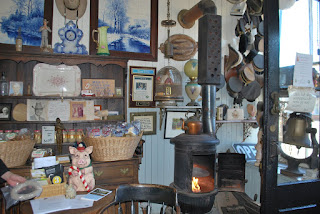 There really isn't a big selection. They've been selling the same items for decades - smoked ham, bacon, bratwurst, liver sausage, hot dogs, some cheeses and a few other things. They're best known for their "baloney," which is actually a thin cased salami. I love to spend the day in that area - I bring some bread and buy sliced ham at Drier's and their own brand of mustard and sit in the nearby park and have a sandwich or make sandwiches to eat over at New Buffalo public beach.

Three Oaks is the cutest little town and SW Michigan is just a magical place where I find myself able to put the hectic pace aside and slow down - and partly because you feel like you've gone back in time a bit to when things moved at a slower pace, especially when you visit Drier's. For more info, visit driers.com. 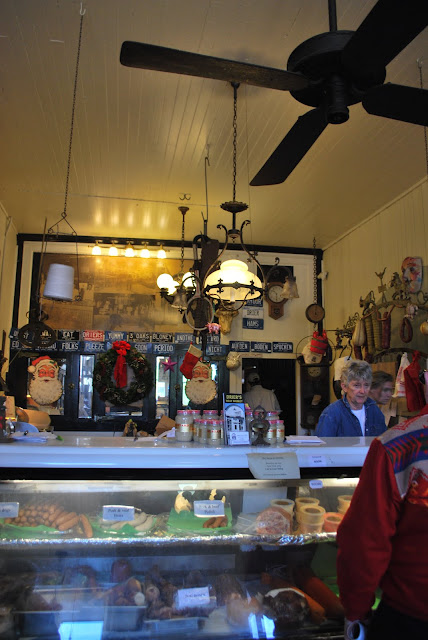