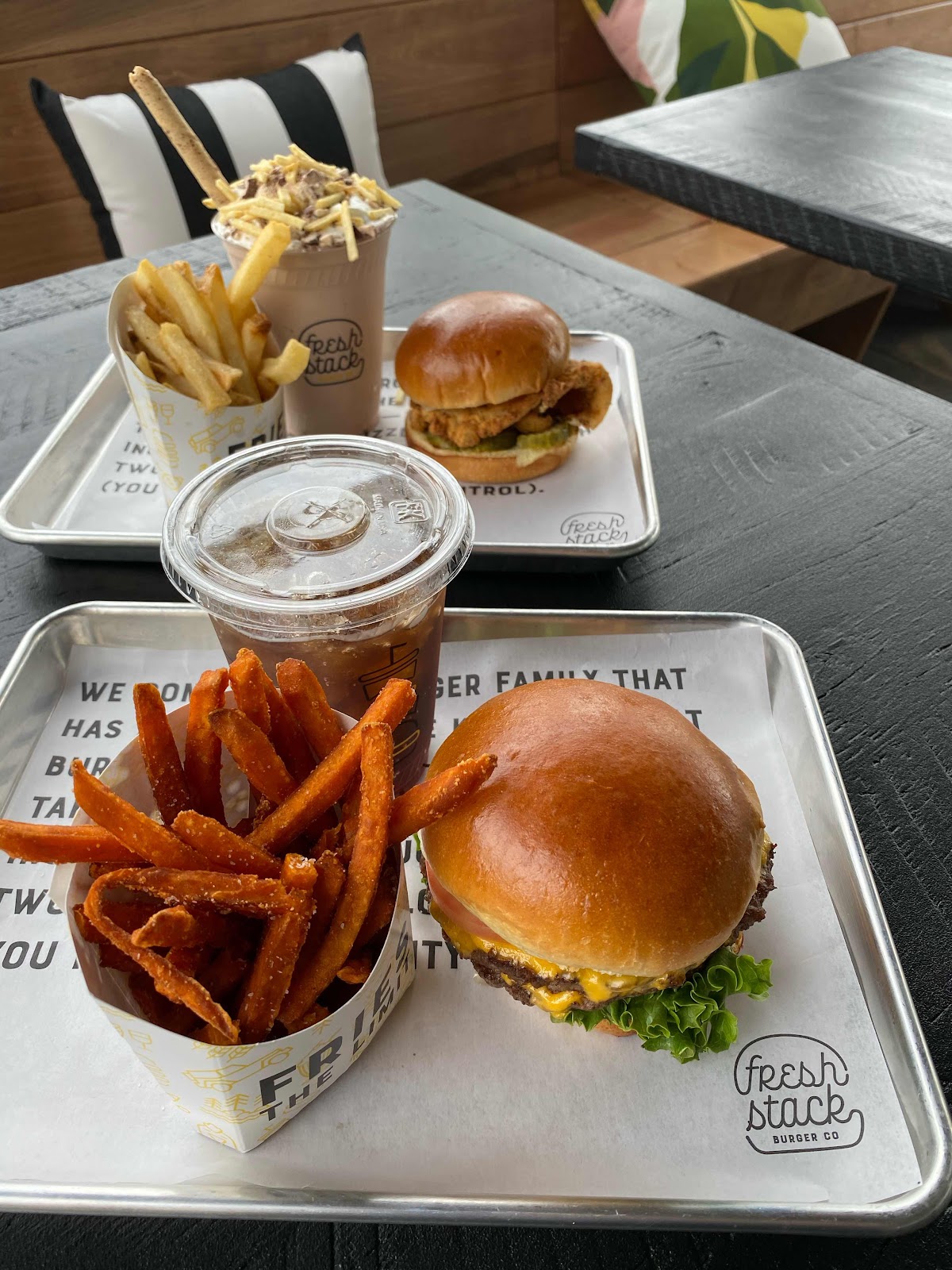 So last week I had the opportunity to venture out for the first time for something work related since March 14. I’ve been holed up in my home office since then doing all my work by phone and electronic means and getting out mainly just to pick up groceries or carry-out food. So, it was really nice to get out and check out a new eatery that actually launched during the stay-at-home order - Fresh Stack Burger Co. in Kildeer.

The Fare Concepts restaurant had a virtual ribbon cutting and tour on May 11 and then opened for carry-out only service. Today, as the state lifts restrictions they're adding outdoor dining. 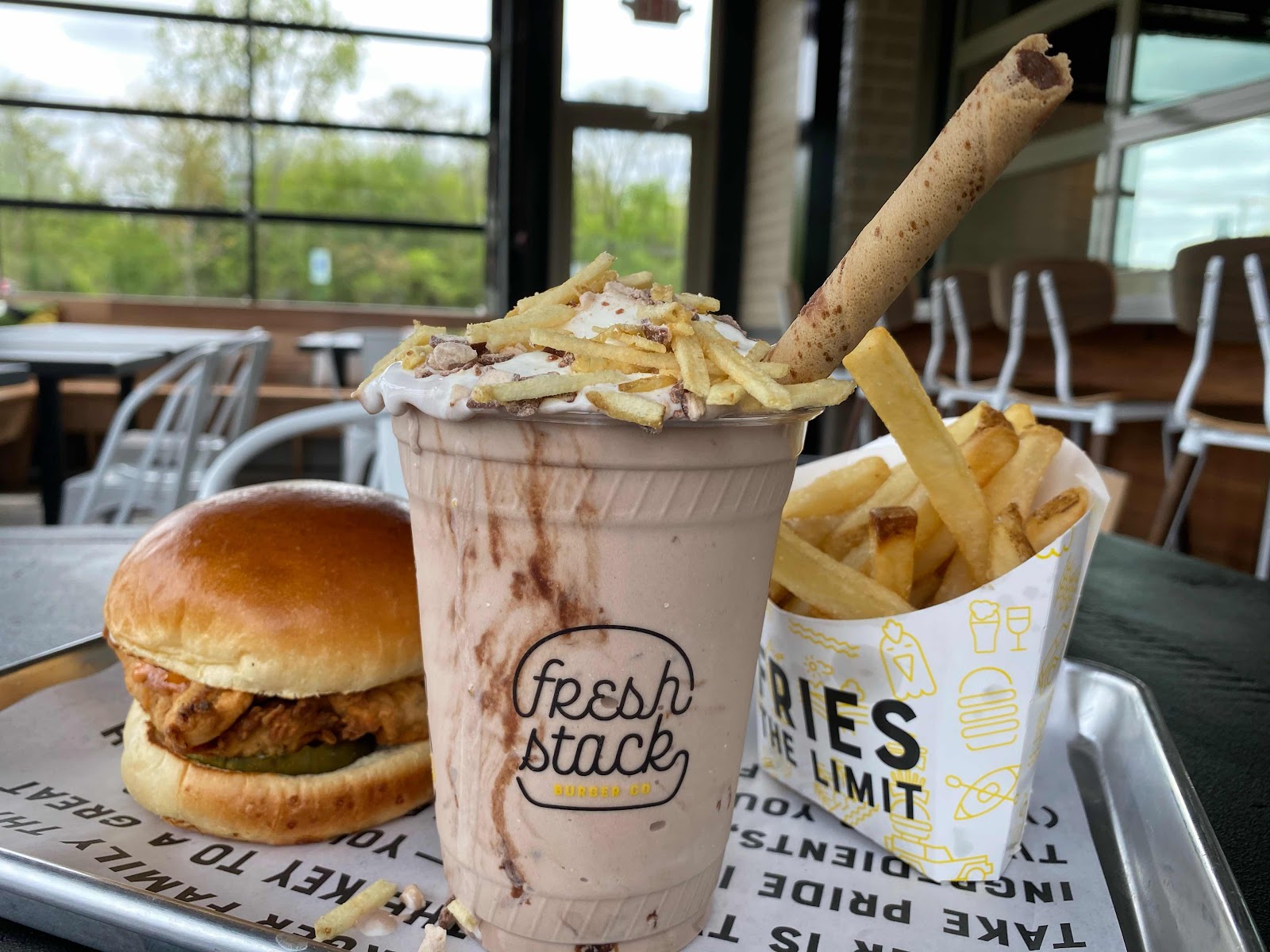 I had an opportunity to stop in and try some of the menu offerings and do a little social distance chat with one of the founders, Sean Thomas, who is the grandson of Dave Thomas, who founded the  Wendy's fast-food chain and Chef Massimo Gaffo, a native of Italy. 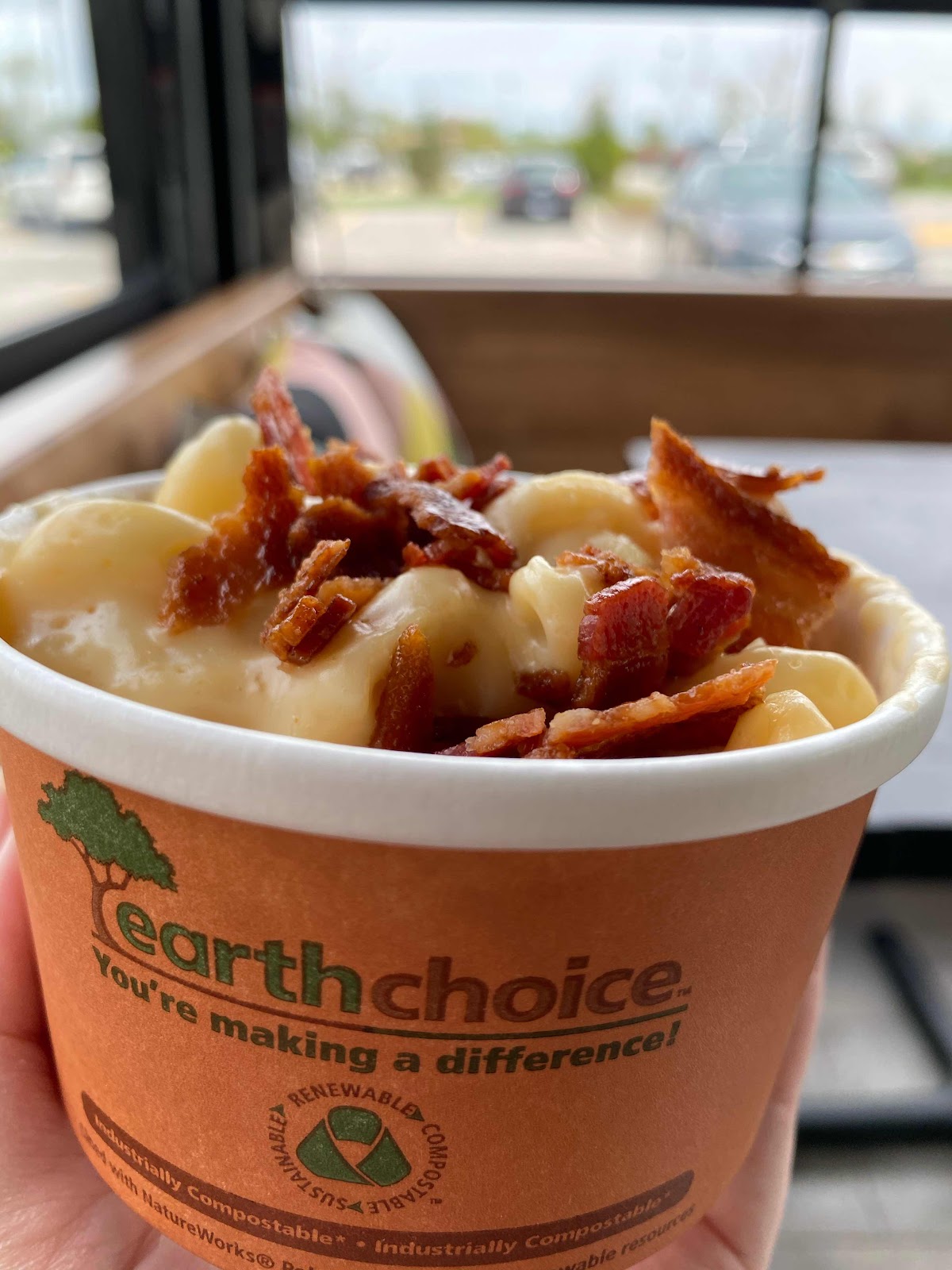 It was fun to hear a little from Thomas about his grandfather, who was featured in many of the chain's television commercials and who, as an adoptee, was a big advocate for adoption and created the Dave Thomas Foundation for Adoption.

He talked about the time he spent with him, the values he instilled in him and the lessons he learned from him - the biggest being the importance of treating everyone with respect and the importance of hard work. 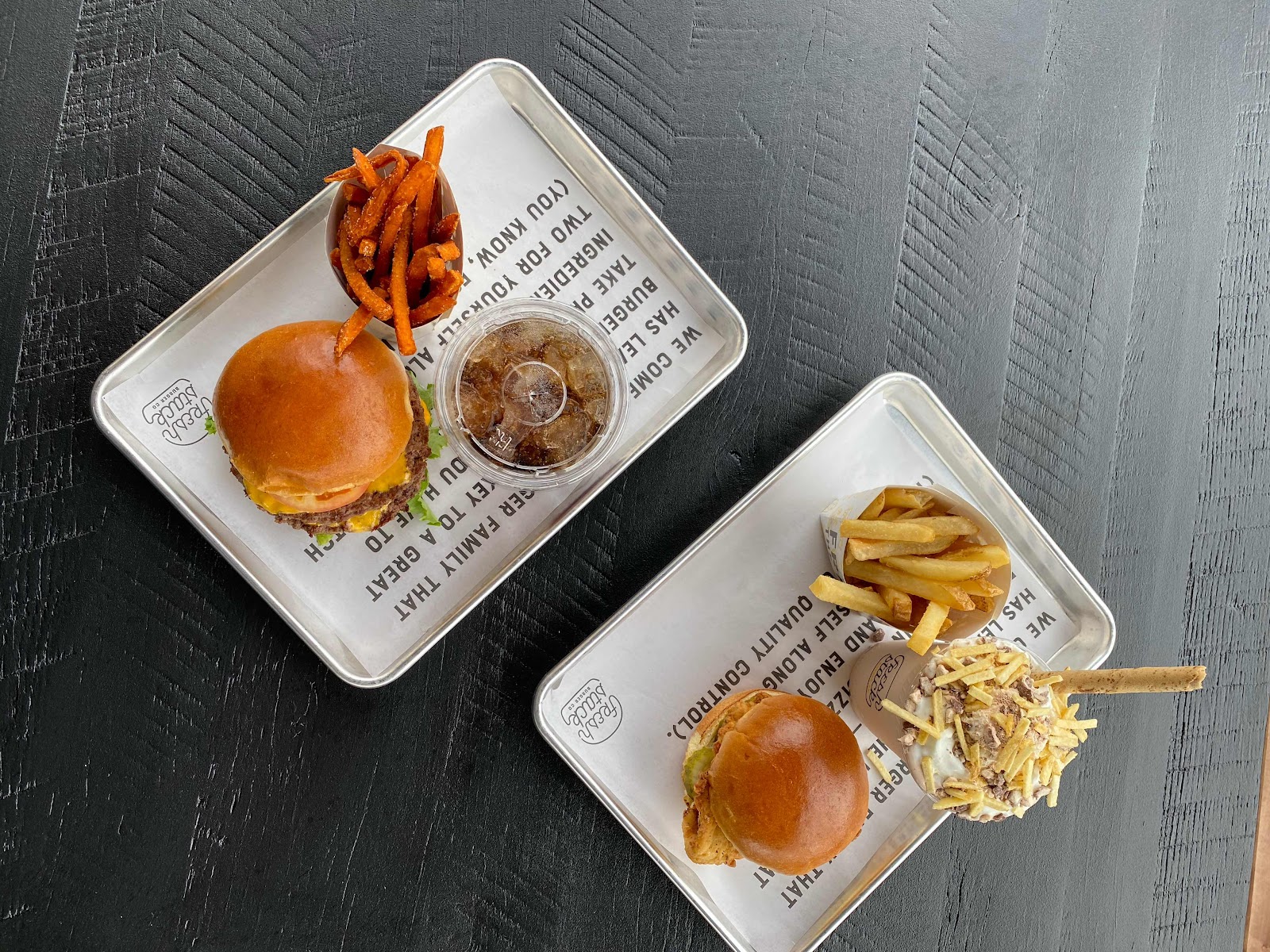 "He was very influential in my life. My role model," said Thomas. "I was fortunate to spend a lot of time with him and go on the road with him to a lot of burger joints and Wendy's restaurants. It was a great educational learning experience."

His first job as a teen was mopping floors and emptying garbage in a Wendy's restaurant and even back then he thought he'd like to be able to run a restaurant one day. He considers himself very fortunate to be turning his dream into a reality and opening a new concept that will allow for a little more creativity than would be possible if he was running a Wendy's franchise.

There is, however, a little bit of Wendy's influence at Fresh Stack in the form of a milkshake. It's called the "Fries-Cream Cone Shake." Thomas said it was inspired by the common occurrence of Wendy's customers dipping their fries in a Frosty. The chocolate shake is topped with ice cream cone, Nutella drizzle, crushed malt balls, crispy fried sticks and whipped cream with a chocolate drizzle. It's a delicious concoction of salty and sweet, creamy and crunchy.


The burgers are as juicy and tasty as they come, made with fresh all-natural hormone and antibiotic-free Midwest angus beef and served on a brioche bun. The American Classic comes with American cheese, lettuce, tomato, their awesome house pickles, onion and House Sauce. The House Sauce is one of four signature sauces that Thomas came up with (he has a culinary background) and is similar to a Thousand Island dressing. They also have a smoked mayo, a jalapeño cheese sauce and their Rooster Sauce, which is an aioli that Thomas said is smokey and tangy, a creation of Fabio Viviani, a celebrity food personality and former contestant on Top Chef, who partnered with Thomas on the project. 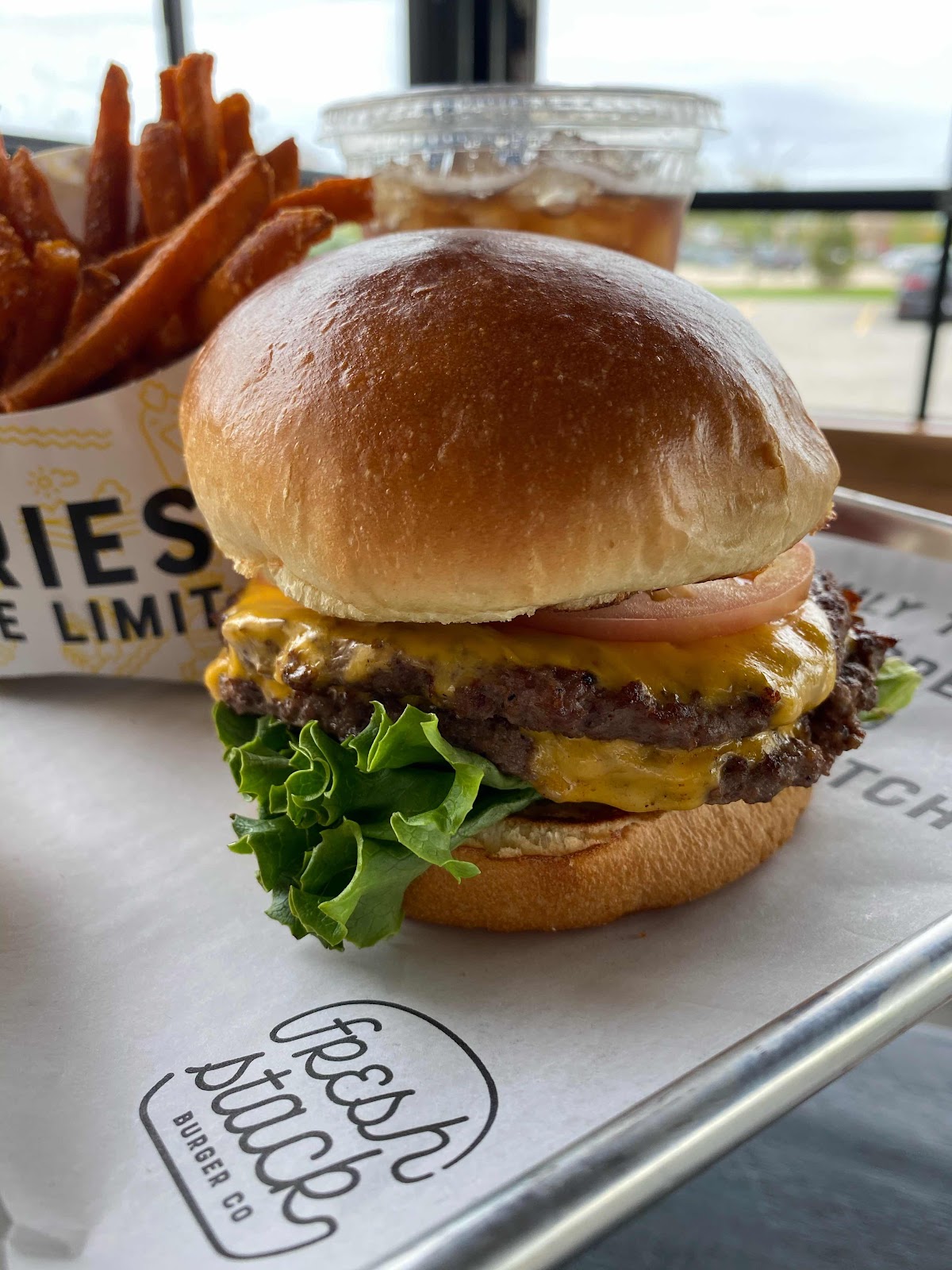 I also tried out one of their Classic Coop sandwiches made with fresh, all-natural and antibiotic-free chicken that is hand-breaded and has a really nice crunch. It's topped with those fantastic house pickles, coleslaw and rooster sauce on a brioche bun. It's one that is definitely worthy of being a contender in the chicken sandwich wars - watch out Popeye's and Chick-fil-A! 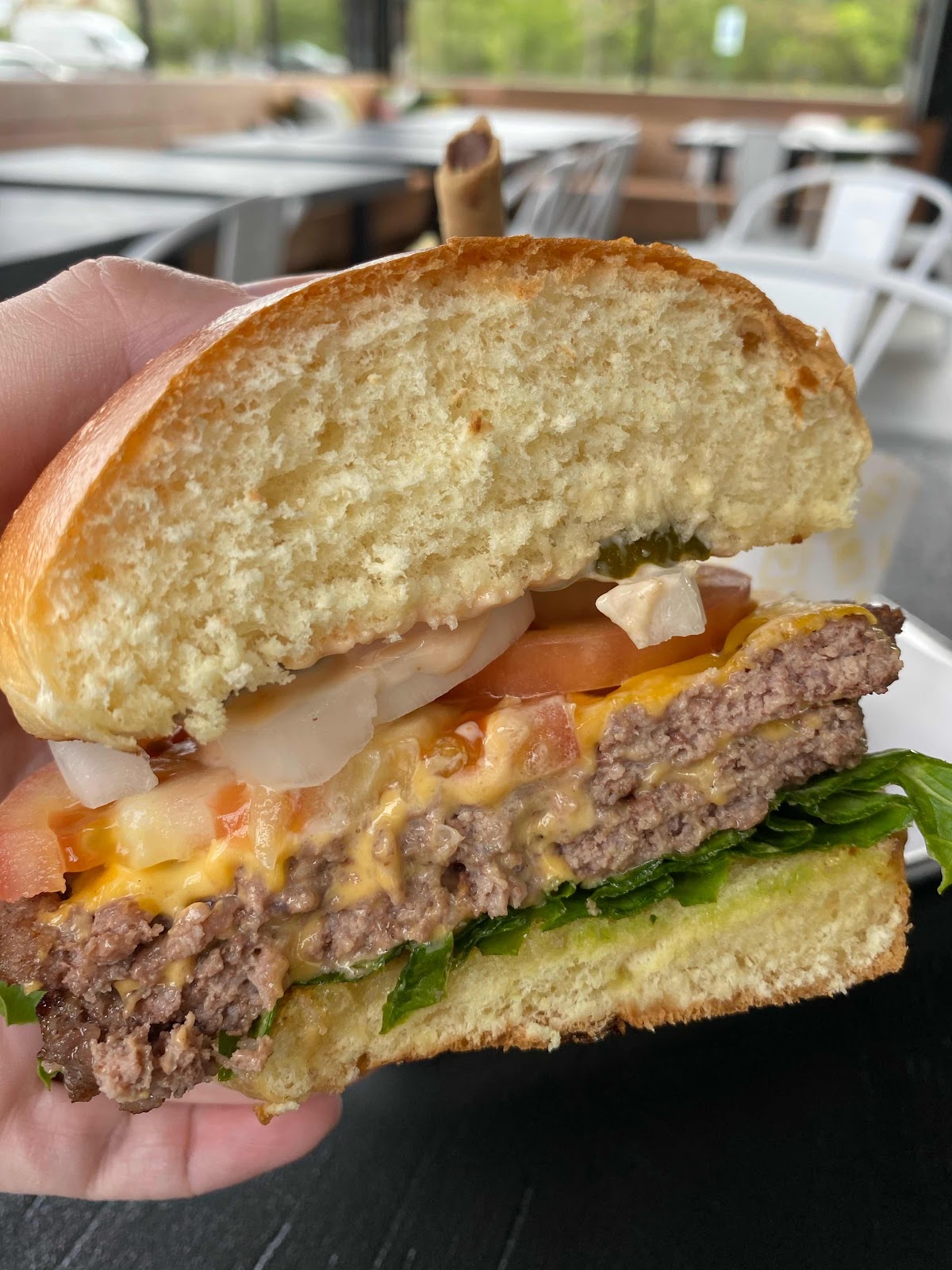 Opening during quarantine gave the staff a chance to ease into things, although there were adjustments to be made in making the debut as a carry-out only eatery. For example, the fries, which were intended to be shoestring fries were changed to a thicker variety of fresh-cut fry that would stay warm longer.

I tried out the fresh cut fries as well as the sweet potato fries. I'm not a fan of sweet potatoes and normally don't even eat sweet potato fries, but these were sweet and salty and I'd absolutely have them again. Being a big mac and cheese afficinado, I also had to try out their version, which had an uber creamy sauce atop twisty noodles. And it was made even better with the addition of bacon. 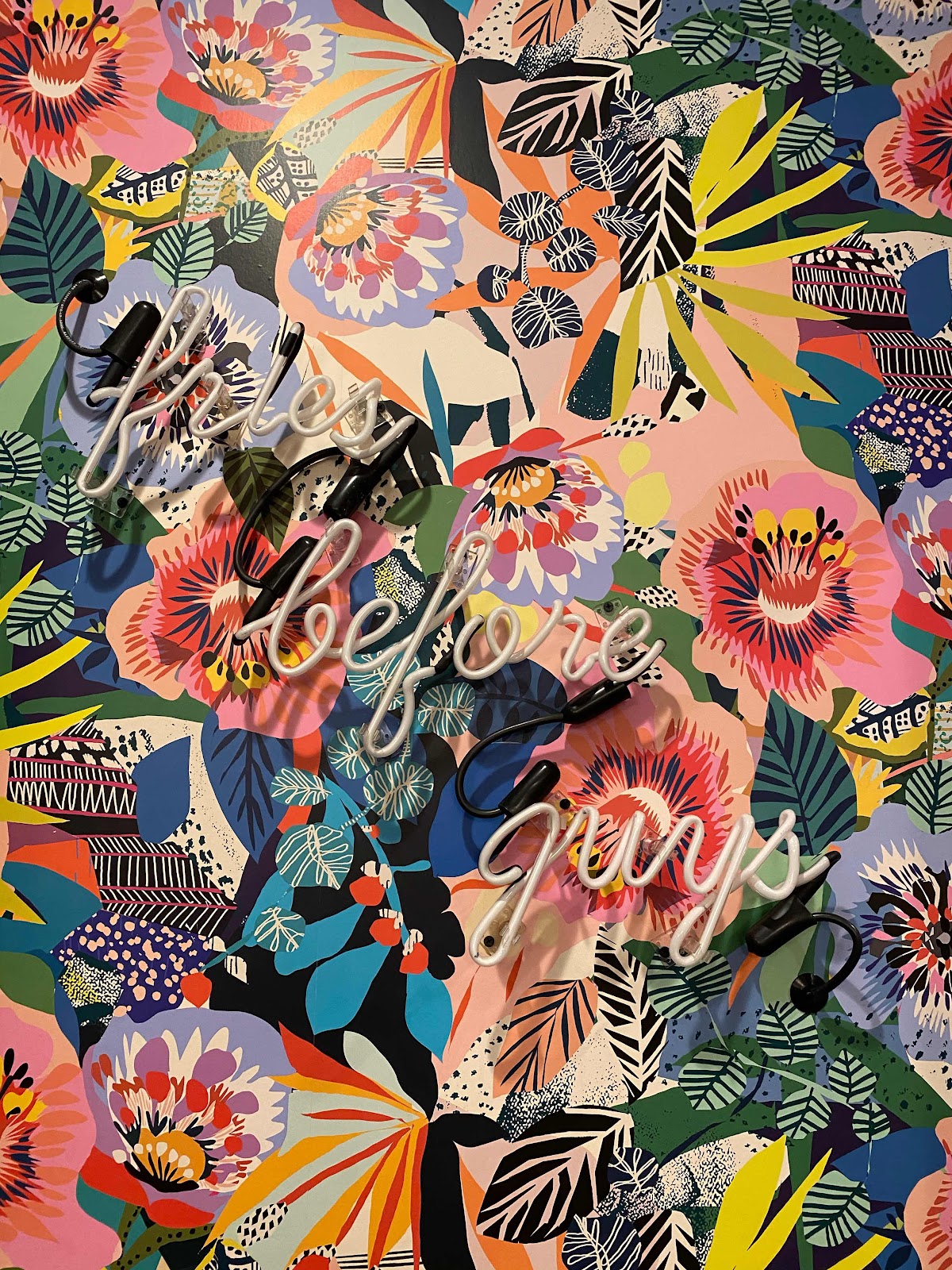 One fun feature about the interior is the women's bathroom, which is adorned with colorful wallpaper and a neon "fries before guys" sign.

Off the dining room is a bar with a window opening up to a patio area that has roll-up doors and benches with pillows. I can imagine how breezy and cozy it will be - a perfect place to enjoy one of the frozen cocktails they'll be rolling out.

Oh, by the way, be sure to hop on their website, freshstackburger.com and sign up for the Fresh Club for news on upcoming events and special tastings and the secret menu. That bacon mac and cheese shown above. It's not on the menu, but you can order it. Same for the truffle fries.

The restaurant was slated to open right around the time the pandemic escalated and forced us all indoors, but Thomas and his partners decided they couldn't wait. They were anxious to get to work and introduce their concept to a community that had welcomed them with open arms.

So far Thomas said customer response has been positive and he is actively looking for a second location to open in the not-too-far off future. He's originally from Columbus, Ohio but has called the Chicago area home for the past 12 years and was happy to open the first location here. He hinted that the next location will probably not be too far away and will land somewhere in Chicagoland, even though there's been interest from cities in other states.

He's worked with Chef Massimo Gaffo in getting things rolling at location number one. Gaffo was born and raised in Rome and moved to the U.S. in 1997, working for a restaurant group and some mom and pop places before working with Fabio Viviani.

Stop in and try one of their fresh burgers or chicken sandwiches with their homemade sauces and house pickles. If you're more of an herbivore, pick from one of their salads or get a pile of onion straws. And be sure to finish off your meal with that epic Fries-Cream Cone Shake.

Prices are pretty reasonable, too. In the gourmet burger category, it's hard to find a good one anymore for ten bucks or less. The American Classic is $6.99 ($7.49 if you add bacon). You can turn it into a double for an additional $1.49 or a triple for $2.89.