Since today is National Fried Chicken Day, I figured it was a good time to share a place known for their fried chicken. It's a spot I first learned about nearly two decades ago, but didn't visit until earlier this year. It was mid-February and the world was still clueless about the extent to which the coronavirus would shut down our whole world. 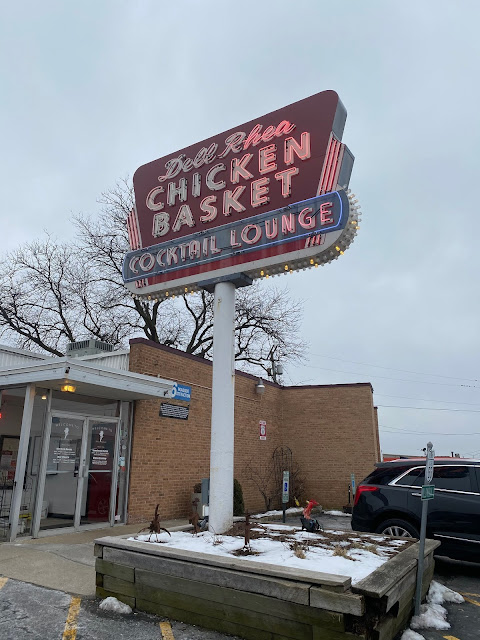 It was a wintery day and I had a meeting set up with a new writing client in Countryside, so I decided it would be a great time to finally pay a visit to Dell Rhea's Chicken Basket, which wasn't too far from my meeting spot. 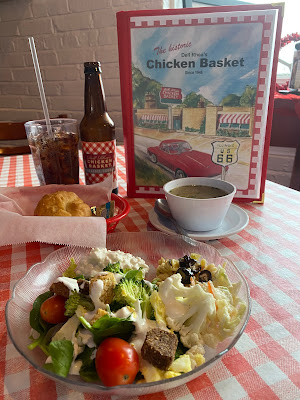 It began around 1940 as a lunch counter in a gas station. They soon became known for their delicious chicken and quickly outgrew the lunch counters. The car bays became a dining room and by 1946 it was moved into a new building at Route 66 and 79th St. in Hinsdale. It also later became a Blue Bird Bus Stop and drew diners who were headed out to as far as Los Angeles via Route 66.
In the 1960s, an expressway diverted traffic away from Route 66 and the Chicken Basket saw some very slow days, but their delectable chicken recipe has continued to bring in customers. And about seven decades later, it is still THE place to go to for a classic chicken dinner. A new family took over ownership last year - I believe it's only the third owner of the restaurant so far. 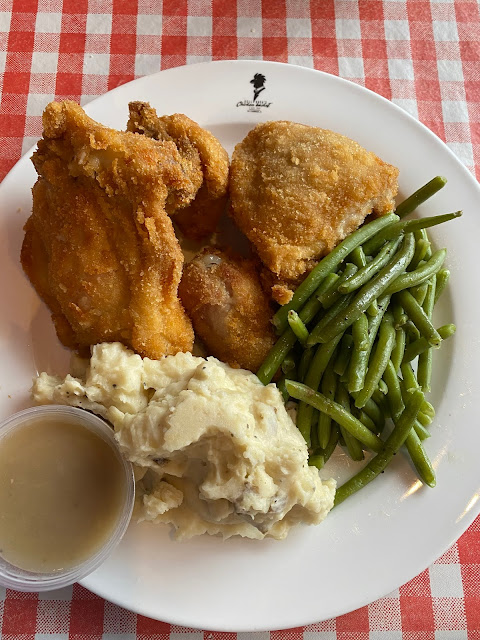 The Chicken Basket was inducted into the Route 66 Hall of Fame in June,1992 and was chosen as “The Best Fried Chicken in the Chicagoland Area” by the Chicago Sun Times in 1993. 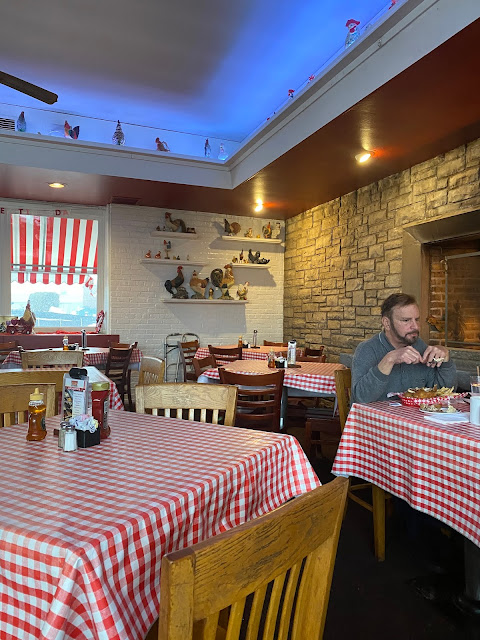 The day I stopped it was really chilly and slippery and snowy and my hot plate of fried chicken hit the spot. At the time, they were doing a lunch buffet or you could order plated meals off the menu. I decided to get a salad from the salad bar and a plated meal of fried chicken, mashed potatoes and green beans.

It was a hearty meal where you just felt like you were in grandma's kitchen - from the checkered red tablecloths to the incredibly crunchy-on-the-outside, juicy-on-the-inside fried chicken. I'm so glad I finally am able to cross this one off my foodie bucket list. It originally came to my attention in writing one of my first travel articles. It was on following Historic Route 66 from Chicago to St. Louis.

They've reopened for dine-in, patio dining and carryout. So, if you're interested in trying out some "World Famous Fried Chicken" get on the road to Route 66, and give them a try. For more information, visit chickenbasket.com.