Earlier this week Chicago Foodie Sisters (along with Chicago Beer Bros) attended a Cooper's Hawk launch party for the newest variety available to wine club members. This was a very special wine created as a collaboration with Jean-Charles Boisset and Tim McEnery.

The event was held at the Monte Bello Estate in Lemont, a lovely tented venue attached to a stunning residence turned event space with a beautiful garden (if you know someone planning a wedding - look this place up!)

As we arrived we were offered JCB Brut Burgundy No 21 along with passed appetizers of Saucisson De Lyon, Smoked Eggplant & Feta Crisps and Foie Gras Mouse. After a little mingling on the beautiful estate we gathered near the garden for the saber ceremony, which is a tradition of opening a wine bottle with a saber.

The evening was broken up with some entertaining conversation between Boisset and McEnery (and between the two and the audience) throughout the evening. McEnery is poster-child proof that the American Dream still exists. He began working in the food/hospitality industry at age 11 and created a concept that didn't exist - a world class, Napa-style tasting room, retail space and dining room combination in the Midwest and in the past 12 years he has grown the company to 29 locations throughout the country. Now one of the fastest-growing restaurant concepts in the country, Cooper's Hawk crafts over 50 varietals of award-winning artisanal wines.

Boisset, who was born in France and raised above wine cellars and overlooking centuries-old vineyards, continued in the family business after his parents founded a winery in 1961. He's one of the most innovative names in the wine industry, in both his home country of France and California's wine country. 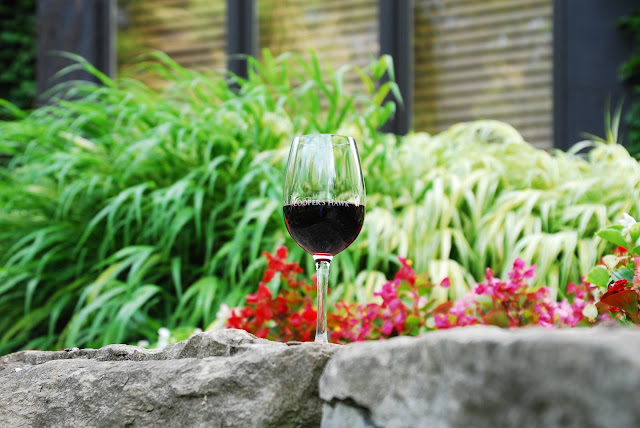 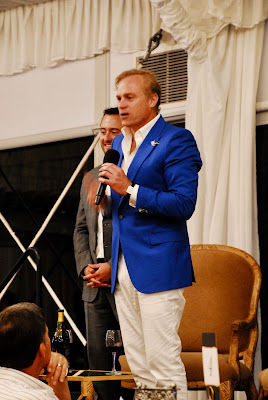 A great admirer of Boisset, McEnery had the opportunity to meet him in recent years and it was a wine-making match made in Heaven. The two hit it off instantly and the duo were hilarious and heartwarming on stage as they told embarrassing stories and shared some of their experiences in winemaking. I'd actually been at a Cooper's Hawk event the week before and heard a couple repeat stories that McEnery had shared earlier at the media event. You could tell they were stories that he repeats often, but each time felt like he was sharing the stories for the very first time.

Dinner was exquisite. We started with a first course of Wild Alaskan Halibut. Executive Chef Matt shared the long and complicated process of creating the Sauce Nantua, which included harvesting lobster roe, giving it the rich red color. It was paired with Cooper's Hawk Lux Chardonnay. 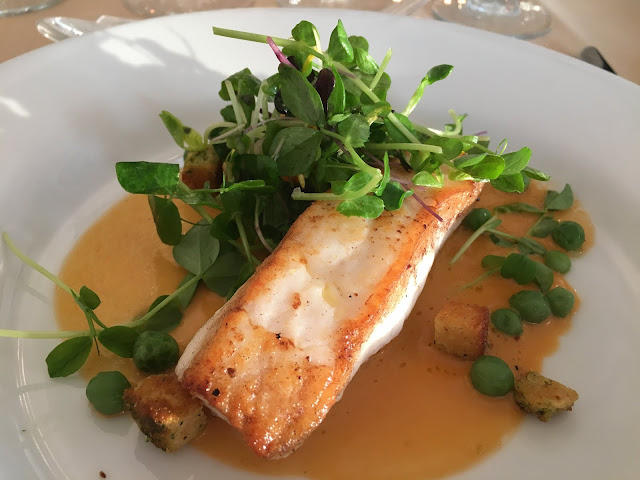 It was followed by a main course of Steak Frites with Farmer's Market Roasted Vegetables and Wild Mushroom Ragout (paired with the star of the evening - the Collaboration Deux) and finished with a dessert course of Klug Farms Michigan Blueberry Clafoutis with Whipped Chèvre and Grilled Peaches. Dessert was paired with Cooper's Hawk's perfect dessert wine, Cooper's Hawk Ice Wine. 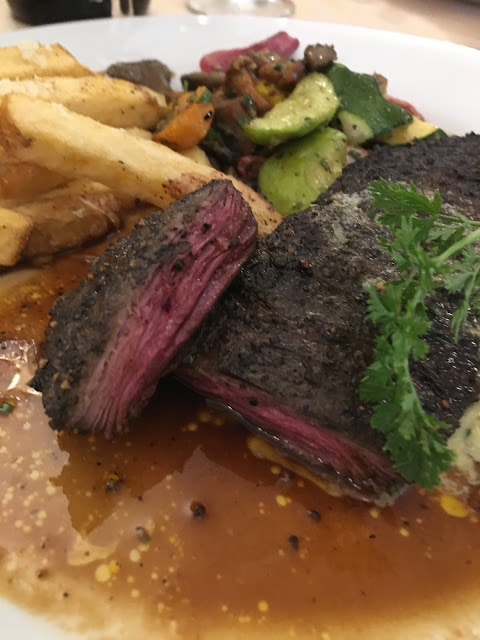 It was an amazing evening at a stunning venue where you felt as if you were sharing a meal with family. Listening to these two humble winemakers tell captivating stories made you feel at home. Wine has a way of doing that - bringing people together and making strangers into fast friends. 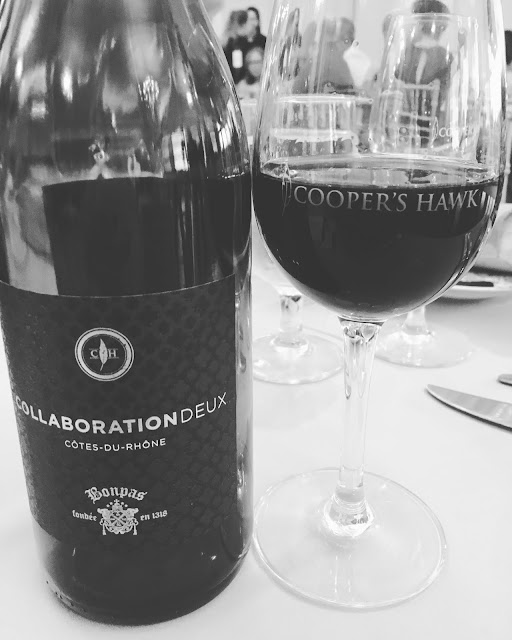 For wine club members, Collaboration Deux is the newest wine club feature that will release officially on Tuesday. It's available by the bottle exclusively to wine club members, but you'll be able to get it by the glass in the restaurants (by the way, Oak Park is the newest location, which just opened earlier in the week. I'll have a post up on location #29 on the blog soon.)

For more information on locations, wines and the wine club, visit coopershawkwinery.com.

Scroll down for more photos from the evening. 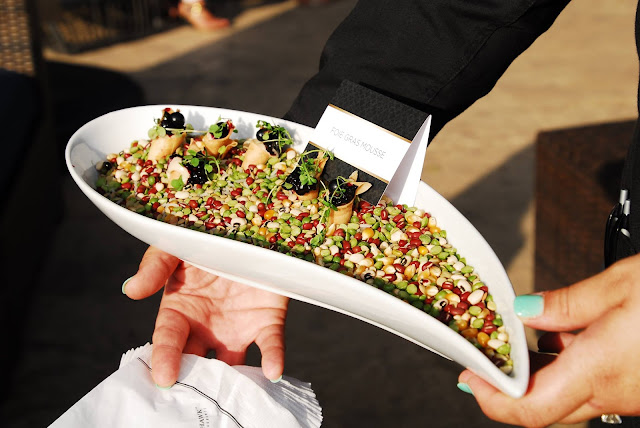 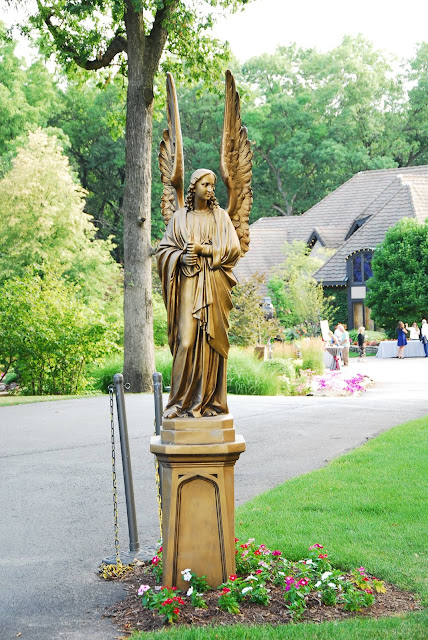 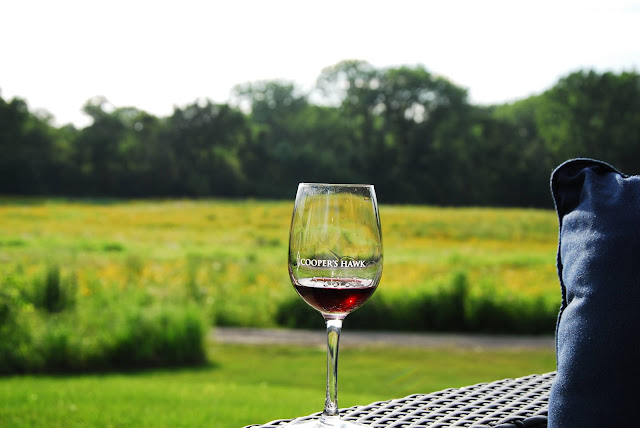 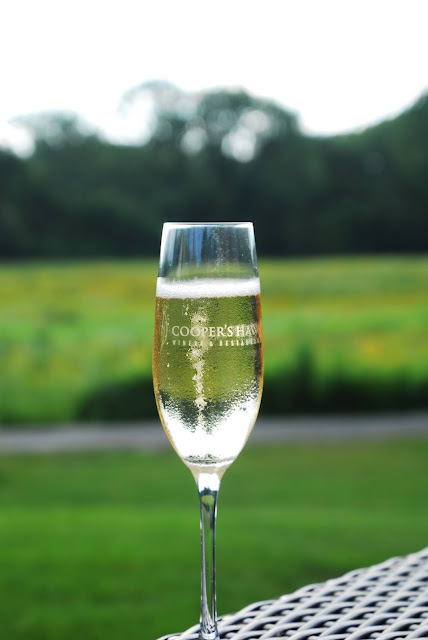 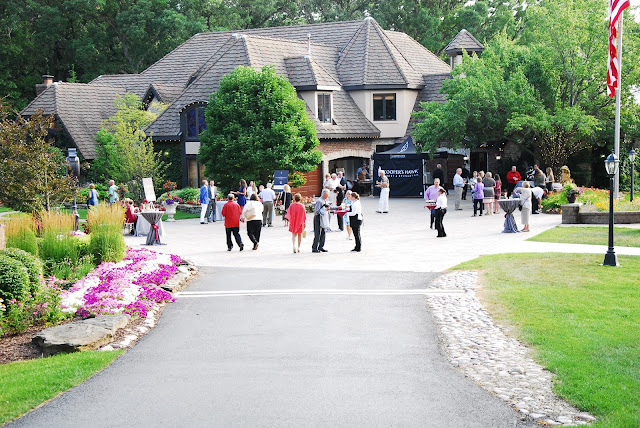 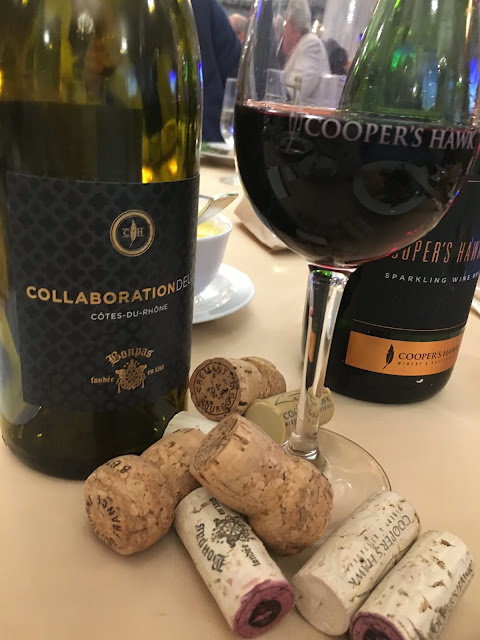 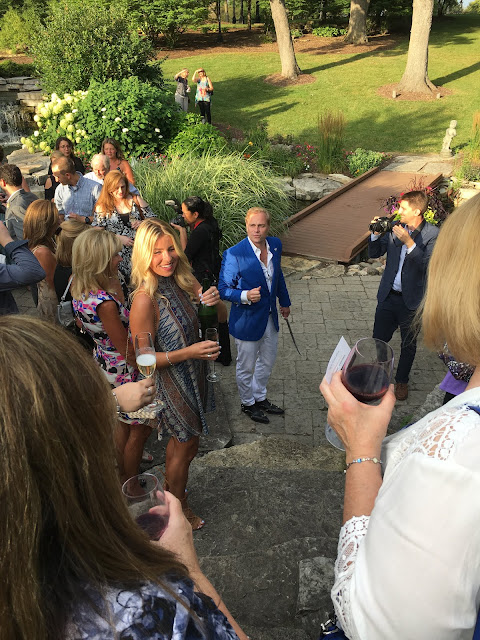 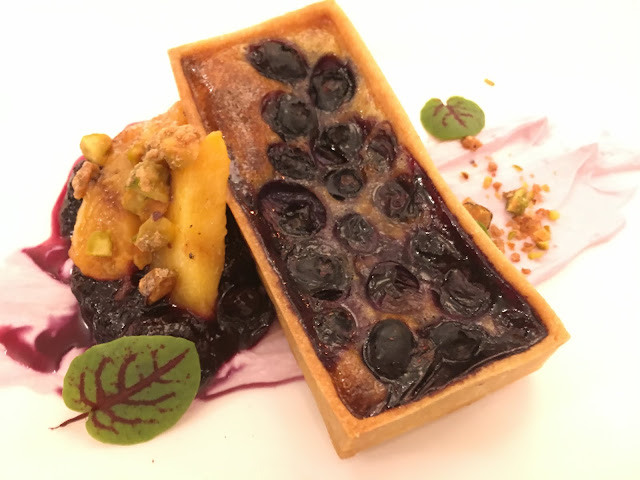 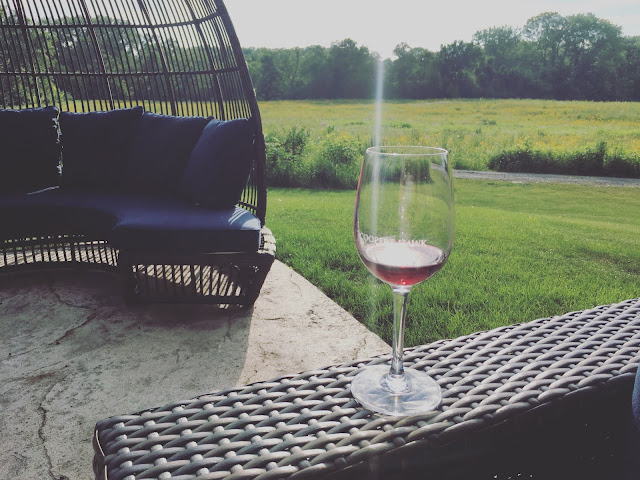