The newly opened Tap House Grill in Wheeling, attached to the Ramada, joins eight other locations in this casual, fun franchise. The original opened in 2006 in St. Charles with the intent to serve "Addictive Food. Creative Brews." The place definitely lives up to their motto. 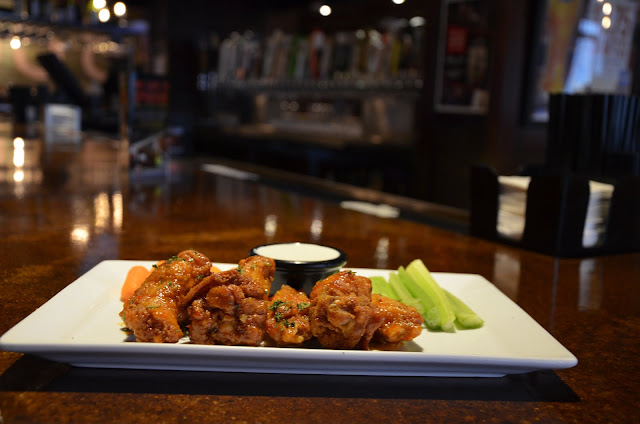 There were two-plus pages of about 40 different beers on tap. You'll find some of the big producers along with some of the most recognizable craft breweries in the region - Goose Island, Lagunitas, Founders, Half Ace, Boulevard and more. There are also some good ones from across the pond - I tried a really delicious Banana Bread Beer by Well's Brewery in the UK. They also carry Teigl Radler fruit beer from Salzburg, Austria and a Witbier I adored from France - Kronenbourg 1664 Blanc, which was very light and fruity. In addition to the many beers, the first four pages of the menu are filled with craft cocktails and wine. I was also quite excited to find Sprecher's Root Beer on draft at Tap House Grill. I got hooked on it years ago during a trip to Milwaukee when we toured the Sprecher Brewery and tried all their sodas in the tasting room after the tour. Outside of Wisconsin I have only found it bottled, so that kind of made my day. 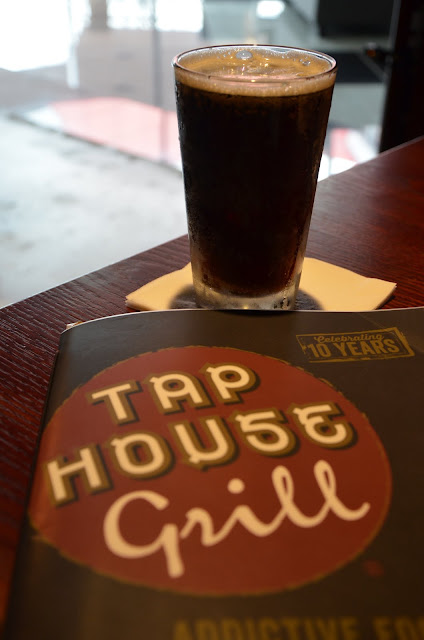 The menu has plenty of sharable that are perfect for hanging out and sampling beer with friends. We tried the Cheddar Stuffed Bacon (beer battered and deep fried), the Drunken Shrimp (marinated in pale ale), the wings with exotic sauce (which was sweet and tangy with a touch of heat) and the Provencal Wood-Fired Flatbread with tomato, zucchini, summer squash, roasted peppers olive tapenade and goat cheese. 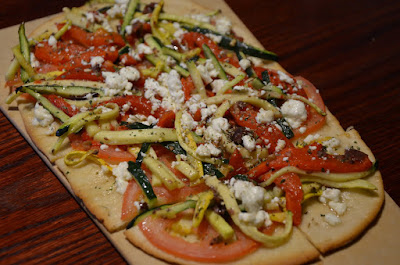 After that we moved on to splitting the 1-LB BLT, which comes on toasted Hawaiian bread with a zesty  boursin mayo on the side and came with a choice of side - we opted for tater tots. It was a nice, big classic sandwich that hit the spot. It was hard to choose an entree since the menu is pretty large. The list of burgers had several that I wanted to try.

If you're one who likes food challenges, you may want to head there to try the "King of the Kobe Burger" Challenge. Finish the 1 1/2 lb. burger with 1/2 pound of cheese and 1 pound of fries and you win a t-shirt. There's also a nice selection of sandwiches, which includes a crispy beer-battered chicken melt, a grilled skirt steak, a BBQ pork and one my all time faves - a Cubano. There are 11 varieties of the flatbread pizza, which is a nice appetizer or meal for one. 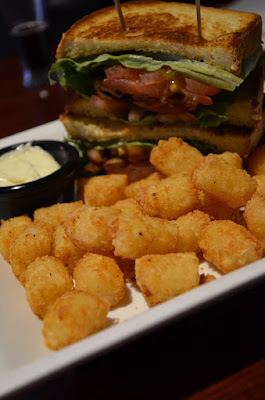 Other tantalizing entrees include tacos and 5 cheese mac n' cheez. There are some nice salad options and lower calorie meals, including grilled tilapia, roasted garlic hummus and chicken and rice soup. There's also a few house specials you might want to dig into - beer-brined chidden, grilled ahi tuna, fish & chips and more.

Don't slip out the door without trying the awesome House-Made Kit Kat for dessert. It's the perfect rich, sweet, chocolaty, crunchy end to the meal.

Keep an eye on the Facebook page for special events, like an upcoming St. Patrick's Day party, Hoops and Wings Madness and Easter Buffet and daily specials that include Wings-Suds-Spuds on Monday with 10 Wings & Fries for $5.99 with select $3.75 beers or Tuesday Burger Night with Signature Angus Burgers for $5.99 an others.

The restaurant is also located next to Chicago Executive Airport, so if you're into aviation it's a nice chance to watch a few smaller aircraft take off and land on good-weather days.

***We received a complimentary meal for purpose of a review. I was not compensated for this post. All opinions are my own.