This week was the final lunch date for the restaurant of the Hospitality and Tourism Management Program at Purdue Calumet. I had been there for dinner and wanted to try out lunch before the end of the summer. When I called for reservations, the table reservations were full, but they were able to squeeze me in for the bar seating.

I attended dinner with my husband when I had been there previously and had told my dad how much we enjoyed it, so he was excited about trying it out, too. As we arrived, we learned that the theme for the lunch was "Magic Show" and the dining room was decorated with top hats and playing cards. Napkins were folded into little bunny ears. The menu items followed the magic theme.

When I had been there for dinner, I had preselected the entrees when making the reservation. This time I hadn't seen a preview of the day's menu, so I wasn't sure what the options would be. They ended up all sounding so fantastic, I spent way too much time contemplating which to get. I settled on the flank steak after much deliberation. My dad ordered the Copperfield Chicken Pasta. 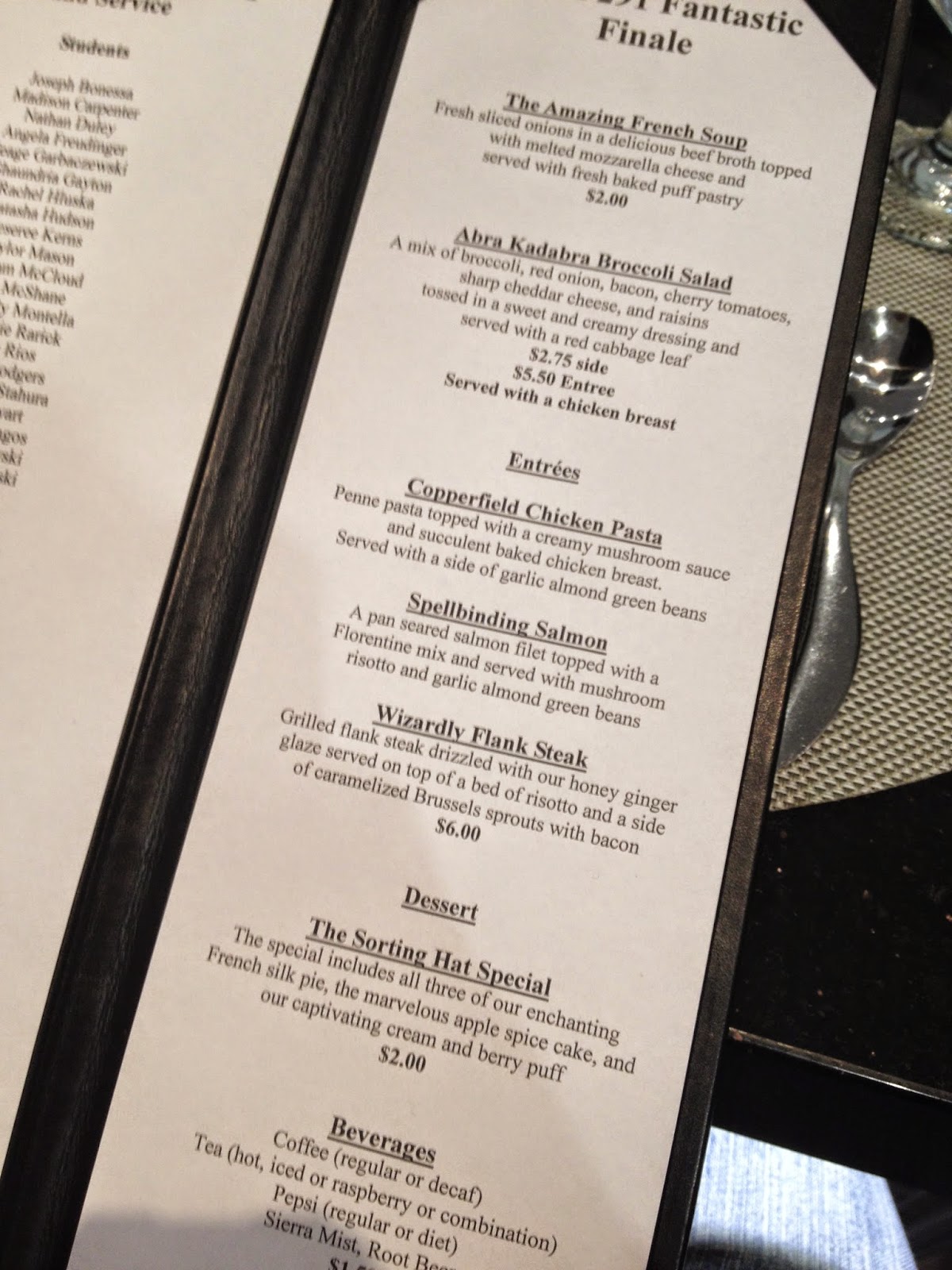 We both tried the Abra Kadabra Broccoli Salad, which mixed a wonderful blend of flavors - some sweet, some bitter, some smokey, some creamy. The salad could also be ordered as an entree with chicken breast added. 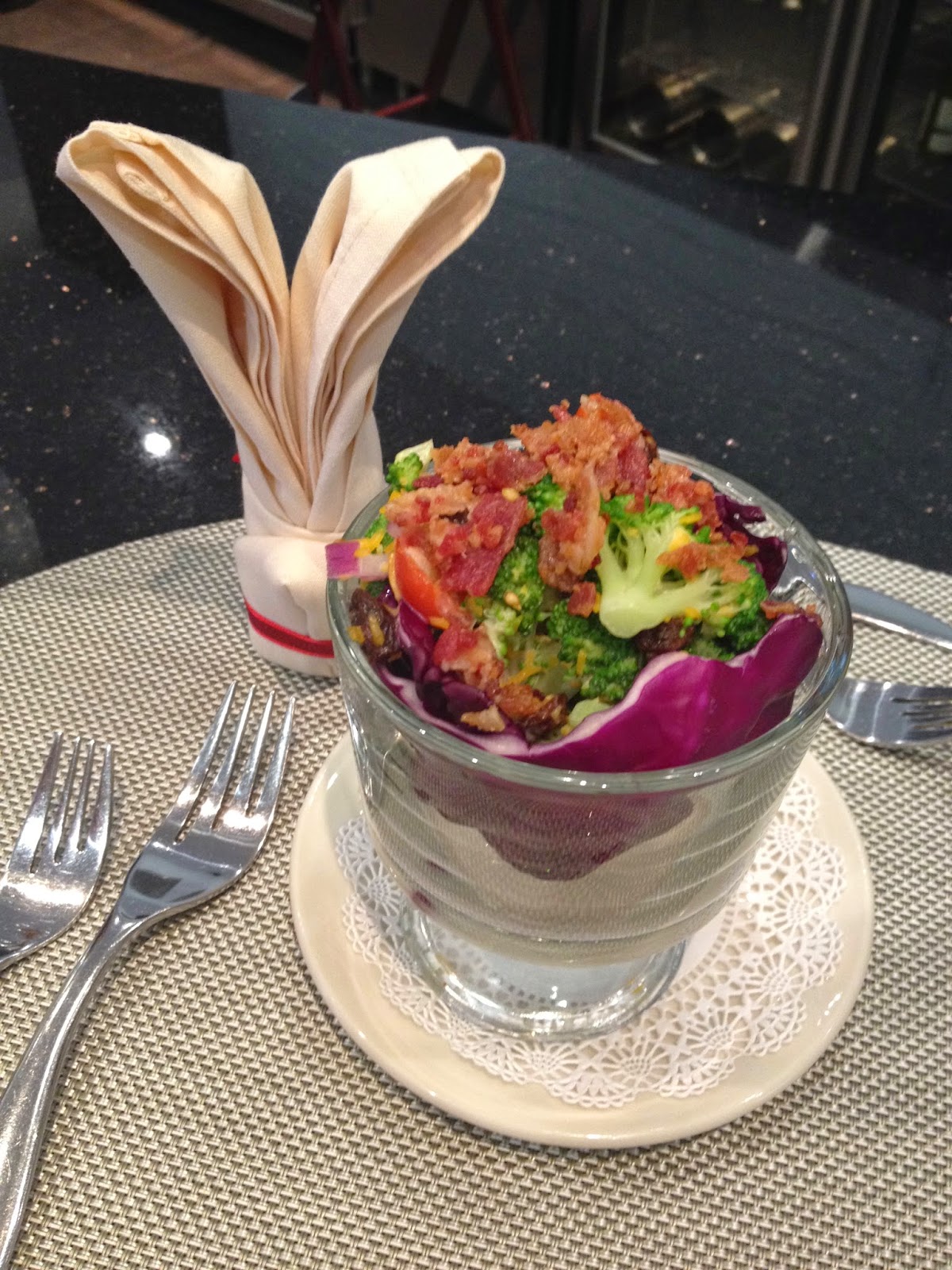 Dad shared a couple scoops from his plate and when I tried it I wasn't sure I'd made the right choice. The chicken was incredibly tender and the creamy sauce was delicious, served with crisp, fresh green beans. 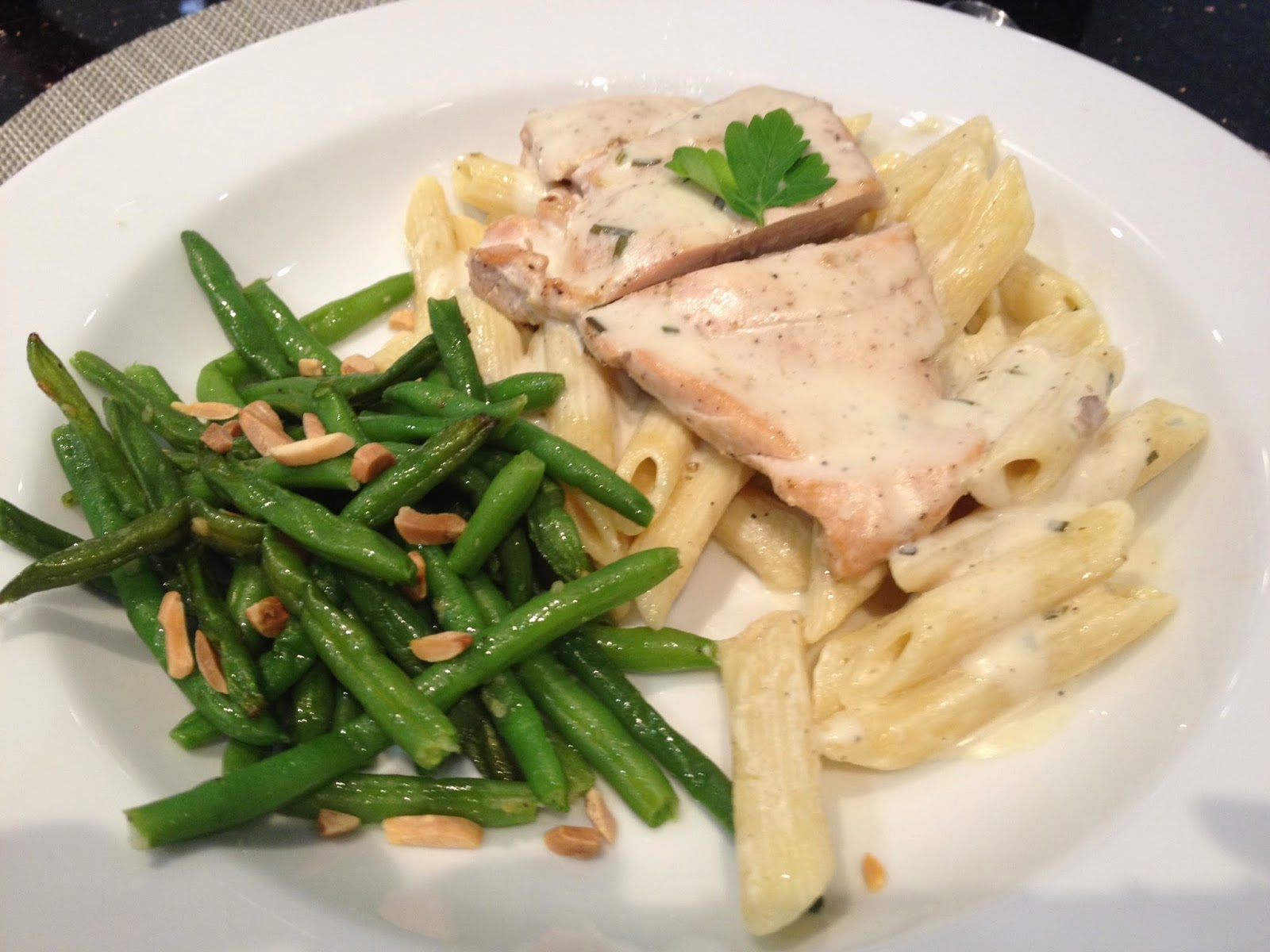 Then I tried my entree and I was in heaven! This was truly one of the best meals I've ever eaten. I went back and forth over ordering the salmon or the steak. The salmon sounded fabulous and I saw someone nearby eating it and was pretty set, but then I changed my mind when I saw that Brussels sprouts were the vegetable. That sealed the deal. They melted in my mouth and as a bonus had bacon added in!!! The best serving of Brussels sprouts I have ever had. 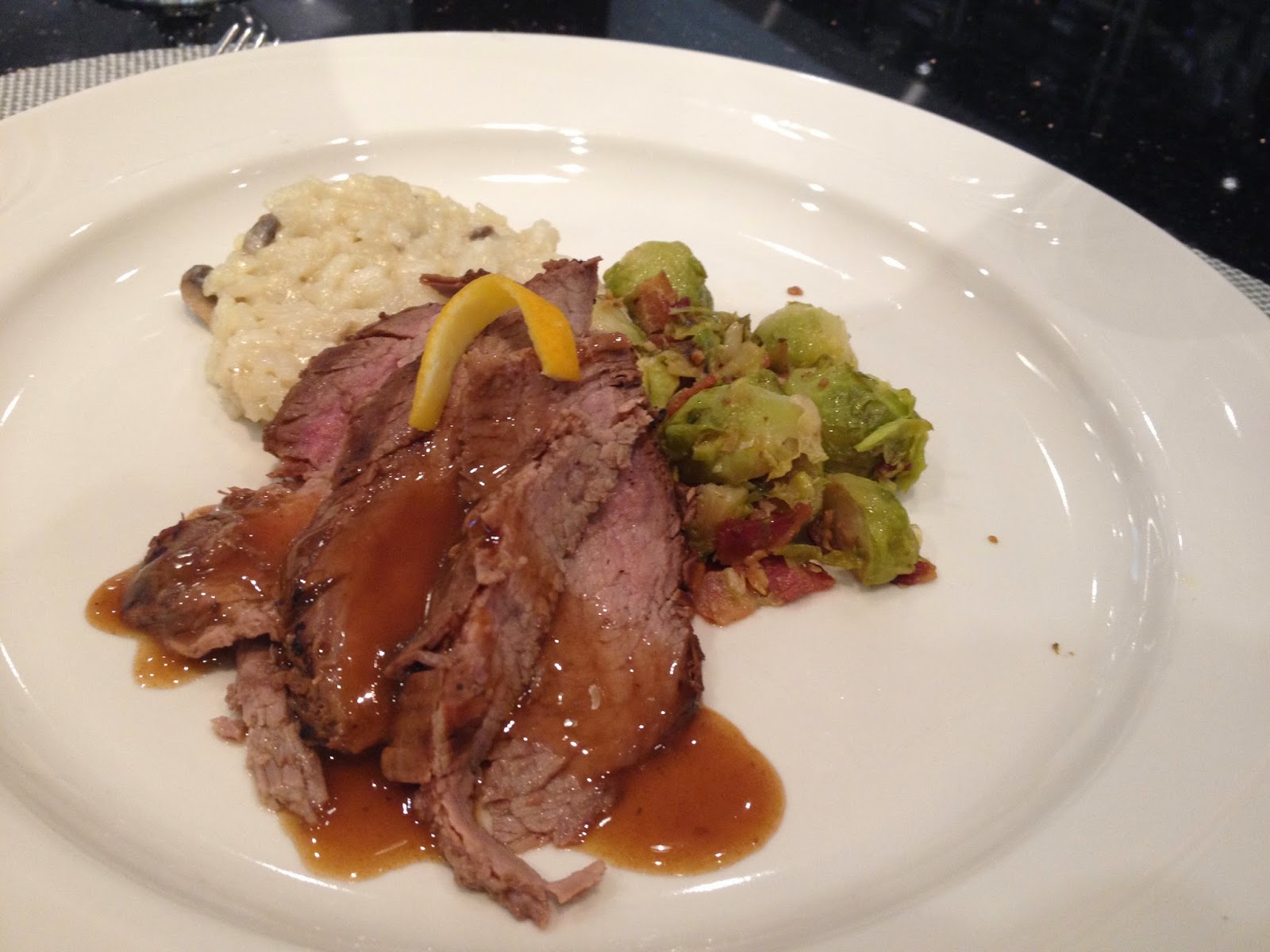 They even did magic tricks for us to go along with the theme. 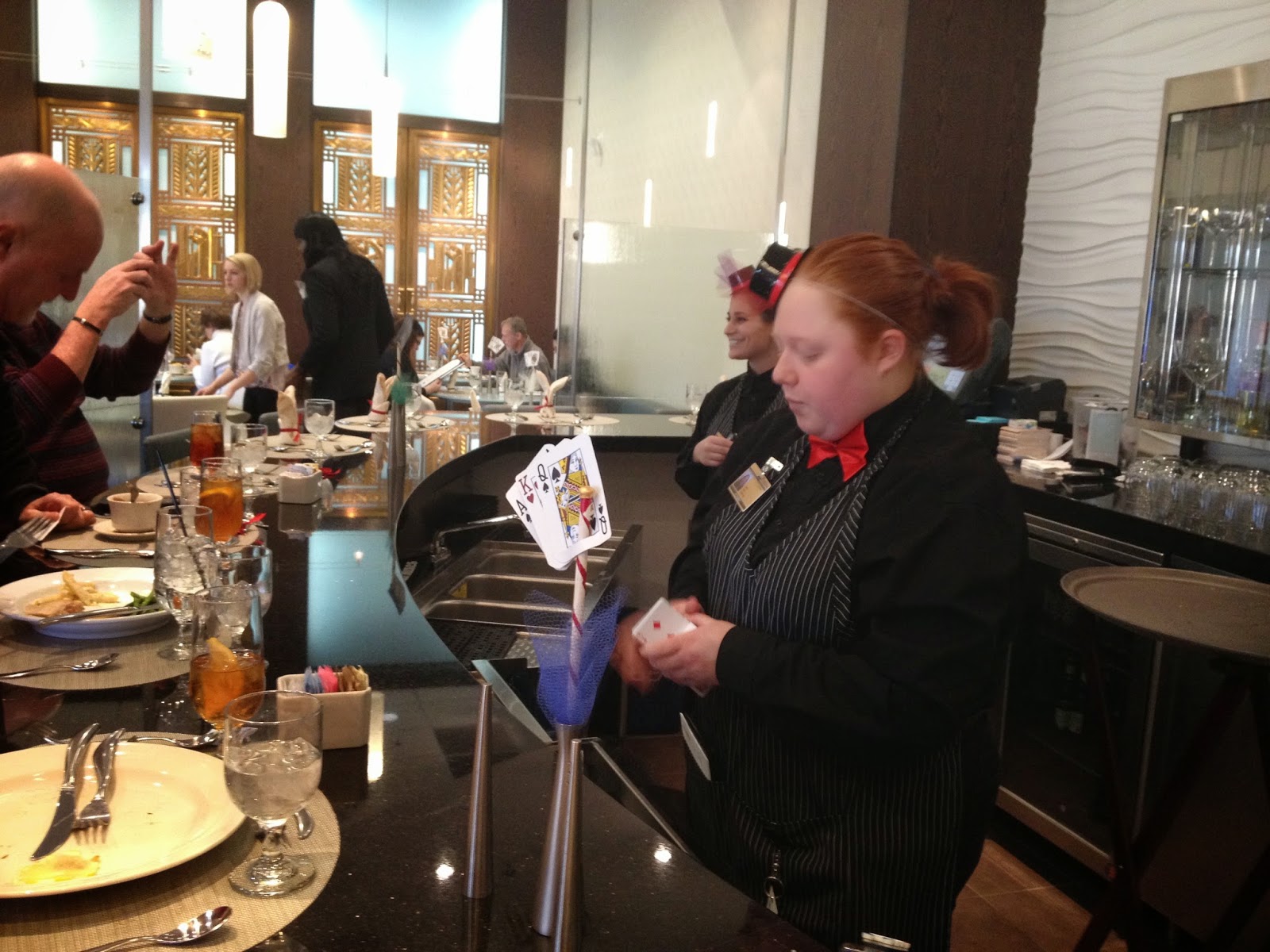 A very sweet gentleman named John, who is a university employee, was seated next to us and obliged when I asked if I could snap a pic of his French Onion Soup and Salmon. It looked delicious! 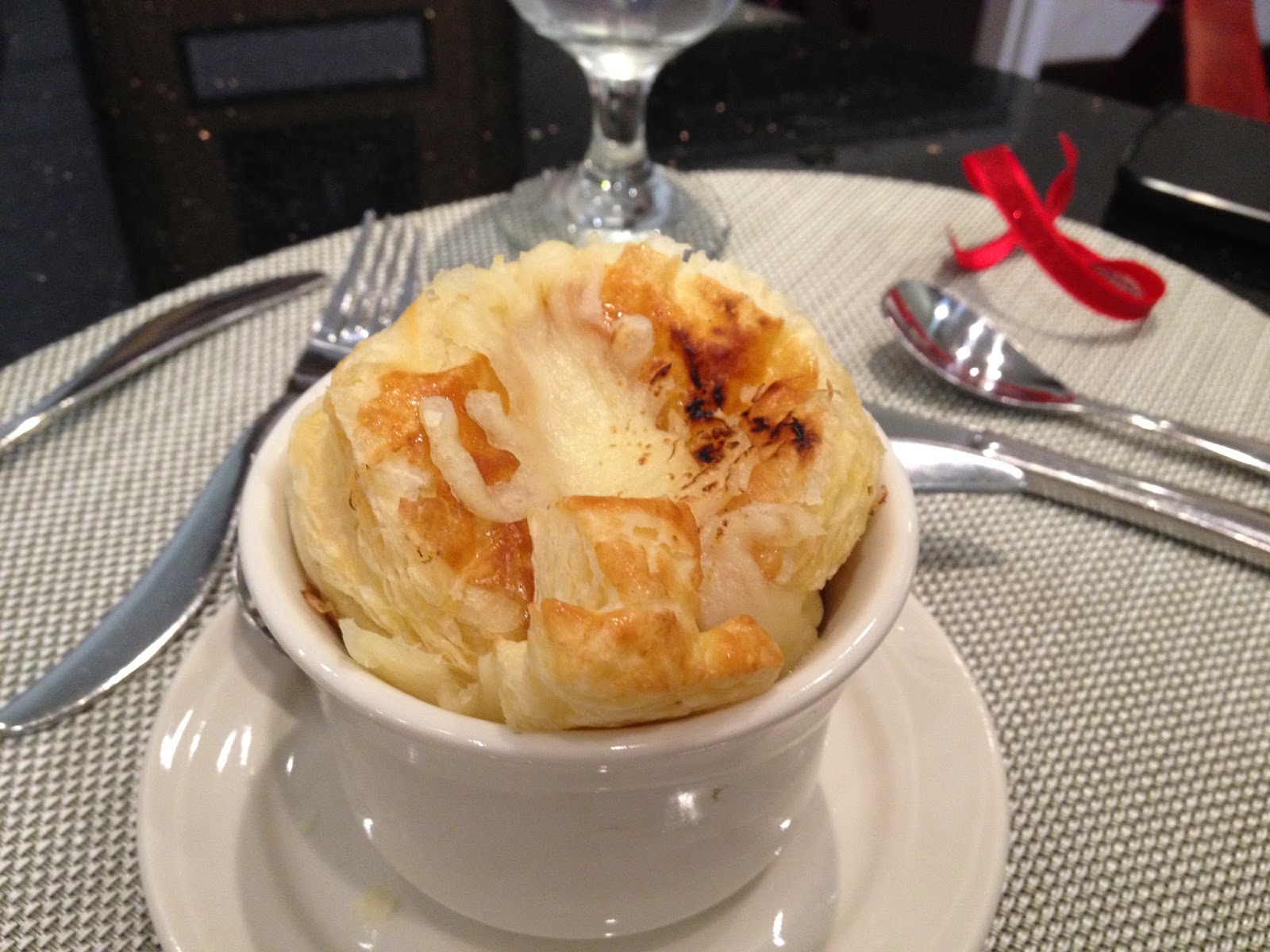 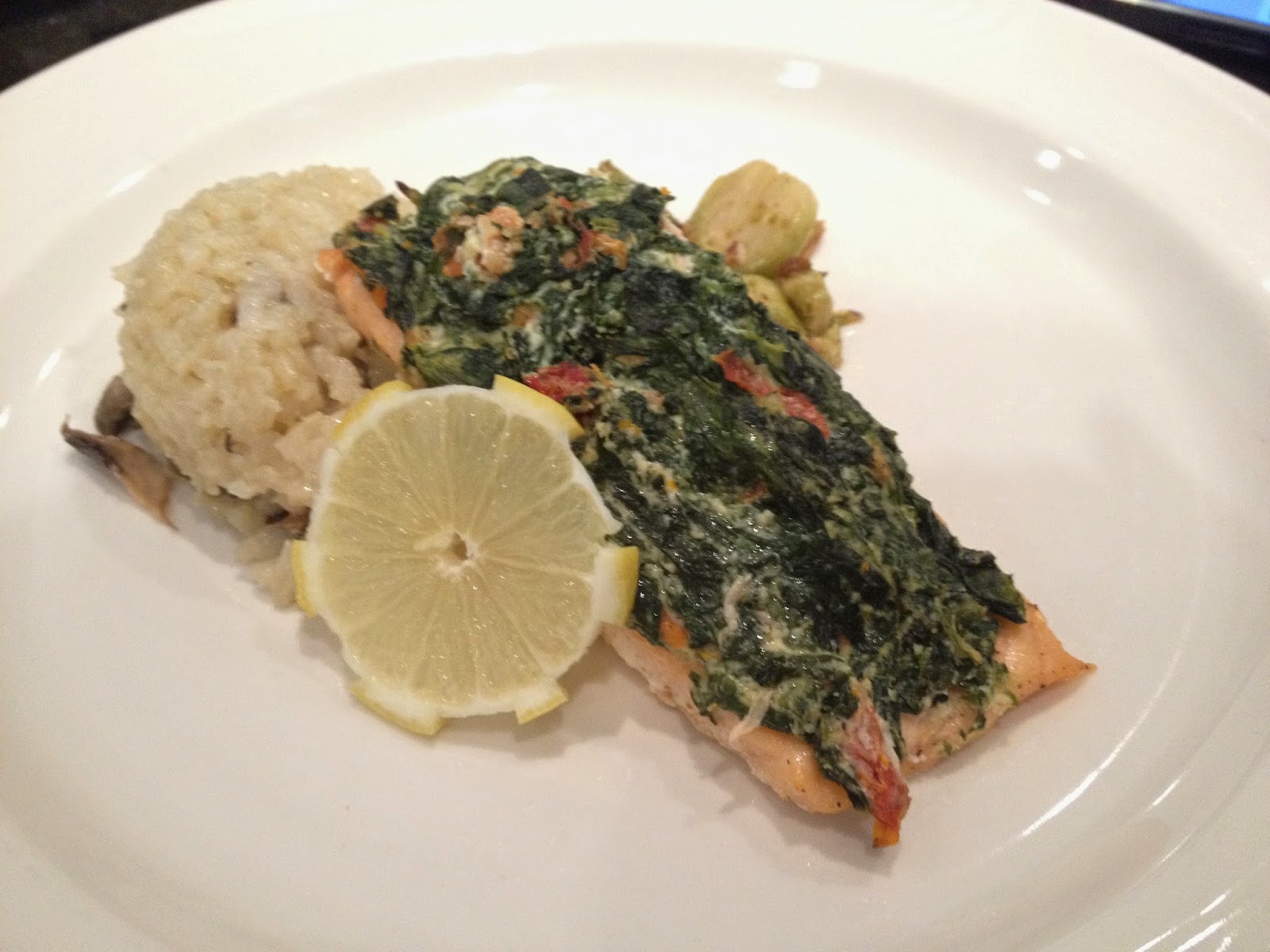 I can't believe I passed up dessert (especially at just $2,) but I knew I'd be back that evening for dinner, so I convinced myself not to over do it. It looked spectacular, though. 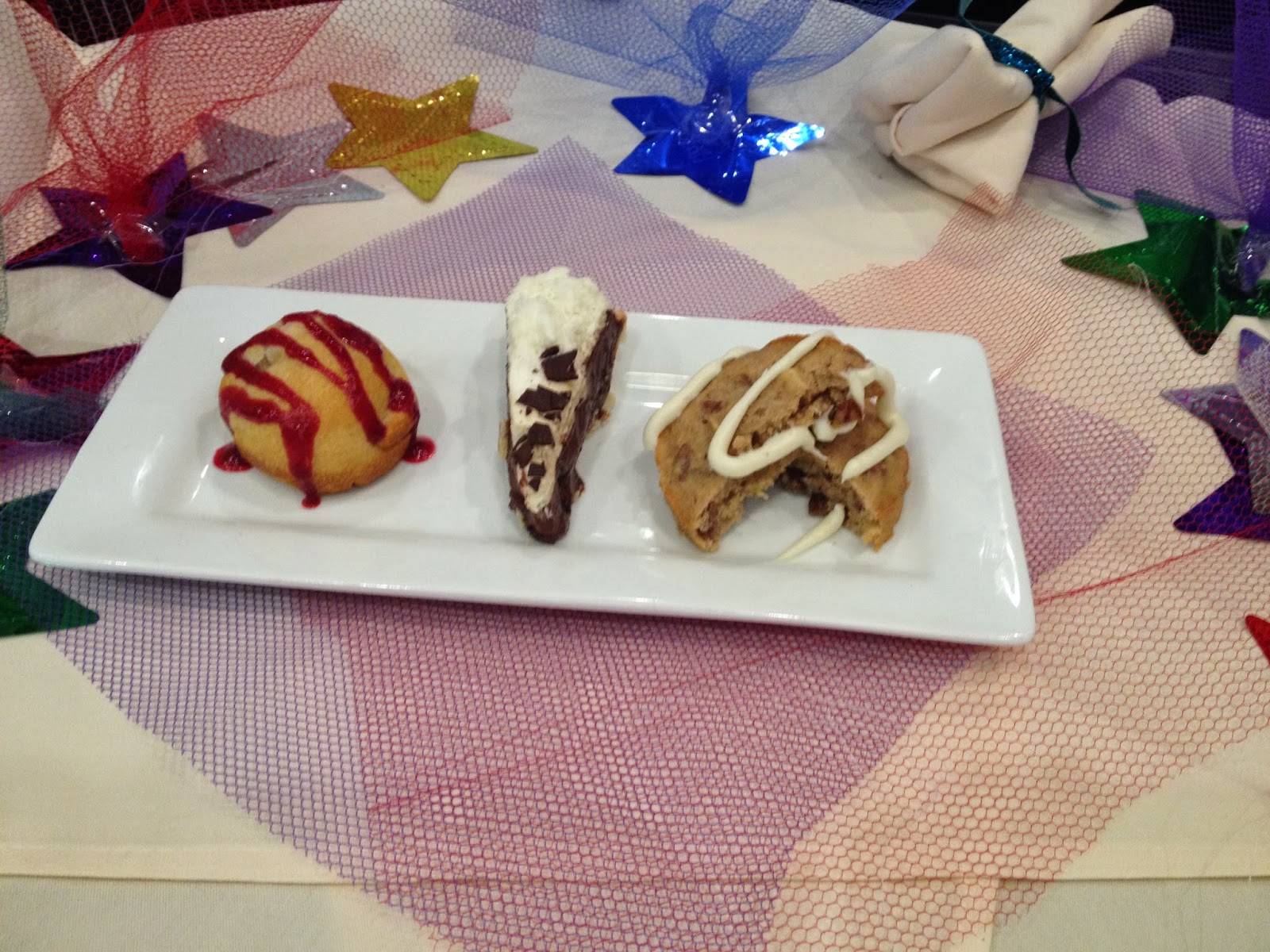 Sadly, the semester is now over and the kitchen is closed for a bit. I can't wait to see what comes up on their menu in the spring.