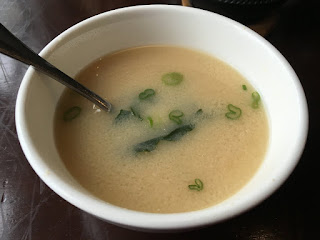 Last month my sister-in-law and I visited Miku Sushi in Lincoln Square. We went for the ramen as they were running a special for National Noodle Month, but we stayed for the sushi. :) Couldn't go to a place with "Sushi" in the name and bypass it all together. Both of us are sushi fans and were eager to try some of the maki.

We started off with some warm green tea and miso soup - which was very welcome after we were ducking in from a cold downpour and followed up with some ramen and then some fantastic rock shrimp, which had a slightly spicy and tangy sauce served over greens. It was fantastic. So, that was a lot of food and we should have stopped there. But...well, they have sushi. 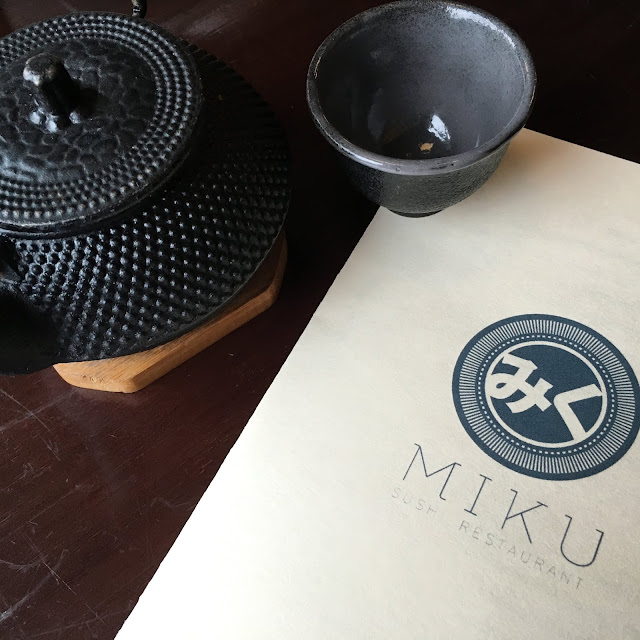 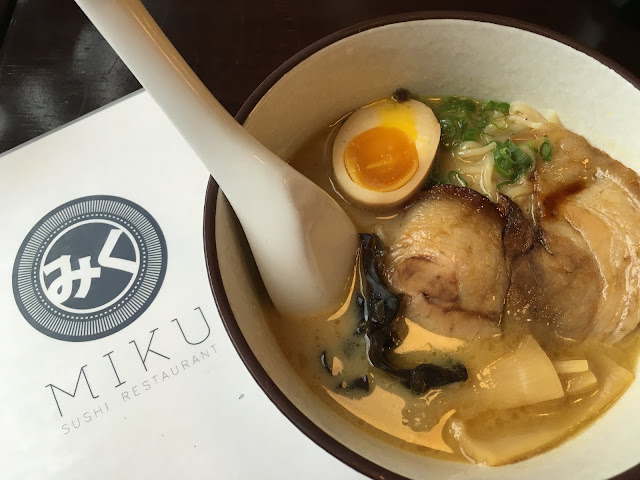 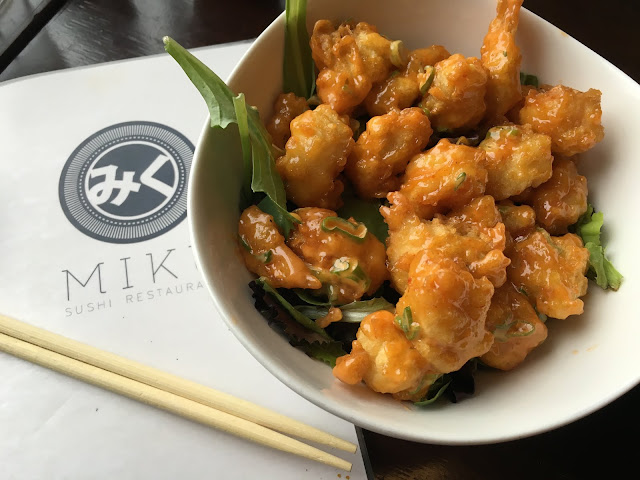 The maki was so beautifully and artfully presented that you honestly felt guilty eating it. I was way to pretty to eat. But we did. And we weren't sorry.

The Ebi Tempura and Mini Veggie Godzilla were my faves. 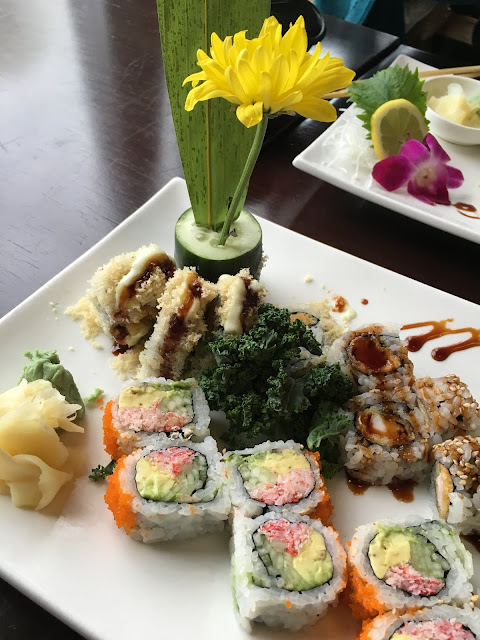 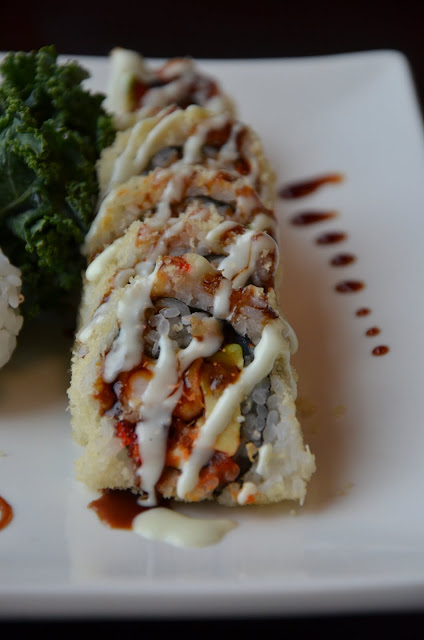 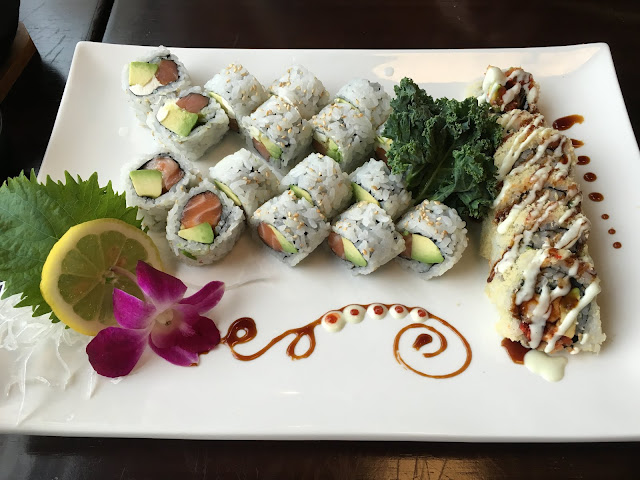 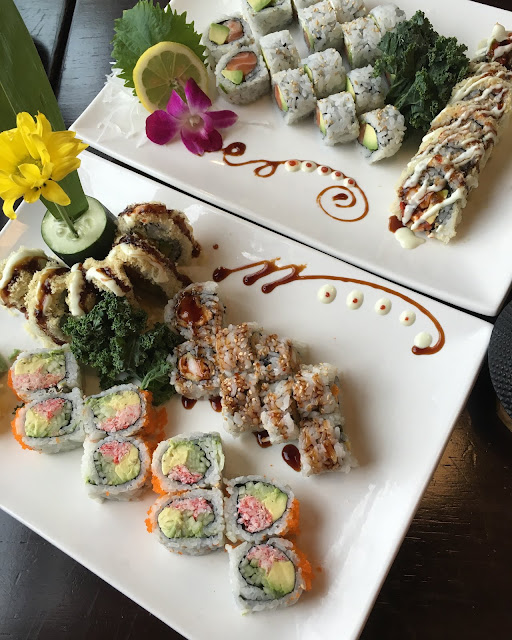 Miku Sushi hasn't been around long. It occupies the space that was once Tank Sushi. I totally recommend it for anyone who loves ramen or sushi.

***I did receive a complimentary meal for the purpose of a review. I was not compensated for this post. All opinions are my own.