I made a return this past weekend to Bohemian Joe's, this casual and cool spot that opened earlier this year not far from home. It was moving into a building once occupied by Popolano's, a local favorite serving up Italian specialties. There were some big shoes to fill, but they've filled them well with a completely different space, look and menu. I love that the name comes from a relative who lived in town a century ago and who owned a hotel/bar/restaurant called Bohemian Joe's.

I've had a number of items on the menu and one I've been eyeing and wanting to try is the Avotacos ($10) - three fried avocado tacos in wheat shells topped with fresh tomato and bell pepper salsa and cilantro and served with green goddess dressing. It was better than good. Like I-want-to-marry-it good. It came with a side and I opted for the for a small side salad. My son ordered a cheddar burger ($9) and for his side he opted for the mugamac ($2 extra) that is a popular item of mac and cheese that comes topped with bread crumbs and bacon served in a mug. There's also an entree version with pulled pork and house made honey BBQ sauce ($11.)

Other burgers include the BBQ Burger, a Portobello burger and the Bleus Burger. The portobello is a vegetarian sandwich with a giant portobello in place of meat and the Blues Burger is one that I tried and really liked. It's topped with bacon and bleu cheese crumbles on a potato flour bun.

The sandwich section of the menu also includes a pulled pork, a beef manhattan, a mediterranean wrap, a fish sandwich, the barnyard chicken sandwich, a reuben and the Joe Mama, which is an ode to Popolano's and closely resembles the Mamamlano sandwich which was a popular menu item at the former restaurant. It's piled with sliced top round roast beef and mozzarella on a garlic French roll.

There's plenty more on the menu, so stop in and check them out. 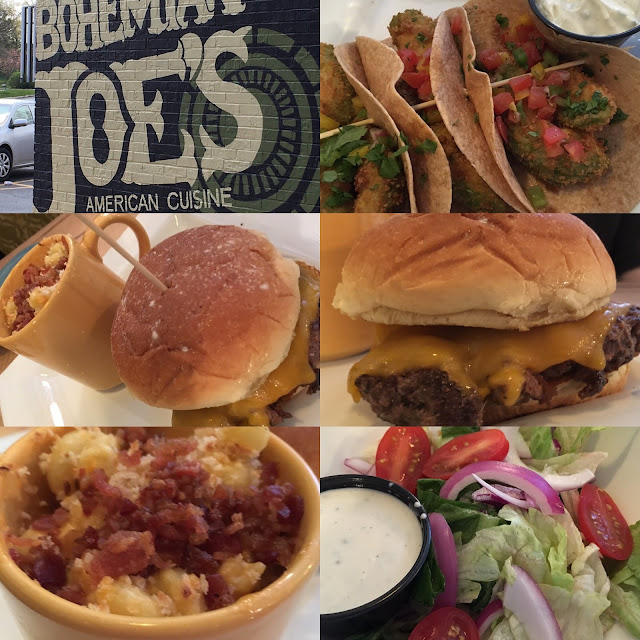 I also love that there's a nice selection of craft beers, both on draft and bottled. What I find really cool about the beer menu is that the beers are separated in categories such as "Fruity and Spicy," "Crisp and Bright" and "Hoppy." It's nice to have that guide as you're deciding what to order. I always find myself lost when there's a list of unfamiliar beers, questioning the server about which one is a Belgian-style, which one is a stout and what the level of hoppiness is. This takes out the guesswork. 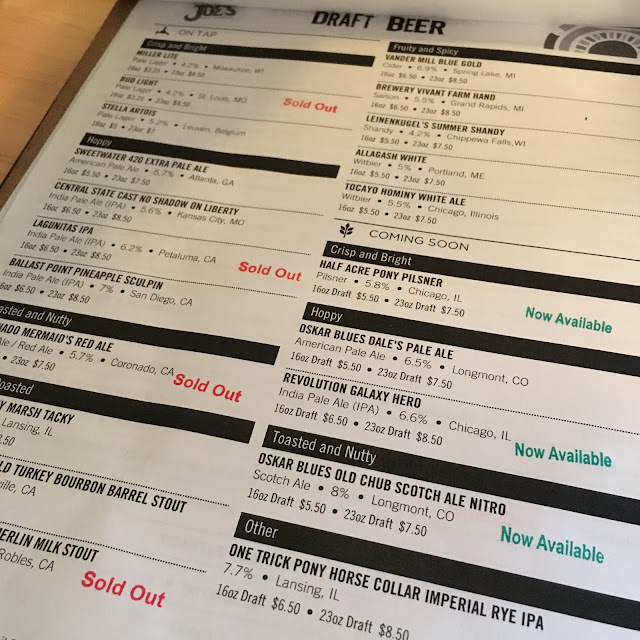