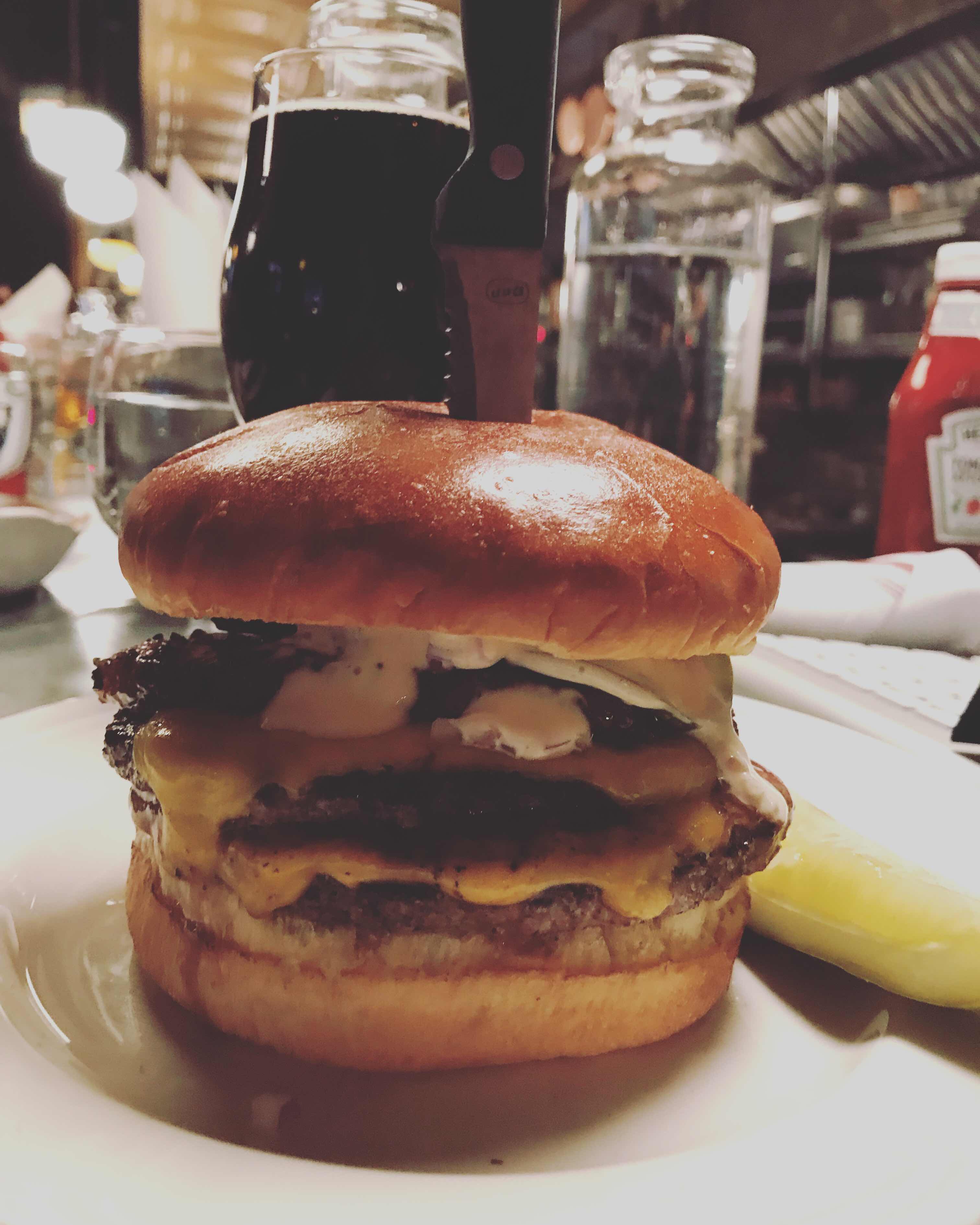 At the urging of a friend who owns a local cafe, I finally made my way to Au Cheval to try what has been declared by many as the best burger in the Windy City. Knowing that it would be hard to get in, I had put it off for quite sometime. I can handle waiting a while  to receive food once you’re in a place, but it’s such a drag to have to wait a long time for a table.

Anyway, I was in the neighborhood mid-afternoon after an event and figured if I stopped by solo I may be able to grab a spot at the bar. It worked. I popped in to a lobby full of people waiting, but when I asked for a seat at the bar there happened to be one - just waiting for me.

Being seated at the bar was a fun experience as you can watch all the food being prepped before you by a bunch of fast-moving guys in a really small space.

I was skeptical going in. I’ve had some really good burgers in my day and I wondered if this one would live up to the hype. Yeah, it totally does. That was one absolutely fantastic juicy, meaty burger with such a distinct flavor. The menu doesn’t offer much of a description and I didn’t ask questions. I just enjoyed. I did hear a server describe the sauce as a dijonaise. Not sure what kind of cheese it was, but it was creamy and dreamy. The burger was  definitely some high-quality cooked to pink and melted in your mouth. The bun was a brioche-style that was perfectly toasted. I can’t really think of one tiny little thing that could be done to it to improve it. It was pretty perfect in every way.

I did order a single - and was charged for a single, but it really looked more like a double. So not sure it was an error in my favor or if that’s really what the single looks like - and if that was a single, I can’t imagine how much taller a double would be.

So I can finally join the club and hop on that “This is the best burger in Chitown!” Bandwagon because it truly is.