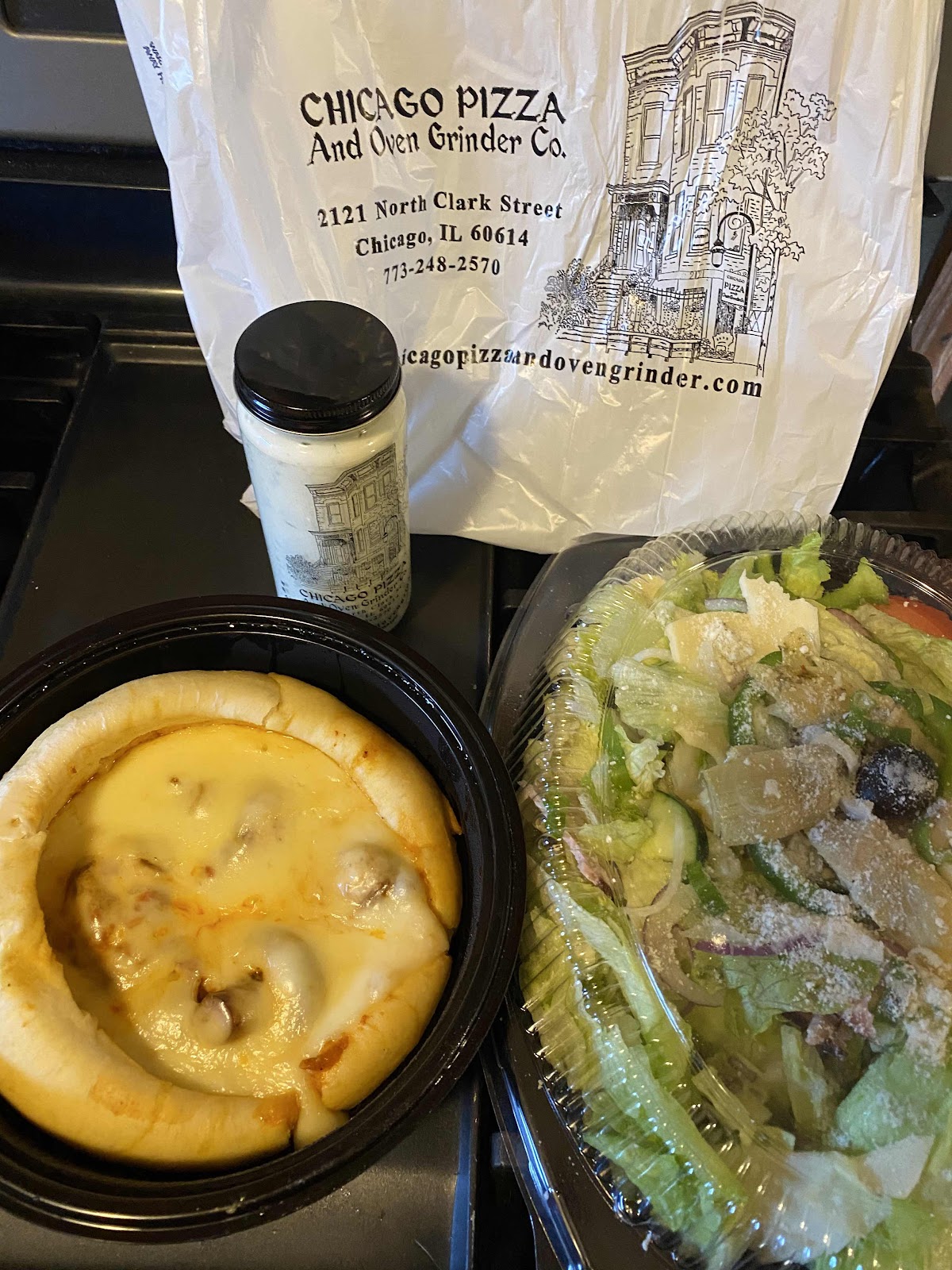 I've had a foodie bucket list going for years. Each year I cross quite a few off the list and I add more. Some have been on the list for years, which goes back about 7 years. I started it not long after we started this blog. The ones that have been on there for a very long time are usually on there for one of four reasons. 1) It's very expensive to eat a meal there. 2) It's pretty far away 3) It's in a neighborhood where it sucks to try and find a parking spot and there's no valet 4) They don't take reservations and a long wait is a given. 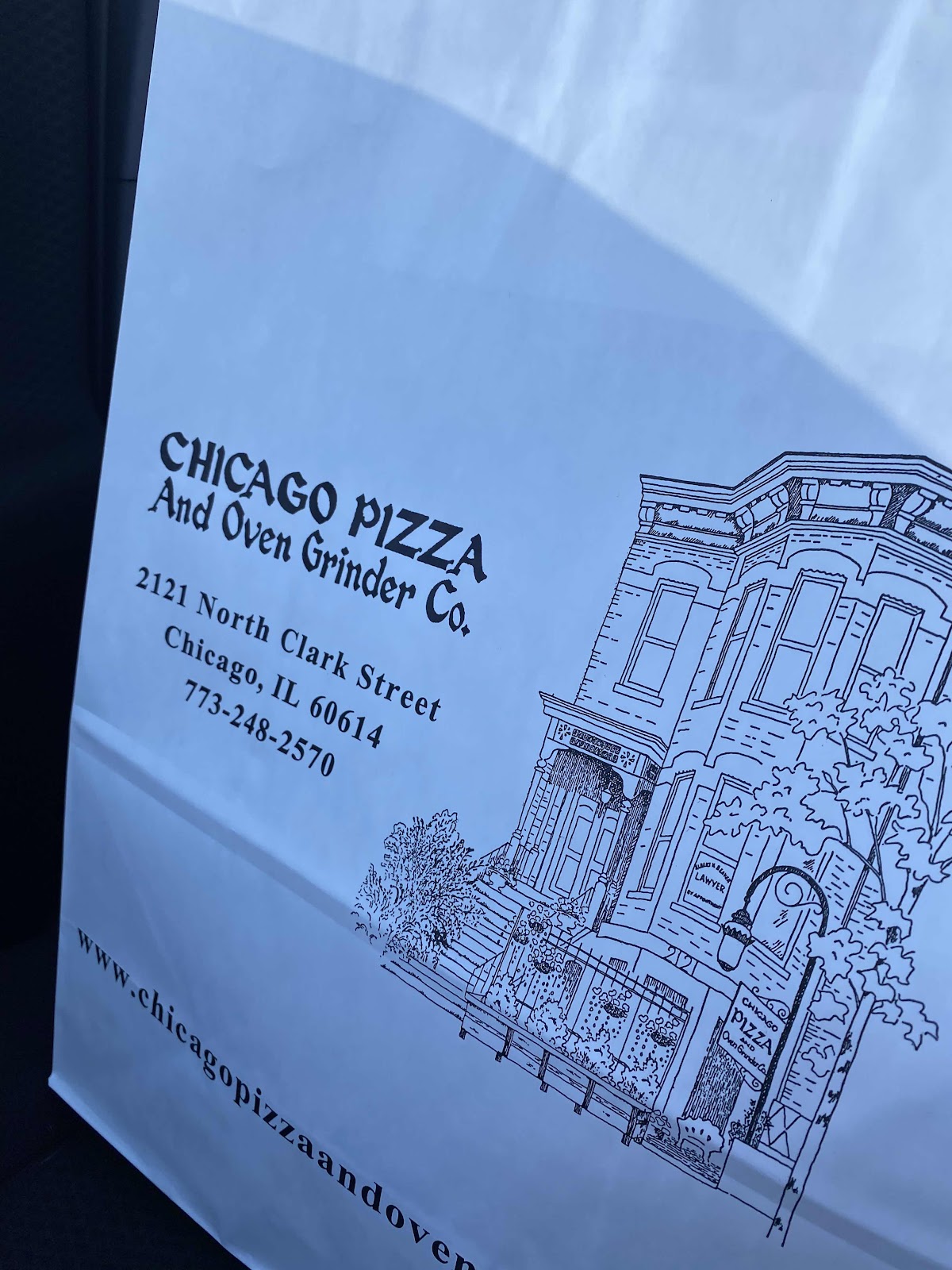 Chicago Pizza and Oven Grinder Co. had two strikes against it - parking is scarce in that neighborhood and a wait is inevitable as no reservations are taken. But it's been on the list for a long time. I've heard so many times how great it is. I tried to work in a visit before after a Cubs game a few times, but never made it there. 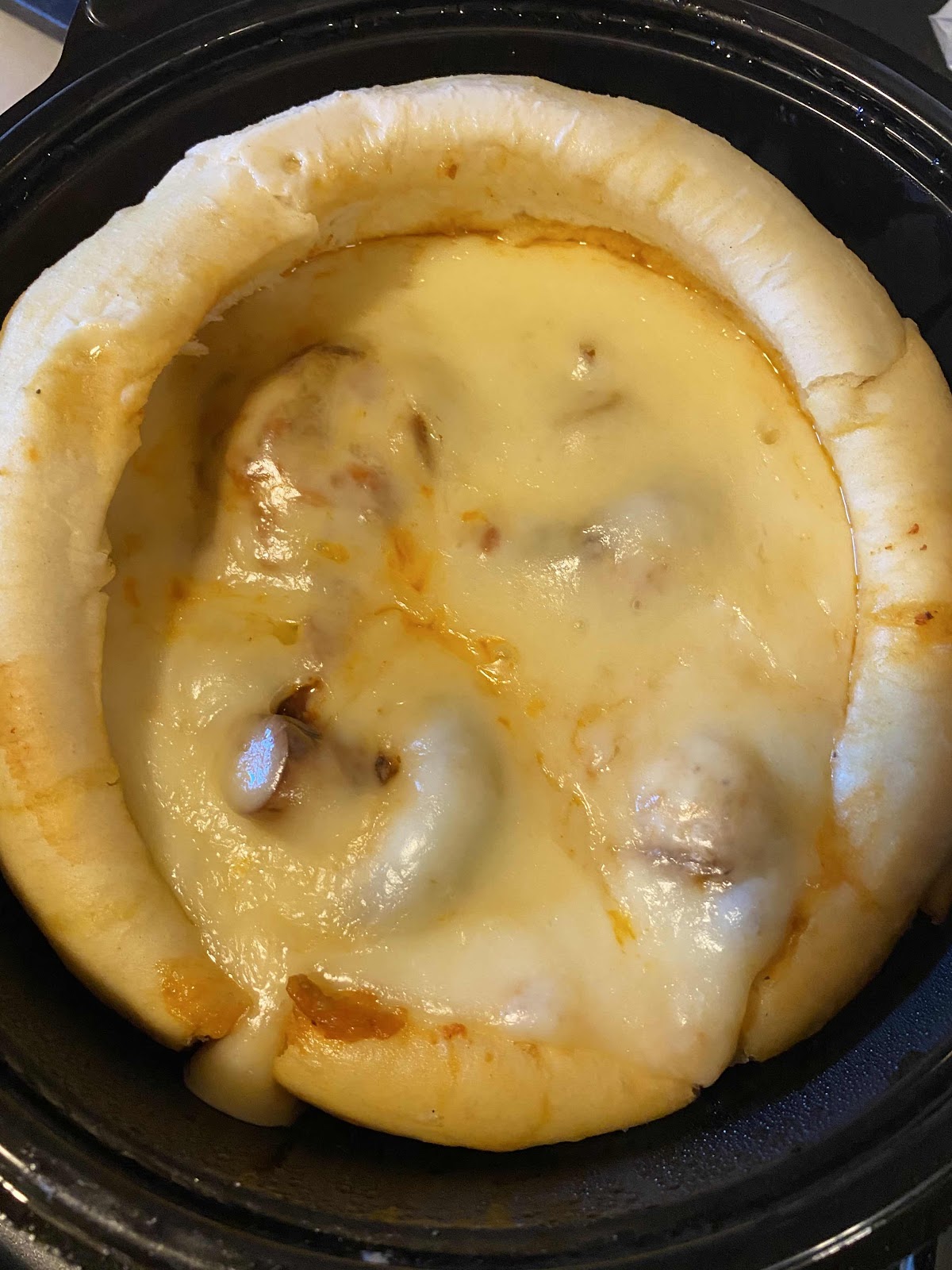 So, now that we're in quarantine and the restaurants are ordered to be closed, it seemed the best possible time to try out their food. I know it's not the same as having it in the restaurant - especially when it takes about 40 minutes to get home. It's not going to be at the same temperature it would be if you were eating it in the dining room. 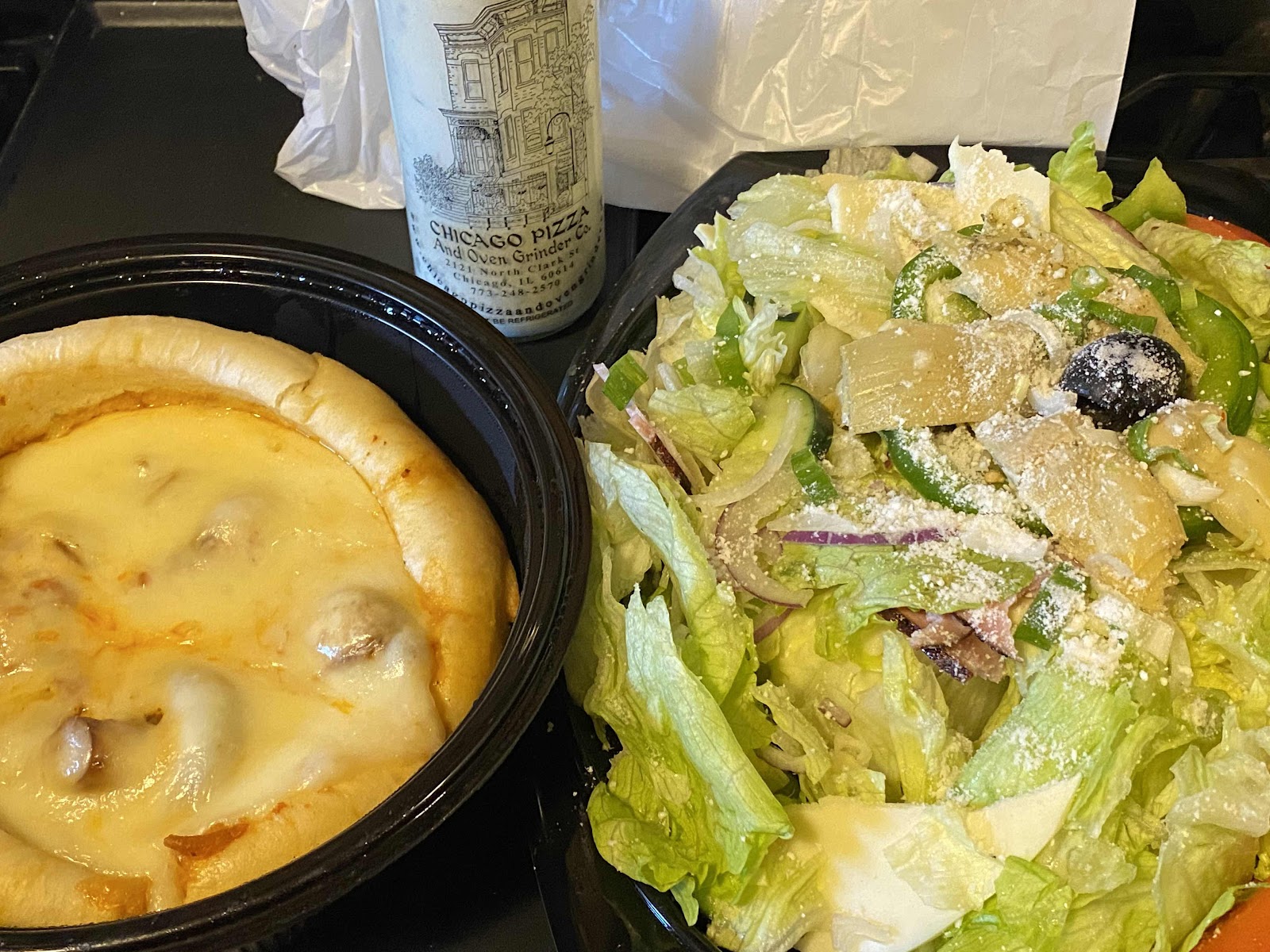 It actually took several attempts before I got through to order. I tried calling one day and just got a busy signal. Another day I got someone on the phone and they said it would be ready in 20-30 minutes and asked if I'd be there by then. I asked if I could pick it up at a later time. Nope. They said call back when you're 20-30 minutes away. I started driving there and then tried calling, but after a dozen tries gave up and drove back home. Third time was a charm. I called as soon as they opened and got through. When they asked if I'd be there in 20-30 minutes, I said, "Well, my GPS says 35 minutes." The line went dead. Not sure what happened. I'll give them the benefit of the doubt and figure that it was a bad connection. But I was back to square one. I tried again and when they asked if I'd be there in 20-30 minutes, I bold face lied and said "yes." I knew it would be at least 35, but I wasn't taking any chances. I had made too many tries.

Once I got there I pulled right up in front to an empty spot, called the number as directed and my nicely packed dinner was promptly brought out. 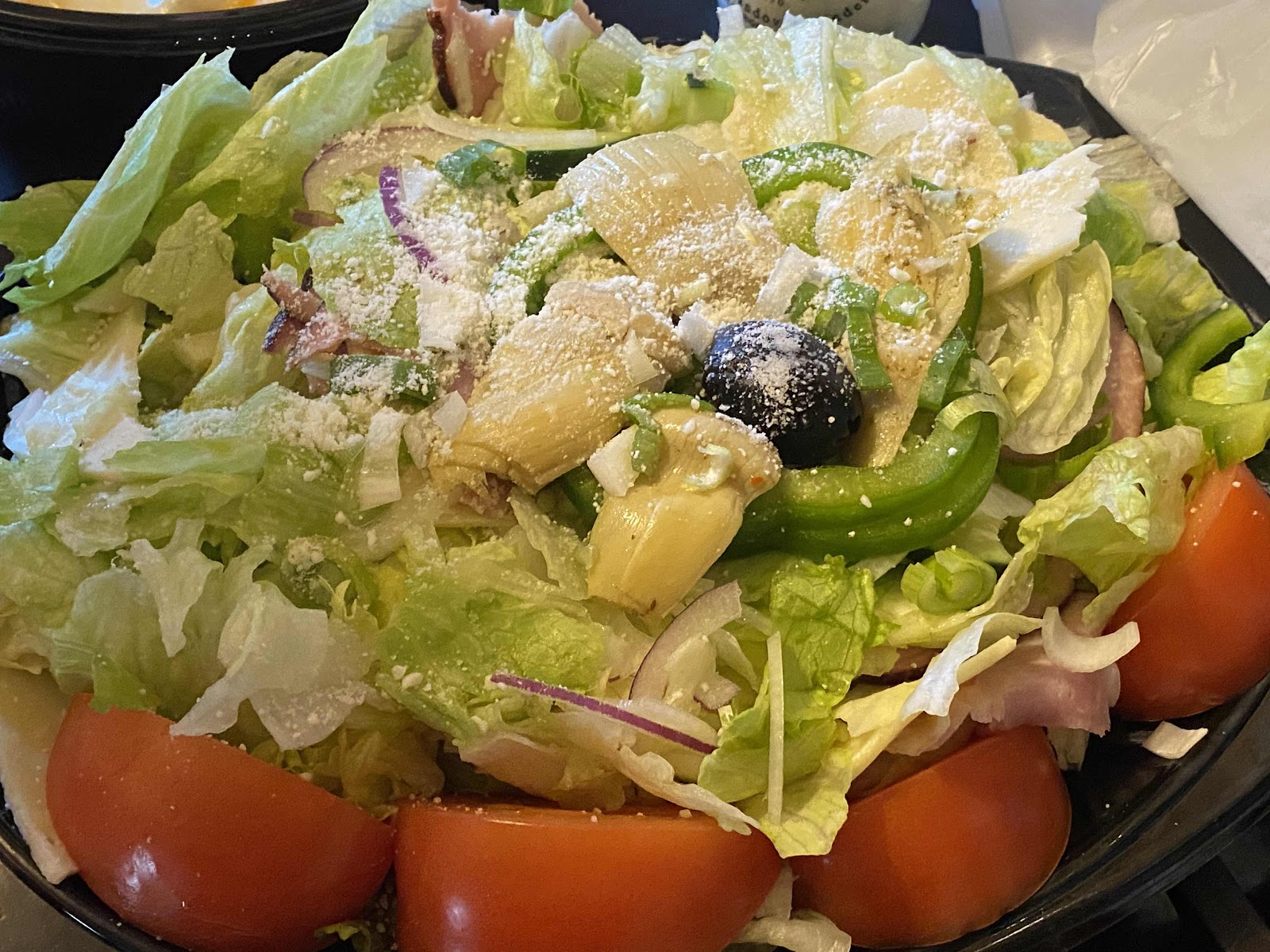 I got a one-pound pot pie pizza to try. It's not like a typical pizza where you can choose ingredients. It's either meat sauce or no meat. And you can get mushrooms or no mushrooms. Those are the options. I went for the meat and mushrooms. I'd seen the pizza pot pies being made on TV before and it looked so good. It tasted better than it looked.

I also wanted to try a salad. I had heard the dressing was amazing. I ordered the Great American Salad. It was huge. I ate it for the next four days. I ordered a bottle of the sour cream garlic dressing. It was so good. I also got a little side of sour poppyseed dressing. Someone told me I was supposed to mix the two. Sounded weird - but both together were so good.

After all the hoops I had to jump through to finally get my order and get it home, it was well worth it. It is something like nothing else I've ever had. And now I'm having regret that I didn't get the Mediterranean bread I'd heard so much about. I'm thinking about making one more trip there so I can try it as well.