My best friend recently celebrated a birthday and I asked her where she wanted to go to celebrate. We often get together and eat when it’s birthday time. No surprise there. She was in the mood for Mexican, but was starving by the time we left, so she didn’t want to go somewhere too far or where we’d have to wait a long time.

We settled on Cilantro in Homewood. It’s a place she really likes and one I had never been to (although I had tried some of their tacos at a local festival). 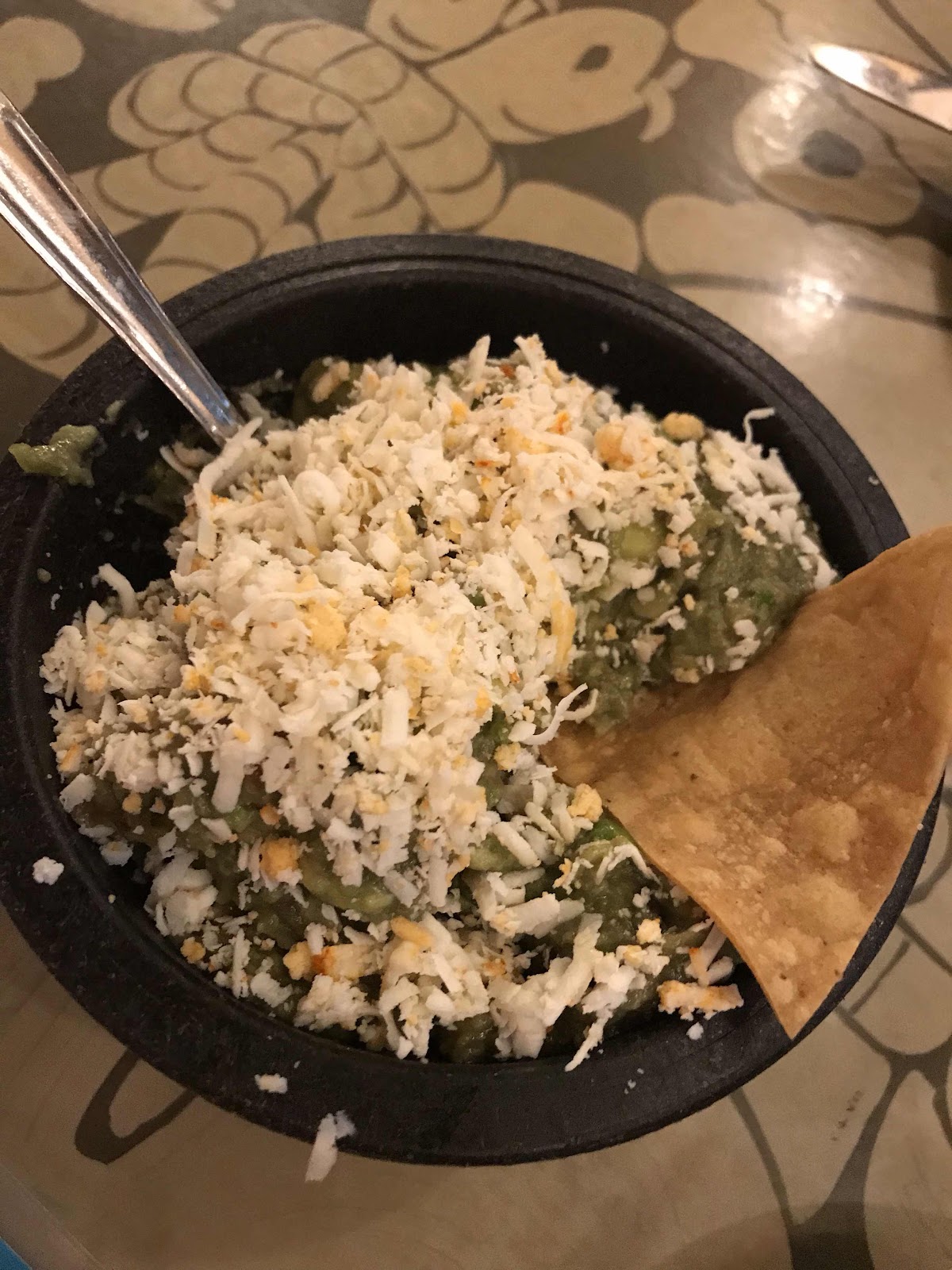 We started off with guacamole and chips (after already eating some of the complimentary chips and salsa that were brought to the table as we were seated). I wasn’t in the mood for the typical tacos. I went back and forth between sopes and empanadas. I finally settled on traditional empanadas (which I was told contained chorizo and potato). And I always love to get spinach quesadilas when I’m at a Mexican restaurant, so I ordered an appetizer portion of that, as well. And I almost never pass up an opportunity to have elotes, so I ordered a side of that, too. I knew it was going to be too much food, but couldn’t help myself and it’s always nice to bring home leftovers for one of my boys or to enjoy for a later meal or snack. 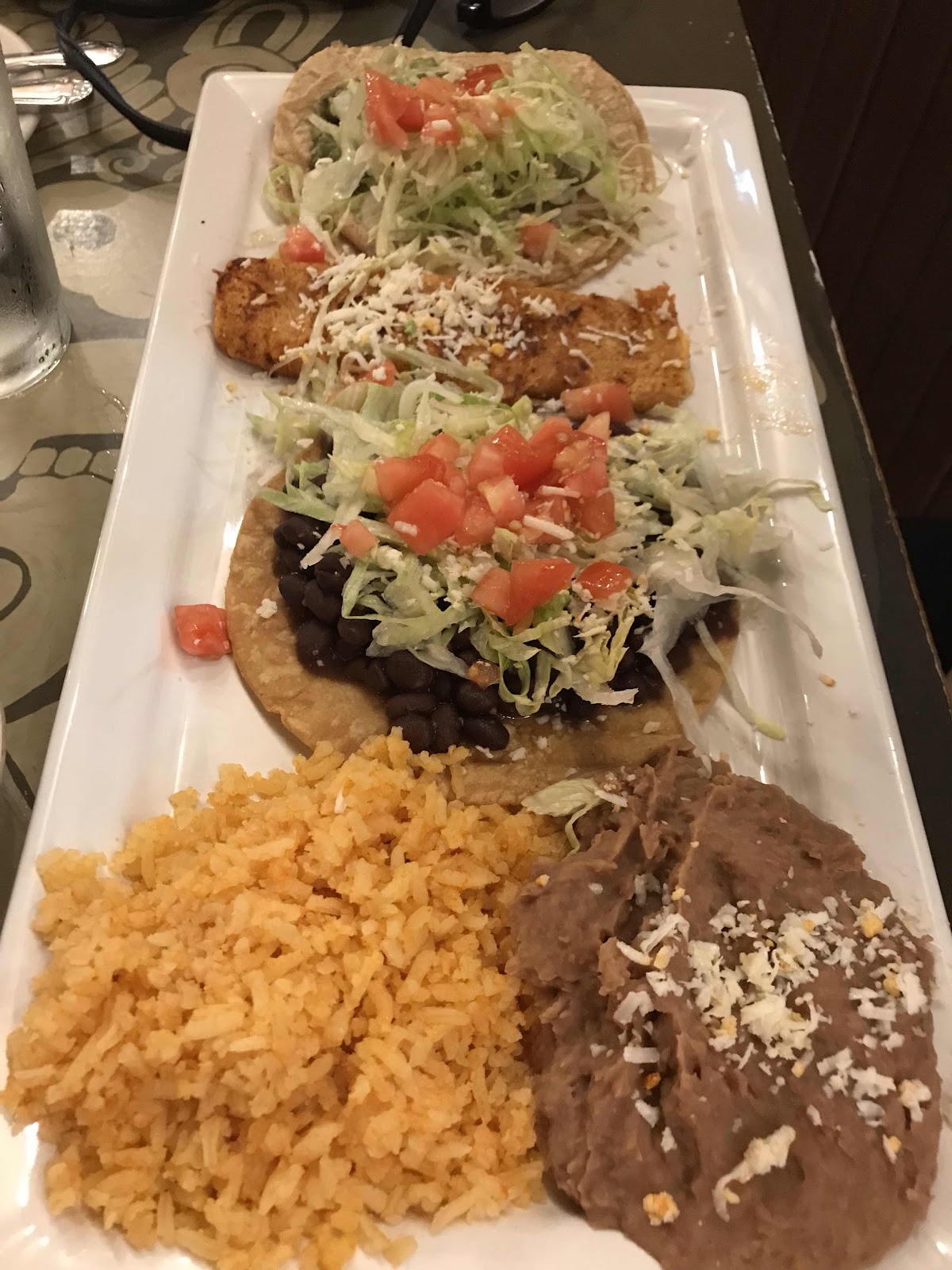 Michelle ordered a vegetarian combo with a black bean taco, an avocado taco and a cheese enchilada with some rice and retried beans. 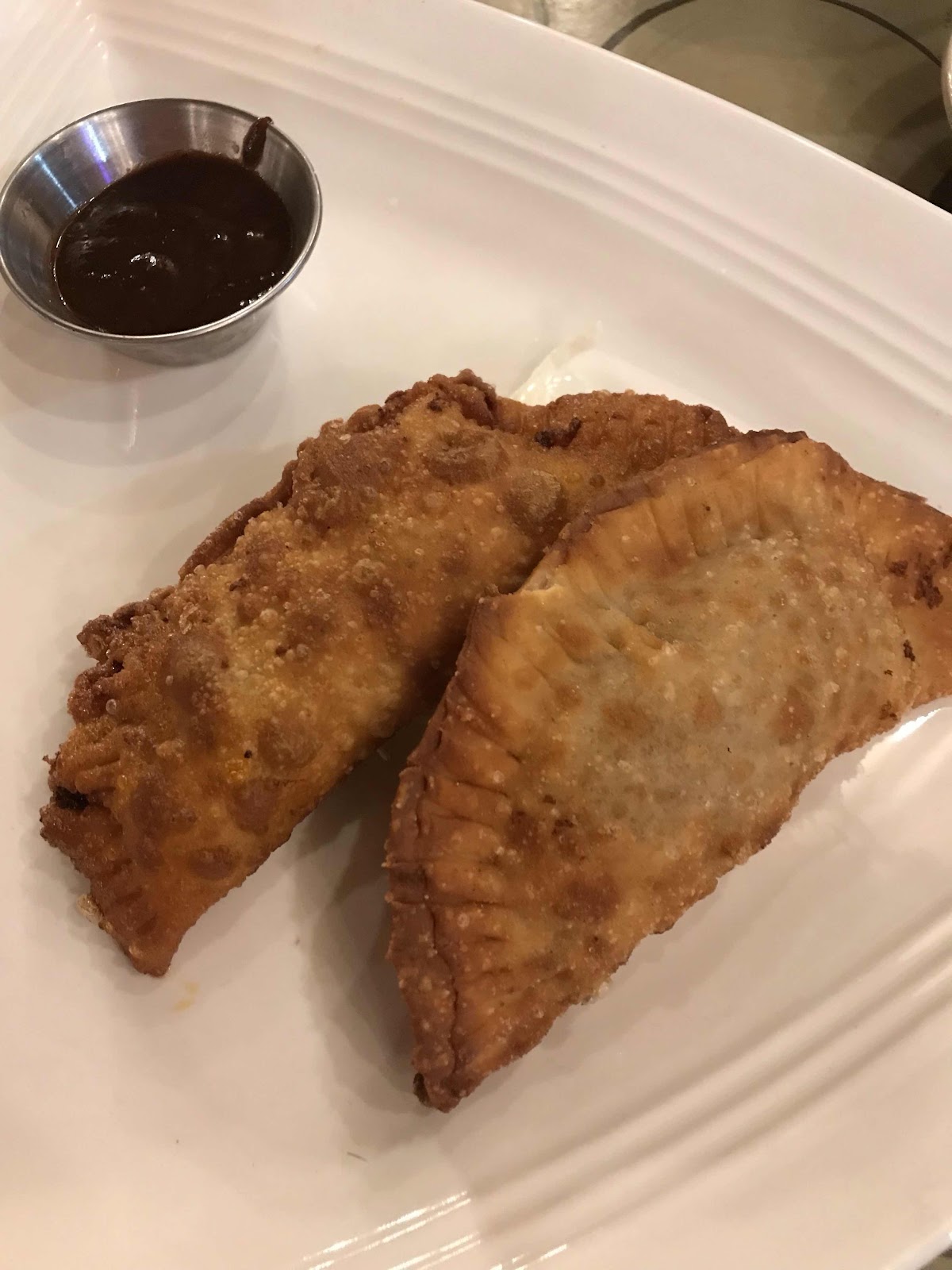 The empanadas had such a good crunch and I wish I could have enjoyed more than a couple bites, but my wimpy taste buds couldn’t handle it. It must have had the spicy chorizo in it, rather than mild. I forgot to ask.

The quesadilla was delicious and my belly was super happy to enjoy some elotes. 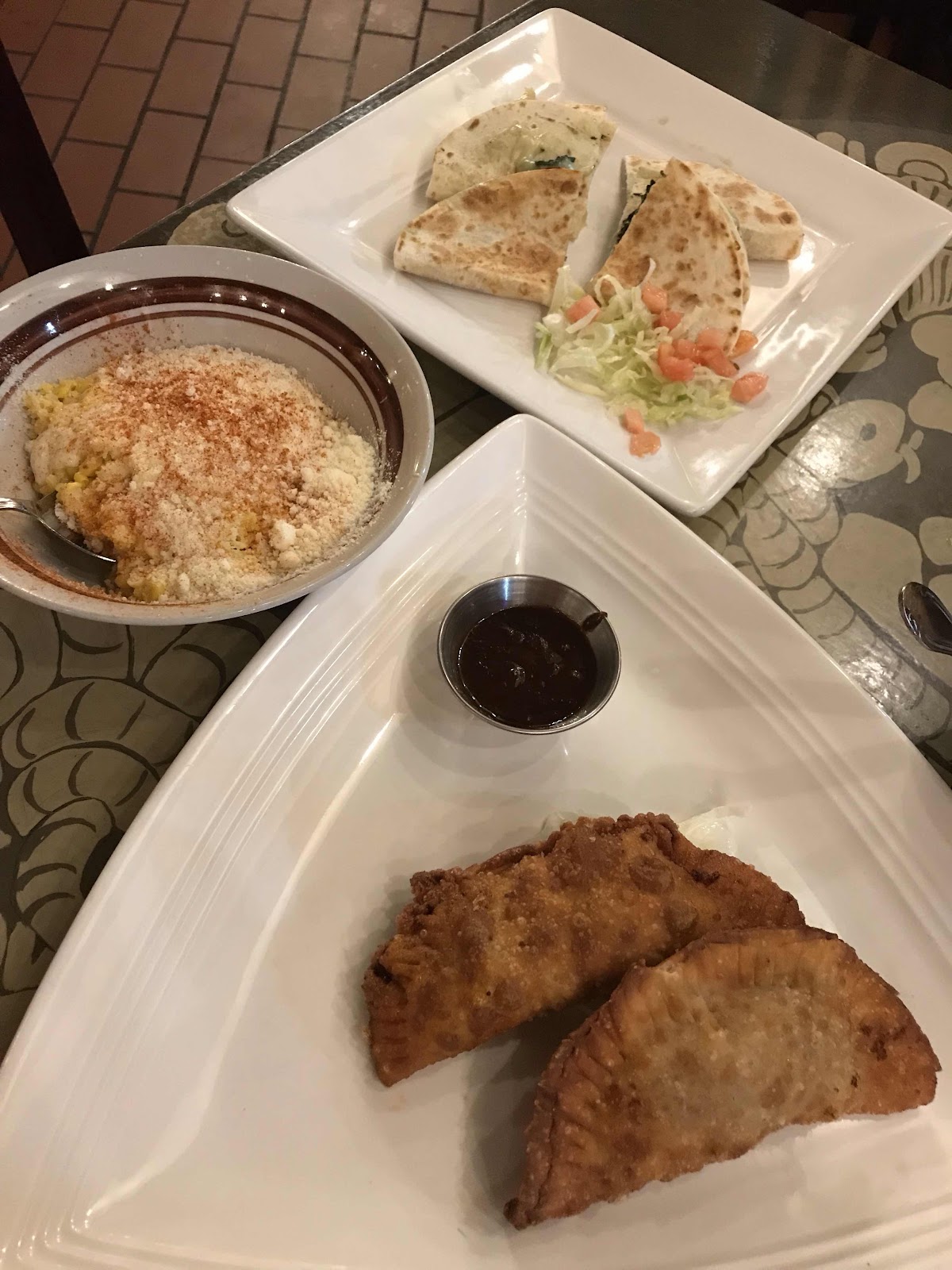 The birthday girl needed a treat and it was her first time trying fried ice cream. It was such a large portion that I got to have a few bites. It was so good.

The decor was adorable and festive - very flowery and colorful. There’s also outdoor patio seating, but we opted to sit indoors since it was the first late summer night that seemed to be just a little chilly. But I’d love to check out the outdoor seating on the next visit. It had dim lighting in a cute secluded patio area.

Happy birthday to my pal and foodie friend, Michelle! 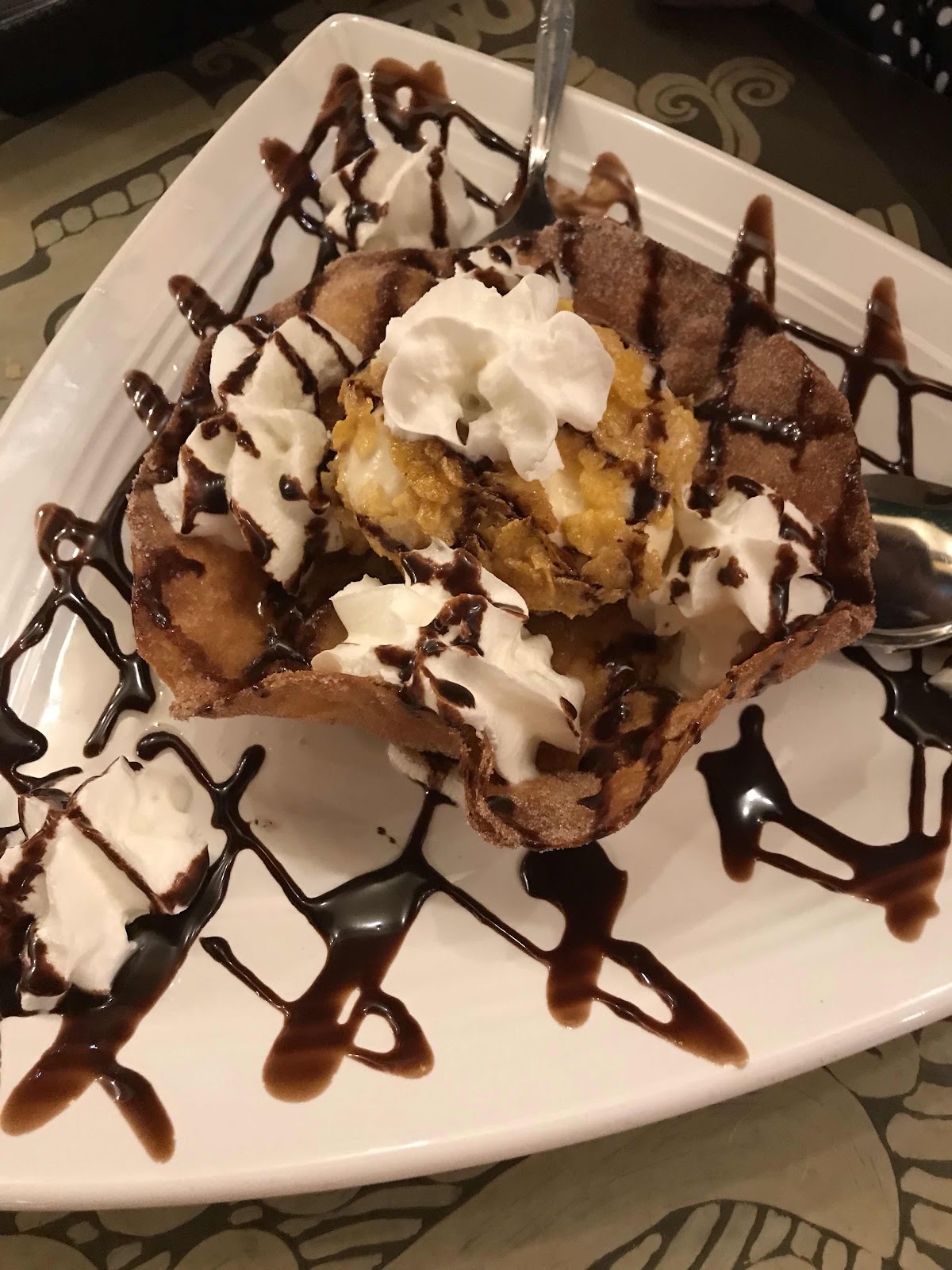 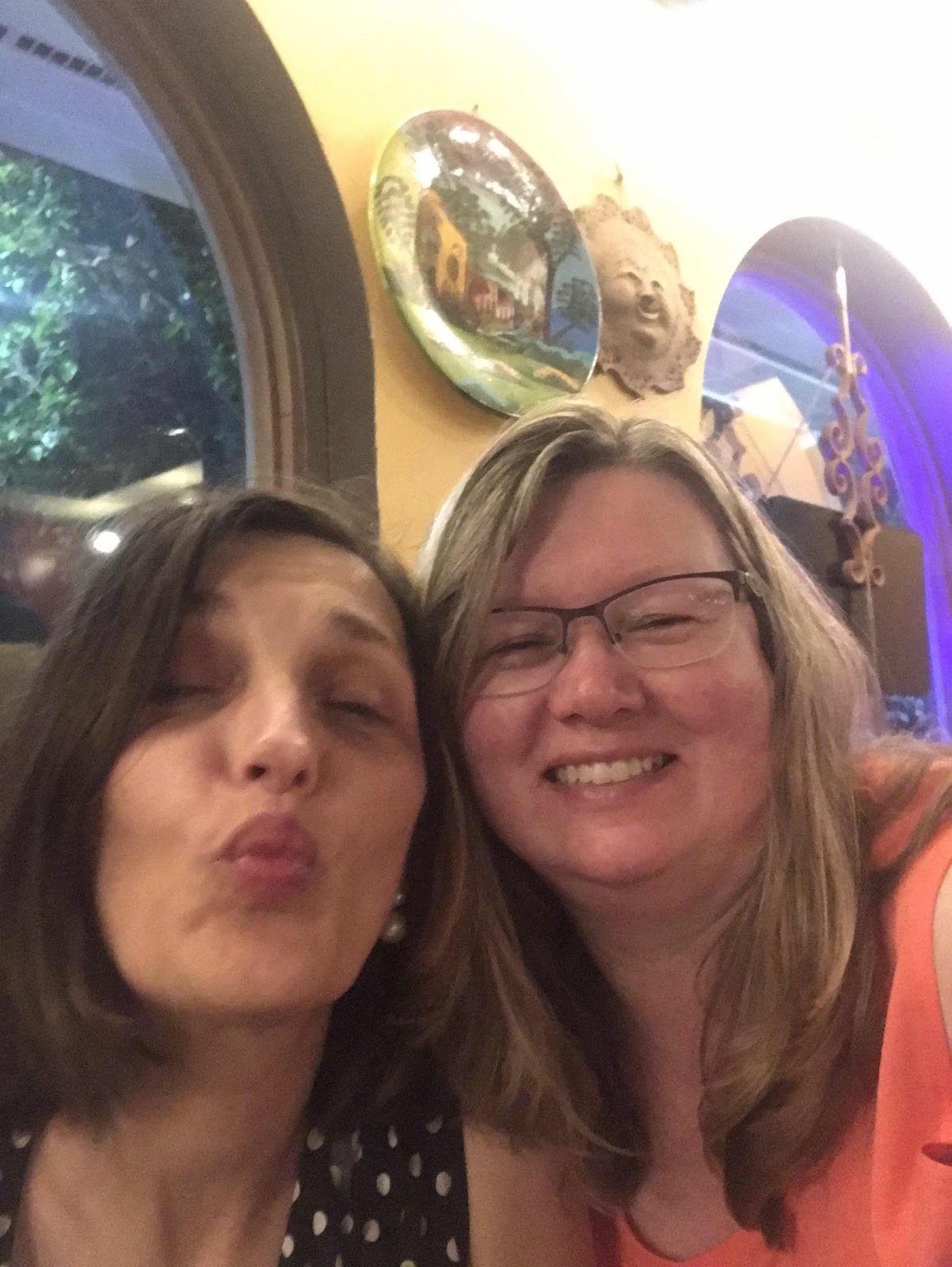