Yesterday, I had a couple prepared crusts to use up and lots of shredded cheese in the fridge, so I decided we would have pizza on the grill for dinner. I made a quick run to my local farm stand. Turned out they were out of a few things...now I know to go there late on Tuesday. That's the day they go to the big market in Chicago and come back with loads of fresh produce. 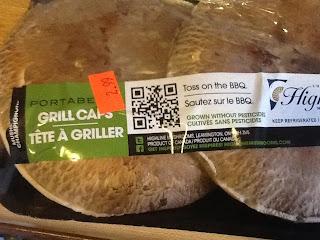 So, sadly, I wasn't able to get everything I wanted. I grabbed some peppers, but when I asked about mushrooms, he pointed out one last pack of portabellas. That's all that was left. I considered slicing it up to go on top of the pizzas and then I realized that they would make a good base for a pizza. Instead of crust, flatbread or an English muffin on the bottom, I thought I'd try these as a crust.

They do tend to dry out quickly on the grill, so I brushed them well with olive oil before adding ingredients. Here's what went on top of these:

Remove the stems from the mushrooms and scrape out gills with a spoon. Brush tops with olive oil. Add ingredients in order above or experiment by adding your favorite vegetables. Place on grill - at about 400 degrees on indirect heat for about 12 - 15 minutes or until portabella is softened throughout. 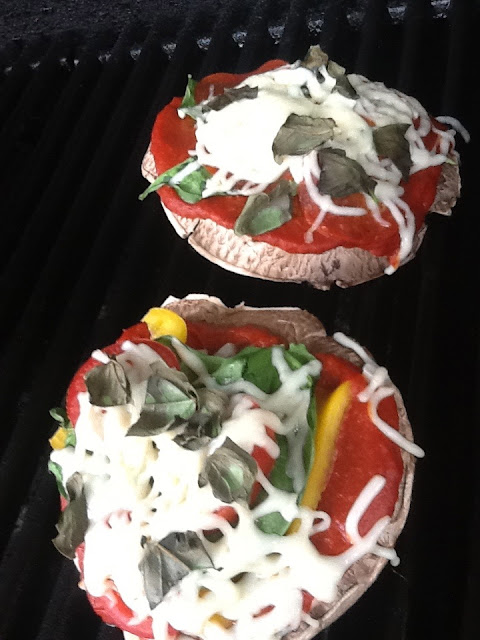