Lately, I have seen a large number of recipes for fritters - black bean fritters, zucchni fritters, spinach fritters. I glanced at one from Dish by Dish called Spring Onion and Spinach Pancakes and worked from there, modifying it with what I had on hand and for the quantity I wanted. Here's her post:
http://dishbydish.net/2013/06/17/spring-onion-spinach-pancakes-thinking-about-my-father/ 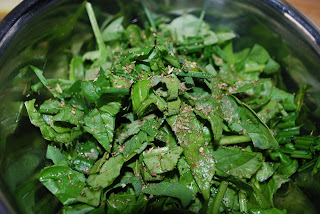 Mix bowls together and heat skillet. Add olive oil to skillet. Spoon out batter and add to hot skillet. I sprinkled a little more bread crumbs on after they were in the pan. The rest of dinner was almost done, so I made a small batch of 6. 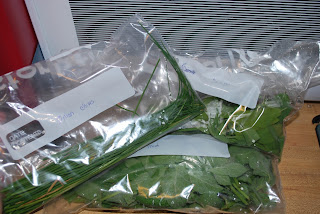 My friend, Judy, had dropped off some fresh chives, mint and sage, so I used the fresh chives and sage in this dish.

I also topped it with a dollop of sour cream with fresh chives stirred in.

I think in the future, I'll do more spinach and less egg and I tasted more egg than anything else, but overall not bad, especially with the sour cream and chive on top. 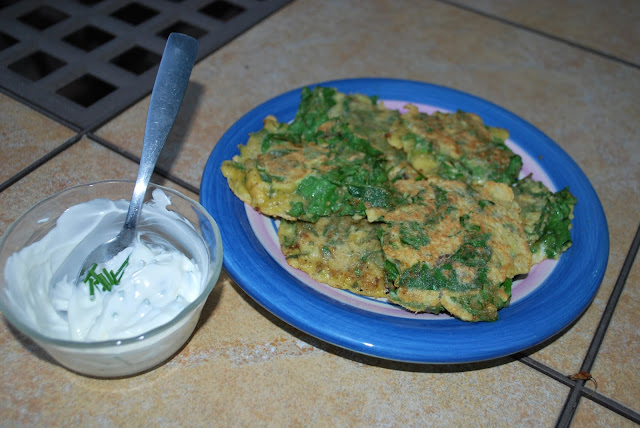 This was hubby's plate, a fritter with a grille chicken drumstick, some green beans with sliced almonds, a veggie mix made on the grill and a tomato with oil and garlic warmed on the grill - and a glass of strawberry lemonade. I had my fritter along side a bagel pizza and tomato as I only eat white meat chicken. 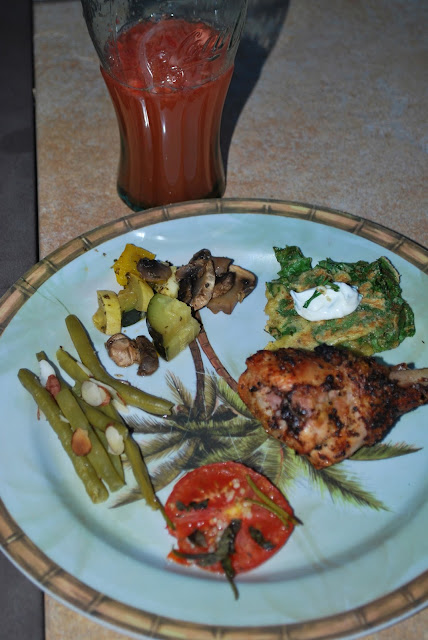