Donna Rice's company is called Desperado's BBQ & Rib Co., but if you have made rounds at various ribfests, you may know it better by the slogan "Lick My Ribs." That slogan is displayed just as prominently on their signage and on the shirts of her staff it's even bigger and brighter than the company name. Rice seems to be okay with being known for their catchy slogan.

The company operates out of Hinckley, Ohio, but Rice said that she spends about 7 months out of the year on the road serving up barbecue to hungry fest crowds, where they cook up ribs, beef brisket, pulled pork, cornbread, mac and cheese and more. They have three different sauces from mild to "Hotter than "H" Sauce. Their original sauce has netted them $15,000 in a contest in Cleveland and won "Best Sauce in America." Sauces and rubs can ordered be found online at lickmyribs.co. The sauces are gluten free, salt free and have no MSG.

Traveling with a crew of about 10, Rice has been in the business of food festival for about 20 years. Rice tells me that they've won 1st place trophies in 26 states.

I did try out some of the ribs, which were fantastic. I also loved the baked beans, which are made with pork and beans and kidney beans, barbecue sauce and chopped barbecue meat.

You still have one more day to get to Naperville Ribfest and give them a try. Go ahead...get over there and lick those ribs! 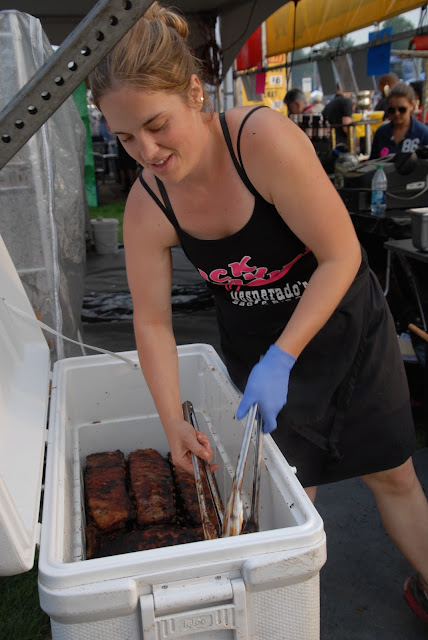 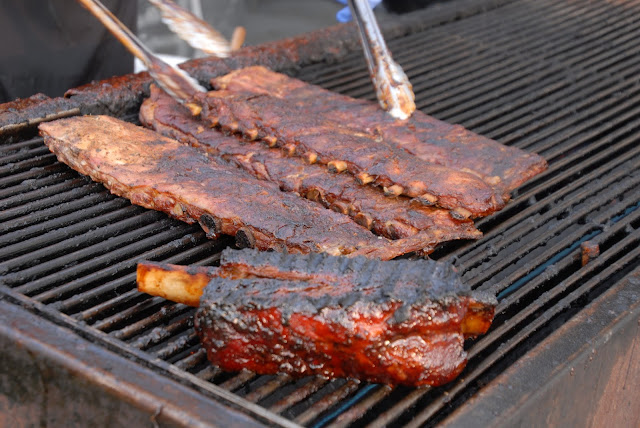 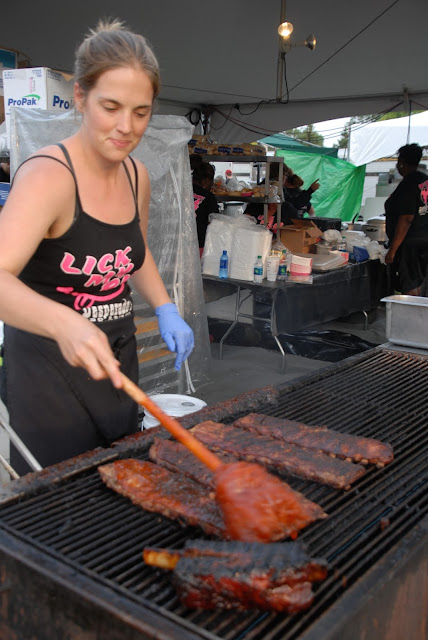 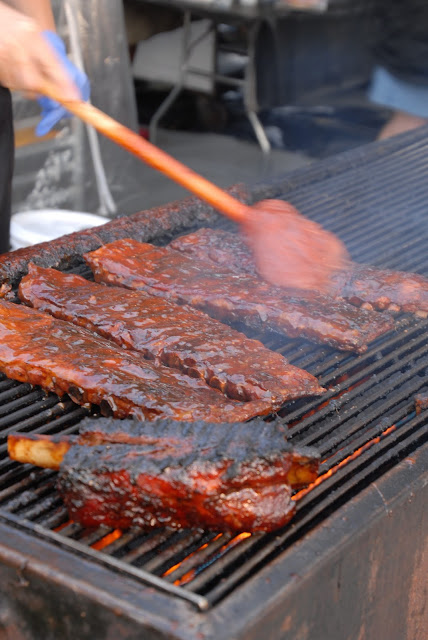 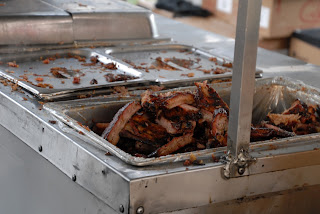 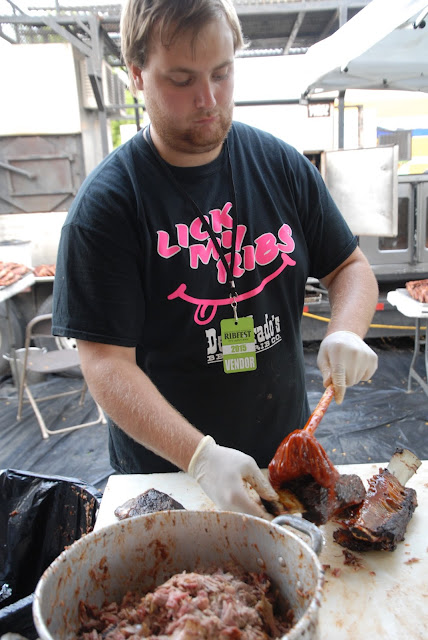 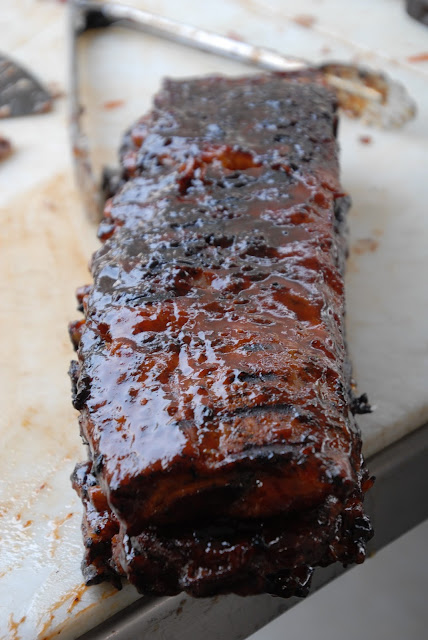 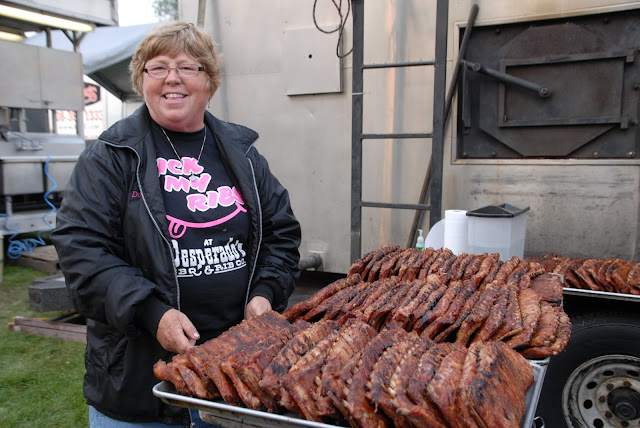 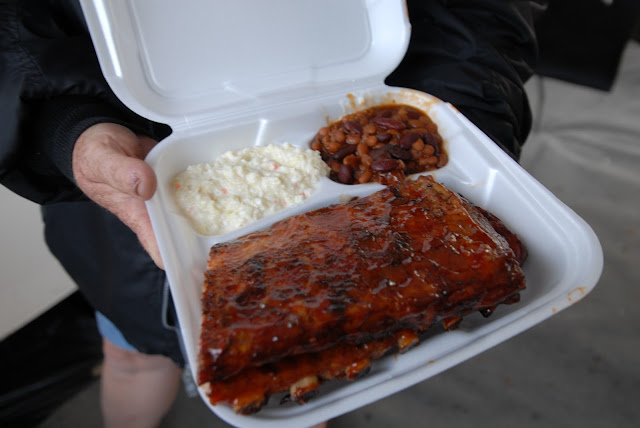 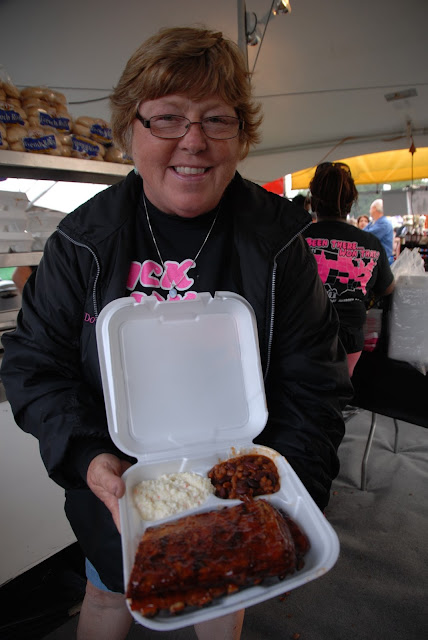 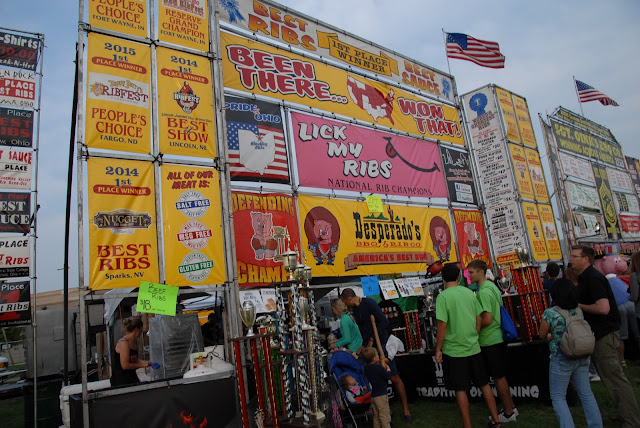 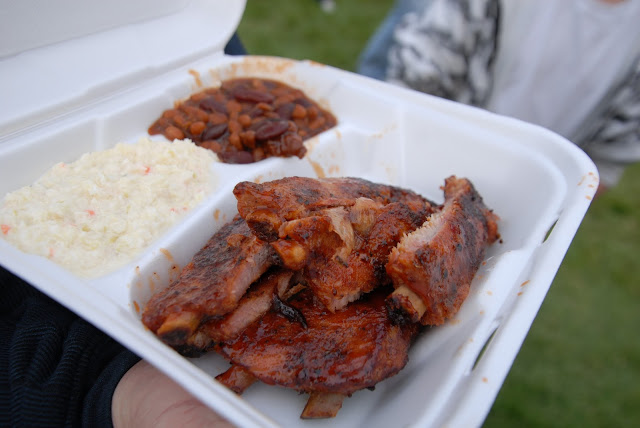 You can also expect to usually find an enthusiastic fellow showing off one of Desperado's many trophies. 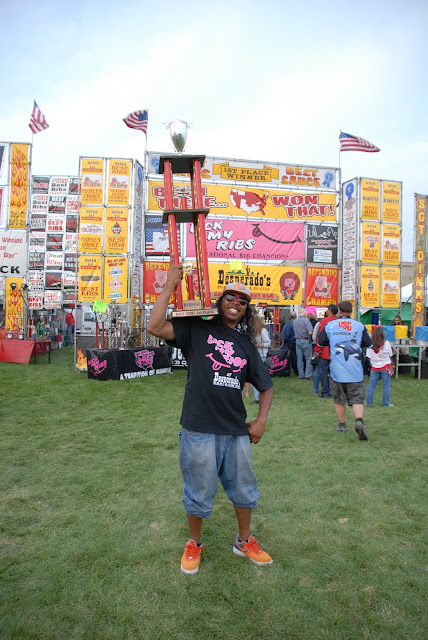