On a recent visit to Indiana's Amish Country, we needed to find a place to stop for dinner as we were heading back home late in the afternoon. My hubby likes to search for craft breweries that serve food when we are on the road, so after looking online he found Goshen Brewing Co. which was just a little off of our path coming home to the Chicago area from Pokagon State Park in Angola, Indiana.

As we were driving to the brewery, it started snowing. Like really, really snowing. It made for a pretty scene, but a treacherous drive. Unfortunately, we had traveled to Shipshewana for their annual ice festival when there was no snow on the ground. The early season snow had all melted and we were there on a day when the temps were in the early 40's and the beautiful sculptures were dripping. But, the day we decided to head home the temps dropped and the snow started falling.

Anyway, by the time we reached our destination, it was a very welcome and warm sight (between the blizzard conditions.) Located in an NIPSCO building (I believe an old pumping station) it has an industrial feel with brick and steel accents. I was impressed by both the beers and the food menu. It's a casual spot where you order your food at the counter and your beer at the bar, so it was nice not to have a long wait to get either. We were there on a weeknight right after Christmas and even though it was full when we got there, we didn't have to wait long for a table.

We started out with a Texas Tumbleweed, a cream cheese and smoked Gouda cheese ball rolled in bacon, jalapeños and walnuts and served with tortilla chips. It was addictive and I could have easily made a meal entirely out of this appetizer.

Hubby and I were with three of our boys and everyone ordered something different. One kid got a Cobb Salad, one got a pulled pork, one got a beef brisket. I got some mac and cheese and hubby got the "Low & Slow" sandwich - a skirt steak braised for 8 hours, then grilled and topped with chimichurri aioli, grilled onion and greens on a ciabatta bun. It was phenomenal! 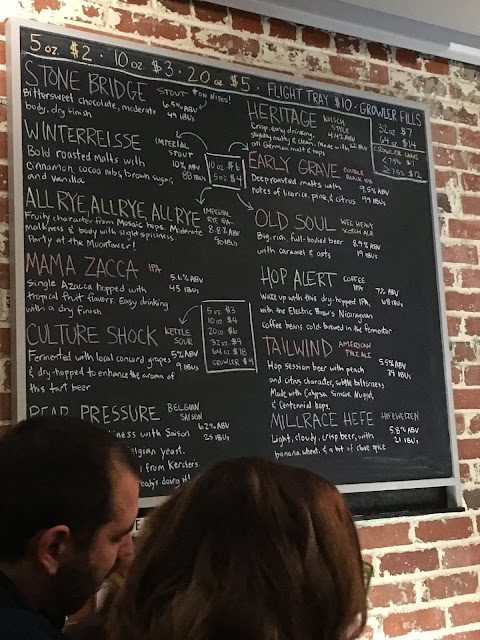 Being in Amish country, we were greeted by buggy parking in the lot beside the building. :) 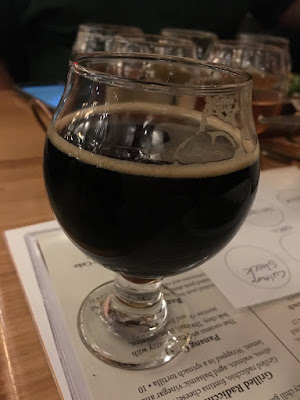 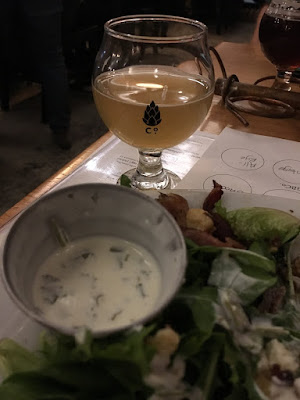 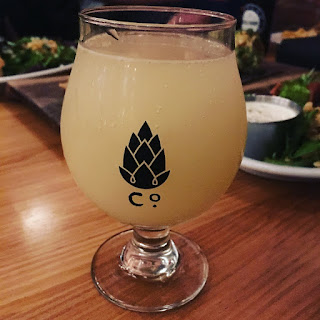 If you happen to be in that area, this craft brewery is well worth the stop!