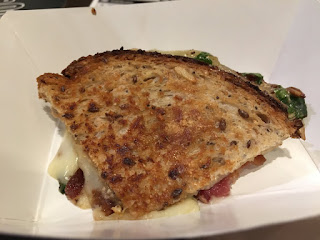 A couple of drinks were included in your ticket - a beer from China, Tsingtao, and a delicious crisp hard cider that I was tasting for the first time and am now obsessed with from Sweden, Rekorderlig Cider. 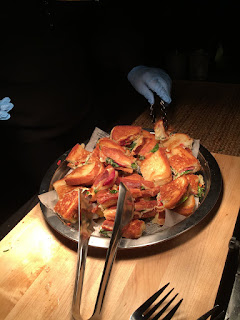 The event had three separate sessions, each 2 hours at 11:30, 2 and 4:30. It was a fabulous way to spend a dreary winer afternoon. The event was held at Thaila Hall, an 1892 opera house in Pilsen that has some beautiful features in its lighting and decorative woodwork.

It was really hard picking a favorite. Each attendee got to place a vote for the best grilled cheese. I left full but by the time I got home was wishing I had another plate of gooey grilled cheese in front of me. It was the stuff that foodie dreams are made of. Find the list of winners here.

The event was incredibly organized and well executed and if you're looking for more fun food events to attend in the future, I'd give a thumbs up to anything hosted by Time Out Chicago. Some of their other events have been Battle of the Burger, Chicago's Donut Party and the Mac and Cheese Smackdown. 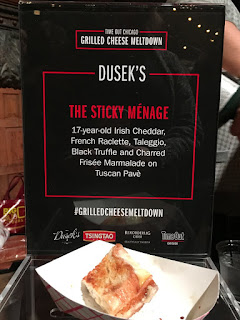 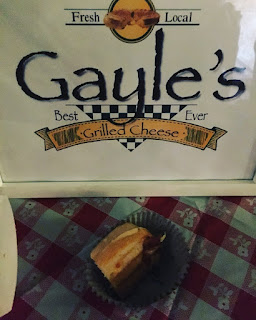 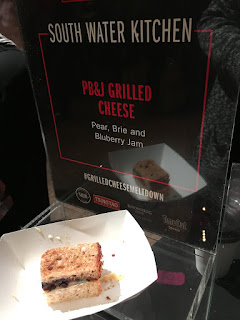 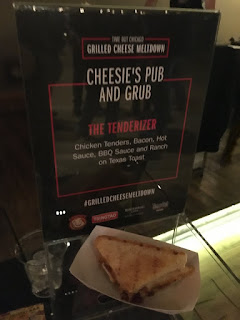 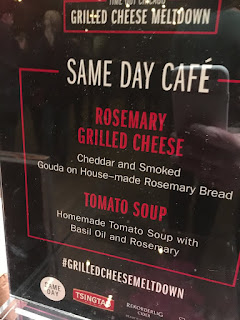 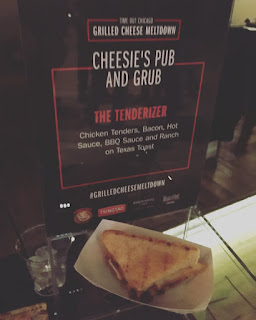 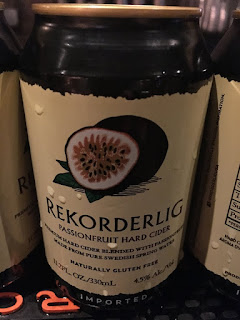