I’ve just returned from a fun whirlwind three-day FAM tour in McHenry County, Illinois where we visited a number of far northwest suburban communities and ate our way through each one. 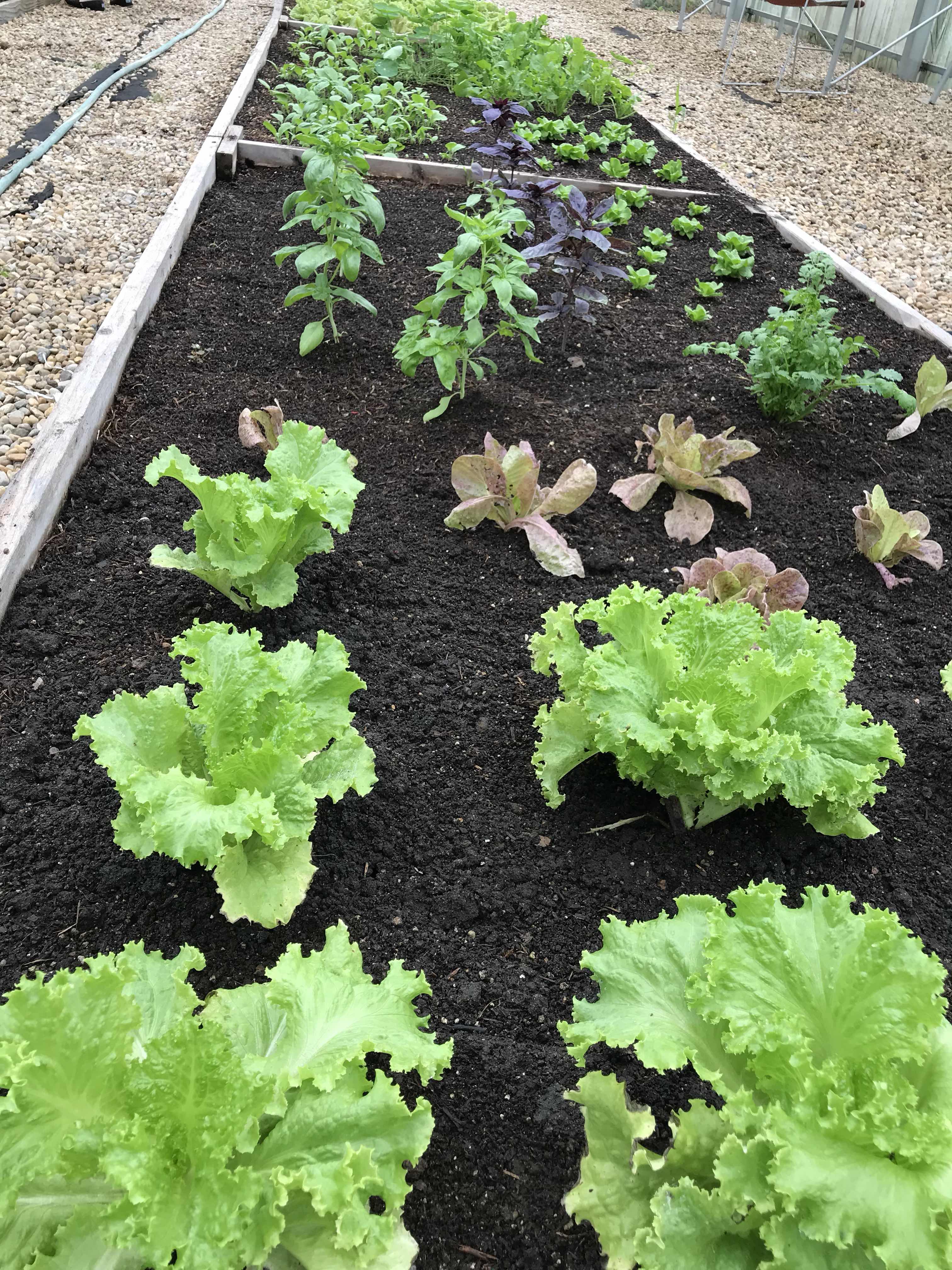 Among them was Woodstock, where we stayed at an adorable bed and breakfast, The Cherry Tree Inn. (It’s the bed and breakfast that was featured in the movie “Groundhog Day” starring Bill Murray.) Our last stop of our visit before hitting the road was also in Woodstock. It was at Loyola University Chicago Retreat & Ecology Campus where we got a tour of the gardens and participated in a hands-on pasta making class, followed by lunch.

We made our way out to check out the garden and greenhouse on a drizzly day, led by their new Farm Operations Coordinator, Rachel Catlett, who just started in April. “The farm’s main focus is to add to the sustainability and mission of the campus,” she said. The goal is to produce as much on-site as possible using organic practices. That is being accomplished, in part, by actually reducing the space that was being culivated and reducing labor.

Succession planting helps with continuing to have produce ready to harvest, rather than having one huge harvest where there may be a lot of waste. A greenhouse allows for additional plantings to produce a steady supply of greens and other vegetables. By shrinking the gardens, it isn't really decrease the output. “It’s just about using it in a different way,” Catlett told us. 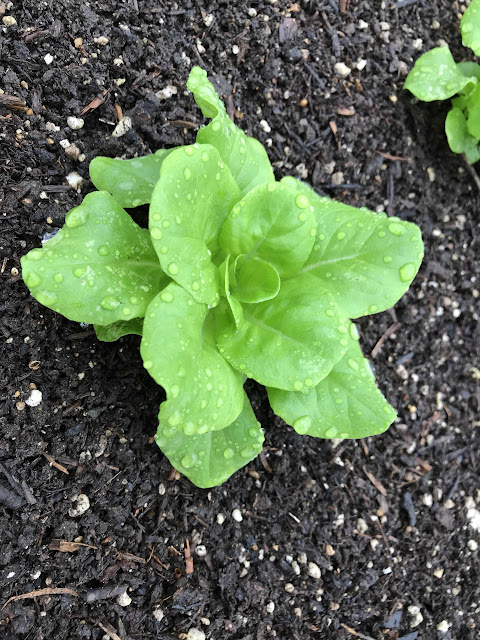 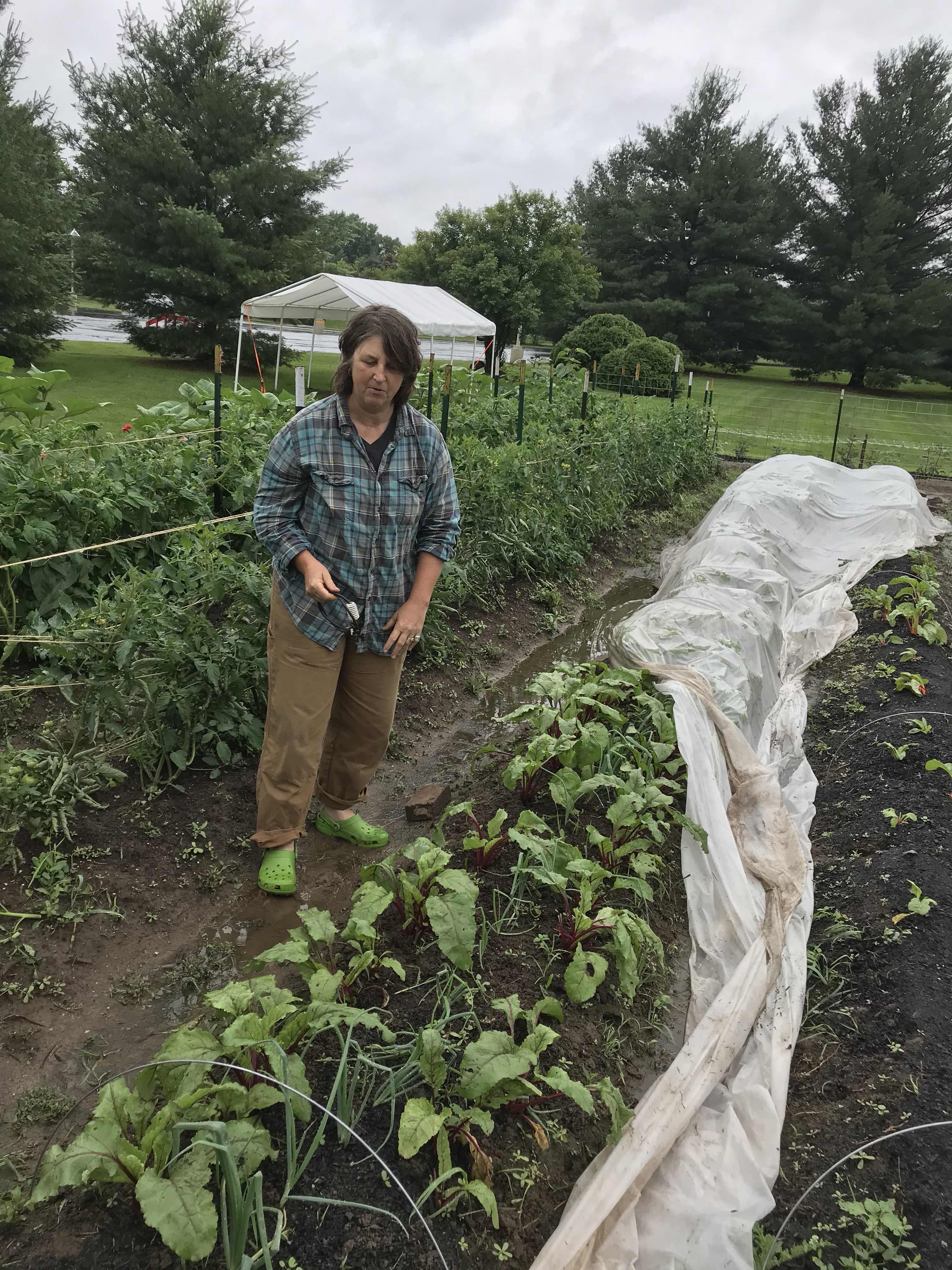 We got a look at the herb garden that sits just outside the kitchen, the greenhouse and main gardens that are also surrounded by orchards. Catlett told us that they are heirloom specific orchards that she plans to utilize for cider making.

The campus dining room is equipped with several bins for composting and recycling, causing students and guests to really think about their consumption and waste produced during dining.

After the garden tour, we went back to the kitchen where we were able to participate in a hands-on pasta making class. Last week I happened to be in Chicago at the World of Whirlpool media preview before the grand opening and watched a demo of pasta being made with an attachment on a Kitchen Aid mixer. It looked easy, but intimidating at the same time. I had fun watching the pasta being cut, but I didn’t leave feeling confident that I could make my own pasta. 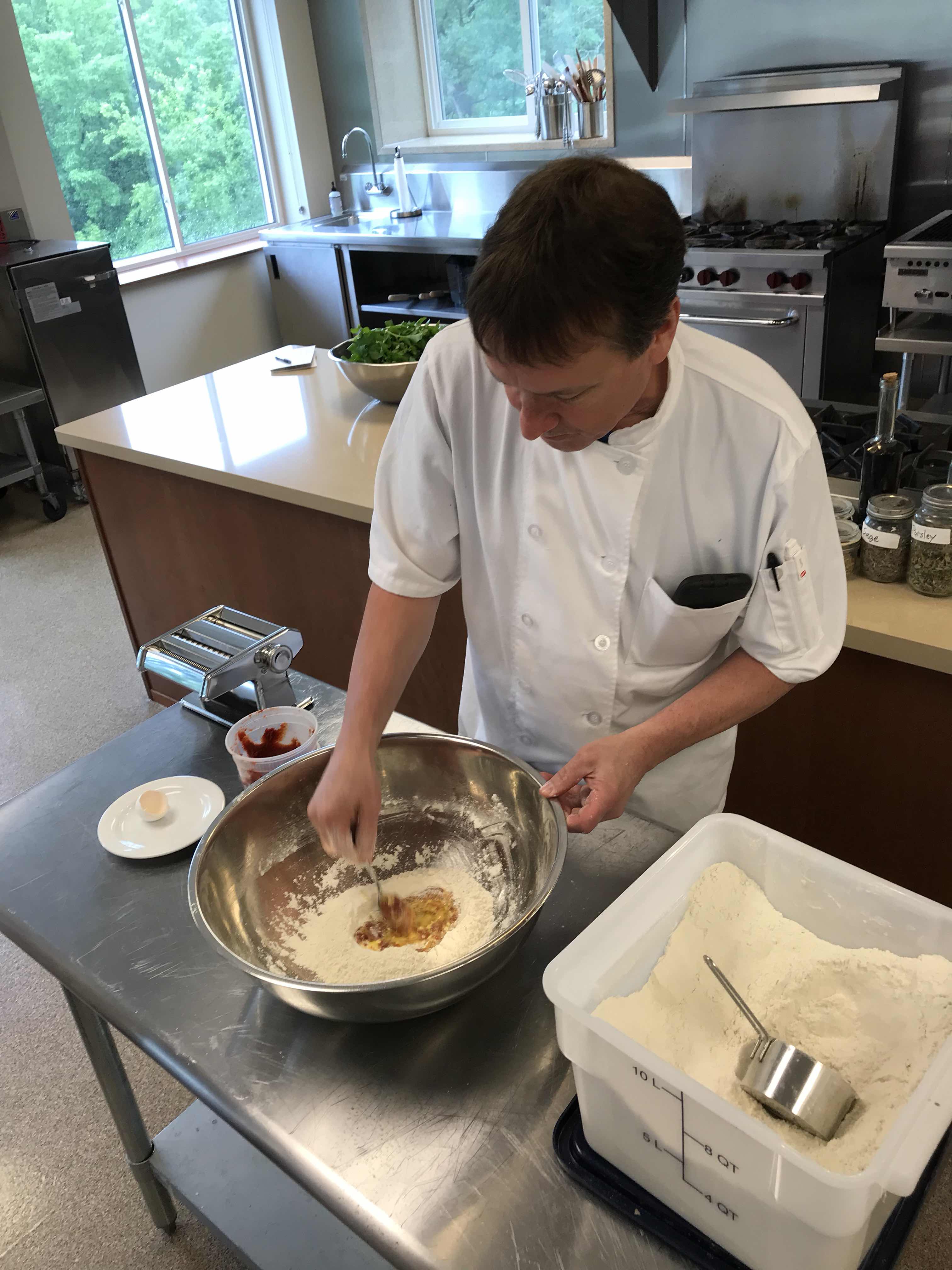 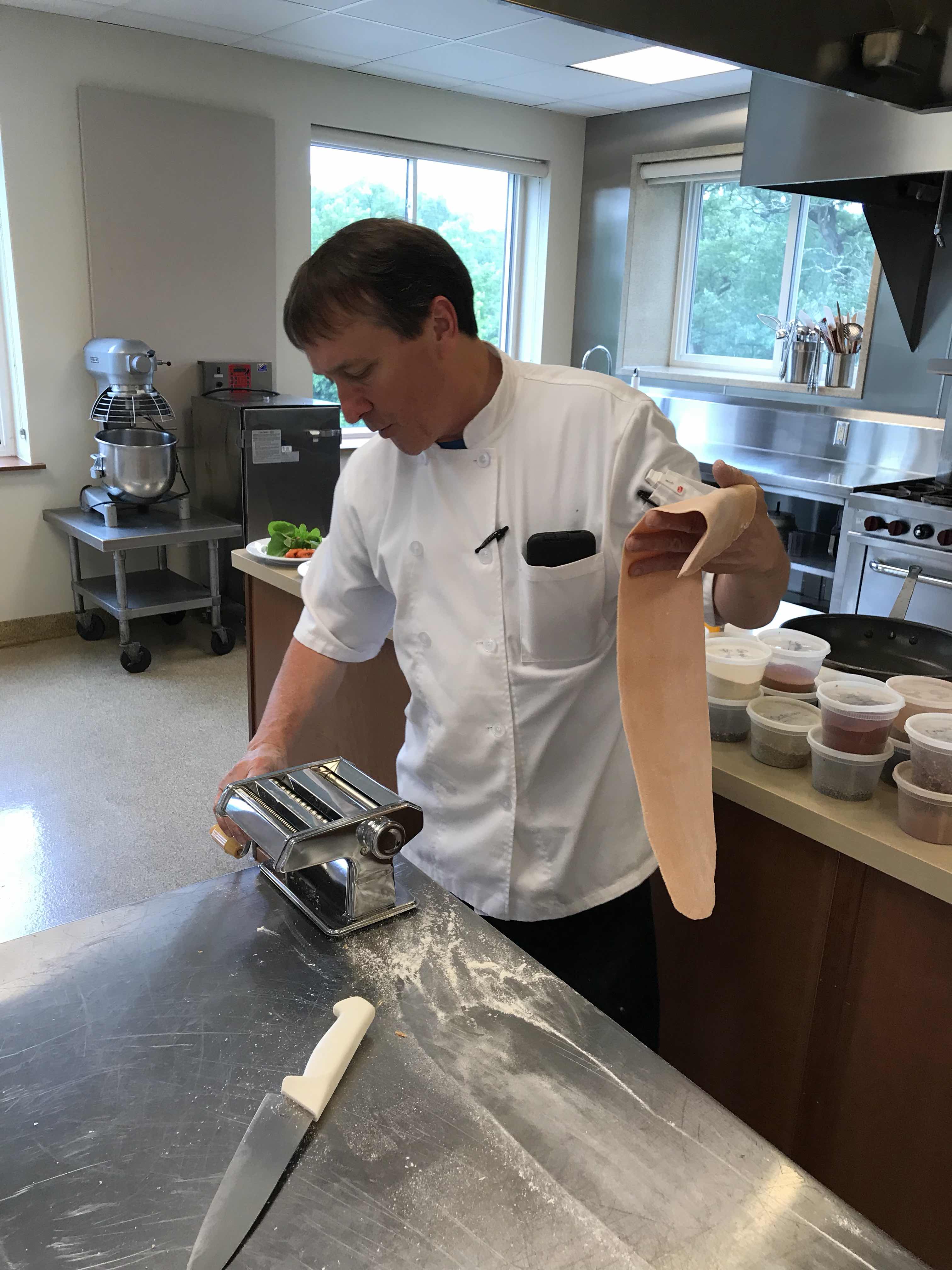 For the pasta making class, Chef John Scnupp demonstrated making the dough - with just four ingredients (flour, egg, water and salt.) He then added one extra ingredient at the end - tomato paste - to make it into a tomato pasta dough. We then worked with dough and put it through the pasta roller, cranking it manually to thin it out and then cut it into fettuccine noodles. I had a little trouble on the first try - mainly because I was forgetting to flour the dough. But I got the hang of it quickly and was surprised at the perfect-looking noodles that were rolling out of the cutter. 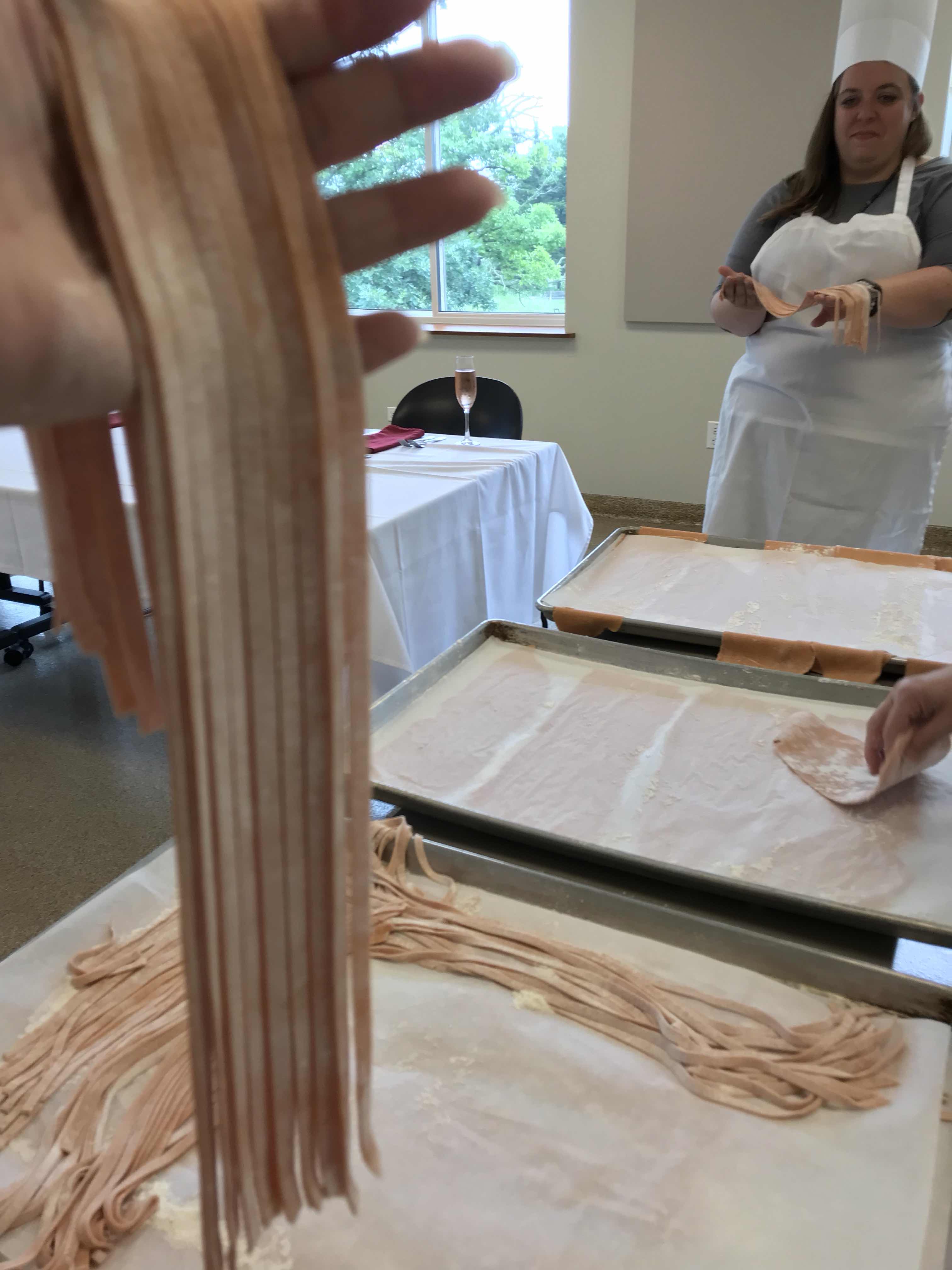 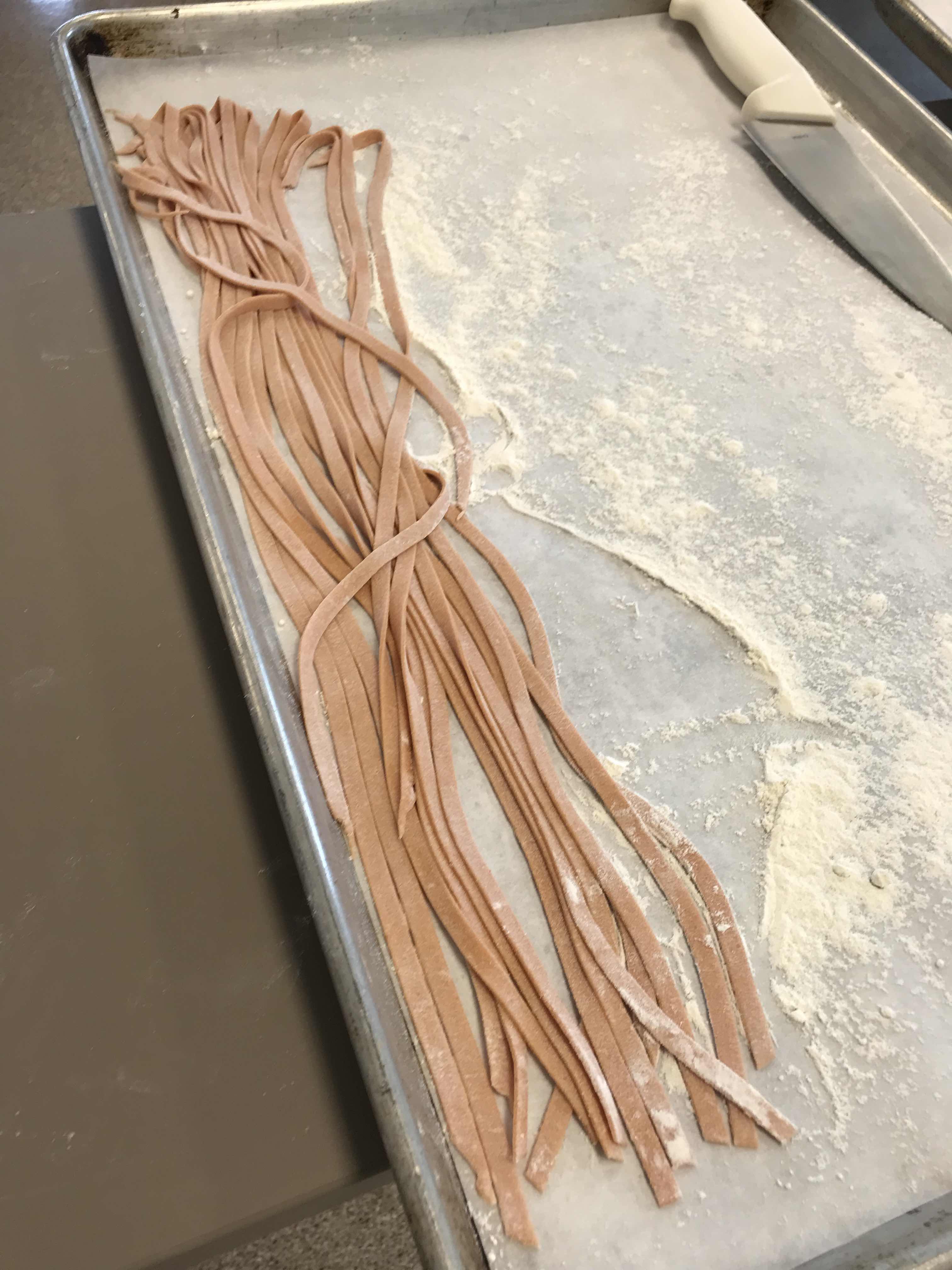 Chef boiled them and served them over pesto with broccoli and salmon - it was an amazing entree that was preceded by a lovely light salad of freshly-picked greens, tomatoes, fresh mozzarella and pickeled onions drizzled with a balsamic reduction. We enjoyed it with some nice red wine and finished our meal with a warm berry cobbler. 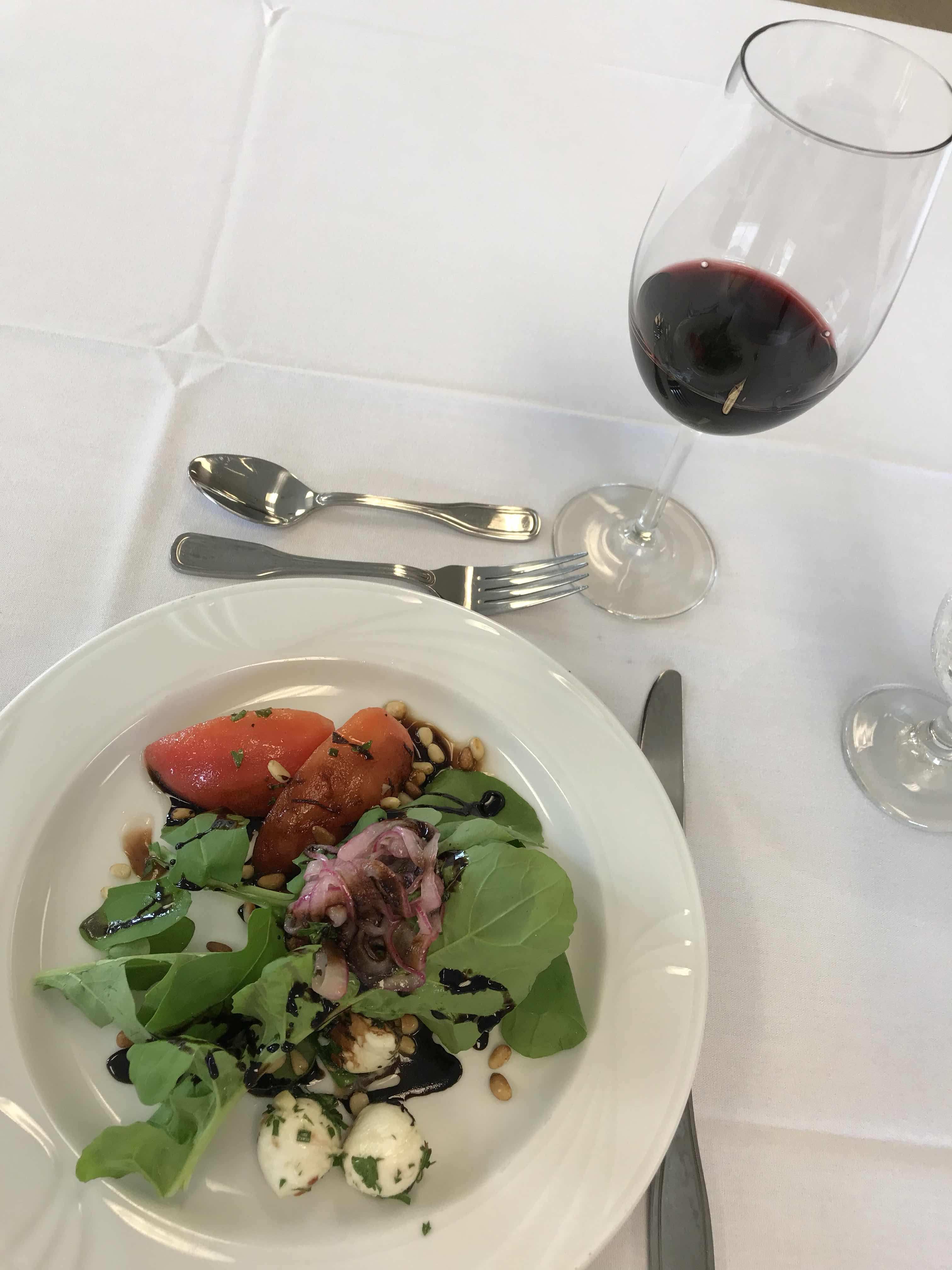 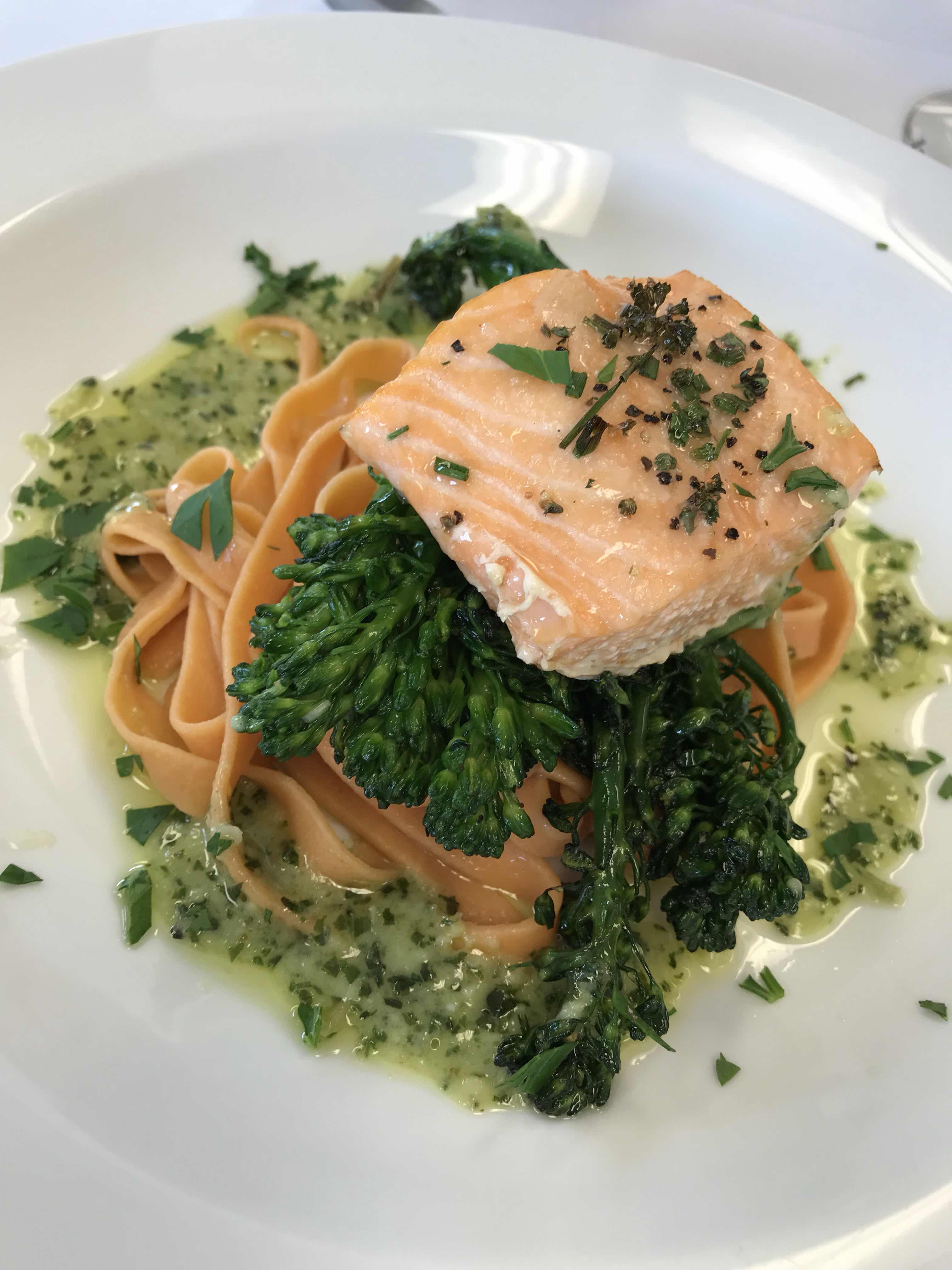 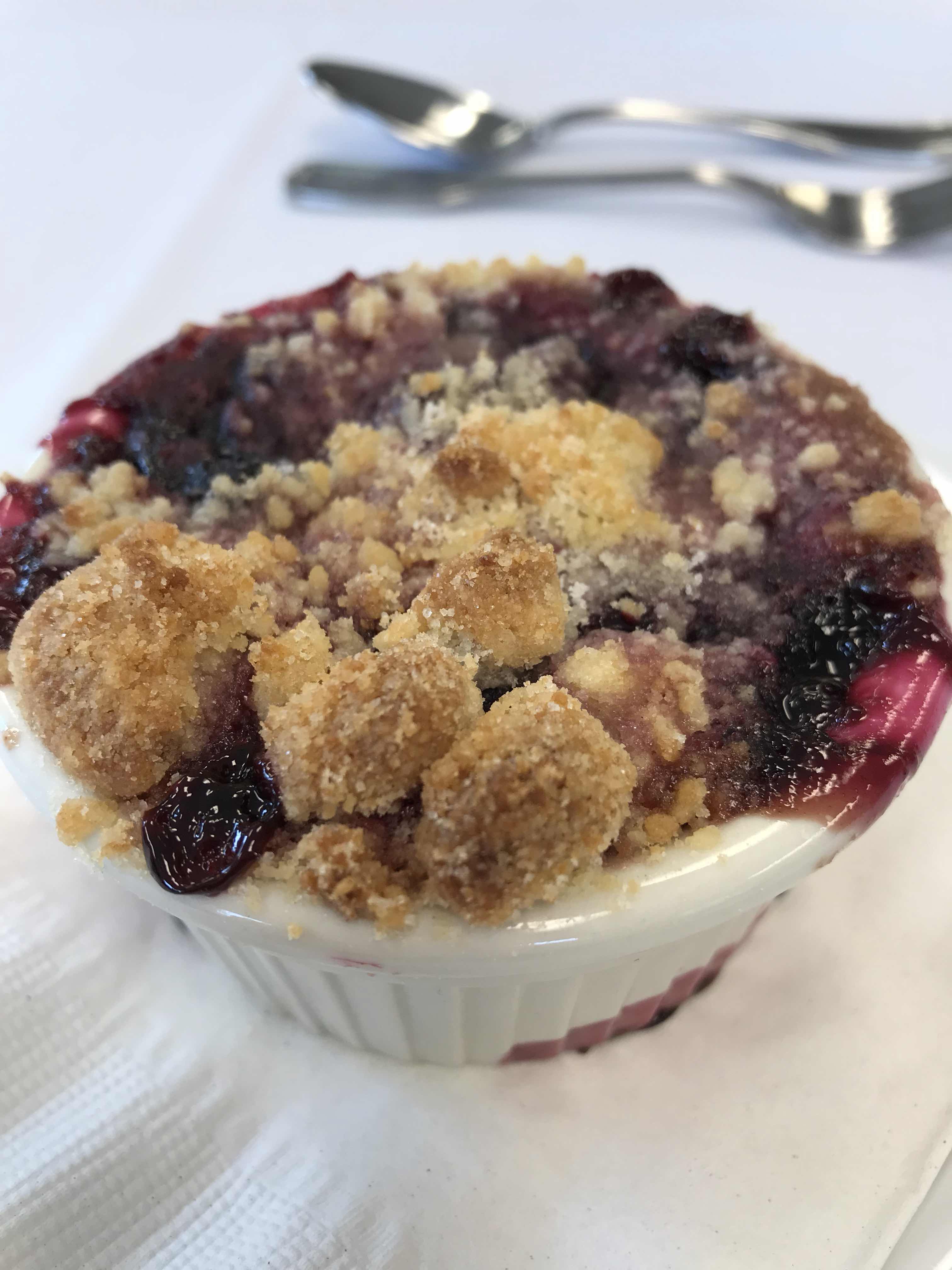 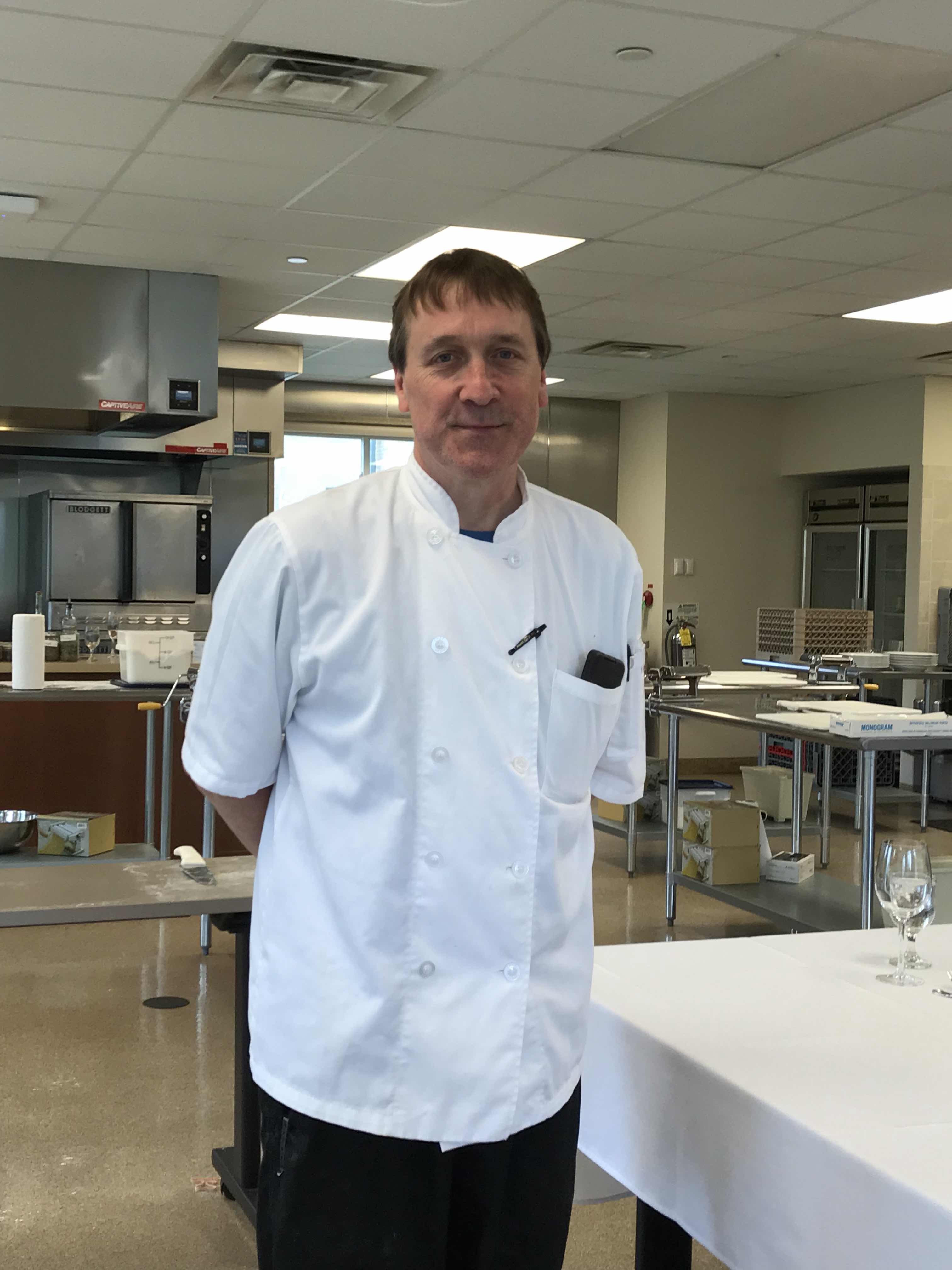 A schedule of cooking classes can be found at https://luc.edu/retreatcampus/. The next class is a hands-on Summer BBQ class on July 14. A Vegan/Vegetarian Cookery 101 class is scheduled for August 11.

Food & Wine Pairing Farm-toTable dinners are also held throughout the summer, limited to 30 diners. The July 21 dinner starts with a wine reception in the garden with hand-passed appetizers and a five-course dinner.

A Weekly Farm Stand is open on Fridays from 3 - 6 p.m. where produce can be purchased that is grown on campus and harvested the day of the stand. The varieties change weekly, but may include lettuce, tomatoes, greens, fresh beets, okra or more.

The grounds are beautiful with 98 acres of prairies, woodlands, wetlands and ponds and the site hosts corporate, ministry and youth groups for retreats. There’s a challenge course that features low and high roped elements, a rock-climbing tower, zip line, jump poles and more. It's the largest challenge course in Illinois. For more info on the campus, dinners and farm, go to https://www.luc.edu/retreatcampus/. 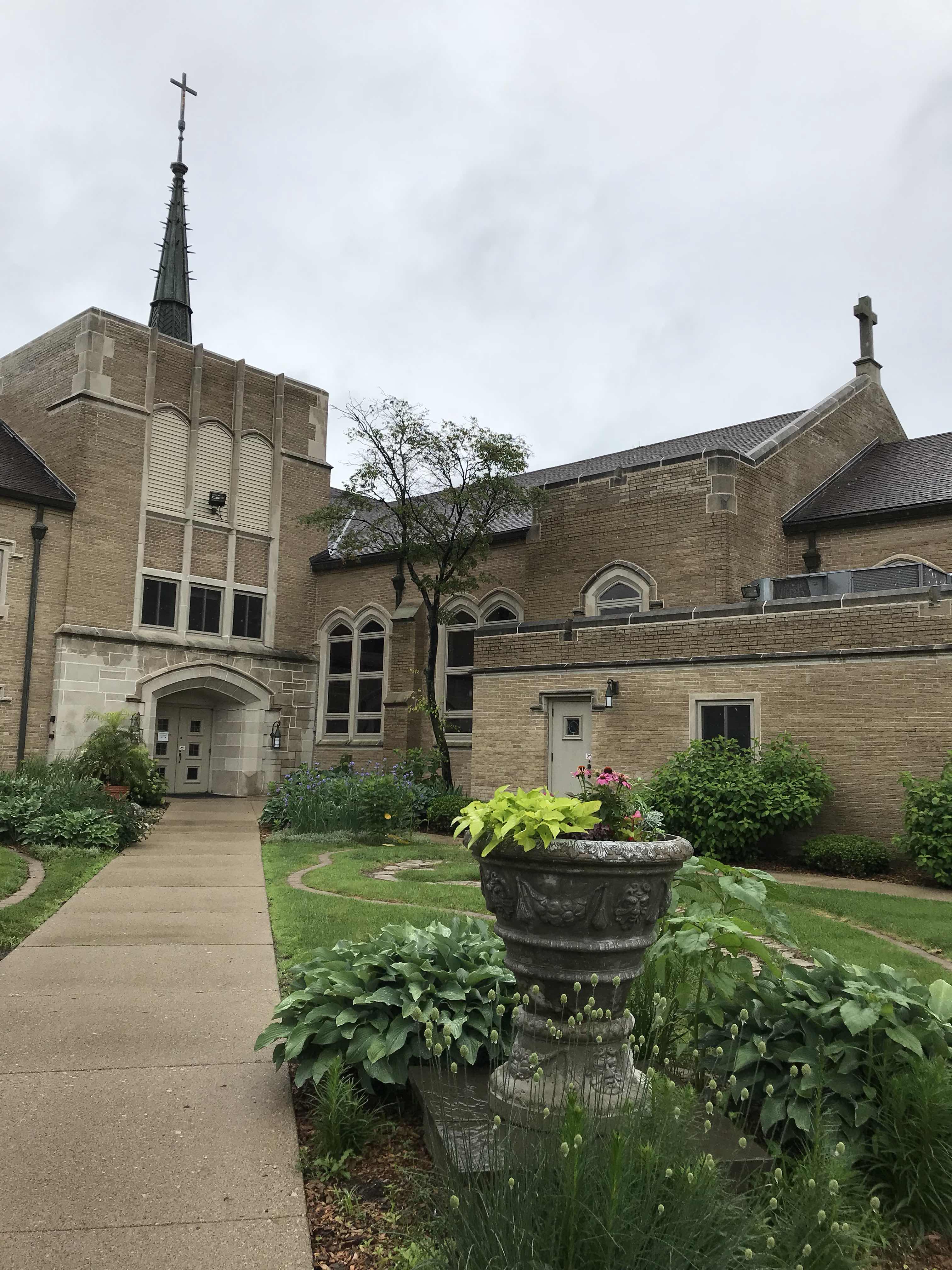 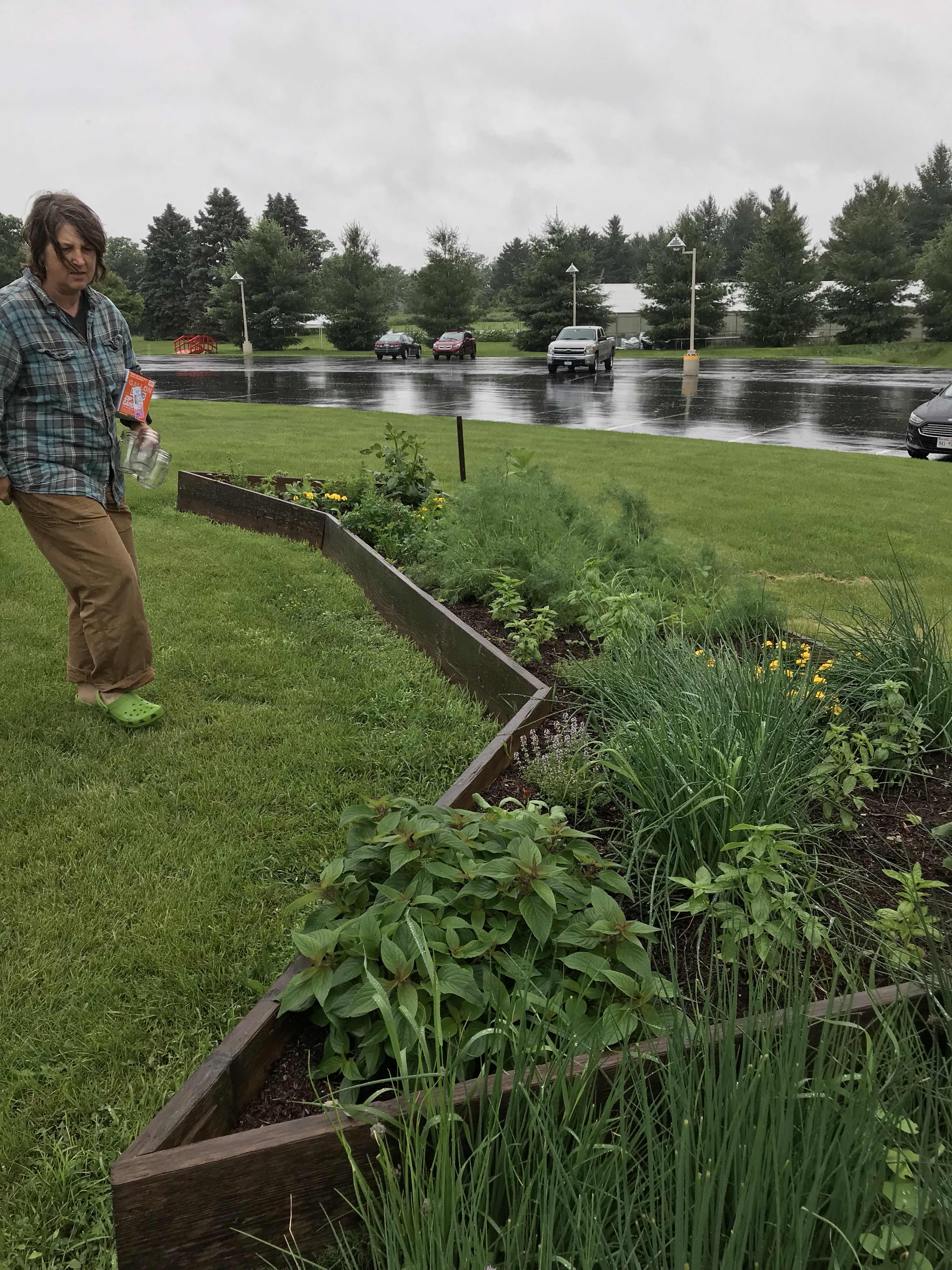