Pretty much everyone has a couple shelves on their fridge door of condiments. Jars of mayonsiade or or bottles of ketchup or  - in this neck of the woods, anyway - giardiniera.

For some items, people may not hone in on one brand. With other items, it has to be a specific brand.

Here are some of the items you'll often find on my fridge door:

Drier's Mustard
You'll almost always find this in my fridge. I try not to ever run out because
#1 - It's from a little butcher shop in Michigan and I have to drive about an hour to get it.
and #2 Because they close up shop from New Year's Day through the week before Easter, so if I run out during that time I know it will be a while before I can get more.
It is the best spicy, stoneground mustard I've had. It's not to spicy, but it adds great flavor to your sandwiches. I also have to have it when I make deviled eggs. 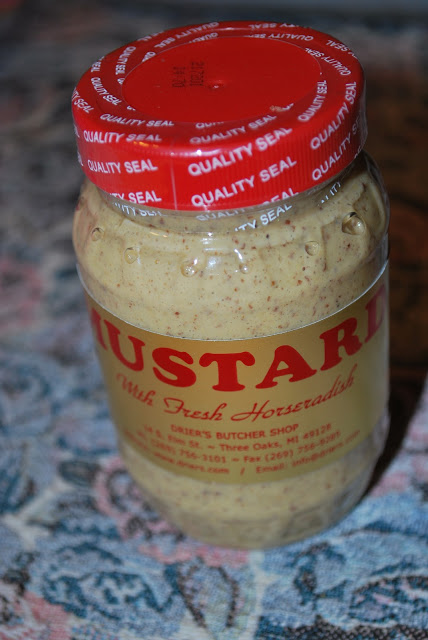 I highly recommend paying a visit to this shop that dates back to the 1870's in downtown Three Oaks, Michigan. They also have awesome ham and their jerky dip is the best. 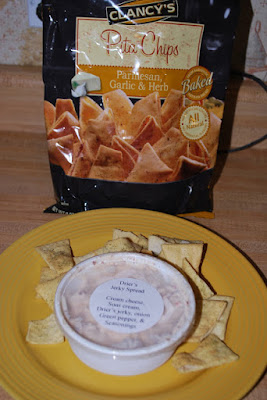 I love Plochman's mustard. It tastes great, but that's not all I love about it. It's also a local product, made in Manteno, IL. And it hold's great nostalgic value for me. When we were kids and we would have hot dogs, Dad had a special way of making them. In the summer we would sometimes have them on the grill, but when it was colder, he would char them on the stove. He'd take a knife, score it diagonally about four or five times on each side, then slide the hot dog over the knife, holding the handle to position it over the flame on the burner. He'd hold it there until it started to blacken. Then it went on a bun and dad would write our names on the hot dog with Plochman's Mustard. To this day, I still buy Plochman's with the red tip because it is better for writing letters on a hot dog. Dad lives about 3 hours away now, but when I make a hot dog, I'll either write my name on it or write "Hi, Dad" on it and text him a picture.
Hellman's Mayonnaise 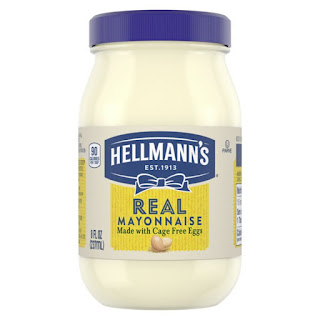 Hellman's has been my mayo of choice since I was introduced to it as a teen by my mother-in-law. Growing up, my parents always used Miracle Whip. I thought that was the only option. But when I started dating my husband, I loved my mother-in-law's potato salad and she always used Hellman's. I learned how much better sandwiches taste, too, with Hellman's mayo on them. I've tried a few others - most recently Sir Kensington and Duke's, but am still a fan of Hellman's and prefer it. I do sometime use a squeeze bottle of Kraft Reduced-Fat Mayo with Olive Oil, when I want to feel a little healthier. 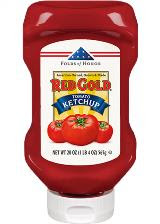 I had been pretty loyal to Heinz Ketchup for decades. That's what we usually had growing up at home. And then maybe 5 or so years ago, my dad said, "Have you tried Rold Gold ketchup? It's really good." Some local restaurant had it on the tables and he decided he liked it better than Heinz and started buying it. The next time we went to that restaurant, I tried it and agreed with Dad that it was pretty good. Now you'll usually find either Rold Gold or Heinz in my fridge. 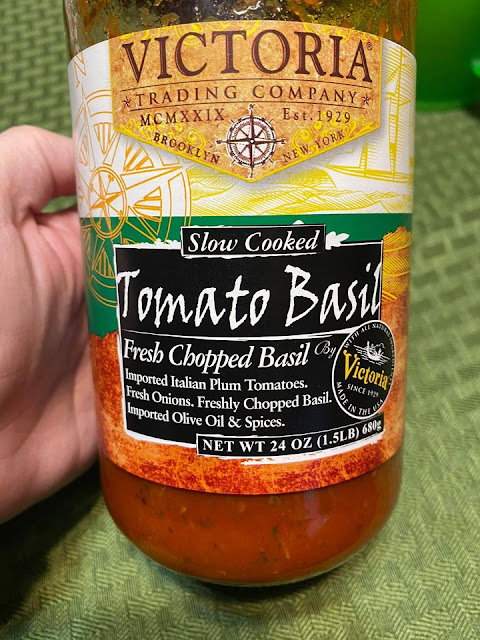 This is a nice clean sauce with few ingredients that can all be easily pronounced, which I love. I also love that it is thick and chunky. It makes an awesome marinara to pair with some mozzarella sticks or stuffed mushrooms or on top of an Italian beef sandwich.
Marconi's Mild Giardniera
I think it's pretty mandatory for any home in the Chicago area to stock giardeniera in their fridge. I usually go on the mild side and Marconi's is a go-to. It's pickled perfection. 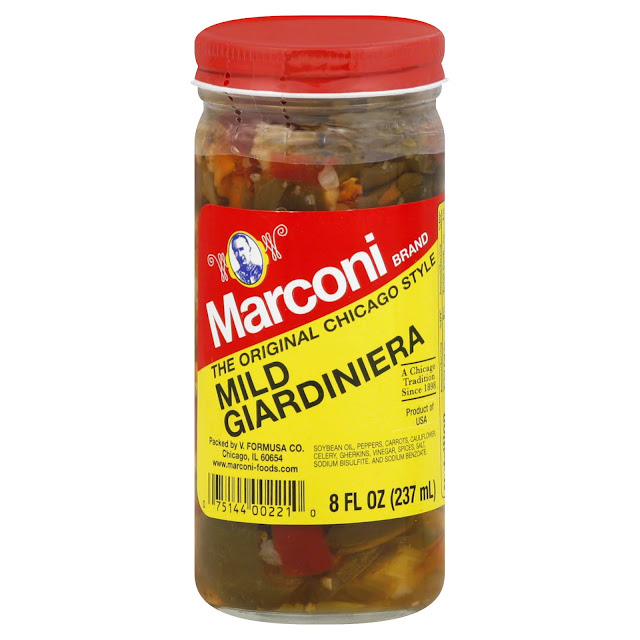 When I want to be brave and have a little hot giardiniera, I usually have some of this in the fridge. I tried it at a food festival and it's good stuff - especially on one of their beef sandwiches. And because my husband and sons like hot stuff, I have to keep the hot version on hand.

I love a stacked ham sandwich on wheat or grain bred, with a slice of cheese, a smear of mayo and a few of these pickles. Whenever I've had to pack myself a lunch when going on a field trip with my kids or when I have done substitute teaching, that's usually the kind of sandwich I pack. And no, it can't be the little round pickles. It has to be these sandwich slices. They taste better. ;)

I've had a lot of good barbecue sauce and there's often more than one bottle in my fridge. My kids like it with lots of things - chicken, pork, fries and more. And there are a lot of different brands that I like, but this one is almost always there. Sweet Baby Ray's is the perfect middle ground - it has a great flavor, but without the heat. It's great with anything. Some other favorites are Hoosier Daddy BBQ sauce and the housemate barbecue sauce at a local restaurant called Lynnie Que's.