*I received a complementary meal as part of a scheduled media visit. I was not compensated for this post. All opinions are my own. 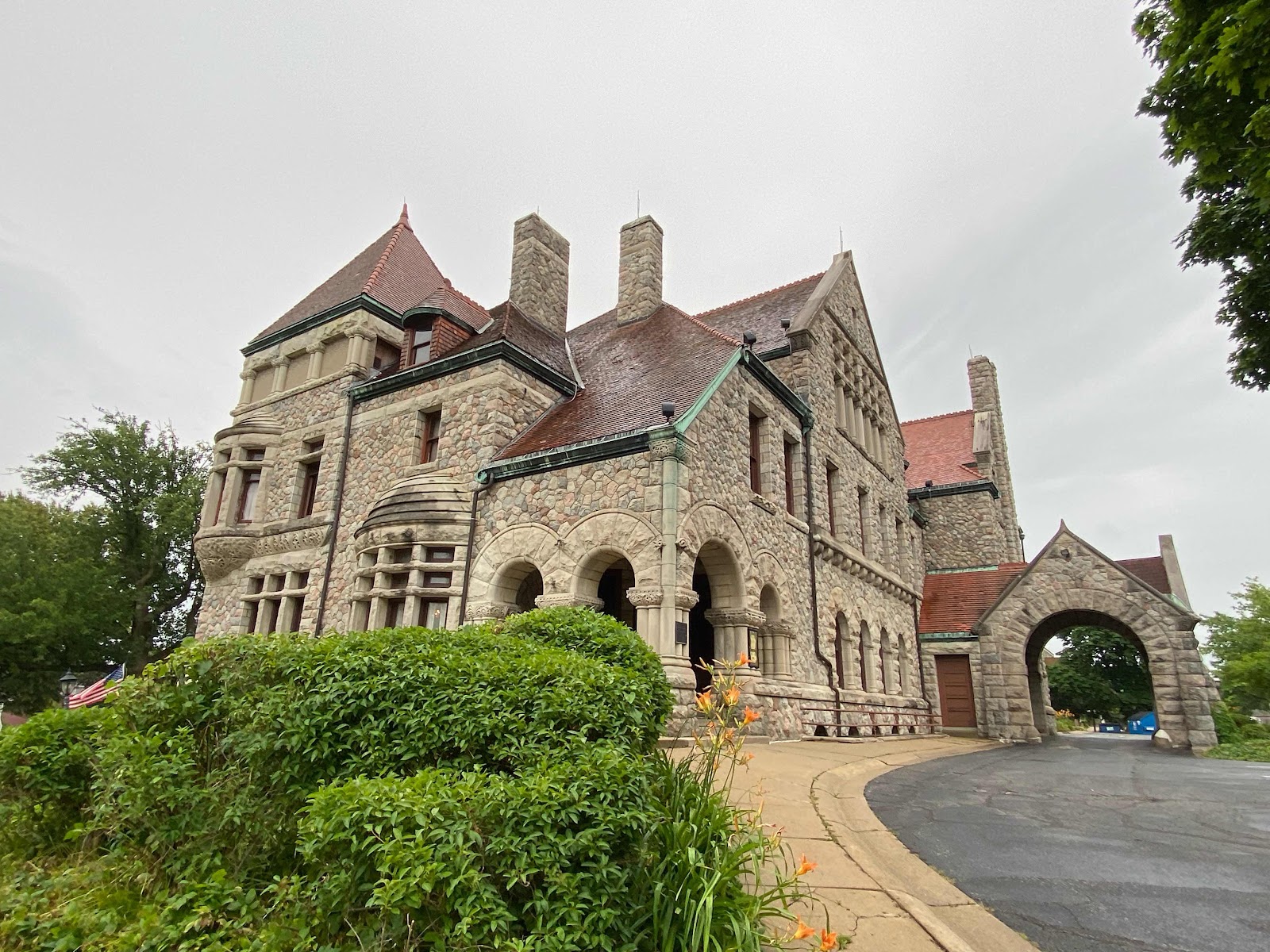 It’s good to be traveling again and on a little getaway to South Bend, there was one eatery that I’ve had my eye on for a long time that I finally made sure to visit. Several times when we’ve been in town, we’ve passed this gorgeous mansion that has been converted into a restaurant/special event space/brewery. A couple years ago we did make a stop at the brewery and got a peek inside, but I’ve still wanted to revisit and dine in the restaurant. 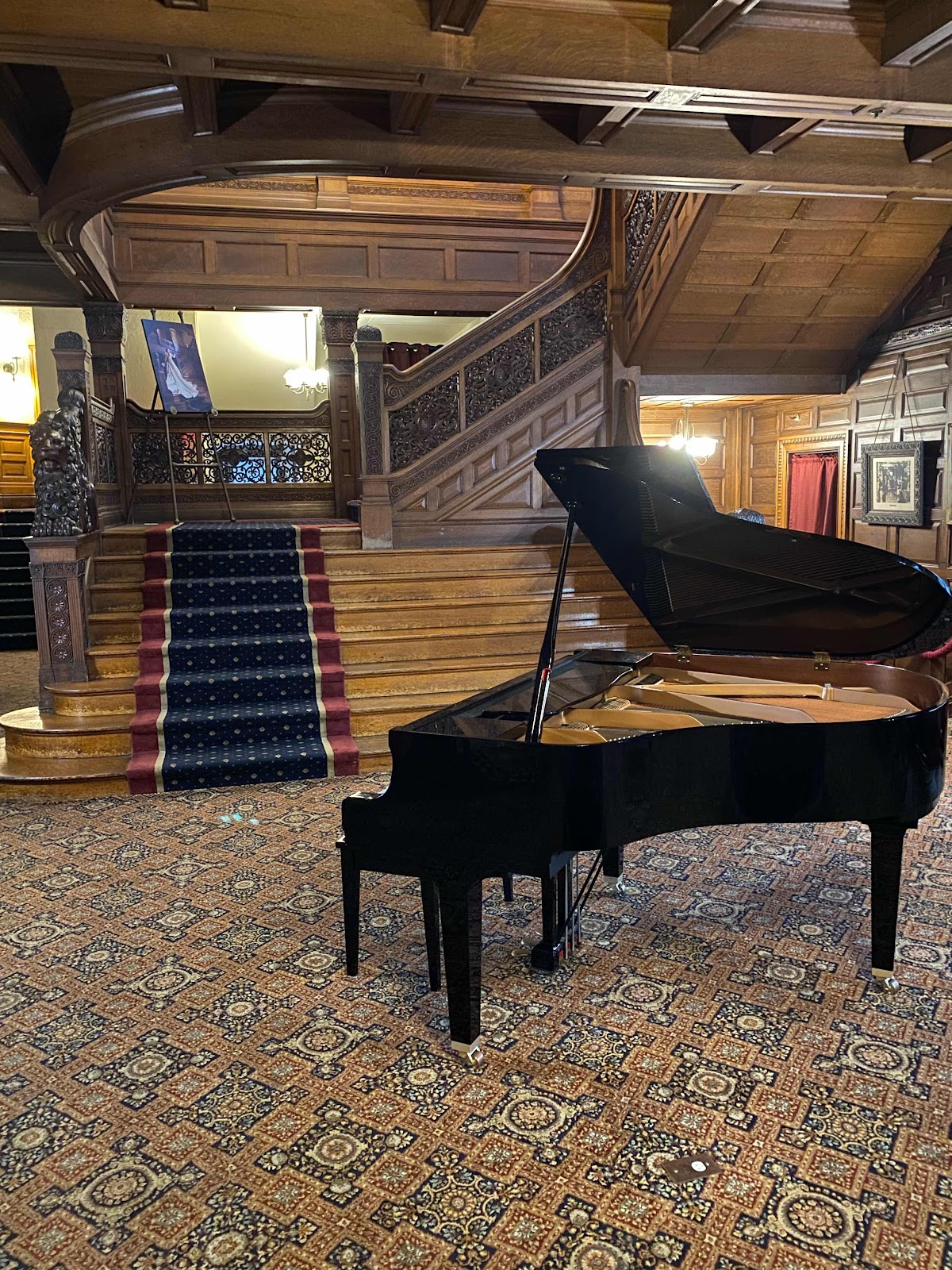 The mansion was built for Clem Studebaker, who was president of the Studebaker Corp, based in South Bend. It was designed by Chicago architect Henry Ives Cobb who also designed the Potter Palmer Masion on Lake Shore Drive in Chicago. It was completed in 1889 and has about 40 rooms and nearly 24,000 square feet of living space and had an original cost of $250,000. 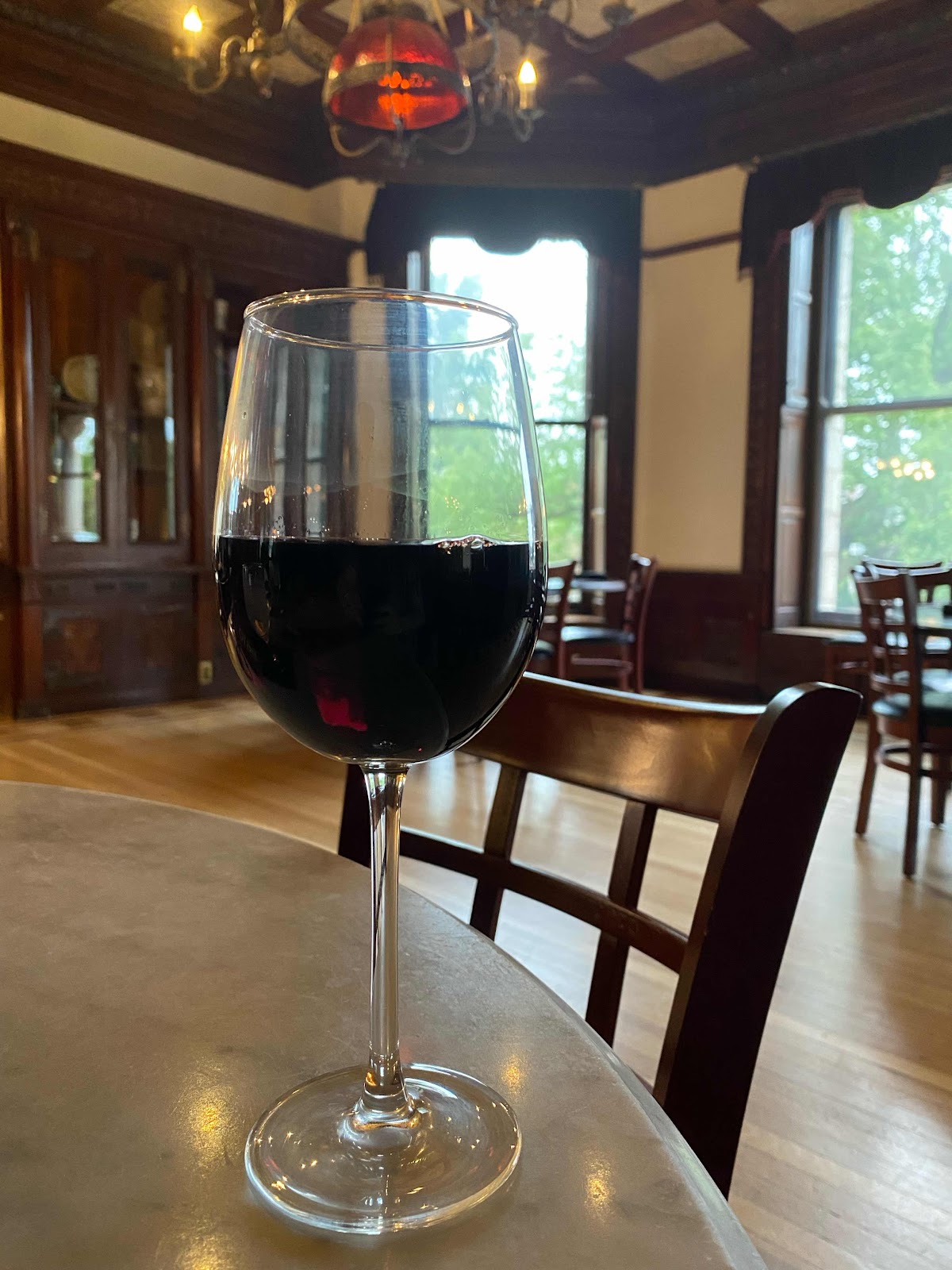 As we entered there was a booklet at the reception desk giving detail on each of the rooms of the four-floor structure to allow guests to do a self-guided tour. You enter into the grand hall with a massive hand-carved grand staircase. Several rooms alongside the grand hall serve as dining rooms. We ate in the former library. 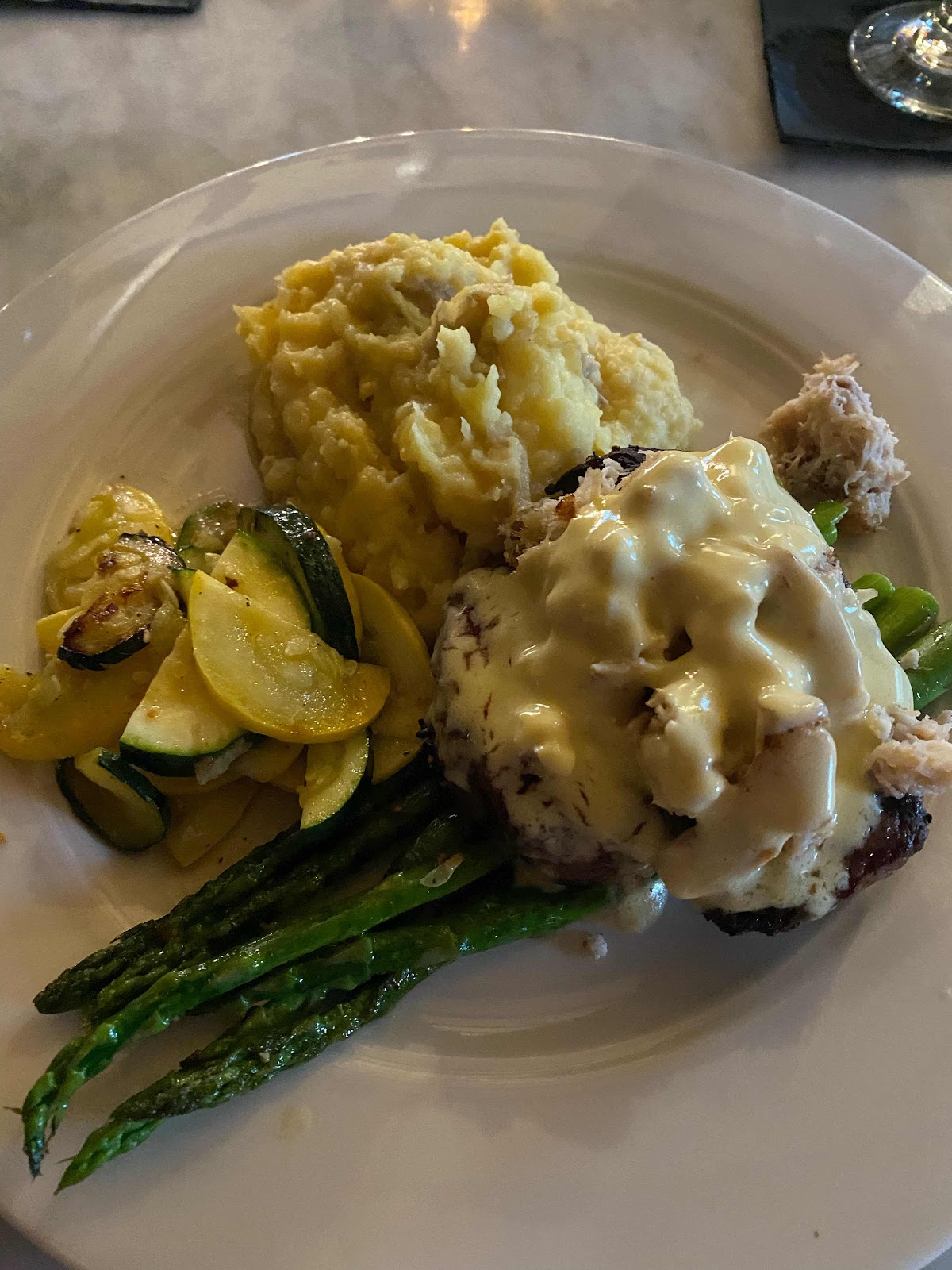 The menu isn’t lengthy, but has everything you’d expect of a fine dining establishement: a handful of popular steakhouse appetizers, including crab cakes, shrimp cocktail and artichoke dip; French onion soup and a soup of the day (it was chicken pot pie soup when we were there); a wedge, Caesar and spinach salad; and a nice selection of two each of Angus beef, seafood, poultry and pasta entrees along with rack of lamb and roasted duckling and a daily chef’s special. To finish there are some amazing desserts - creme brûlée, flourless chocolate torte, NY cheesecake and Tippecanoe hazelnut mousse. 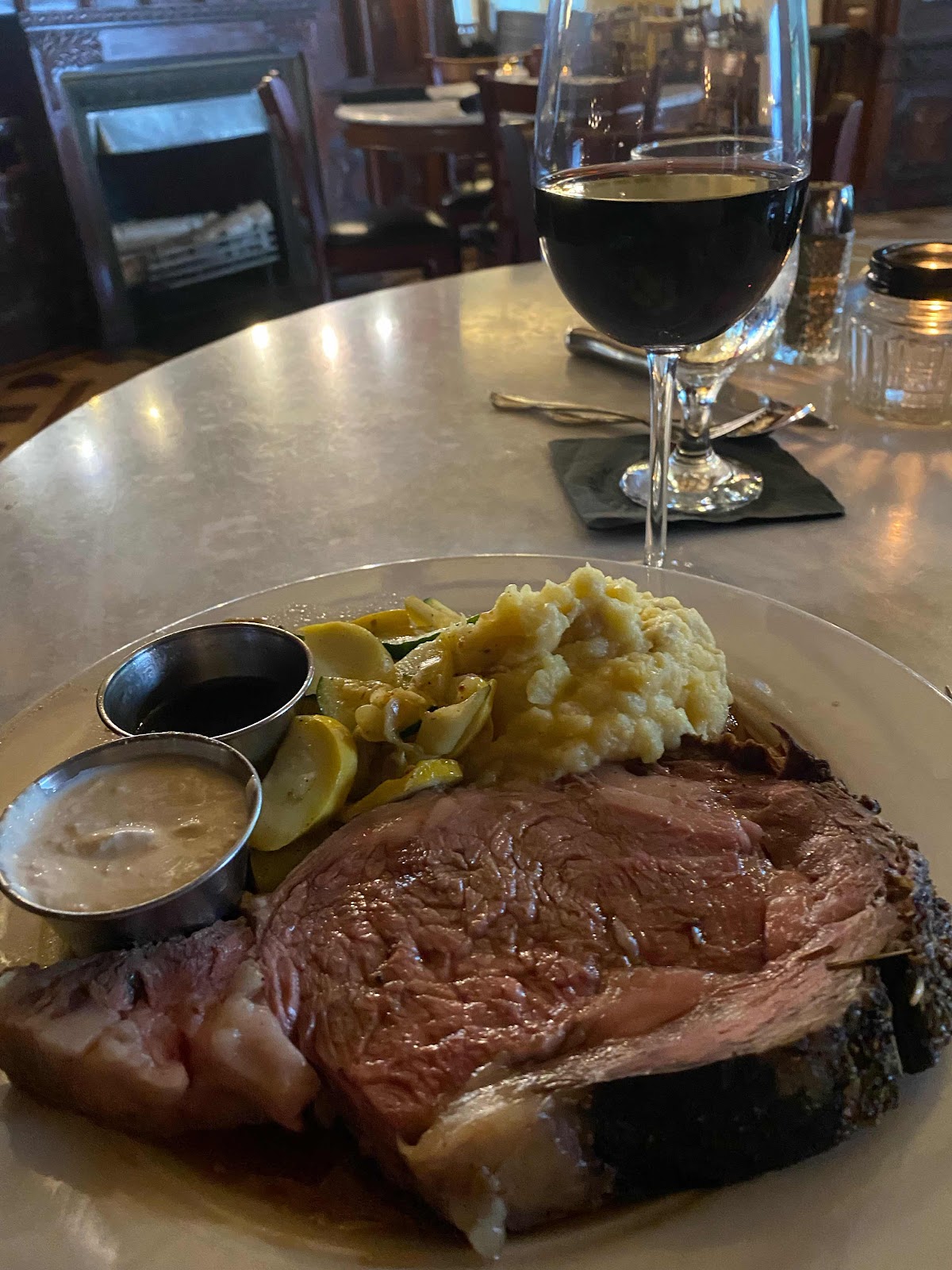 We started with shrimp cocktail and I ordered a medium Filet Oscar, which was perfectly cooked and delicious, paired with a Pinot Noir. It was served with buttery mashed potatoes and sautéed zucchini and squash. I also tried out my husband’s prime rib, which the menu stated has been their house specialty for over 40 years, served with a creamy horseradish sauce. It was a lovely, memorable evening in a beautiful, historic spot. Definitely worth the drive for a special occasion for both the food and the glimpse of 19th century luxury. 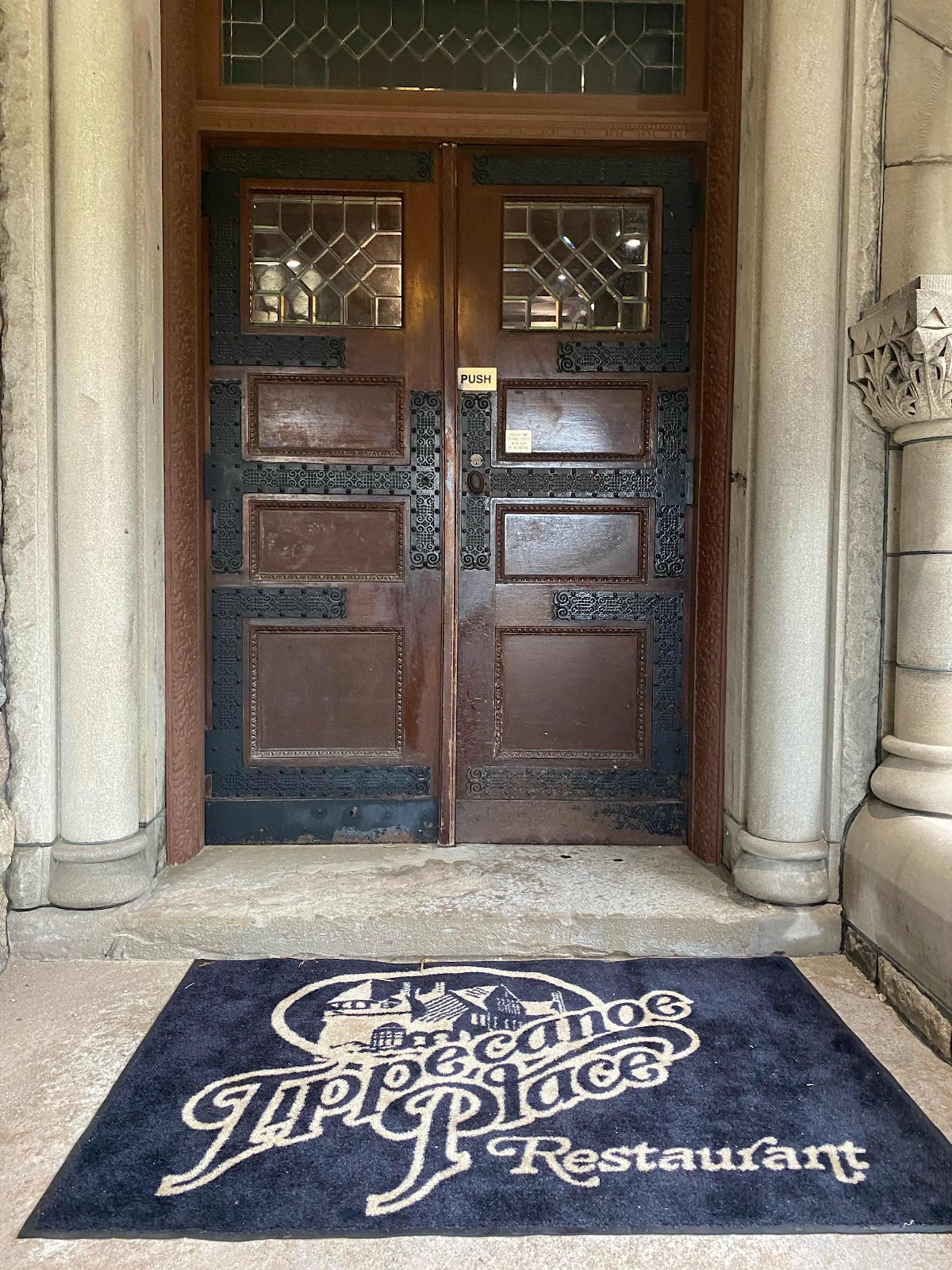