Getting ready for tricks and treats

Halloween is a big deal around here. I have five boys and the oldest has always been enthusiastic about his decorating. I used to fix up the front porch with corn stalks, hay bales, mums, pumpkins and a few decorations in the window or a mat that would scream when stepped upon. My son, Brad, took it to a whole new level. Since he was about 11 or 12, he took over the decorating. He turns the yard into a graveyard and makes up scary creatures. Last year he found some video online on making props and learned how to use some kind of foam on his dummies to make it look like oozing bloody guts. Sorry...bad description to put up on a food blog.

This post isn't really food related, with the exception of the picture of the candy bowl from Halloween last year, but just thought I'd share some of our photos since it's getting close to Halloween. My oldest son has also made up a haunted house the past couple years, using a carport sized tent with sides so that it's enclosed. Once inside, trick or treaters would be spooked by creatures crawling and popping out when not expected. He even made his own coffin.

He also had fun dressing up with the high school's drama department for a haunted house at the local park district. This year, he has school on the evening of Halloween, which really bummed him out. So, no haunted house this year, but he's filling up the yard with gravestones and other spooky creatures. Anyway, here's a peek from last year. :) 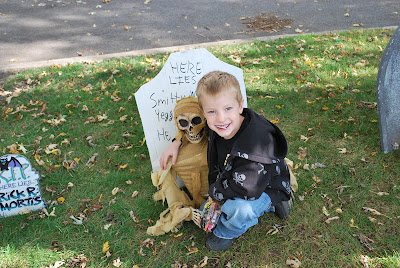 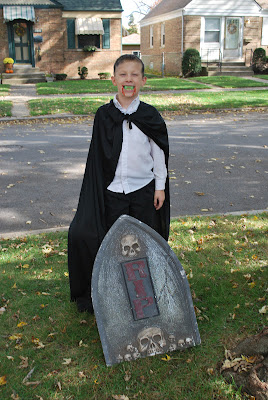 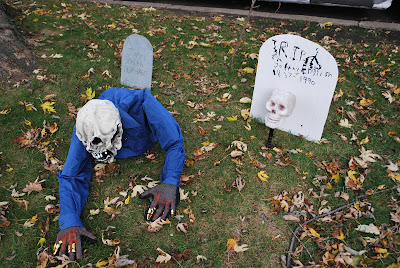 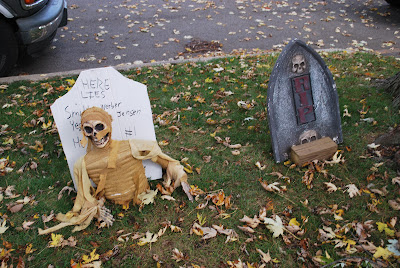 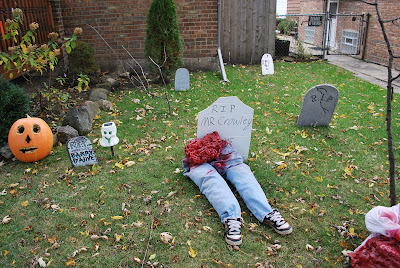 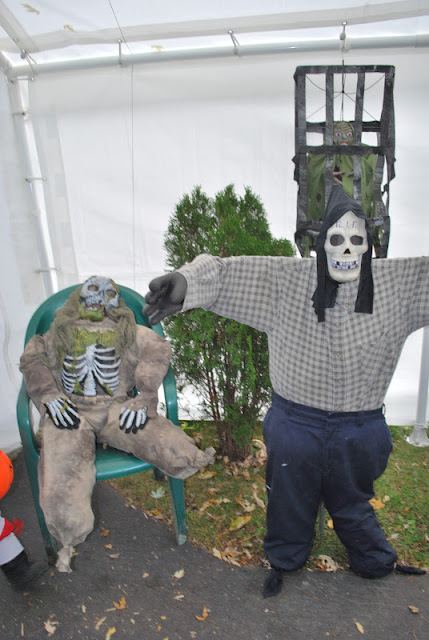 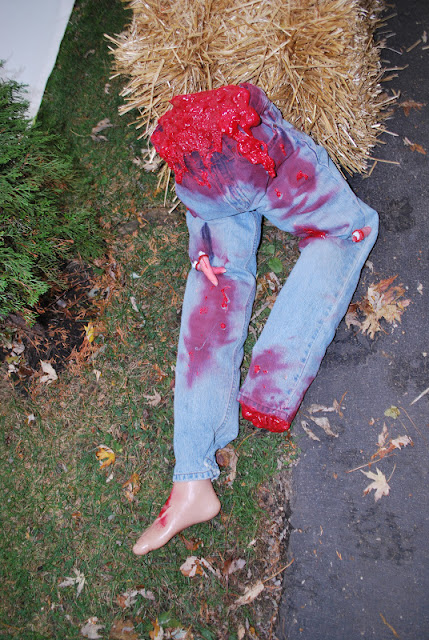 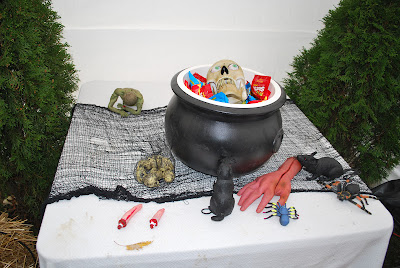 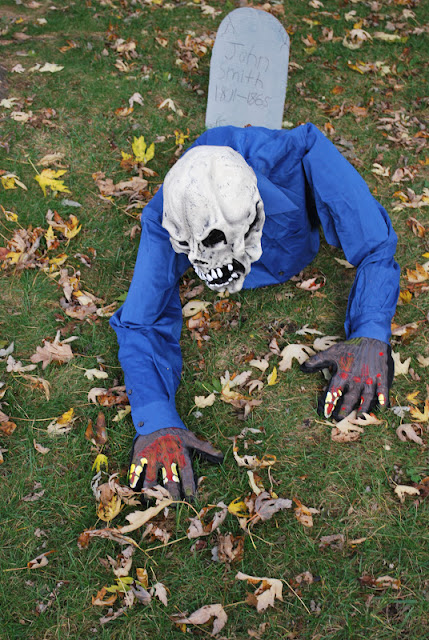 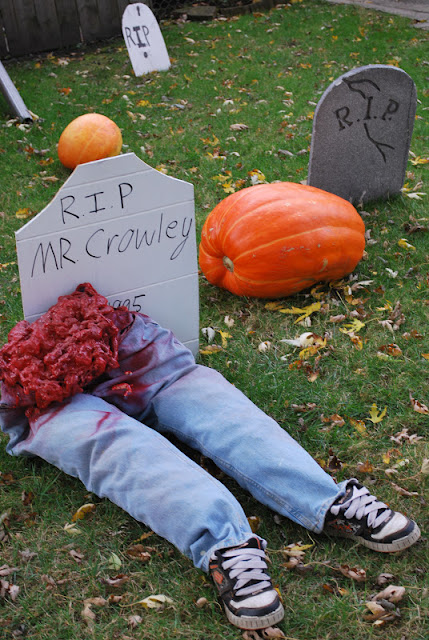 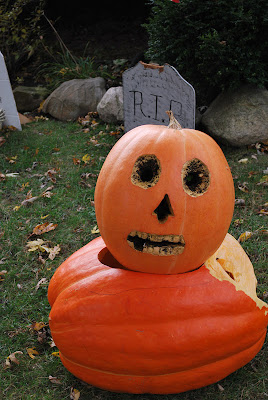 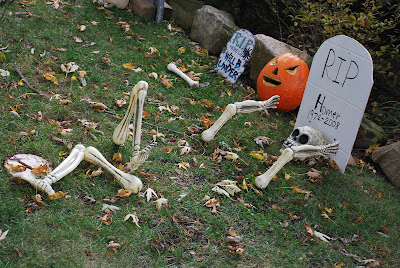 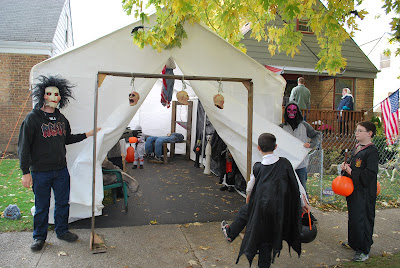