10 reasons to visit Edelwiess for Oktoberfest

A lot of people couldn't tell you the origins of Oktoberfest (I'm kind of foggy on it myself), but what they do know is that it's an excuse to partake in partying that involves good food and lots of beer. Because I married into a German family, I've become a big fan of German food and we enjoy visiting German restaurants and trying different versions of the traditional staples on a German menu.

Yesterday was our first trip to Edelweiss in Norridge. My father-in-law, a native of Germany called the food, "the best he's had in years." I, as well, was pleased with everything we tried, with the friendly staff, with the selection and with the atmosphere. We hope to hit the place again soon, even though it's a bit of a drive through some pretty congested streets. We think you should visit, too, and what better time than during Oktoberfest? Here's 10 reasons why you should visit (with visuals!)

Sorry, but I'm not someone you'll see on a low-carb diet. A meal isn't complete, in my opinion, without some type of bread. When I go to a German place, I love to start things off with some German rye with butter...and that's what I got. There was also a hearty pumpernickel. 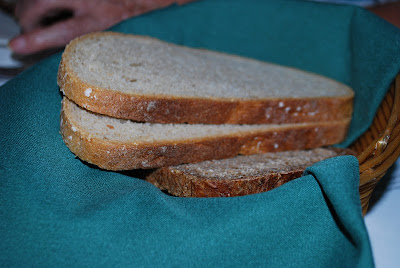 This is one of four appetizers I sampled on our visit - Baked Forest Mushrooms. Give me anything with goat cheese and I'll be putty in your hands. Love the stuff! This was magnificent! There are about a dozen others to choose from, including potato pancakes, shrimp cocktail and smoked salmon. 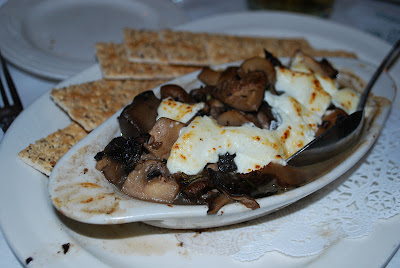 We were there at lunchtime, but we ordered some of the house specialties, which included two sides and a soup or salad. Hubby tried the goulash (and so did I - that's why you bring him along, so I can order something else and still eat his!) Yummo! They also offer liver dumpling and the soup of the day was lentil. 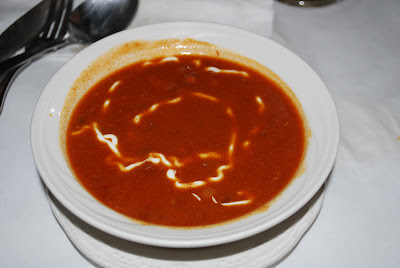 No ketchup and yellow mustard on the tables here. Some potent horseradish and imported Duesseldorf mustard are served along with your sausages. 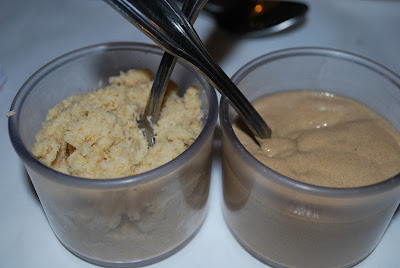 The entree options included all the German dishes I love. This was my mother-in-law's sauerbraten (yes, I made her surrender a bite) and it was delish! Several schnitzel varieties and sausages are also on the lunch menu, as well as rouladen, kassler ripchen, salmon and other specialties. Spaetzle, red cabbage, German fried potatoes and sauerkraut are among the sides you can select. 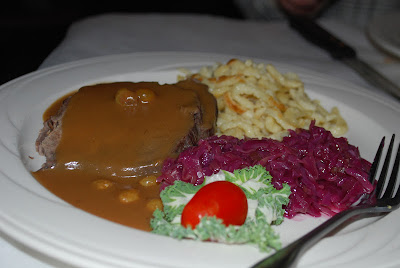 I always say that a restaurant could have the best food in the world, but it wouldn't mean a thing without a great staff to back it up and make it an exceptional dining experience. Our waitress, Michelle, was a sweetheart. We tried for a while to figure out the accent - it didn't sound German. She told us she was from Bulgaria. Cool! Again, she was a doll - and made our lunch just that much more enjoyable. 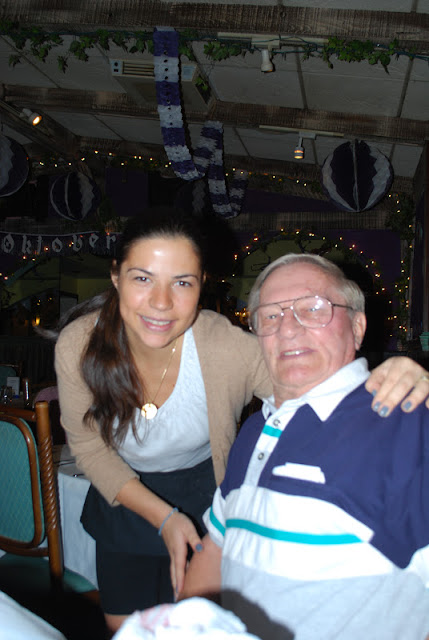 I wish I could say I'd been to Germany and had some frame of reference, but sadly, I haven't...but this is how I would imagine a place there to be...with steins lining the walls and weathered wood....and some extra little Oktoberfest touches. 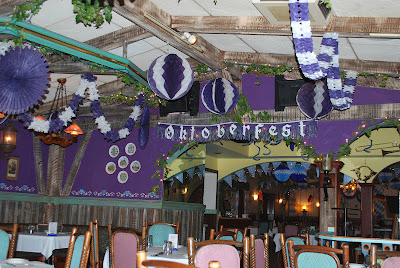 My father-in-law asked our server about getting some kind of Schnaaps for an after dinner drink. She recommended the Apfel Flimm, an imported Apple Schnaps and she did not steer us wrong. The burst of apple flavor was really amazing! 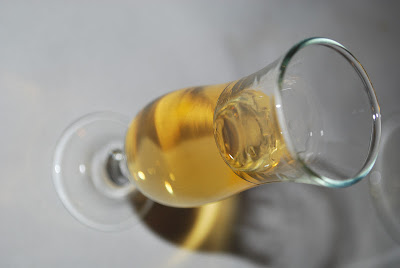 The dozen desserts on the menu made it so tempting and yet so confusing. I don't often eat dessert in a restaurant, but I couldn't help but order one to go when I looked at the list. This is the Marzipan Cream Cake, a European layered cake filled with Marzipan creme. You could also choose strudel, cheesecake or lots of cakes - German Chocolate, Strawberry Mousee Cake. Triple Chocolate Creme Cake. 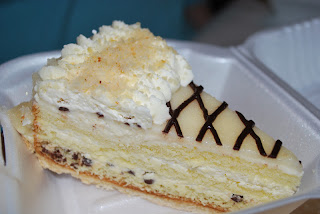 Back when we were dating, I preferred fruity mixed drinks to beers, but this German brood I became a part of showed me how to appreciate a good pilsner or lager or ale. Dab is one of my favorites and it tastes SO MUCH BETTER on tap. Hoffbrau, Spaten, Warsteiner and other popular European brews are also available on tap in liters, 1/2 liters and 1/3 liters. 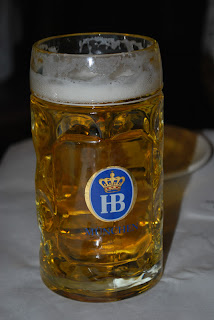 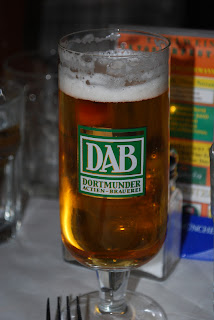 So, grab some family or friends and get your keisters over to Edelweiss. Macht Schnell, I tell you! :) Prost! 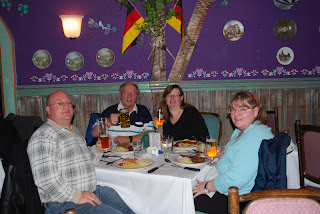 That's hubby on left, my father-in-law, me and my mother-in-law enjoying our German brew.

There are added items on the menu especially for Oktoberfest, which continues at the restaurant until early November. There's also a newly opened Beer Garden.