This past week was a busy one and I encountered some computer problems, so I slacked off a little on posting, but now I'm back with lots of photos and food bits to share. This past weekend there was a new event in the town I live in - the Lansing Autumn Fest. It was the first time for this annual event and even though the cruddy weather put a little bit of a damper on the festivities, there were still decent crowds and people had a lot of fun. The final event of the three-day fest was a chili cook-off and I was thrilled be on the panel of judges. Here we are conducting serious chili tasting business! 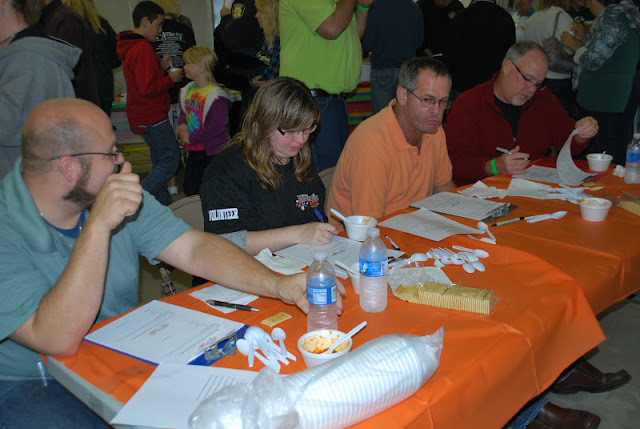 The cook-off was also open to the public for tasting and voting for their favorite. 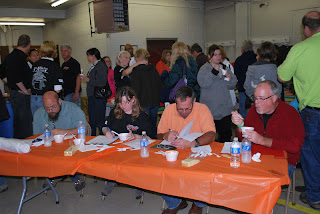 And here's a sampling of one of my favorites. 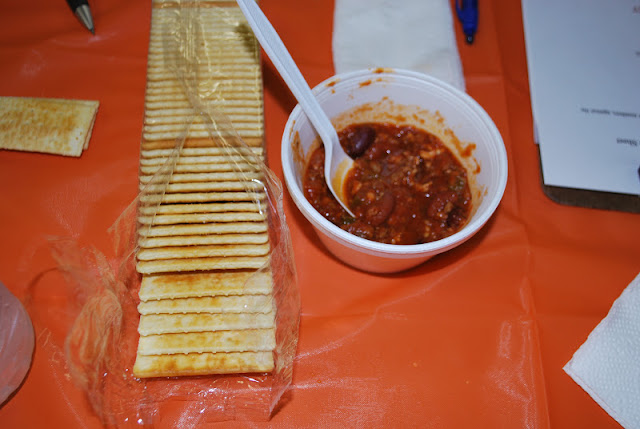 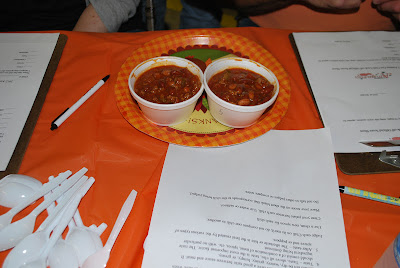 This was my first time judging an event like this and it was more difficult than I anticipated. I really liked the first one I tasted. Lots of beans and veggies with the meat, a thick consistency and just a little bit of a kick. I found out after it was over that it was made by my husband's co-worker, Justin, who is the cook around the fire department. Let me insert here that it was a BLIND test...or I would have opted out of participating because I did know half of the participants. I had no clue who cooked what and even after it was done had a hard time going back and finding out who made my favorites.

Another favorite had mushrooms and seemed to have a hint of garlic. There was a chili with corn that I found out later was a vegetarian chili. I had no idea when I tasted it. One had garbanzo beans in it. The one that was the most spicy also had chunks of steak in it and I was later told that it had chocolate and cinnamon in it! It was fun to see how different each one was and it's given me inspiration for experimenting at home with my own chili. 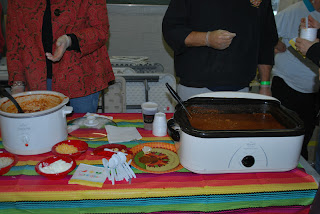 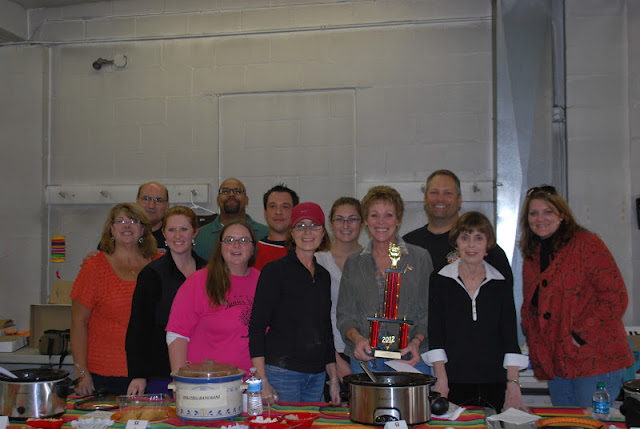 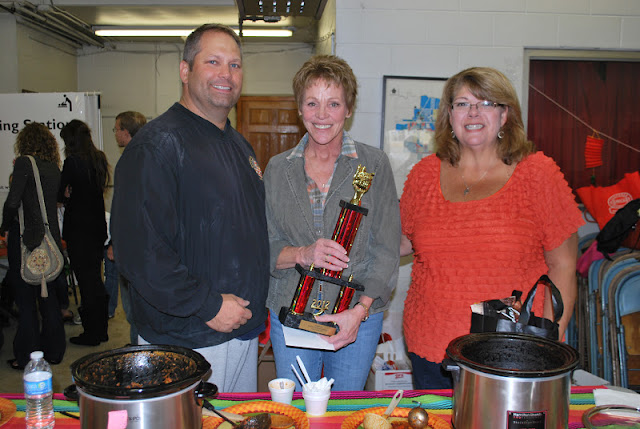 Brian Bonic is on left. He is a Calumet City Firefighter and won third place in the judging as well as the People's Choice Award. Patty Eidam is in the middle. She is the village clerk and won first place. On right is Nancy Noworyta, the retired village treasurer who was the second place winner.