Here in Chicagoland we have this Saturday night program called "Svengoolie." It airs at 9 p.m. on WCIU. Svengoolie is the host and each week, they air a horror or sci-fi flick, often a black and while classic dating back to the 30's or 40's. It's become the tradition in our house to all snuggle together my husband, five sons and I) on the sofa on Saturday night and watch together.

Rich Koz plays Svengoolie and has been since 1979, first known as "Son of Svengoolie" as the original Svengoolie, Jerry G. Bishop first appeared as Sven in 1970. His show includes comedy bit, song parodies and trivia about the actors and producers of the films.

This time of year Koz is out and about in Chicagoland doing appearances. Last Halloween I took my two youngest boys to meet him. Wow...I hadn't realized how popular he is. We waited in line for about 3 hours to meet him and get his signature on a rubber chicken. Yes, a rubber chicken. For some reason, rubber chickens are thrown around during his broadcasts. The kids were thrilled.

This past summer, the Theatre at the Center in Munster was running a production of Little Shop of Horrors and before one of the performances, Sven was there for a wine tasting. I got tickets for my husband and I. It was a fun time. For about $20 we got samples of about a dozen wines and several beers and well as appetizers. And we got a chance to take a picture with Sven and tell him how much him and his show mean to our family - it's the one time each week where we all stop what we're doing and spend some time together. And of course, there is food. Hubby likes milk and cookies while he watches. We often pop popcorn. And sometimes there's a little snack buffet or we order a pizza. It's like Halloween all year long with Sven on the TV. 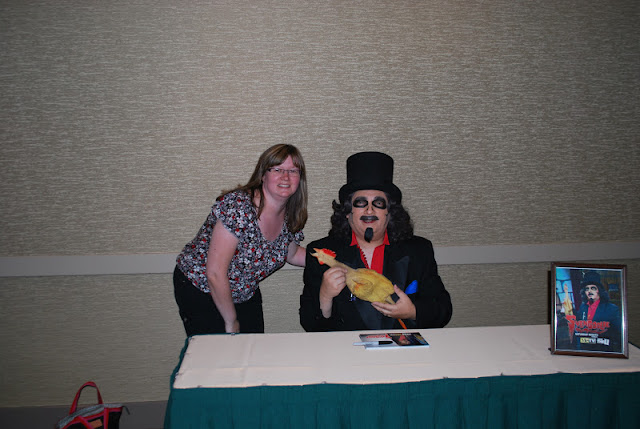 There are always interesting people in the crowd when he makes an appearance. We sat with this cute couple. Notice the shirts! :) 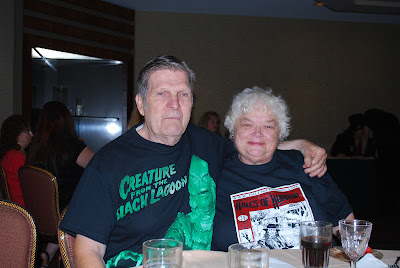 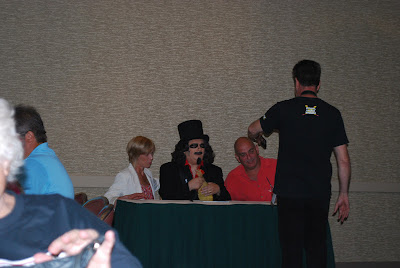 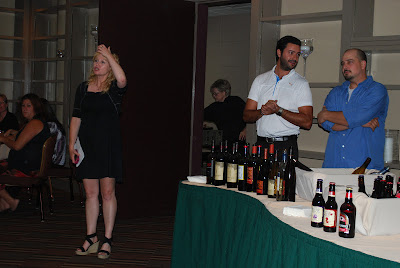 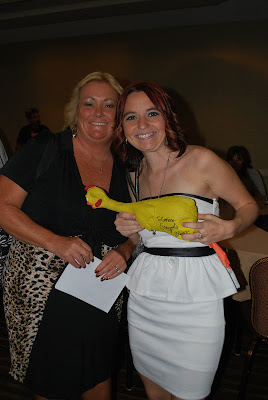 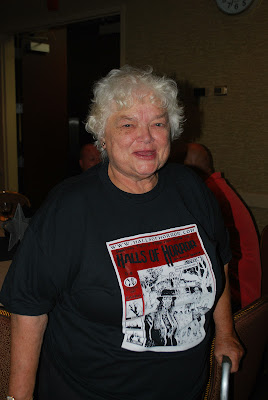 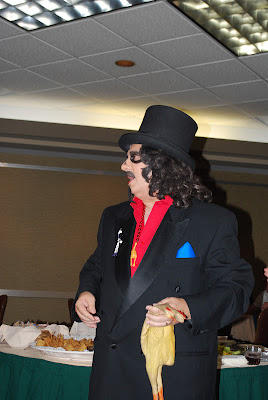 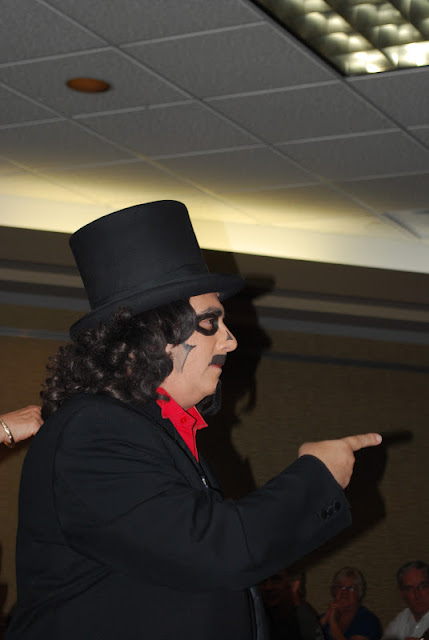