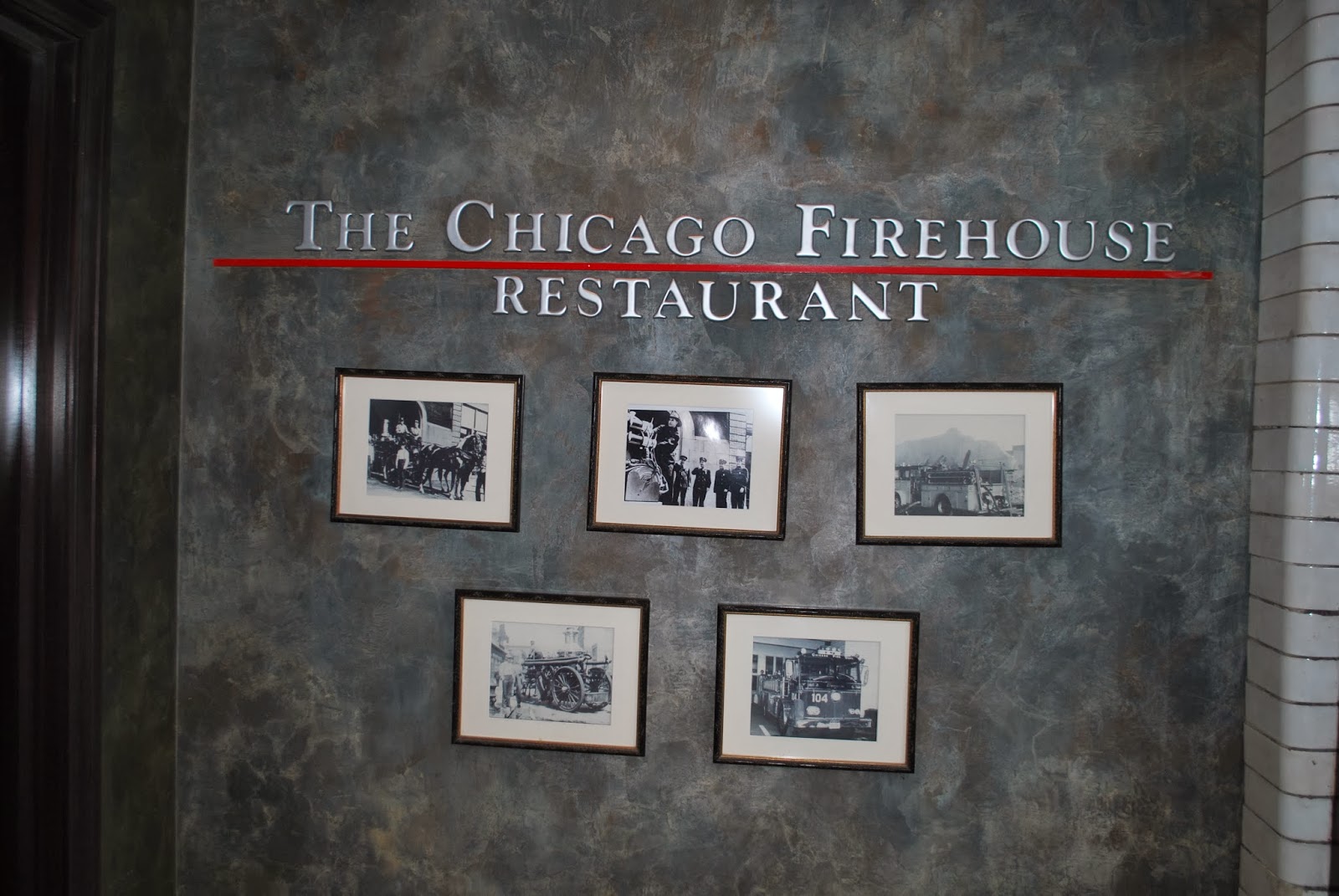 I was excited to see that one of my favorite eateries in Chicago was participating in Chicago Restauarnt Week. If you aren't familiar with it, Chicago Restaurant Week is an initiative by Chicago's tourism and hospitality industry to encourage diners to spend time in the city's restaurants during the slow winter weeks between Christmas and Valentine's Day. Over 250 restaurants participate, offering prix fixe menus of $33 or $44 for a dinner (usually three courses) with some also offering lunch at $22.

It's been quite some time since I've been to this south loop steakhouse that initially drew me in due to the unique history of the location. I'm married to a firefighter and quite a history buff (I'm VP of my village's historical society and have authored three historical books with Arcadia Publishing,) so when I learned that the restaurant was housed in a former firehouse, I knew I'd have to check it out.

The structure was built in 1905 with a fancier facade than most of the other firehouses in the city, probably to help it blend in with the architecture in this high-end community where families such as the Marshall Fields, the McCormicks and the Palmers resided. It was constructed of yellow brick and limestone with stables for the horse-drawn fire equipment. Oh, and as a bonus, scenes from the ultimate firefighter movie, Backdraft, were filmed in the building.

So, although these things intrigued me enough to make a visit, there was still a question of whether or not the food and service would live up to expectations and it totally exceeded them. We originally dined there with another couple (a co-worker of my husband and his wife.) It was truly one of the best meals I'd ever had. So, I couldn't wait to head back for Chicago Restaurant Week. I made a lunch reservation and here's what hubby and I enjoyed. 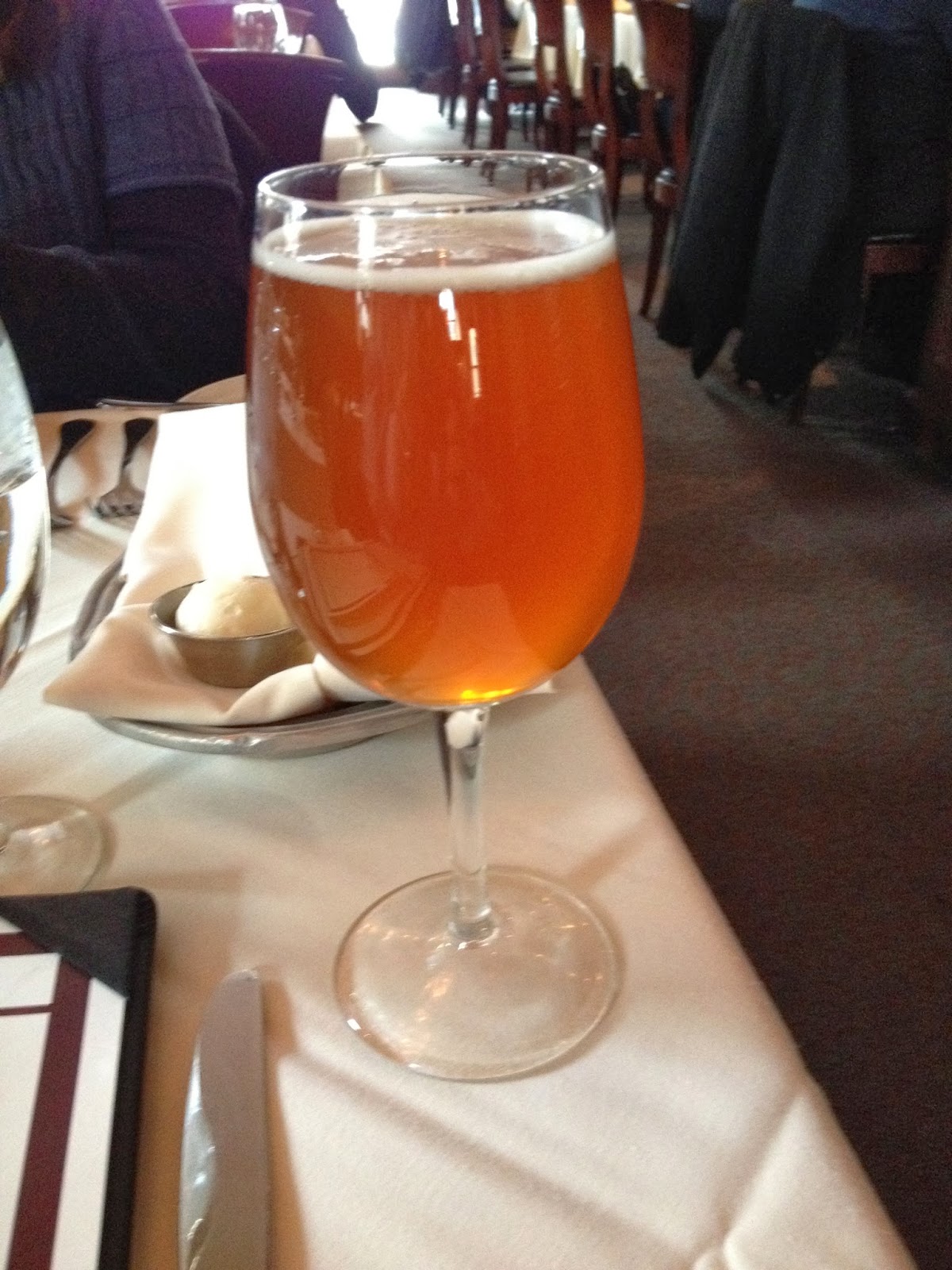 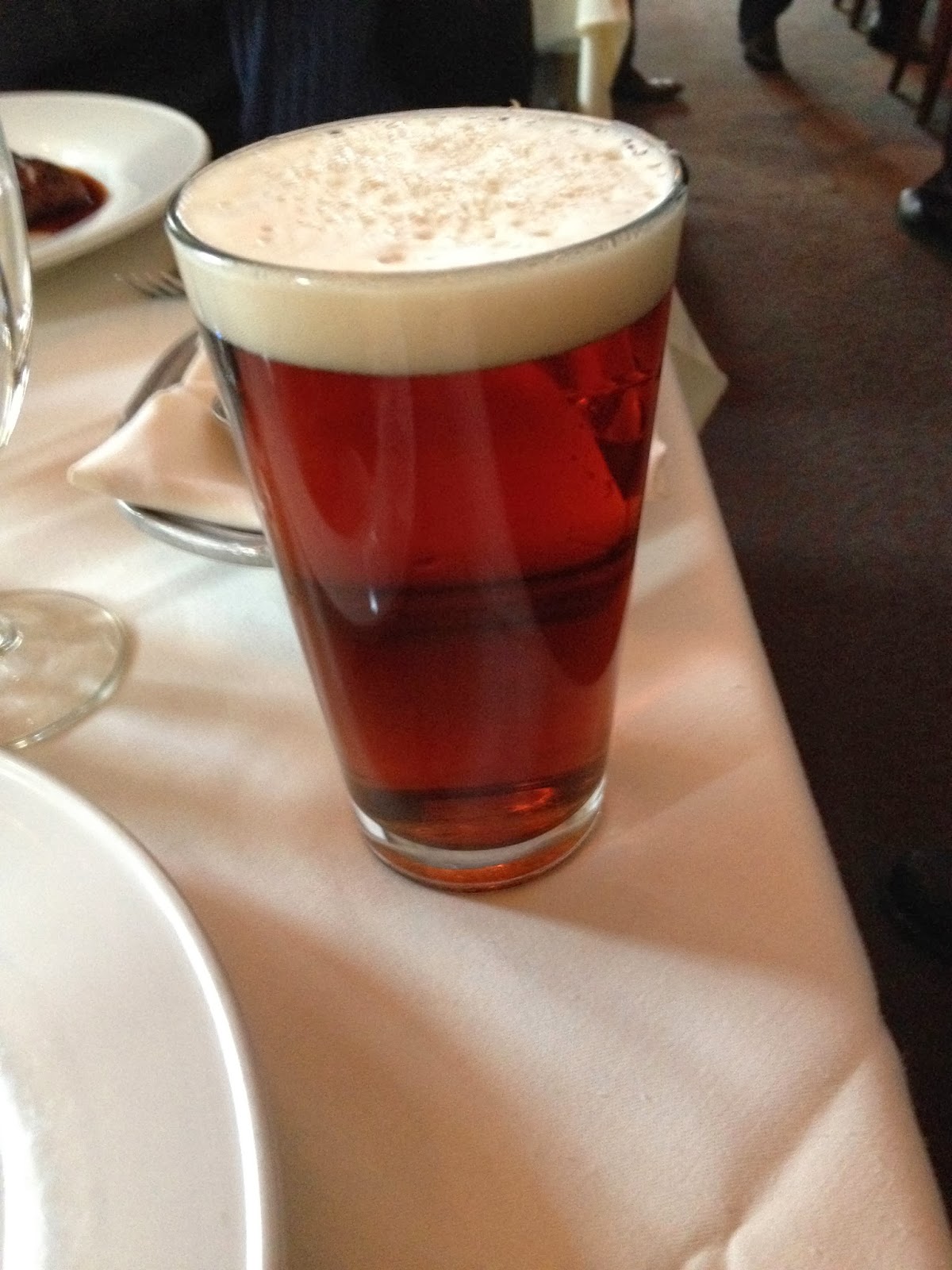 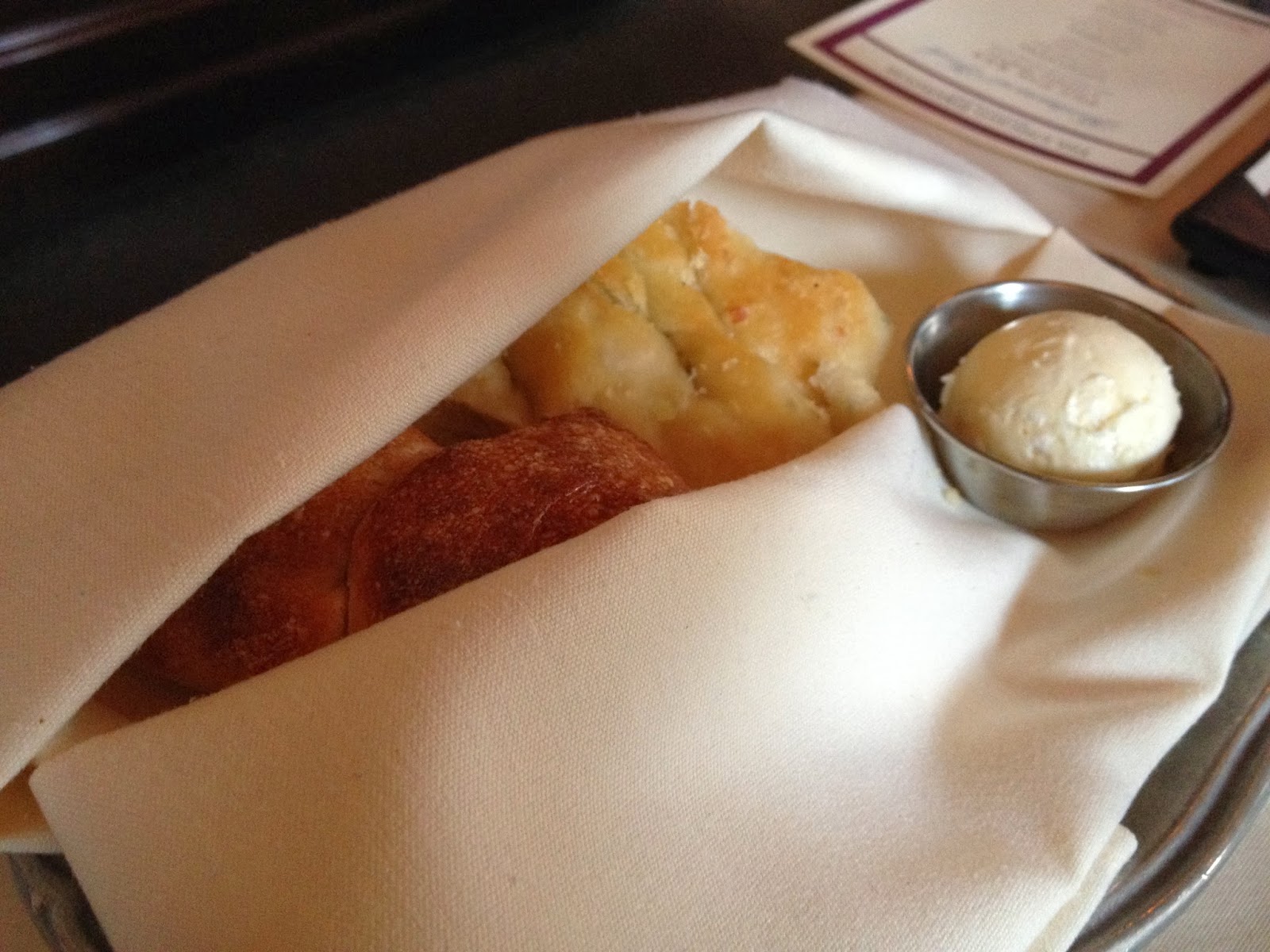 A peek at the special lunch menu 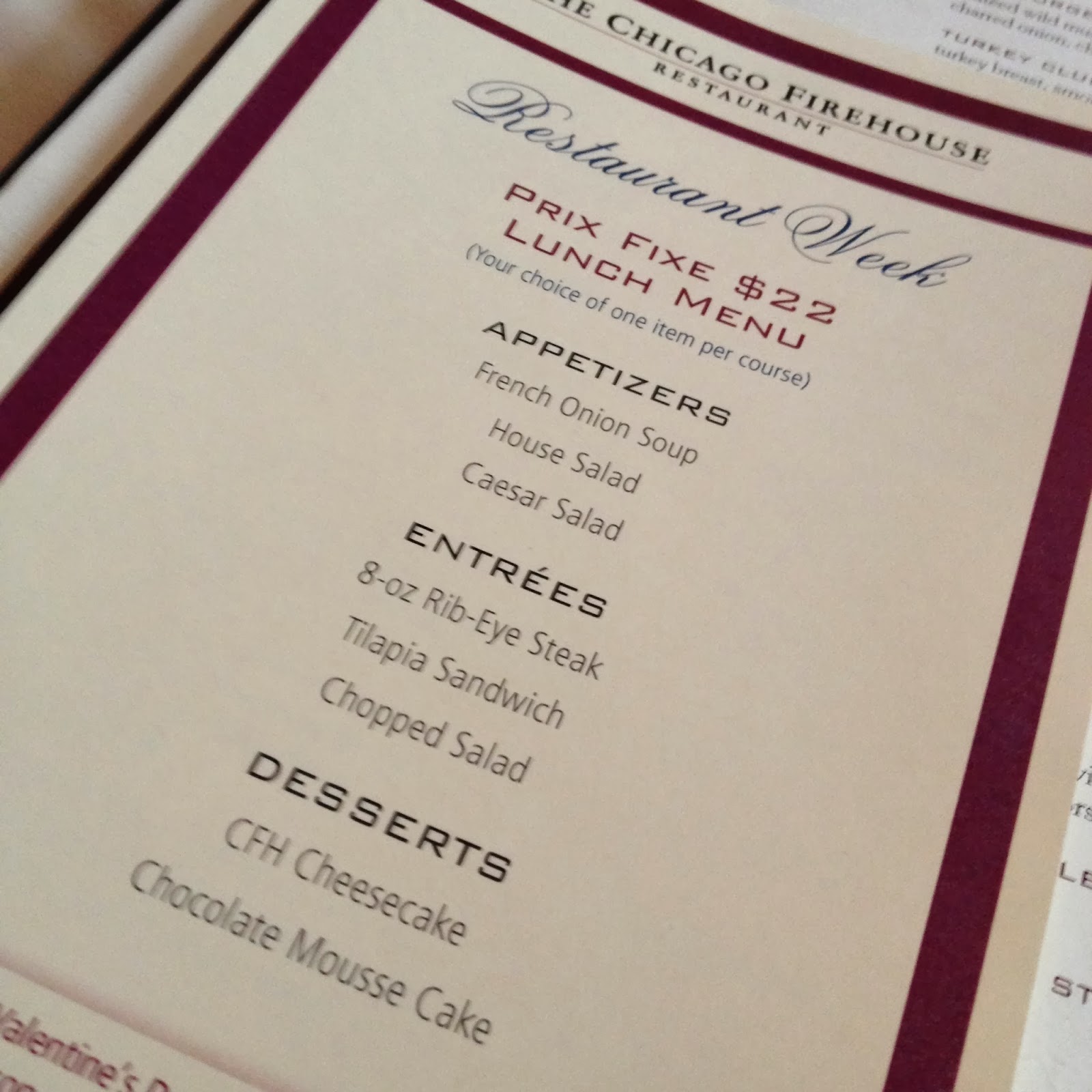 My house salad was amazing - candied peppered pecans and goat cheese on a bed of mixed greens with blue cheese dressing. 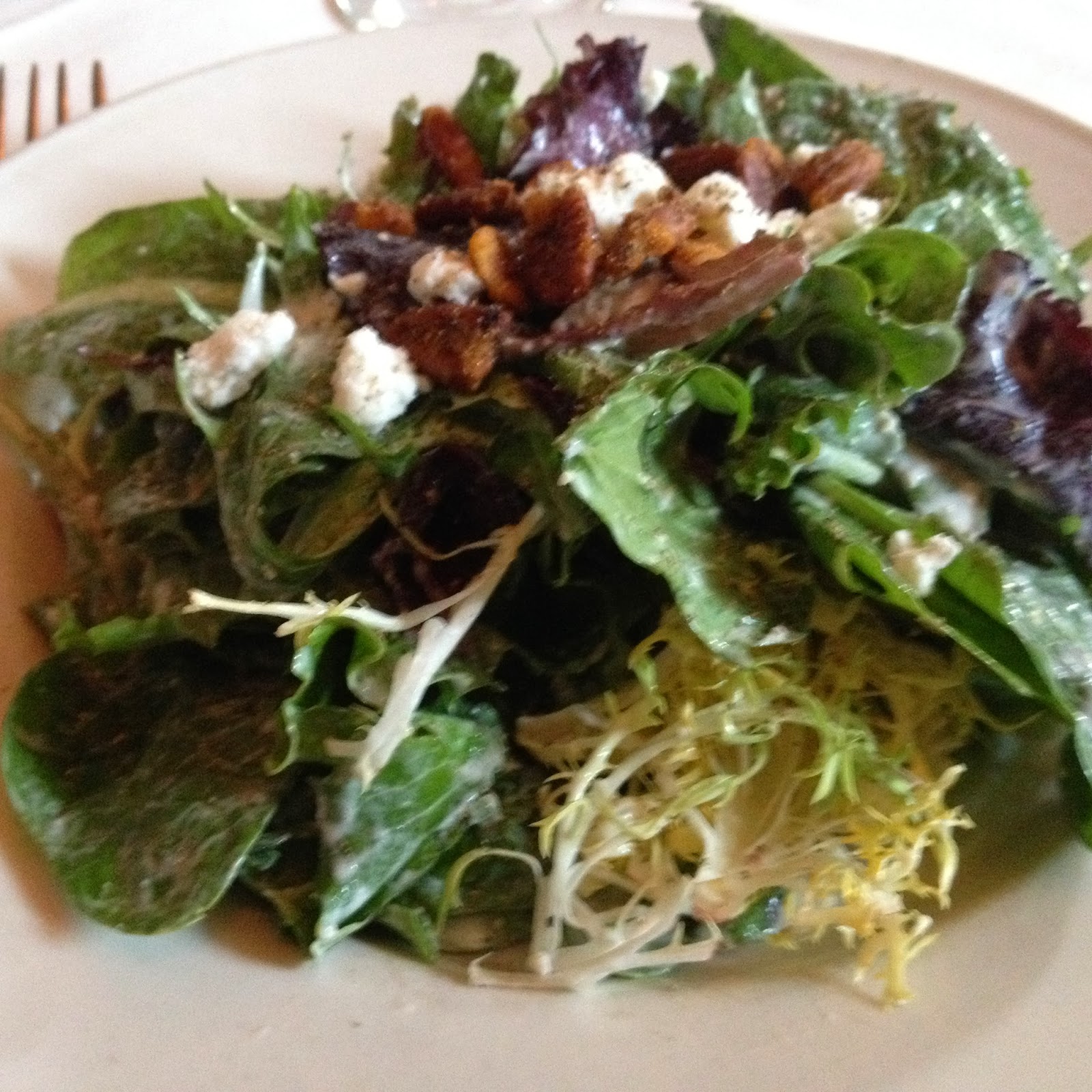 Hubby went with the Caesar Salad. 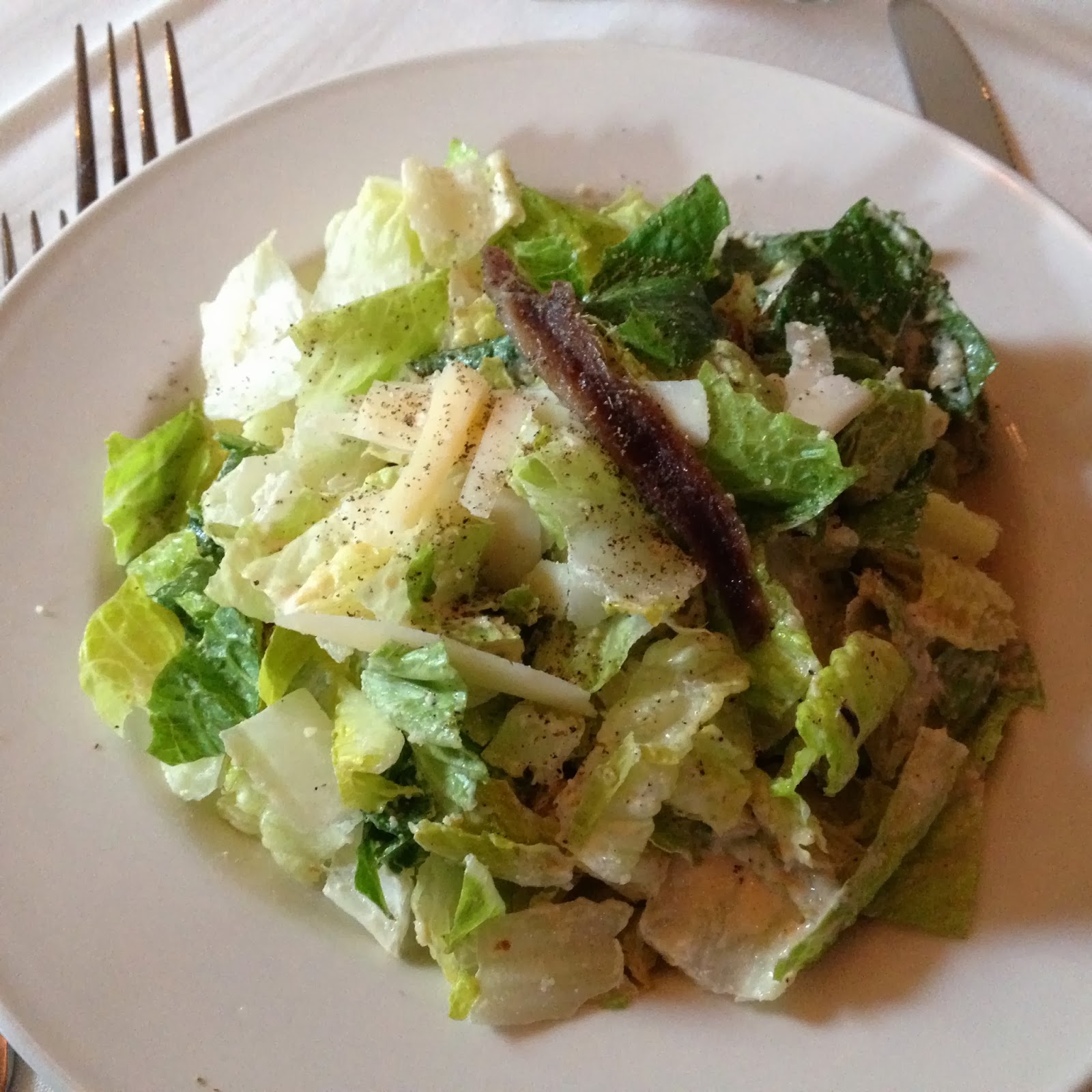 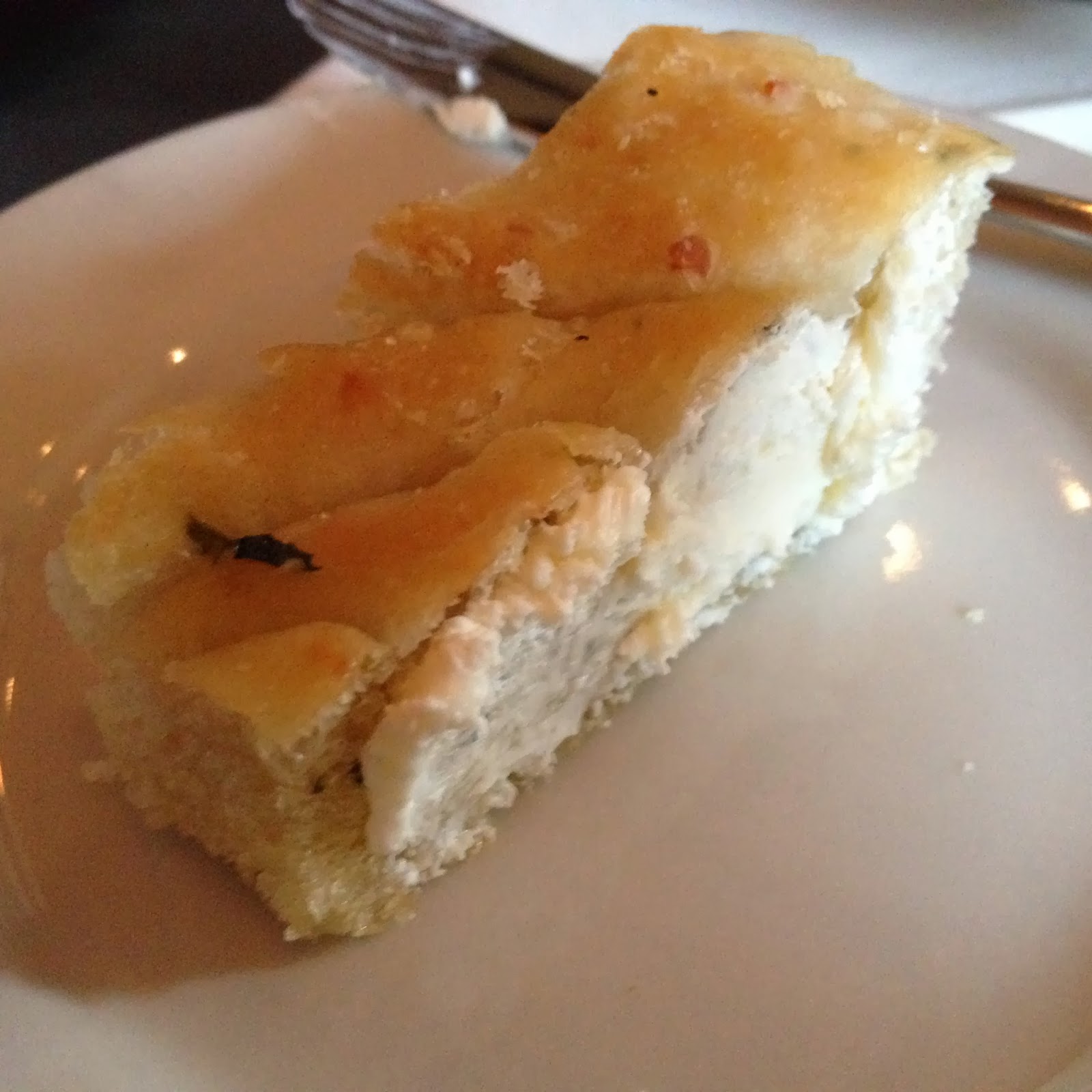 The well-aged 8-ounce Rib-Eye Steak was fabulous and a nice lunchtime portion. 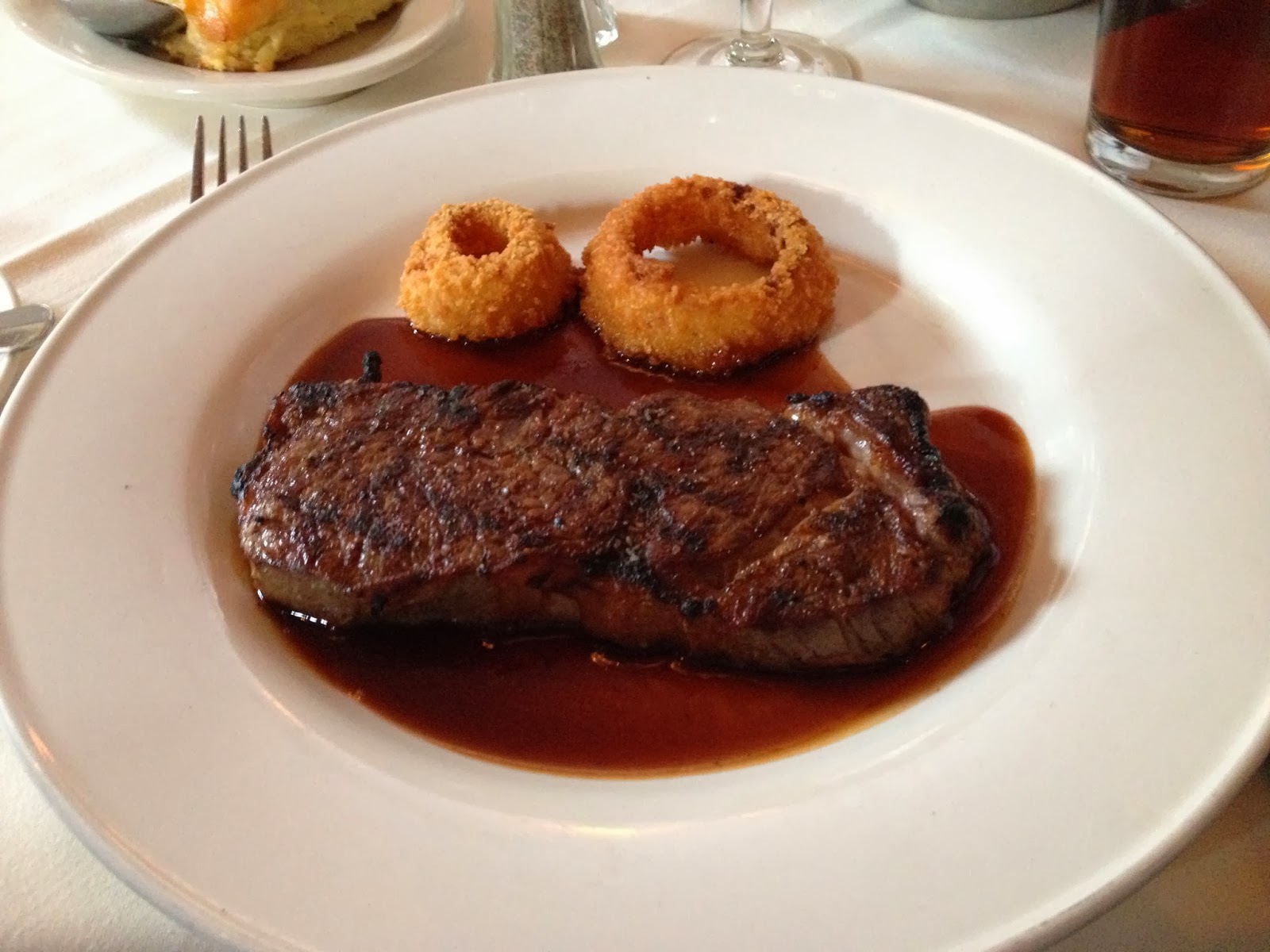 Since the steak was a stand alone, we ordered the potatoes au gratin to accompany the entree. An order is a large portion served for sharing. 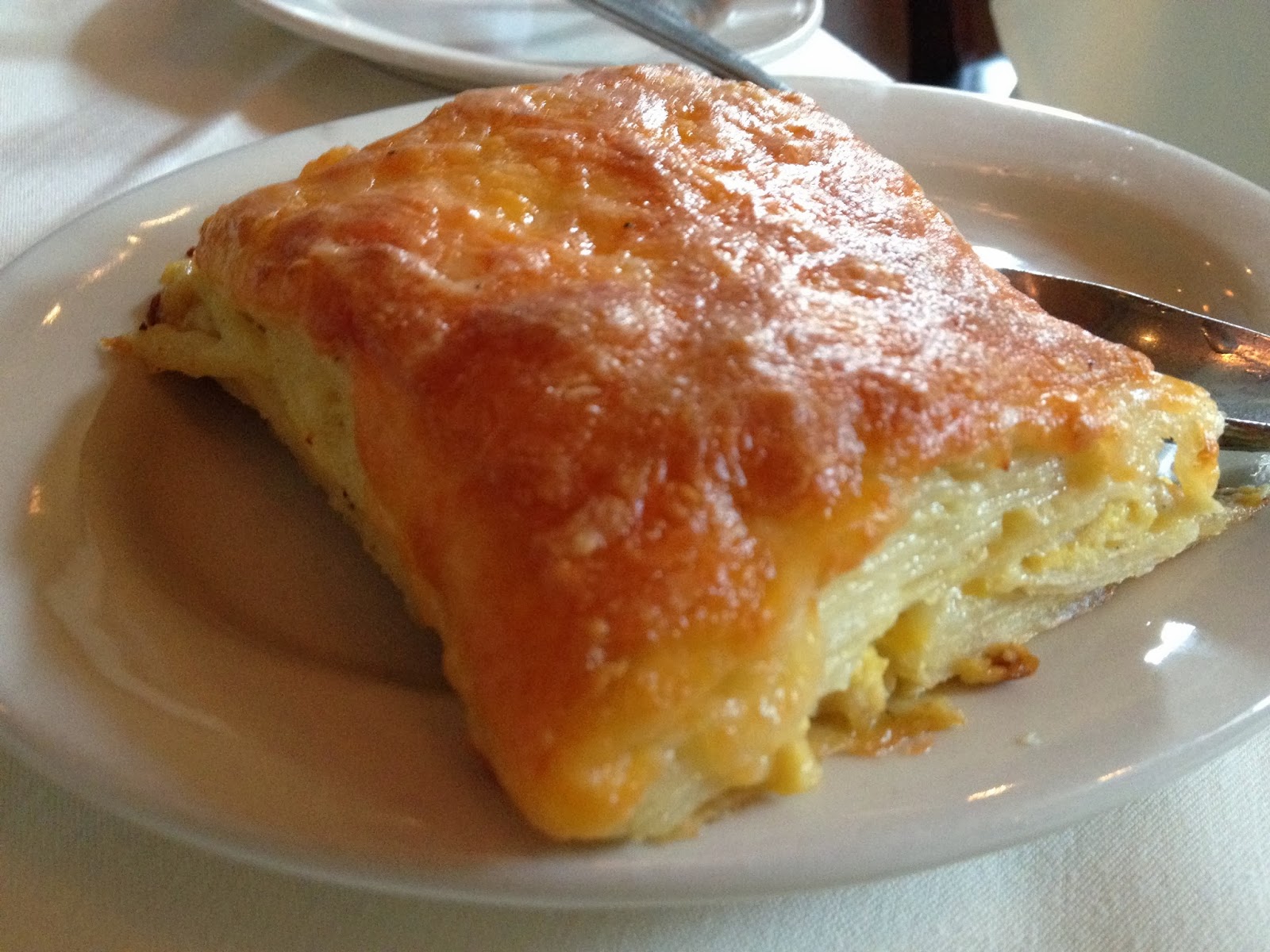 Finished off the meal with a Dortmunder Gold from Great Lakes Brewery. 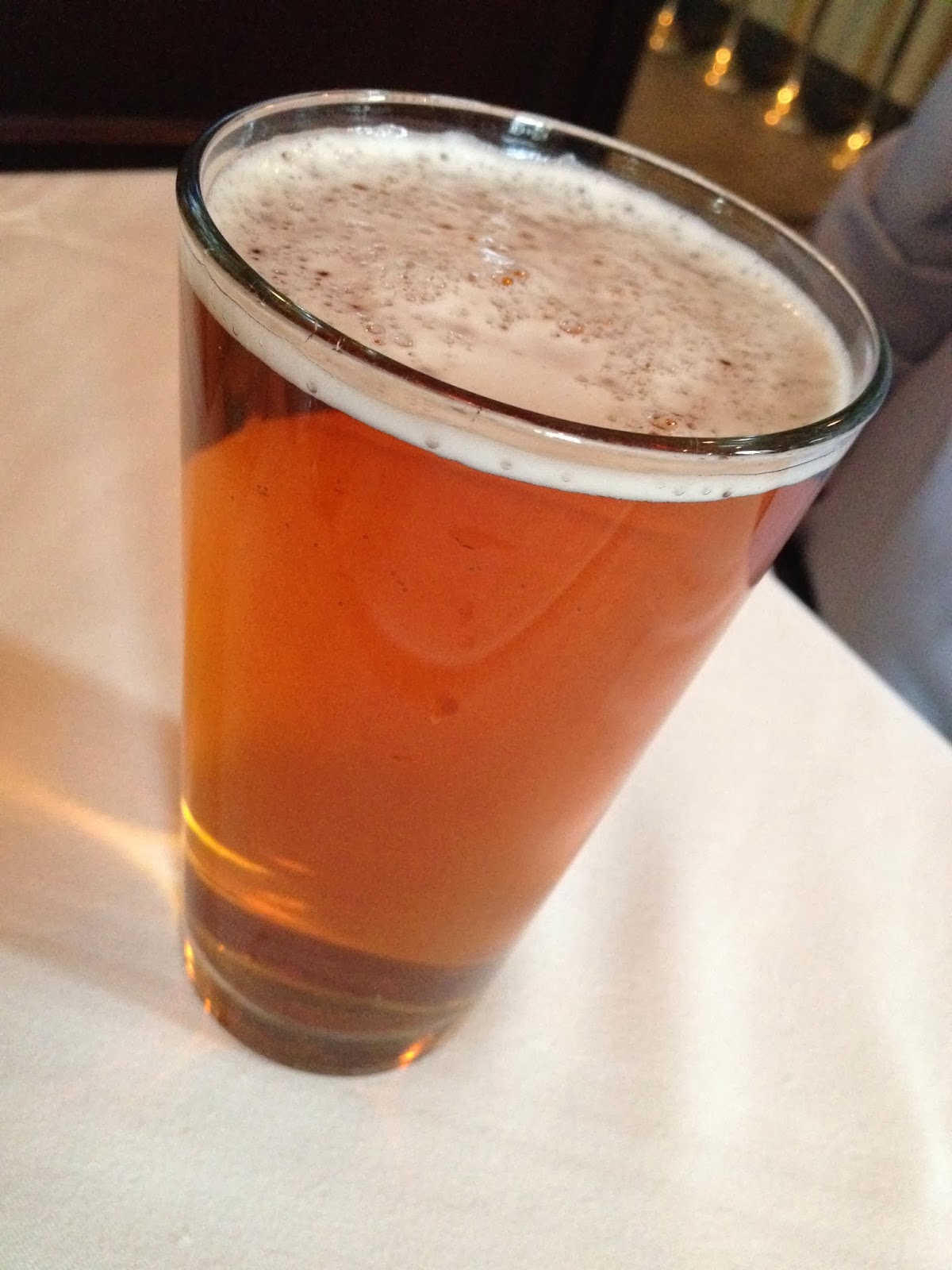 The third course of the meal was dessert and we had a choice between CFH Cheesecake and Chocolate Mousse Cake. So, we ordered opposite and got to try out both. Both were beyond outstanding. And, speaking of outstanding. Thumbs up on two out of three - the unique history and the food. The third component that determines the dining experience is the service and our server, Brian, couldn't have been more awesome. We really appreciated his knowledge as we grilled him with question after question. :) 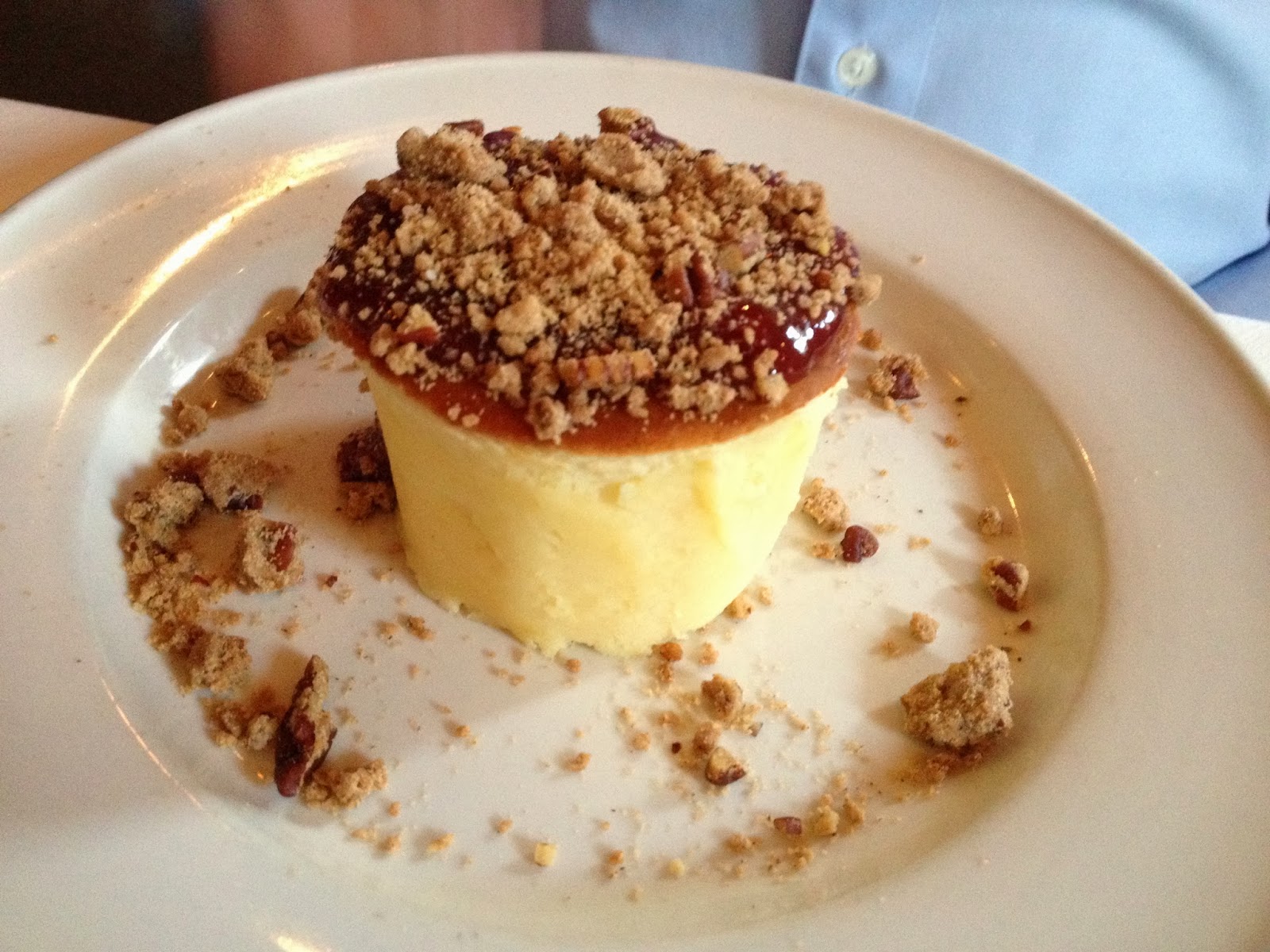 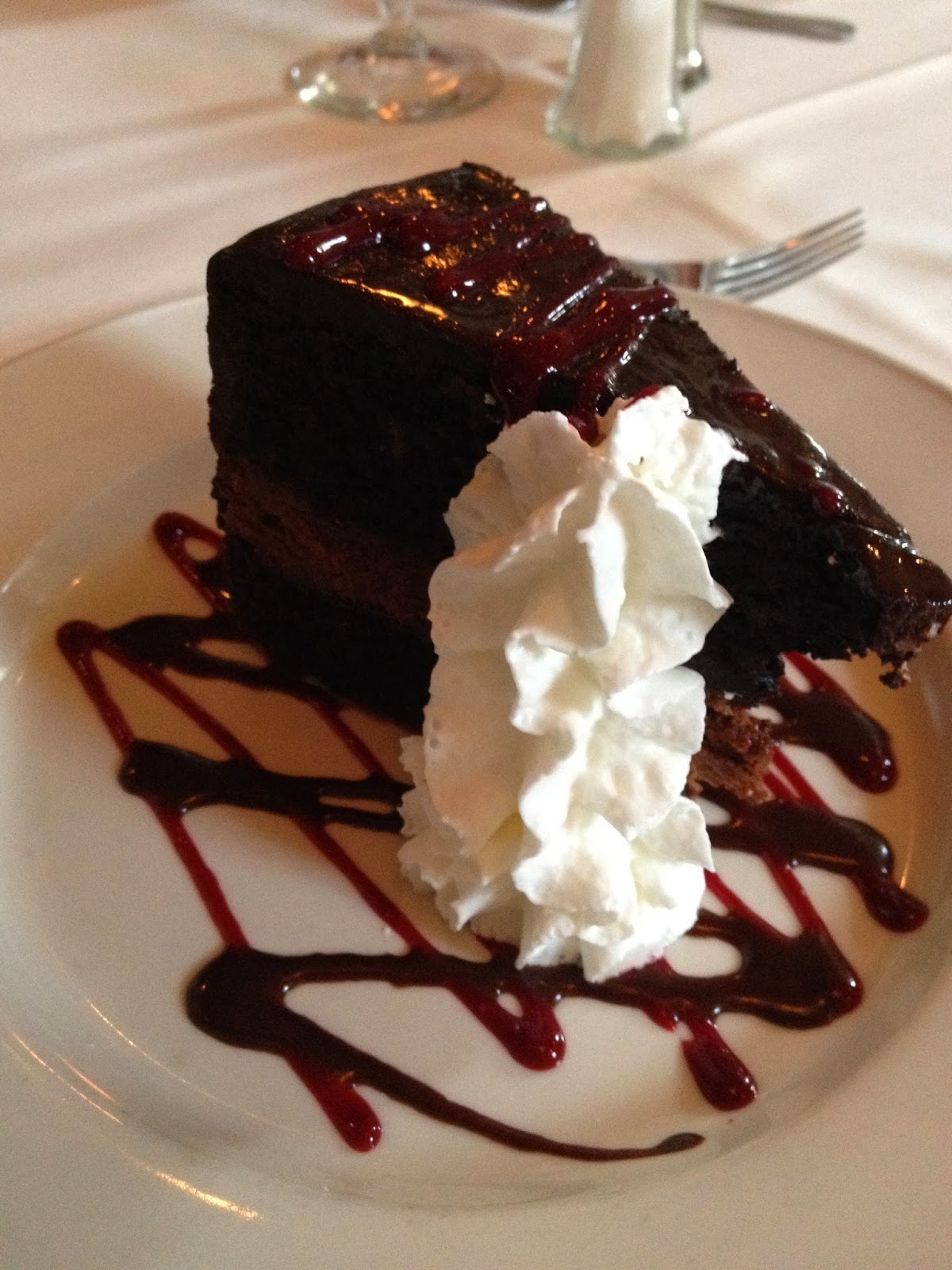 I adore the large bay doors on the front of the building. 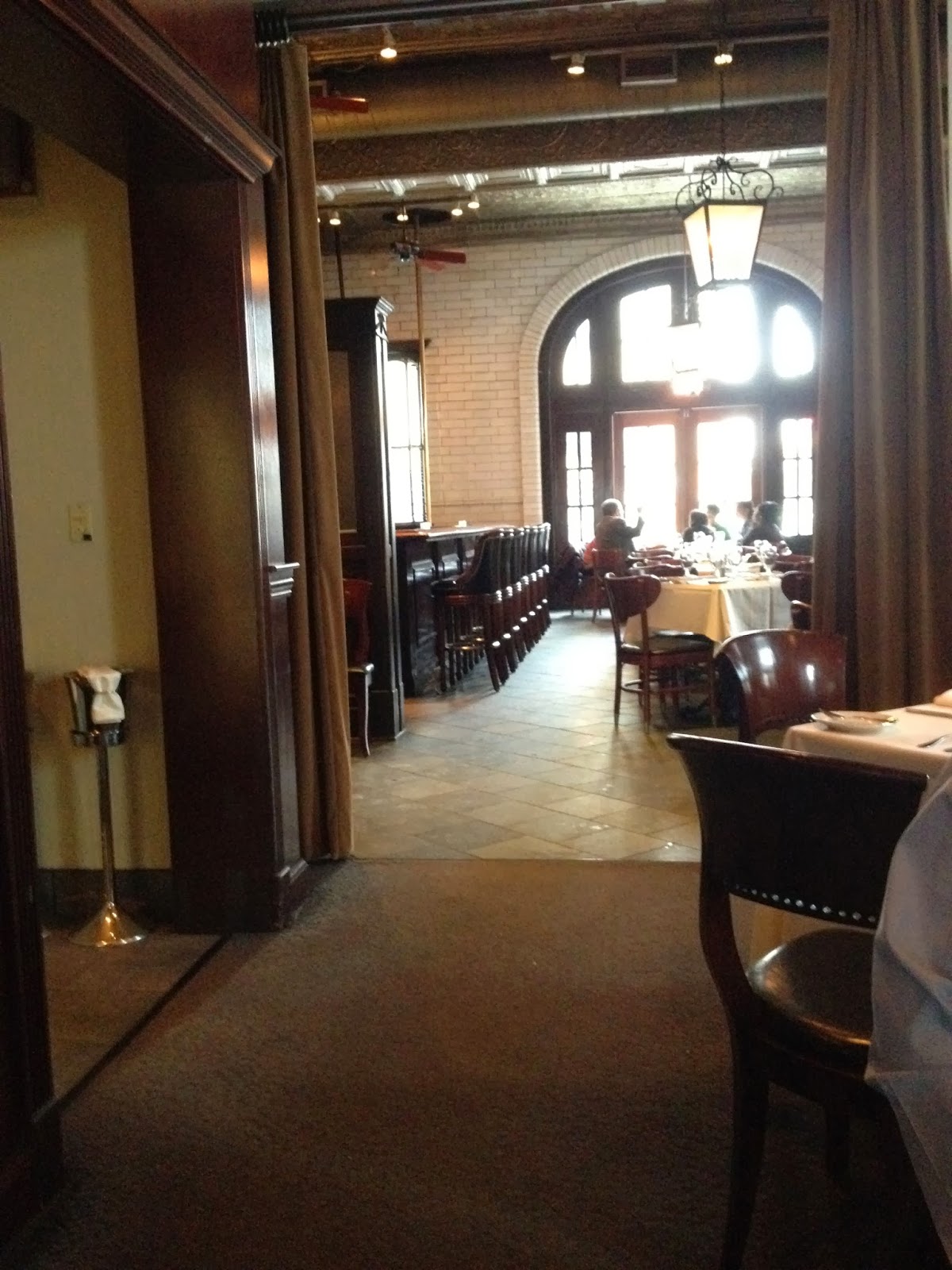 And this lovely fireplace can be found in the lobby. 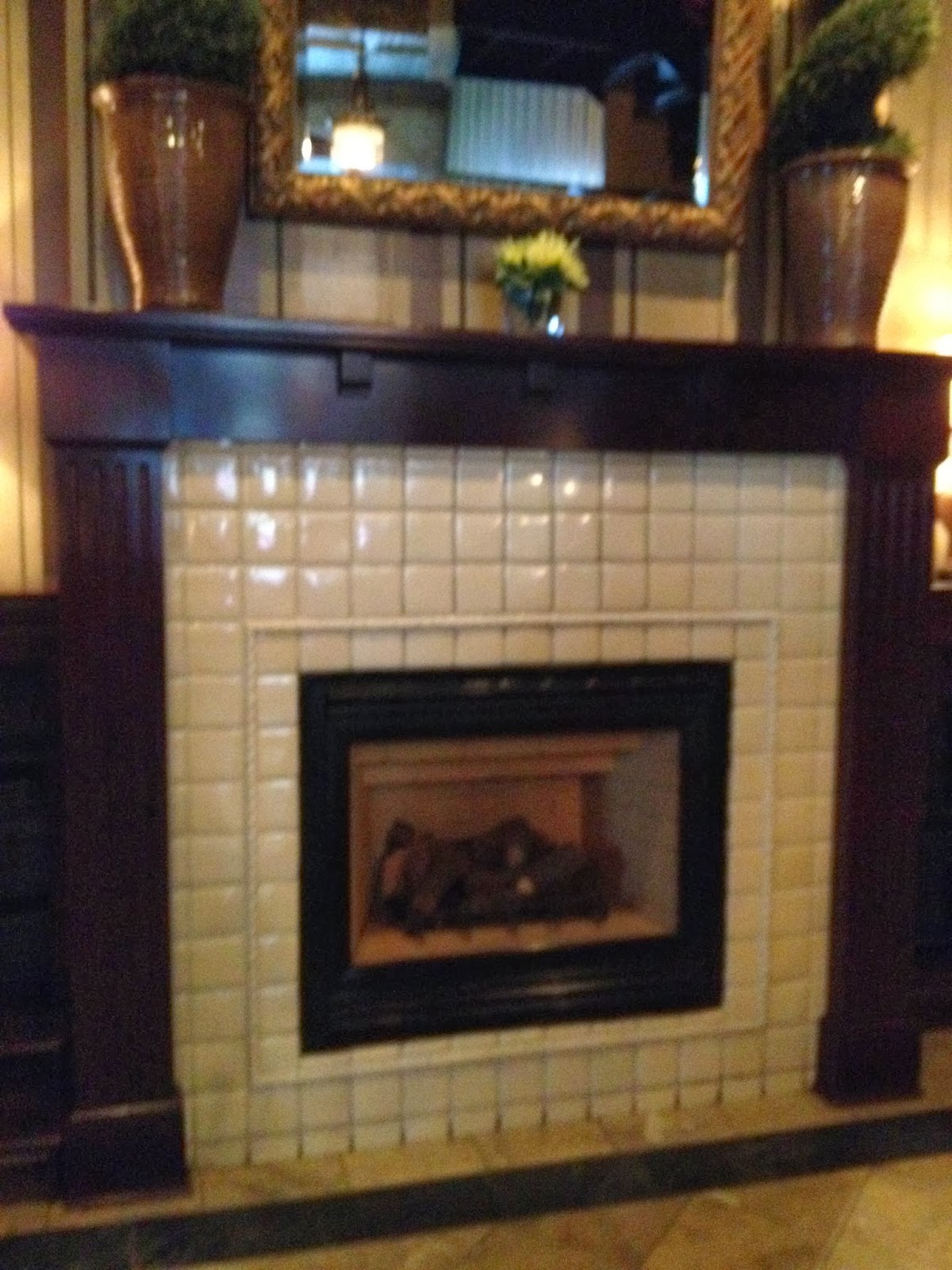 Chicago Restaurant Week continues through February 6. Take advantage of the special menu offerings at a great price and I highly recommend putting The Chicago Firehouse on that list! 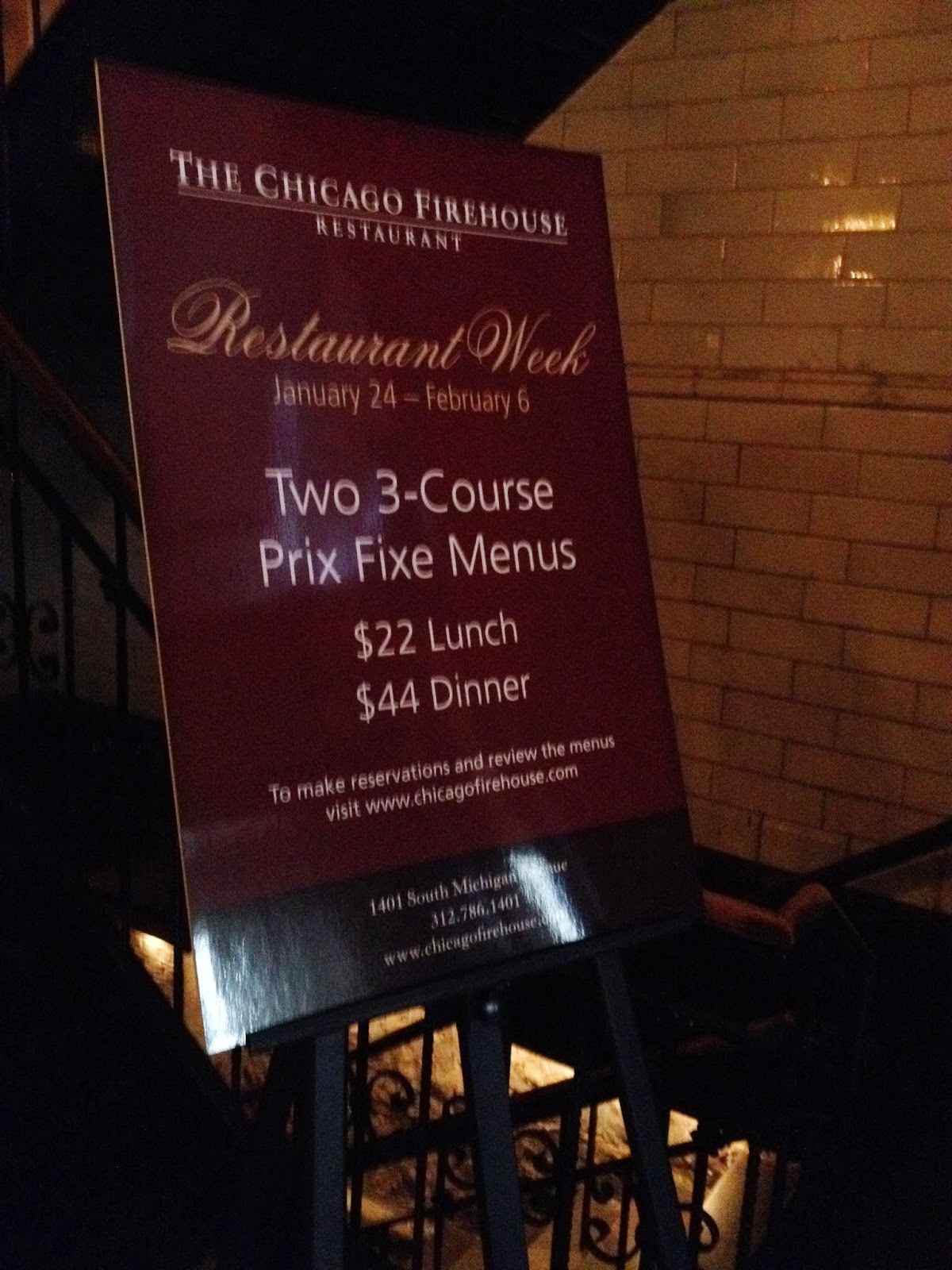