Hubby and I took advantage of the quiet and laid-back vibe during that lull between Christmas and New Year's to go out for a lunch date and then stop for a drink at One Trick Pony, a nice little craft brewery and tasting room nearby. I'm not much of a traditional bar person, but there's such a different atmosphere when you go to a microbrewery. Perhaps it's because I've become an intense foodie in recent years and have an appreciation for the passion in producing craft brews, but I enjoy lingering and tasting different styles of beers, examining the specs and perusing the creative names of the newest to land on tap.

The only downfall on visiting craft breweries is that the beer menus change with the season or there's a rotation that causes favorites to fall of the list. I'll fall in love with one (like the delicious fresh ginger and peach infused Georgia Grande) and the next time I'm there, it's gone. On our recent visit, I had a 2 to 3 while hubby tried a Spotted Saddle and then went back to his favorite fallback, Marsh Tacky. I'm glad that my palate has evolved from my early drinking days of pretty much nothing but Old Style and Miller Lite - or whatever the cheapest beer was. That was back in the 80s/early 90s before craft beer was on anyone's radar. I'm still not crazy about the hoppiness of pale ales, but I enjoy the variety and have found that dark, thick beers can be quite dandy. I've become a fan of stouts and porters and red ales and hefeweizen. And there's not many other places I'd rather give them a try than in One Trick's tasting room. And if you haven't been there in quite some time, you may not have seen the new location - it's bigger and better and worth a special trip. 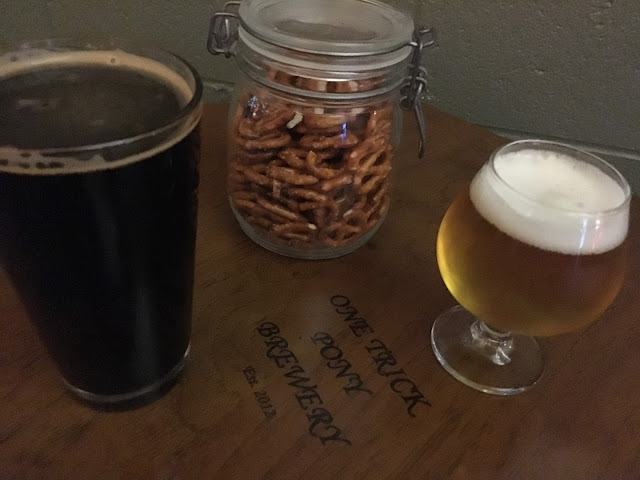 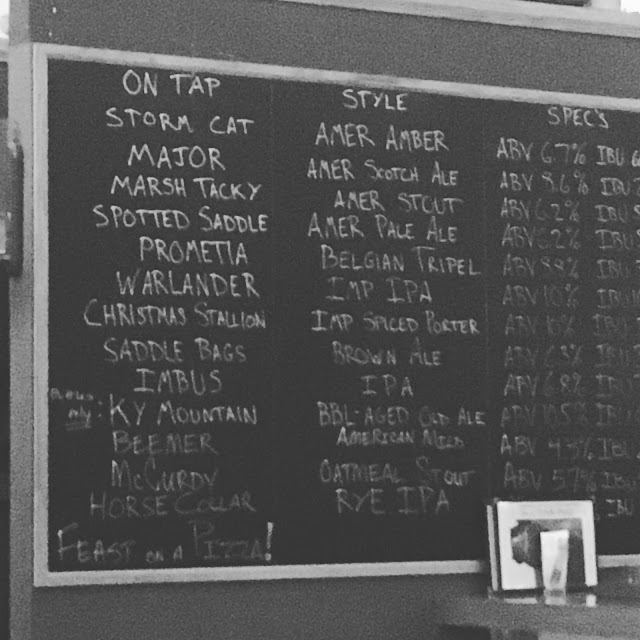 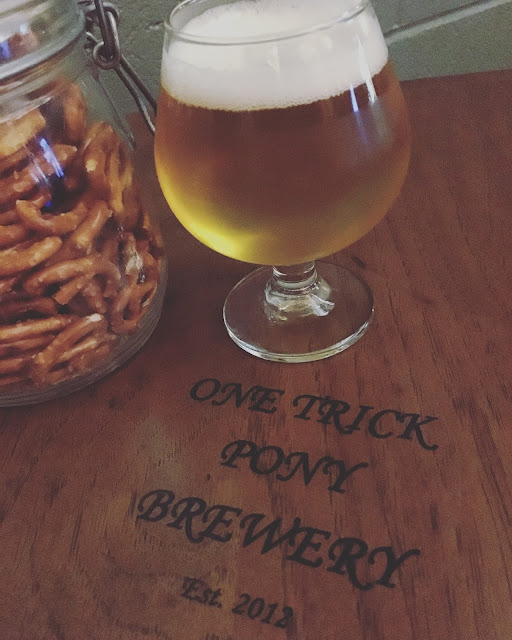 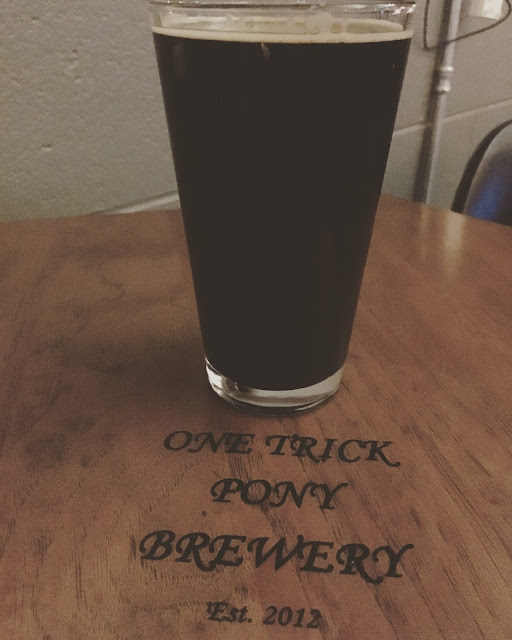 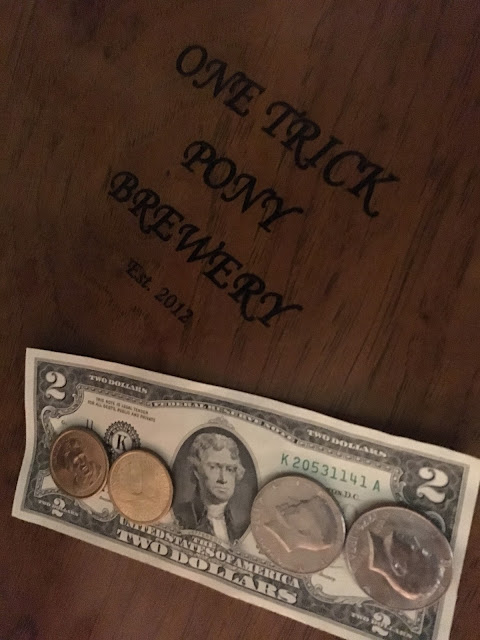 I love that the change always come back in the form of a $2 bill or dollar or half dollar coins. :)