So, for the Super Bowl, I had planned to make skillet nachos. I'd seen some recipes using ground beef and others using chicken, but with the other things I had prepared already, we were on meat overload. So, I decided I'd use chili beans instead along with cheese and veggies. I'd just gotten a nice iron skillet as a gift from my friends at LongHorn Steakhouse as I was working with them on a winter grilling campaign, so I was happy to have an opportunity to use it. 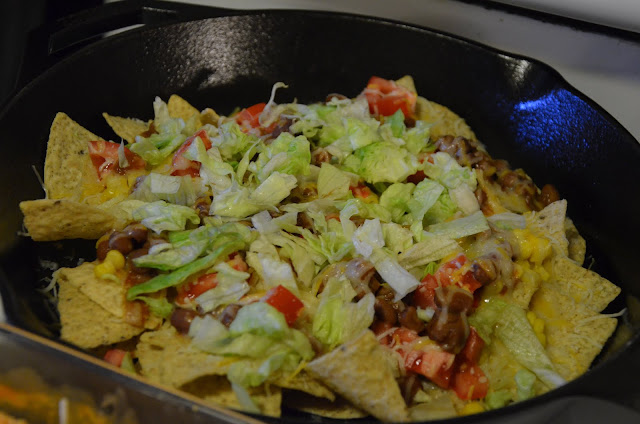 Preheat oven to 350 degrees. Spread a layer of chips in a cast iron skillet, top with cheese, corn, beans and roma tomatoes. Top with a little more cheese. Add another layer of chips, then cheese and more corn beans, tomatoes and more cheese.  Bake about 10 minutes and remove from oven. Add shredded lettuce and serve.