A couple weeks ago I got some samples of Mullen's Applesauce to try out. Right after that I ended up with COVID-19 and it's been a rough ride and more than three weeks of being really sick and showing no improvement. Finally this week I started getting a little energy back and having some of the symptoms subside. I hadn't cooked anything since late October, but today I felt good enough to make a loaf of Apple Cinnamon Quick Bread and I used some of the Mullen's Applesauce in making my loaf. 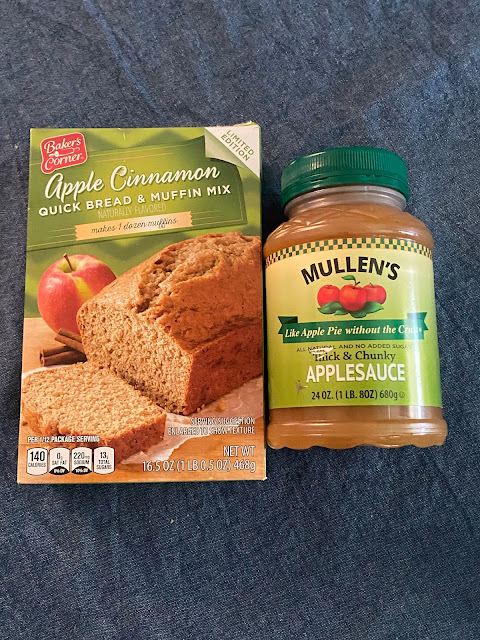 I'm a big cheater when it comes to baking. I take a lot of shortcuts and I have no shame in grabbing a box mix to save me the trouble of measuring out the flour, sugar and other ingredients. Most of my baking starts with a mix. 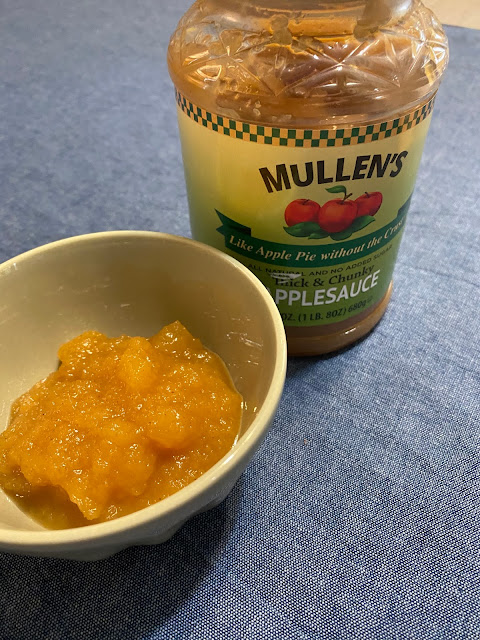 I love the Apple Cinnamon quick bread and muffin mix from Aldi and I've made it often in the past. This time I thought I would make it and add some Mullen's applesauce to moisten it up. It worked like a charm! It had a little crunch to the outside with a very moist inside. 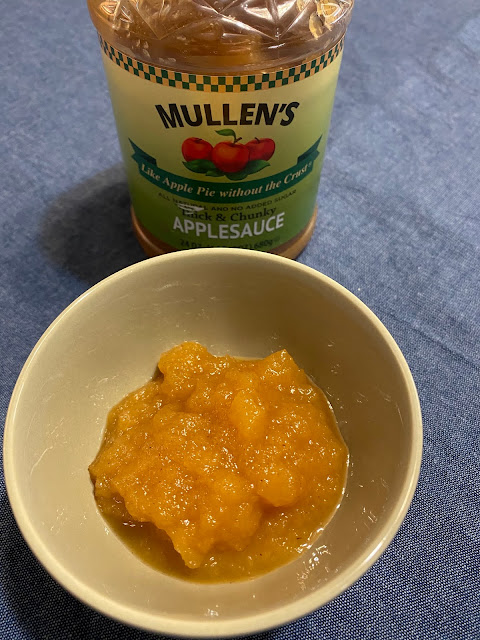 Mullen's Applesauce I learned is owned by Jim Mullen, a former Chicago Police Officer who was injured in the line of duty. Paralyzed from the neck down, he was unable to continue his law enforcement career and decided to turn to producing his mom's applesauce recipe. He wanted to share it with others.

The company's tagline is "Like Apple Pie Without The Crust" and that's exactly what it tastes like. Really I think you could take a crust and fill it with the applesauce (maybe add a little thickener) and bake it and it would be delicious! It is crafted in small batches with all-natural ingredients and no added water or preservatives. lt has an 18-month shelf life, is gluten-free and kosher certified and a perfect healthy snack. 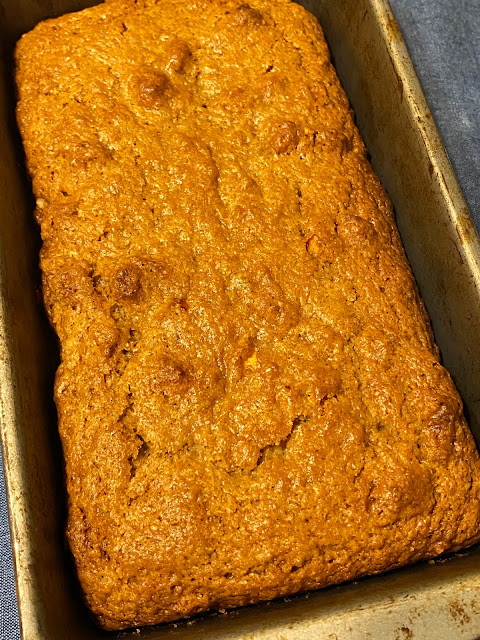 Let me insert a little shout out to law enforcement here and a thank you to Mullen's for his time on the department and the sacrifices he made on the job. I have great respect for law enforcement and the job they do. My brother-in-law retired a few years ago after a 30-year-career as a suburban police officer and my nephew (his son) is currently working as a police officer, too. He's a married dad of a little girl with another baby (a boy!) on the way and he pours so much into his job and I am uber proud of him. Both of them have been so dedicated to their jobs and the world is a much better place because they are in it.

Mullen's Applesauce is available at Chicagoland Meijer, Jewel-Osco, Mariano's, Heinen's and Ace Hardware locations. You can also purchase it on Amazon. For more information, visit mullenfoods.com.