The Chili Kickoff Cook-off for Make-A-Wish


This past weekend I had the fun opportunity to be a judge in a chili competition. The event, held at McQ's Sports Bar and Dome in Bolingbrook, was to raise funds for the Make-A-Wish Foundation. The fundraiser started as a backyard Oktoberfest celebration organized by Matt Schnell. Eventually it outgrew his yard and evolved into a serious chili cook-off. Now in its 3rd year, it was moved a second time as it once again outgrew its venue. The event included 22 chili recipes mostly from restaurants in the west and southwest suburbs. 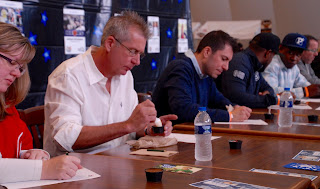 This was my second time judging a chili cook-off and the first time I judged 11. This was twice that many, so we really had a hard job ahead of us, especially because there were so many good ones. Several of them were made with brisket. A couple included bacon. One was a whole hog white bean chili. Another had duck. A couple had some nice garnish (loved the one with grated smoked gouda on top) or were served with cornbread or croutons. There was a chicken chili that was more like a chicken tortilla soup. One came with a lovely little pretzel roll. There were a lot of different versions and it was fun to try out such a diverse range of concoctions. 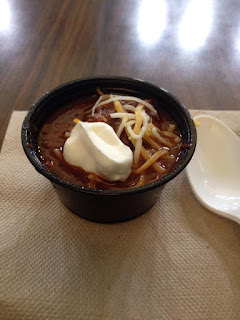 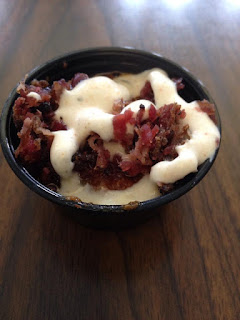 I had the pleasure of sitting on the celebrity judging panel with a great bunch that included Carmen DeFalco from ESPN 1000 Radio's Carmen and Jurko show, Doug Sohn of Hot Doug's, former Chicago Bears players Jason McKie and Adrian Peterson, restaurateur Lee Ann Whippen (who has appeared on the Food Network) and Rob Bomberek who was the winner of Tailgate Warriors with Guy Fieri on the Food Network. Elliot Bambrough from Chicago's Best TV was a judge and also served as emcee. I'm a fan of his show and it was fun chatting with him about food and restaurants and dogs. ;) 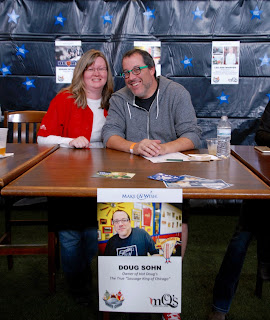 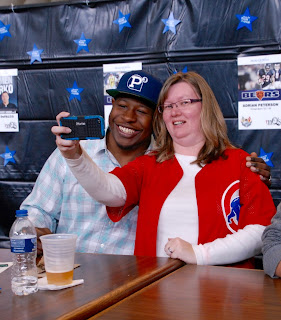 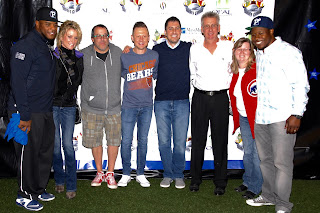 The afternoon brought in a good crowd and over $50,000 toward the cause of granting wishes to sick kids. Schnell said that he does this each year because he has been blessed to have healthy kids and wanted to do something to help families that aren't as fortunate. A big hats off to him! I was lucky to be a part of it and had a blast and it was great knowing what a great cause it benefits. Keep it in mind next October and bookmark ChiliKickoffCookoff.com.