This week we had the opportunity to visit Schaumburg's new adult playground, Punch Bowl Social, which offers old schools games, bowling, bocce and more. It's three levels of fun that make for a great social outing. Order up a bowl of rum, vodka or bourbon punch and spend the evening playing darts, bowling a few frames or playing some rounds on a four-person Pac Mac arcade game. 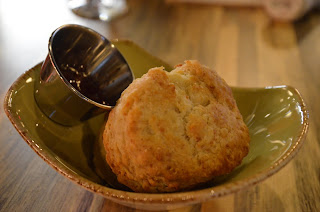 As much fun as there is to be had there, I was there first for the food and I was really wowed by what we sampled. When you think bowling alley, you often think of deep fried frozen appetizers. Not here. They call their dining room the "Diner," but it's not typical diner food either. There are a lot of the common classics, but usually with a definite twist - like the Very Serious Grilled Cheese, which has gruyere and goat cheese with poached pear on grilled ciabatta or the Mac and Cheese entree which has tender belly bacon braised leeks and bread crumbs. They've taken a lot of favorites and made them even better.

We started off with some buttermilk biscuits, served with a black pepper jalapeño ginger jelly. Normally, I'd steer clear of something with jalapeño in the name because I'm never sure how heavy it is on the jalapeño. This was sweet with just a hint of heat. Loved it! 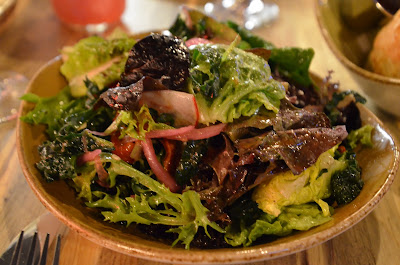 Next  we tried the Farmer's Salad of mixed greens (and lots of reds, too) with roasted tomatoes pickled onions, burrata and a roasted tomato cumin vinaigrette, which is an unlikely combo for a salad dressing, but it works so well.

After that came the deviled eggs. I'm quite a fan and always like to try them when I see them on a menu. These were topped with a dollop of bacon jam (a perfect accompaniment) and included tartar sauce and mustard and were garnished with baby arugula. 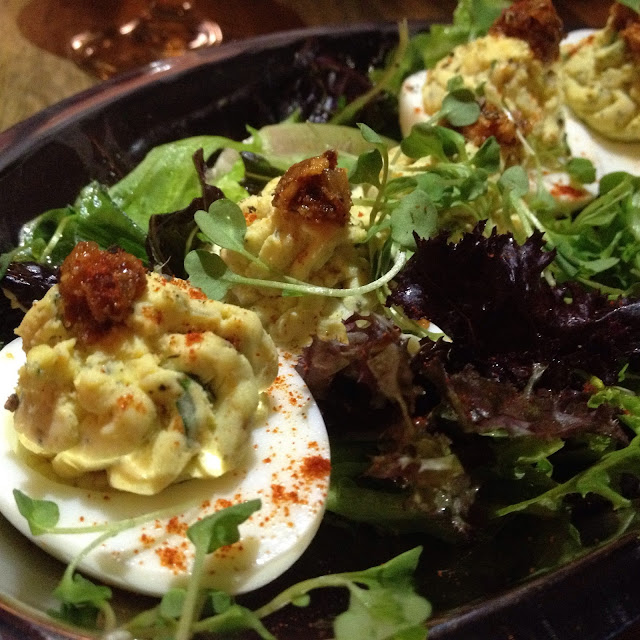 The menu is divided into neat little sections. I didn't try any from the "Bar Bites" section, but they offer chips and salsa, spicy candied nuts, truffle kettle chips and sweet cilantro wings. The Deviled Eggs were on the "Share Plates" menu along with roasted eggplant dip, stuffed criminis, spicy mango jalapeño quesadillas and an interesting nacho plate that I'm told is one of the most popular items - cauliflower nachos. They include roasted cauliflower, corn tortilla chips, jalapeño creme, cilantro, queso fondito, queso cotija jalapeño, pickled onion, creme fraiche - and chicken or pork carnitas can be added to it.

The "Soups and Salads" section includes a turkey and white bean chili, a kale and chicken salad, a roasted carrot avocado salad and a Korean steak salad in addition to the farmer's salad we tried. 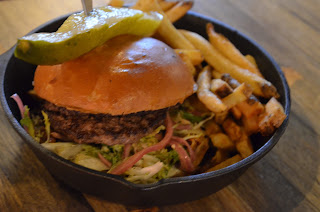 There's also a breakfast menu available daily from 11 to 3 p.m. and it's enticing enough to make the drive early in the day for one of their specialties, which include huevos rancheros, breakfast tacos, corned beef hash, biscuits and gravy, monkey bread french toast and more. On Sunday, they served brunch with a massive bloody Mary bar with a myriad of ingredients available.

Burgers and sandwiches make up the bulk of their business and from the "Specialty Cast Iron Burgers" section, we tried the Waldorf Burger, which was such an awesome, but unexpected blend of flavors. I mean, really...who puts dried cherries, candied walnuts and apples on a burger? Well, Punch Bowl Social does...and it's burger magic! 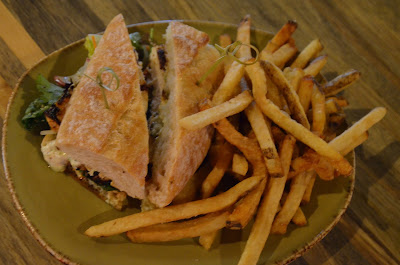 Under "Craft Sandwiches," we sampled the New Order Chicken Sandwich, which our wonderful server, Megan, recommended as her favorite It, again, had such a bizarre blend of ingredients, but it combined savory and spicy and salty all together and it worked so well. It was a chicken breast with mustard vinaigrette picked slaw, spicy aioli, radish, bibb lettuce, jalapeño creme on ciabatta. It's something I likely would not have ordered, but I'm so glad I tried it because it was fantastic. Our server didn't steer us wrong. 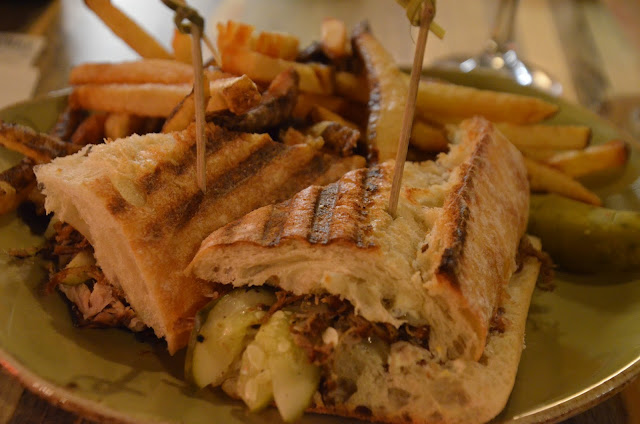 Also on that part of the menu was the Cubano. I became hooked on Cubans after seeing the movie Chef and now I have to have one whenever I get the chance. Wow. One of the best I've had. The tender belly ham, cocoa dusted pork, pickles, mustard cream and gruyere on ciabatta was very likely the best one I've come across. I just wish I'd had the appetite to have more than a couple bites. 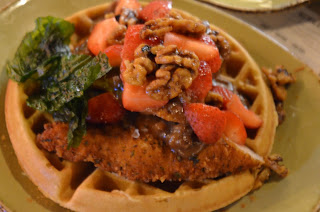 But, I wasn't done yet. Still to come were a couple dishes that were from the "Gastro Diner" portion of the menu and my favorites of the night. 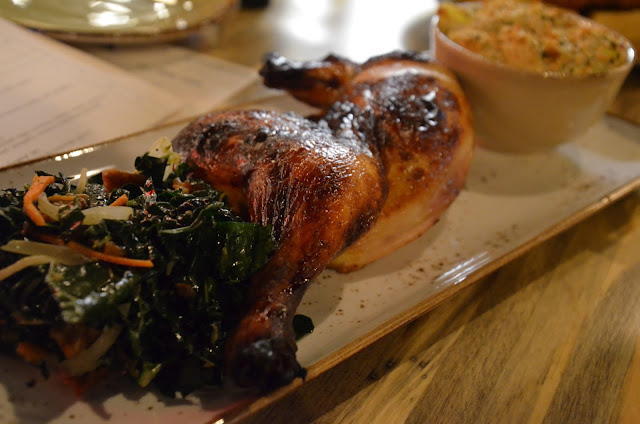 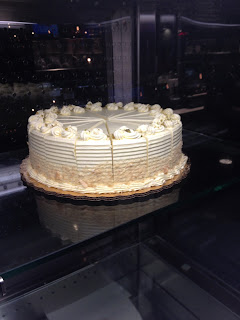 Last was Paul Bunyan's Sweet Tea Brined Chicken. Yes, SWEET TEA BRINED CHICKEN. You read that right. I love the creativity of this menu where you find versions of dishes that you just won't find anywhere else. While it is a spot for some great fun, the food definitely is the centerpiece of the establishment...even ranking above my favorite game ever - skee ball - that can be found in the lower level. Anyway...back to that extraordinary chicken. It's a 1/2 free range chicken served with a side of mac n' cheese and a kale/tangerine/tarragon slaw that I could eat every day. We didn't even attempt dessert after that line-up, but I could see the dessert case from our table and I wouldn't have turned my fork up to any of them.

There, of course, is a big focus on the mixology menu and the beverage director brought out three of their  "New School" signature drinks: the Bourbon Smash, the El Macho and the High Fashion. The Bourbon Smash has buffalo trace bourbon, muddled blueberry and lemon and house made blueberry syrup (and was my favorite of the three.) The El Macho includes el jimador reposado, muddled cucumber, house made cardamom syrup and fresh lime juice. The High Fashion was a refreshing and light cocktail with sparkling wine complimented with house made grapefruit syrup and fresh lemon juice. 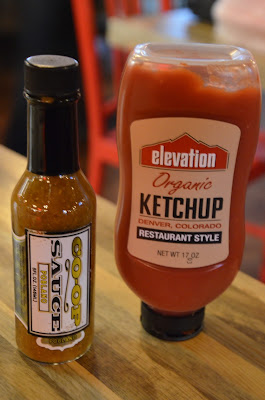 Also, if you're looking for vegetarian or gluten-free options, the menu has items clearly marked that fall into that category or can be adapted to meet your needs. Oh, and another thing that is worth mentioning - this the 6th location and they like to support independent, local guys as sources, including Co-op Sauce Co. (a Chicago company) and Elevation Organic Ketchup (from near their Denver location.) You can also buy several of their products to go, including these (oh, and that awesome jelly I mentioned earlier can also be bought by the quart.)

I just love the whole concept of the fresh and inventive dishes along with original, creative cocktails in an environment with so many opportunities for social connections. I mentioned bowling and arcade games, but let me fill you in a little more - the two-four lane bowling areas have "boutique lanes" meaning that they are a smidge shorter than a standard bowling lane. There's also a photo booth, pinball machines, dart lounge areas, bocce, ping pong, corn hole, skee ball, shuffle-board, a 4-man Pac Man game and other classic 80's arcade games as well as board games. Oh, and PRIVATE KARAOKE SUITES, which would be blast for a birthday party or other group outing. There's also an app called Rockbot, which is kind of like a juke box that you control from your phone - and you have the ability to bump other songs. It's been added at all of their locations. And the crown jewel of the place is the Bonzini - a unique Italian-made 8-man foosball table. 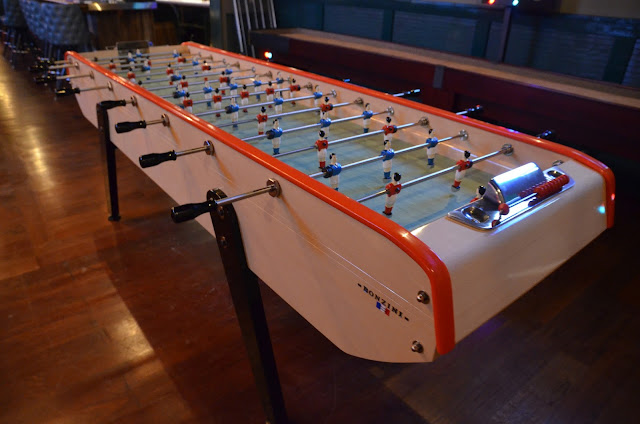 The decor is described as a modern/victorian/industrial/mountain lodge mix. It's casual. It's fun. It's inviting. It's got almost any kind of entertainment you can think of for such a venue, except that you won't find the latest video games there - you can count on the classics, like Galaga. Several more locations are in the works for 2016 as the company continues to grow as it has done in the three years since it began. 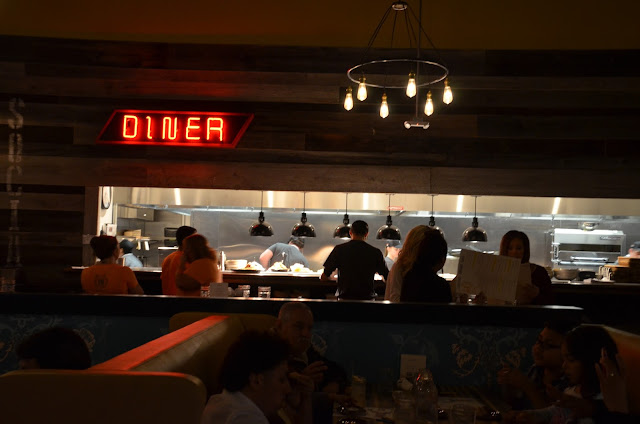 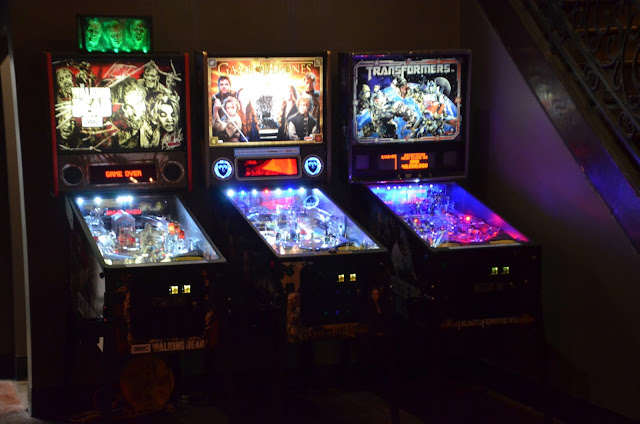 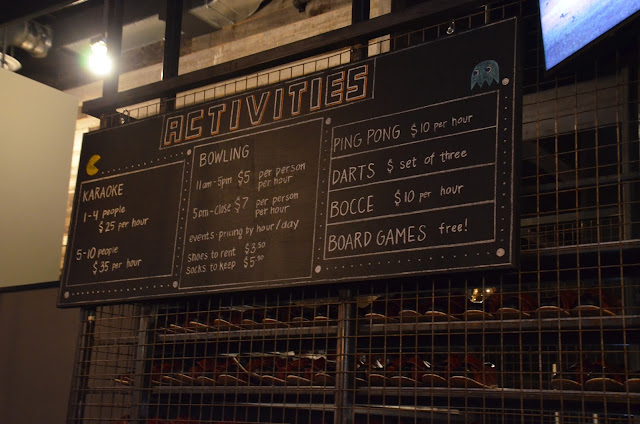 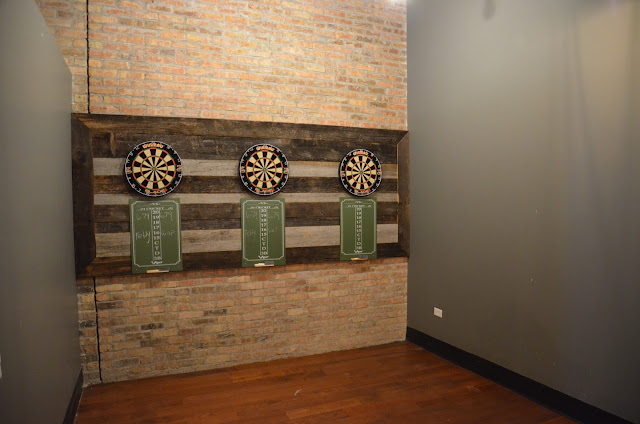 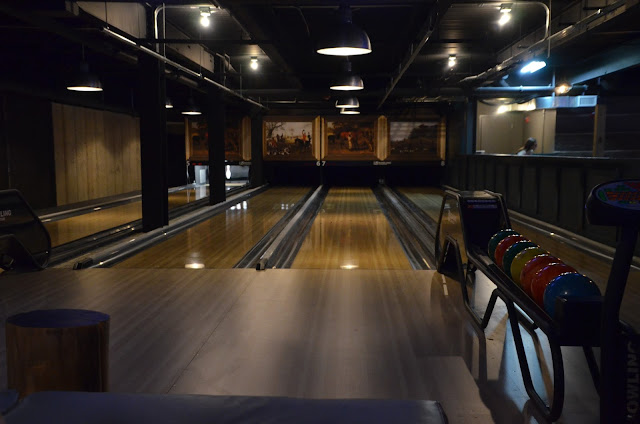 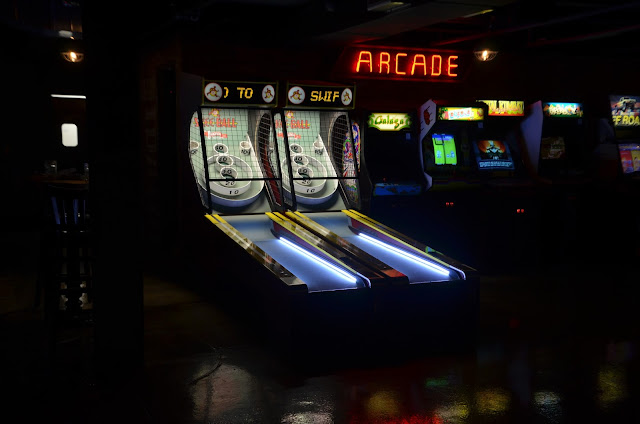