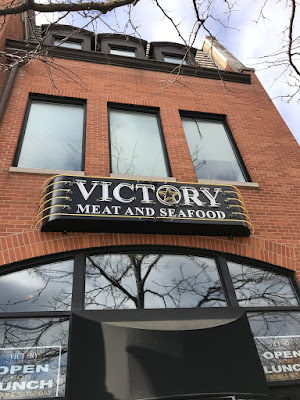 Chicago Foodie Sisters recently had an opportunity to visit the newly opened Victory Meat and Seafood. Located on York Street in downtown Elmhurst, the feel is sophisticated, yet cozy and the food runs the gamut from sandwiches and salads to oysters, filet and lobster tail - and there's an impressive wine list with something to match up with whatever you choose to order.

The new spot is co-owned and operated by Culinary Director Chef Joe Farina and wife, Yvonne. Both are certified sommeliers and Yvonne has managed front-of-the-house operations for some of the city's most iconic restaurants. Also a co-owner is Tony Gambino, Farina's longtime friend, who is the guy behind Armand's Pizza and several other dining establishments.

In their new space, they serve prime cuts along with seasonal fish. The restaurant features an oyster bar and cocktail lounge. The cocktail menu includes seasonal sips and old-school classics with wines selected from Italy, France, Spain and California and a selection of craft brews. 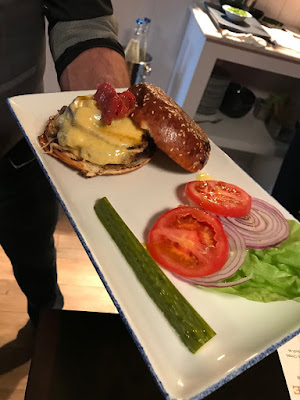 We sampled several of the sandwiches, seafood and signature items. We were there at lunchtime, so we were drawn to the sandwiches. Of the four on the menu, we tried two - the Lobster Roll and the Eisenberg Jumbo Steakhouse Dog - and I snapped a picture of the lovely-looking Cheese Burger Royale as they were heading to another table. The burger has burgundy onions and a butterkase cheese with oven roasted tomatoes. It looked quite decadent and I'd totally make the return trip just to get a taste of that burger. 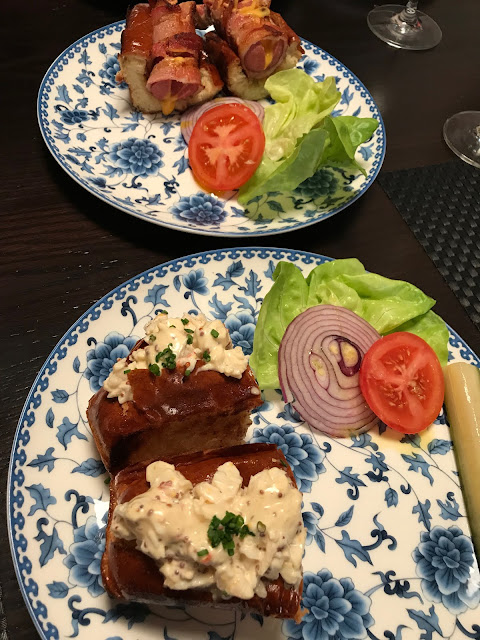 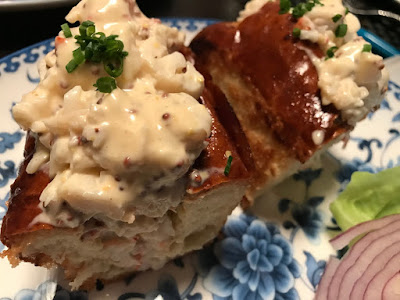 The lobster roll was fabulous, made with a dijon mayo and chives and served on a buttered New England roll that melts in your mouth. And how about those plates? Love that extra touch -- I always think food tastes better when it served on beautiful dinnerware. 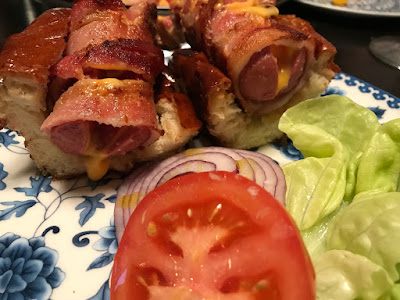 The hot dog was pretty dog-gone good - an elevated version served on brioche that is also stuffed with American cheese and wrapped in bacon. Puts our classic Chicago-style hot dogs to shame.

Be sure to order a side of the signature frites to go with your sandwich - we're talking total French fry perfection in a cute container with tongs to make sharing easier. 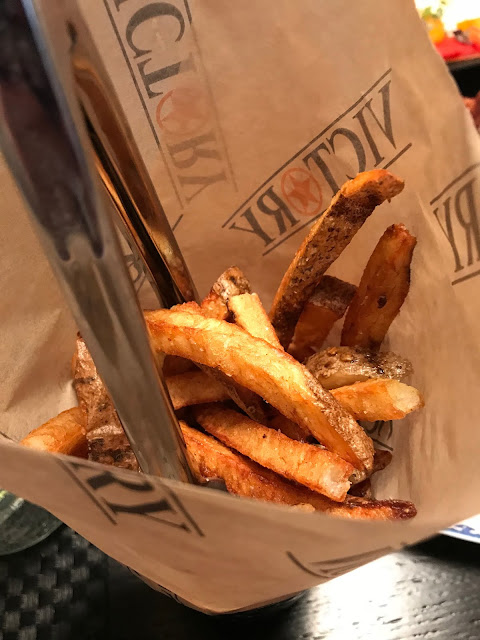 Aside from the sandwiches, we sampled some of the Beau Soleil oysters and some jumbo shrimp - just uber amazing. That's jalapeño pesto alongside the classic cocktails sauce. Yummo! 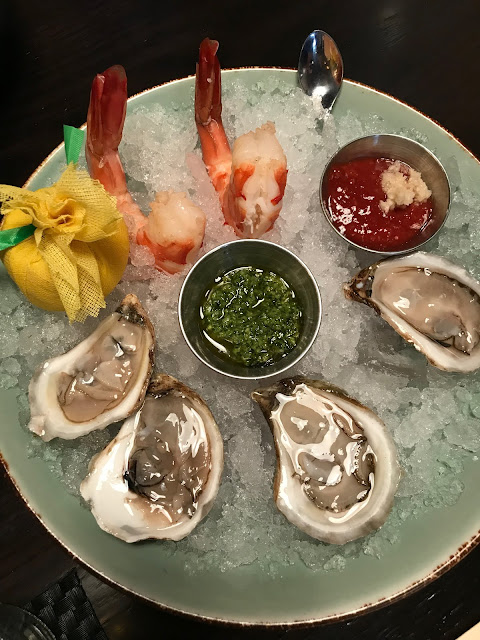 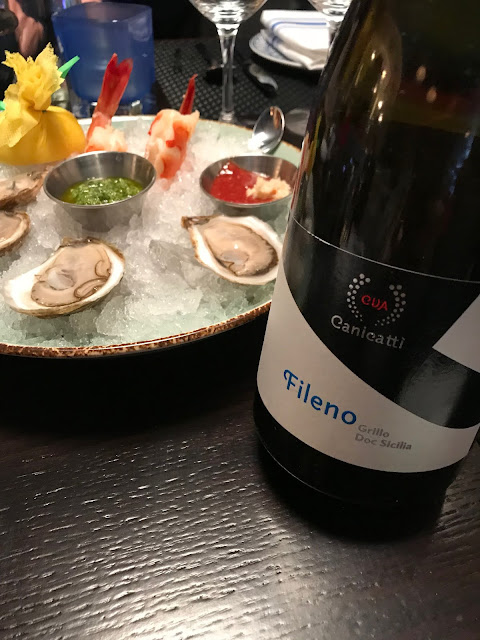 One of my very favorite items was the Imported Burrata with baby heirloom tomatoes, prosciutto San Daniele and grilled ciabatta. It was phenomenal. Hand me that plate and a glass of wine and I'll be a very happy camper. 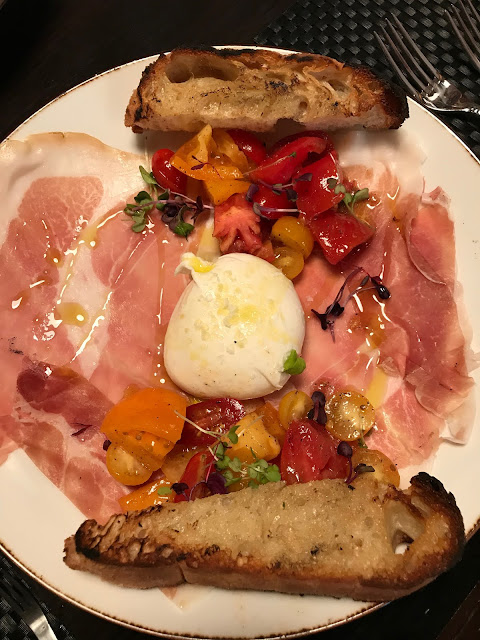 We also tried out the Chicken & Shrimp Francese, which had the most amazing white wine lemon sauce and the ooey, gooey Lobster Mac N Cheese. 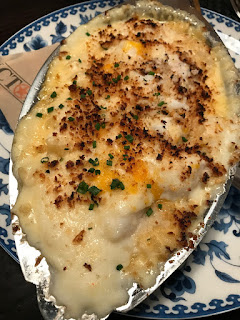 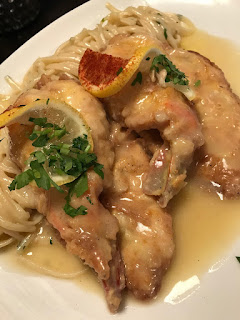 Oh, and this is the Lobster de Jonghe, which I didn't try, but looked and smelled wonderful. 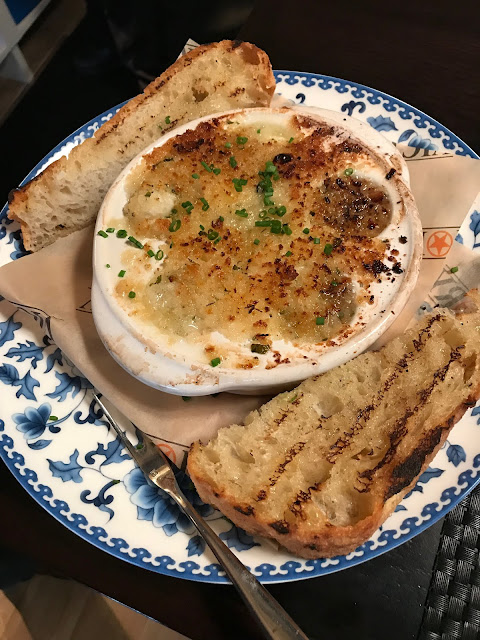 We happened to be there as they were doing the ribbon cutting. They got a warm welcome from the Elmhurst Chamber of Commerce. 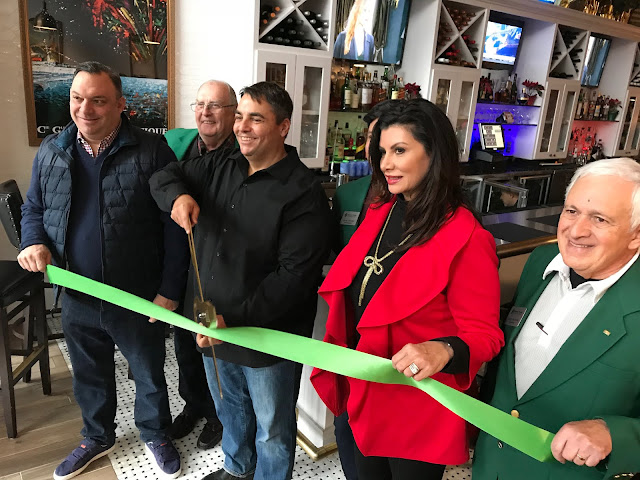 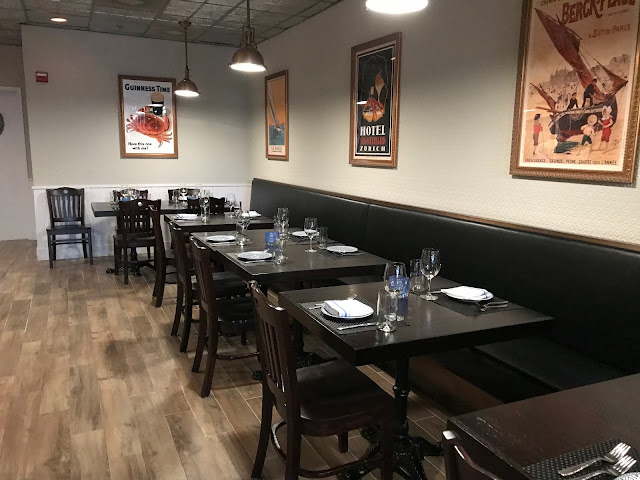