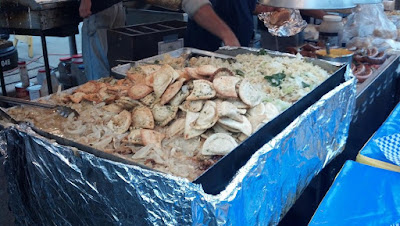 There are summer festivals and then there is the quirkiest fest in the Midwest - Pierogi Fest. I'm a big fan of it, of course, because it is a big celebration of food - the little Polish dumpling that I am so fond of. But, there's much more to the fest and one part that is not to be missed is the parade. It's like nothing else you will ever experience! So, go for the parade and stay for the food and music. This is a big year and they're celebrating their 25th. 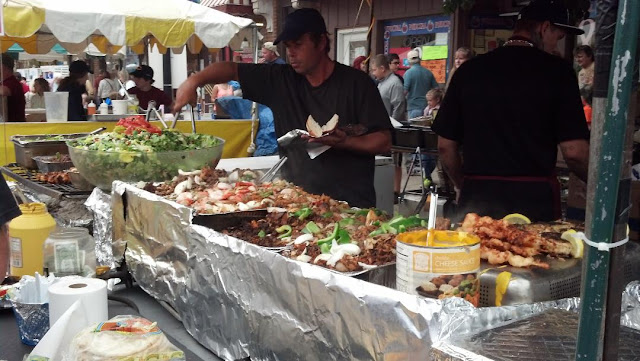 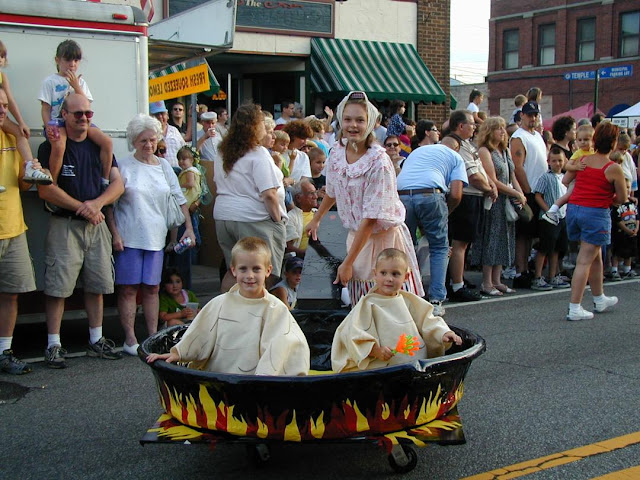 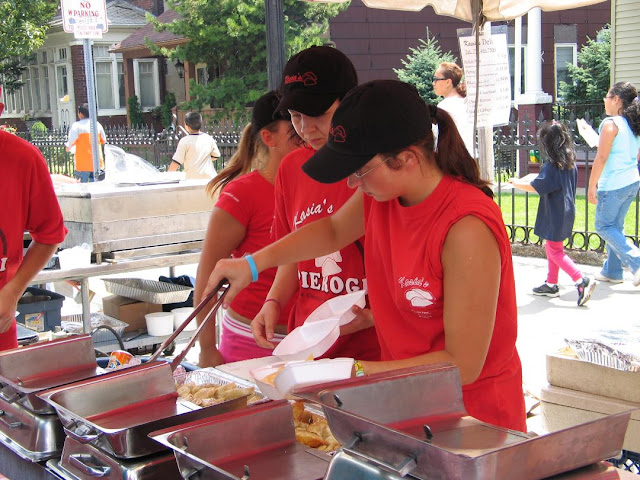 Whiting, Ind. (July 16, 2108) - For 24 years, Pierogi Fest®: July 27-29, has delighted attendees all kinds of off the wall humor, great food, entertainment and an atmosphere that no one else can duplicate!  This nutty, off-the-wall festival has won all sorts of acclaim:

Hungry, well, once again, the festival will serve up massive amounts of food, with almost 90 food booths- one of the largest food festivals in the Midwest! The festival offers pierogis that have been deep fried, boiled, fried and baked, stuffed with everything from cheese to meat, to even alligator.  Food vendors come from: Pennsylvania, Ohio, Michigan, Minnesota, Tennessee and Florida, as well as Indiana, Illinois and the Chicago-Northwest Indiana area.

The 25th annual parade (yes, the parade is one year older, but this is Pierogi Fest) is even more bizarre that the festival, and held on Friday evening at 7 PM, featuring entries like the Slovak Saw Horse Mounted Brigade, the Dance of the Plum-Butter Fairies, the World Famous (Anything but) Precision Lawn Mowing Team, and the Babushka Brigade.

The festival operates 5 performance stages, with just about every genre of music, from rock to contemporary, to folk, and plenty of polkas. The festival also features ethnic dancers and quirky contests like the pierogi toss and pierogi eating contest.

The World-Famous Beer Garden sponsored by Horseshoe Casino will accommodate thirsty attendees. According to Indiana Beverage/Miller Brewing, the Beer Garden is one of the largest in the State of Indiana. A family beer garden area will operate during the entire festival and be accessible for the convenience of families, located next to the children’s area so that parents and children are not separated.
We also feature the Wine O Cheese Garden (Is it: Wino Cheese, Wine O’ Cheese, or Wine Cheese with a O in between- you figure out what to call it) located at Central Avenue, featuring wine, craft beer and cheese from 4 different companies. This area has become a quick crowd-pleaser!

The Arts & Crafts Area features more than 60 vendors located along Temple Court and Clark Streets. And don’t forget the Chamber of Commerce’s Bizarre Souvenir Bazaar for some of the best and zaniest memorabilia you will find.