I've written before many times how much I love the city of Whiting, Indiana. It's a lakefront community just over the Illinois border and east of Hammond. The city has done amazing work in upgrading Whiting Lakefront Park, which sits beside Whihala Beach. There's paved walking paths, a pier, a park, a pavilion and more and it's one of my favorite spots to go to just decompress. I love spending time by the water and I love the unique views here, where you can see across Lake Michigan to the city of Chicago and make out the image of the skyline and on the other side see the smoke and lights of the industrial skyline of Indiana. 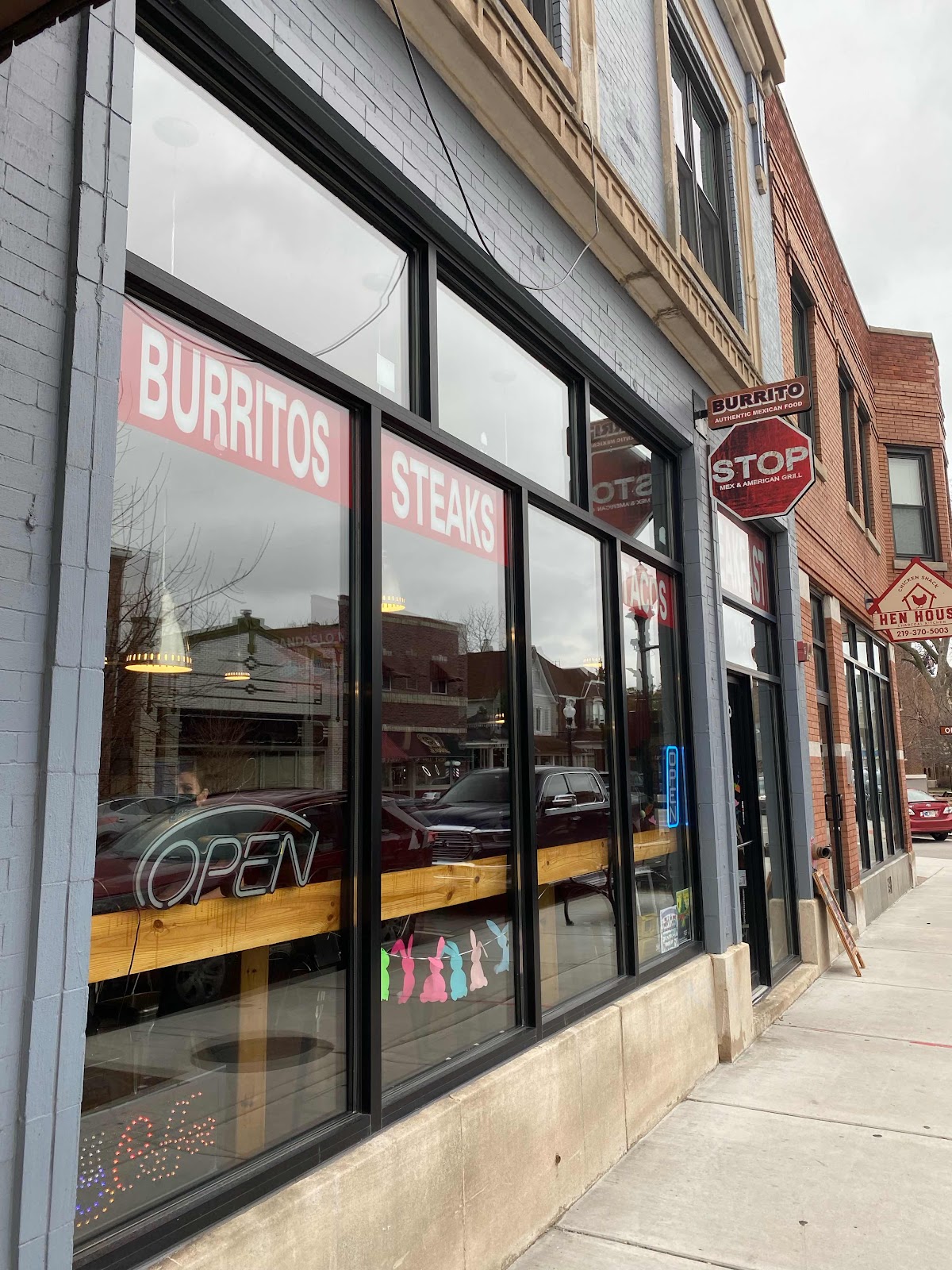 Whiting's main street, 119th Street, is lined with little shops and eateries, a brewery and historic movie theatre. At the end is a baseball stadium where collegiate baseball is played and a hands-on children's museum, the Mascot Hall of Fame Museum. In the summer it is a busy, bustling place. In the off-season, it's a little slower and laid back. That's one bonus to spending time out there on a cloudy, drizzly, chilly day is that it's less crowded and a little slower-paced.
So, I was out there this past week on a pretty gloomy day. Cold. Windy, Chilly. Rainy. And I noticed a restaurant I hadn't tried before, so I pulled over. It's called Burrito Stop Mex and American Grill. It was a weekday afternoon a little after two when I went in and it was empty. By the time I left, the place had filled up. School was out and teens piled in for an after school meal. Adults walking by popped in. With the first bite I could see why it's such a popular place. 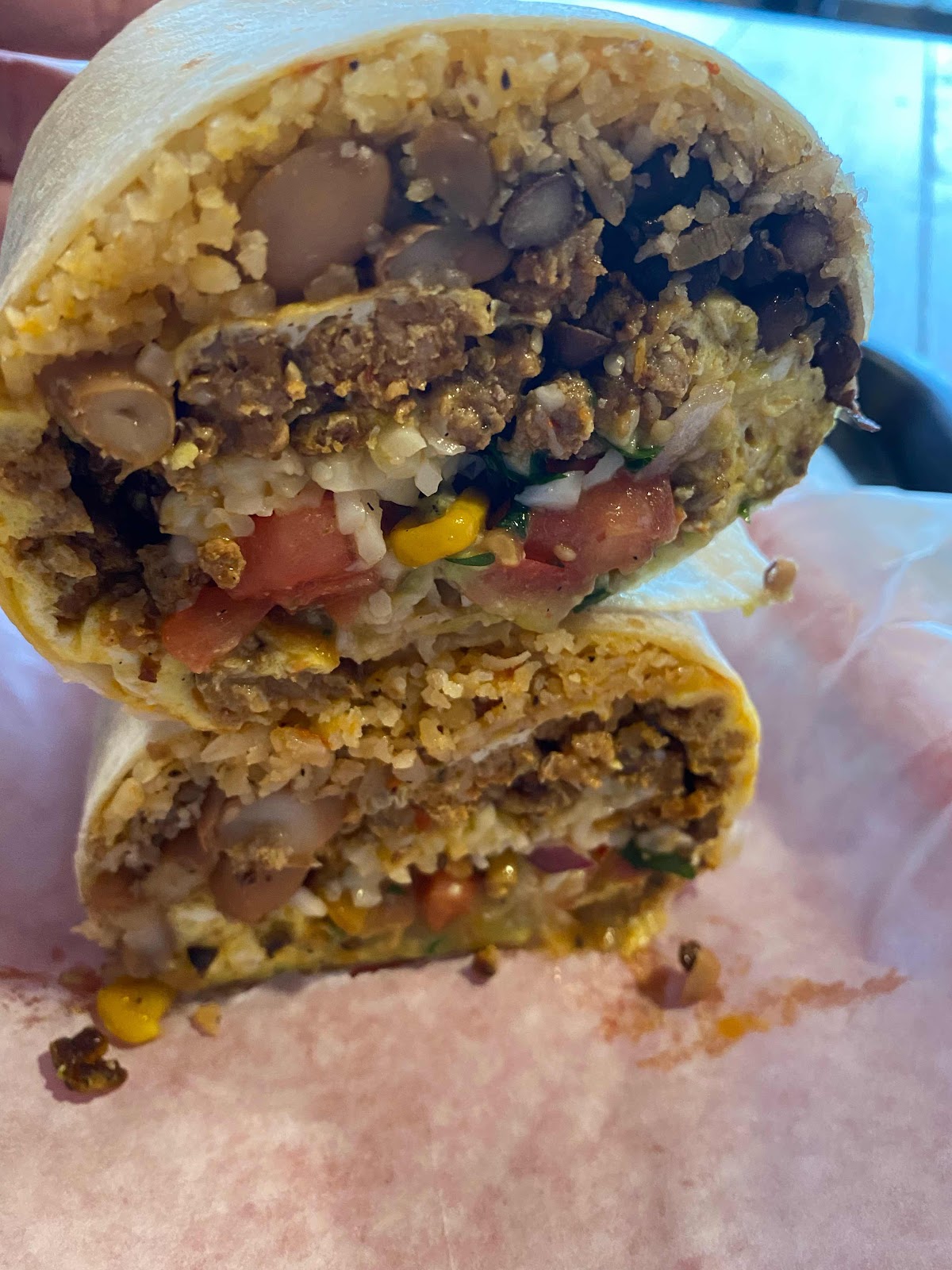 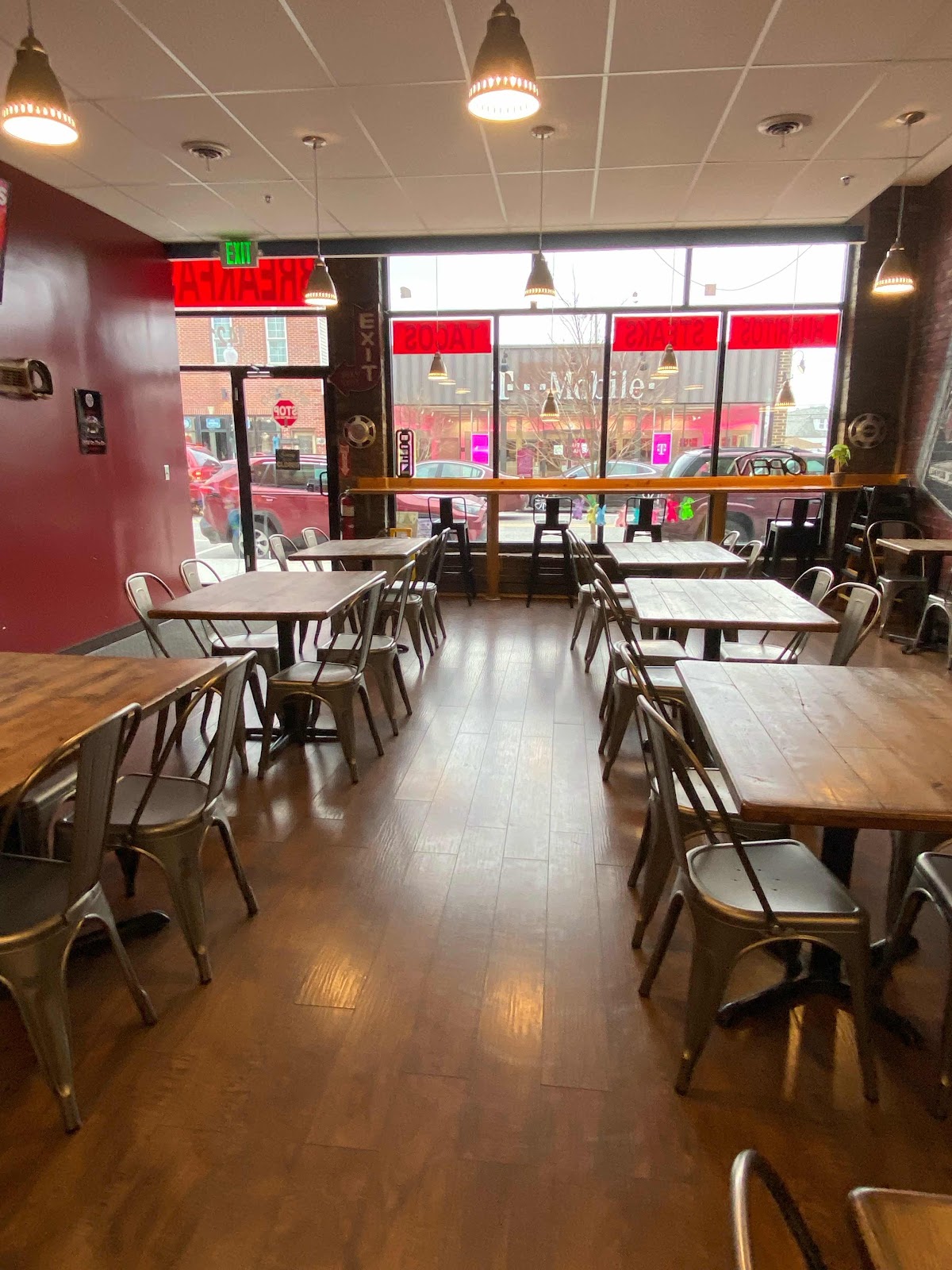 I really had never had a burrito until about a year ago. I'd had lots of other Mexican food at many different Mexican restaurants and just always picked other items off the menu. Burritos seems too huge for me, but I've since learned that they are great as leftovers, so when I get one now, I eat a third or half and the rest goes home for another meal. I especially love breakfast tacos and although I was there in the afternoon, I was craving some eggs in mine. Since they weren't busy at that point, they were happy to whip up a breakfast burrito for me.
I've really come to love burritos in recent months. They're so versatile and you have so many options of what to fill it with. It's a canvas waiting to be filled with lots of fresh ingredients. This place was quick, everything was fresh and it was a perfect blend of flavors all melted together. Glad I decided to stop and try a new spot. You should try it out if you make your way to Whiting. 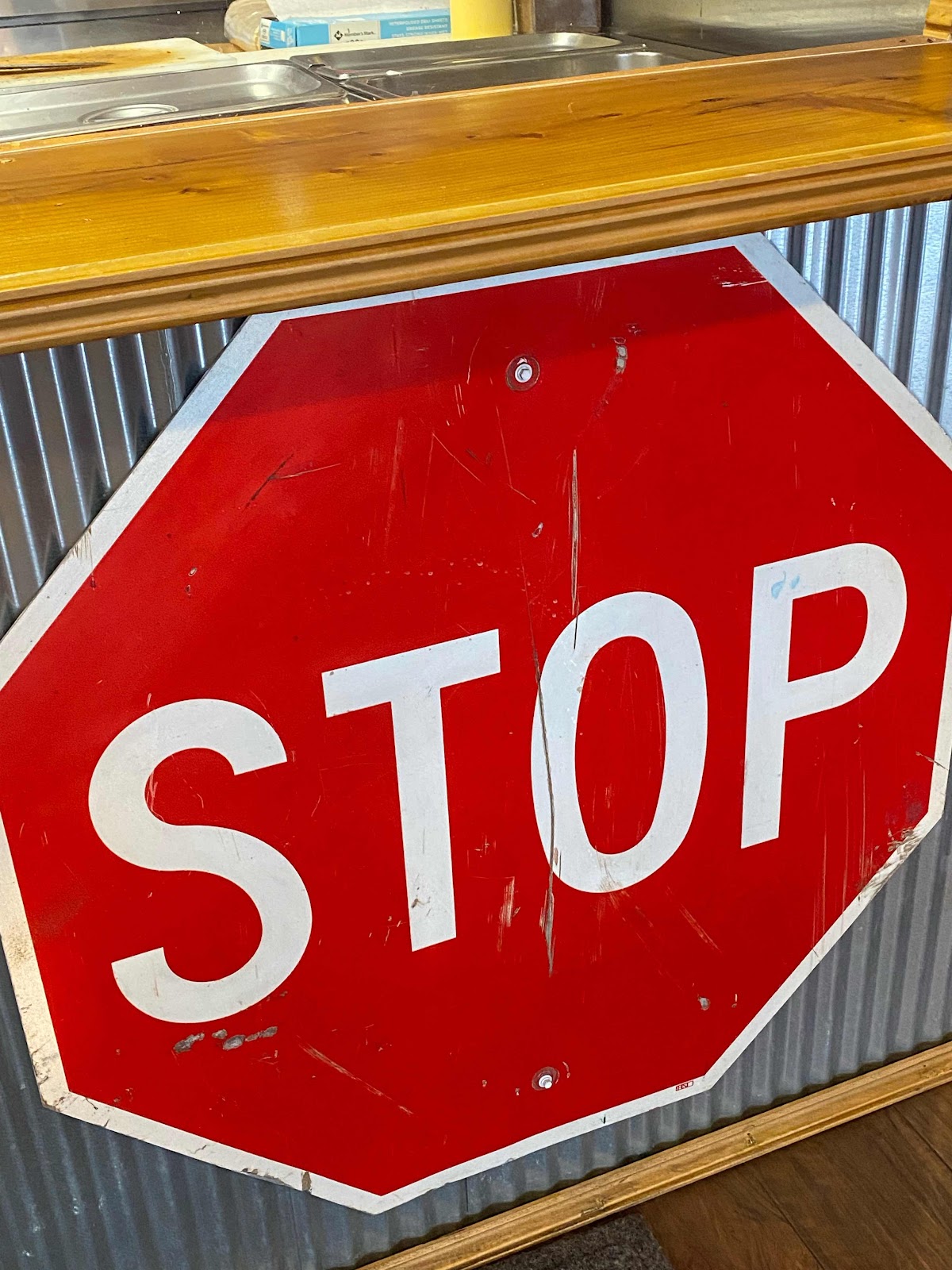 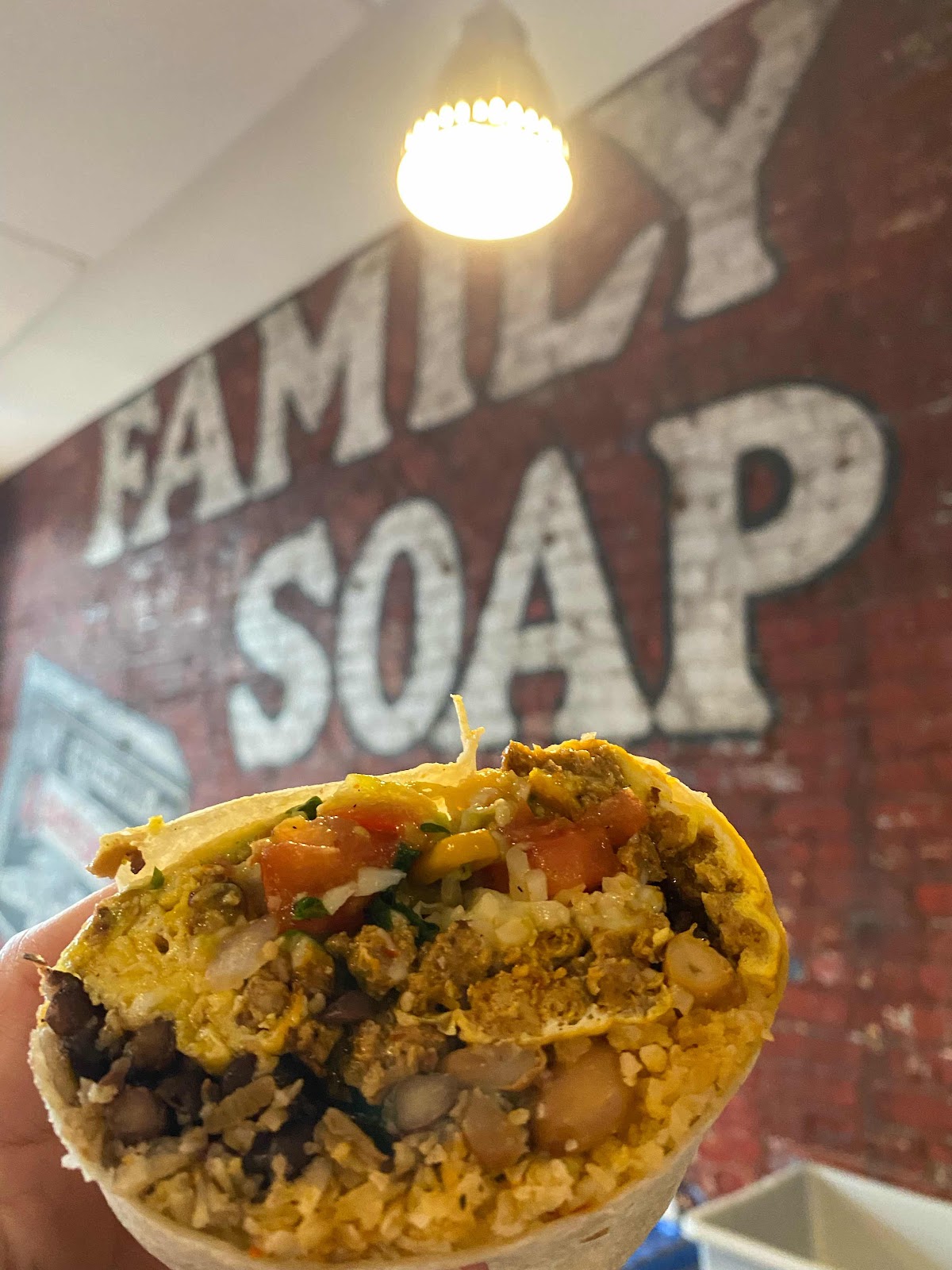