Pizza Margherita on the grill 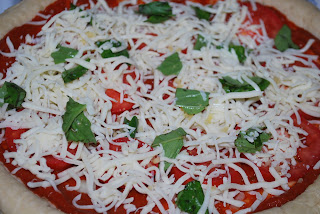 In the summer, we do so much cooking on the grill and I've found that there are so many oven meals that can be adapted to grill cooking. One is pizza. In fact, I've come to like it more on the grill as it seems to crisp the crust just the way I like it.

On a recent summer eve, I made up some pizzas to throw on the grill and eat out on the patio. I made portabella pizzas and used some Flat out flatbread for a crust for another. But the first one I made was pizza margherita. 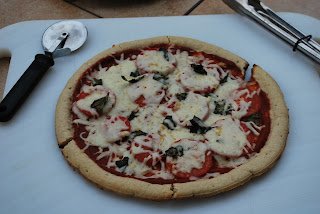 1 pizza crust (I used the pre-made crust from Aldi. It's around $2 for 2 crusts, can't beat it.)
2 teaspoons pizza sauce
1 large or two small roma tomatoes, sliced
red or white onion, slivered
1 clove garlic minced (or I often buy minced garlic in a jar from Aldi - use about a 1/2 tsp.)
A couple squirts of fresh lime juice
1 cup shredded mozzarella
5 or 6 fresh basil leaves, torn

Layer ingredients in order listed. Put on a hot grill (heated to about 400 degrees) for about 10 minutes or until cheese melts. 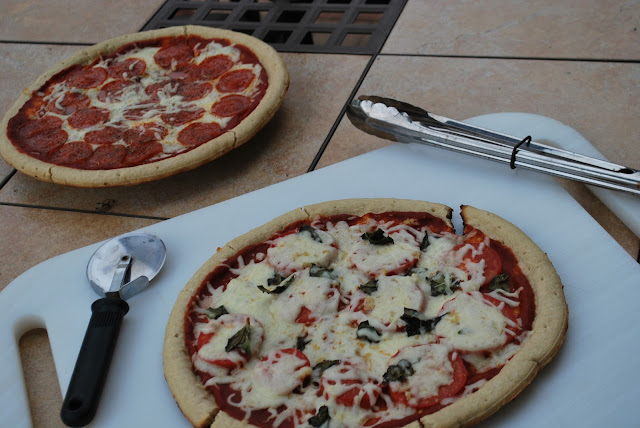