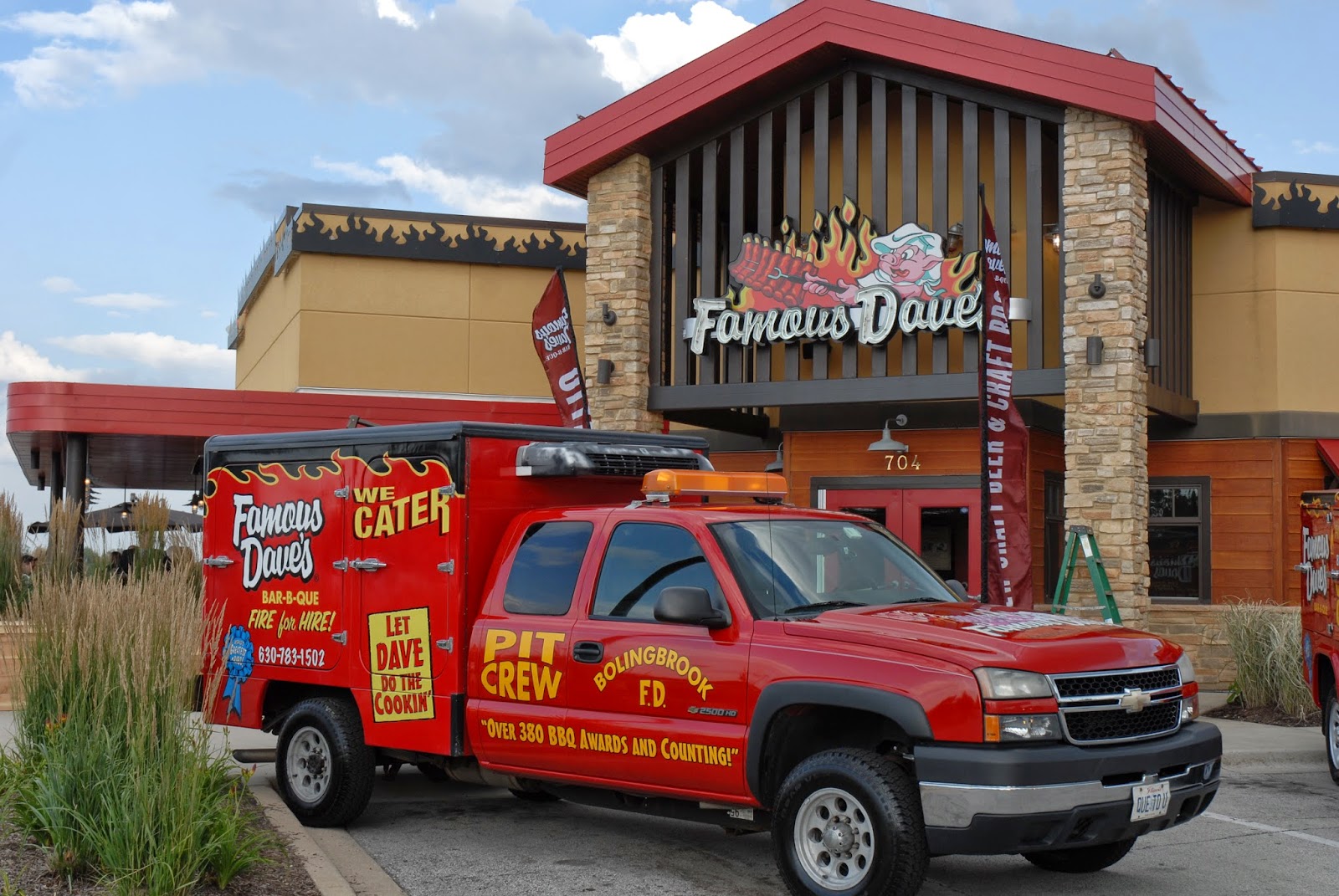 So, hubby started out with a draft craft beer flight. They've got a new menu of craft beers with some great varieties like Dogfish, 2 Brothers and Revolution. 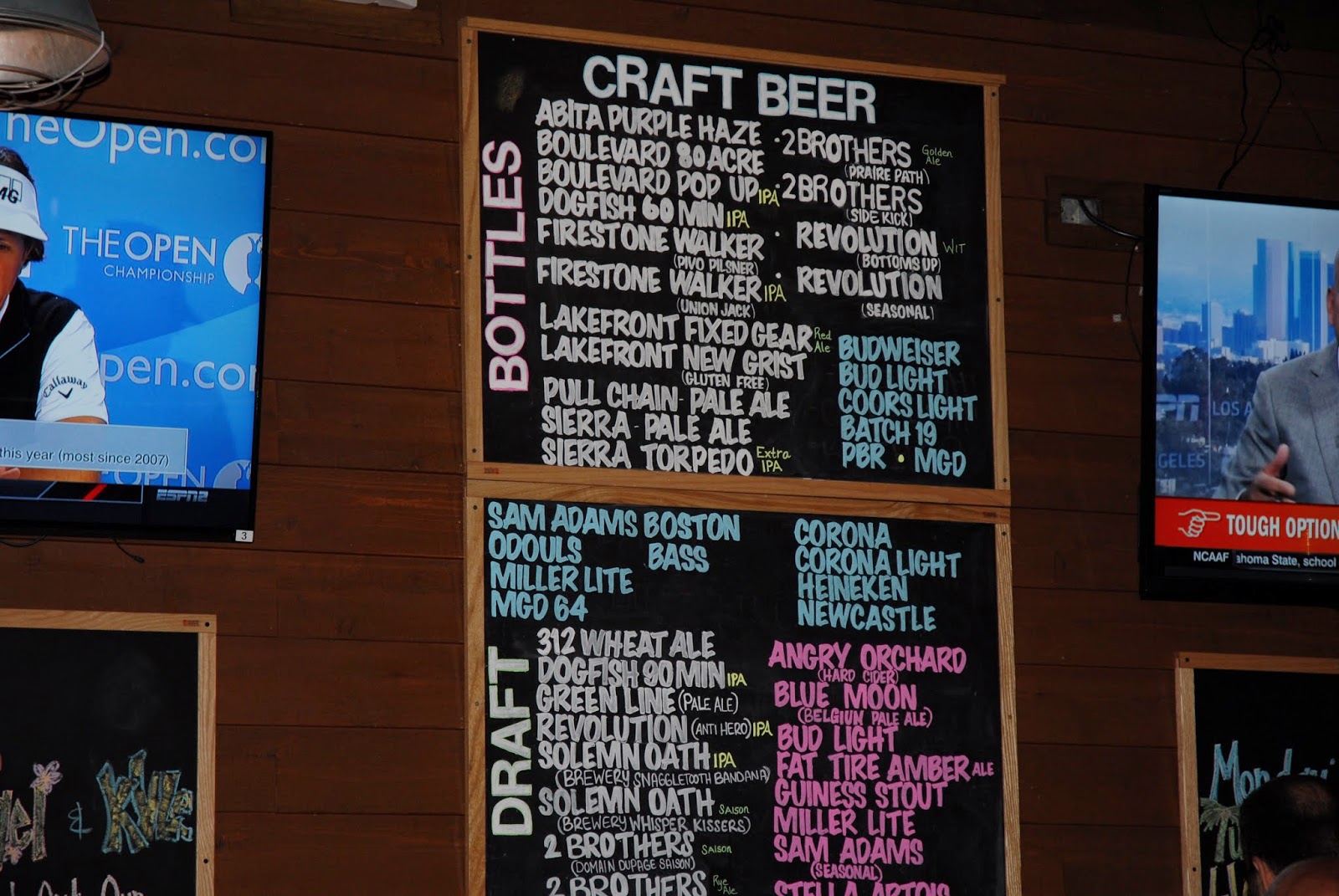 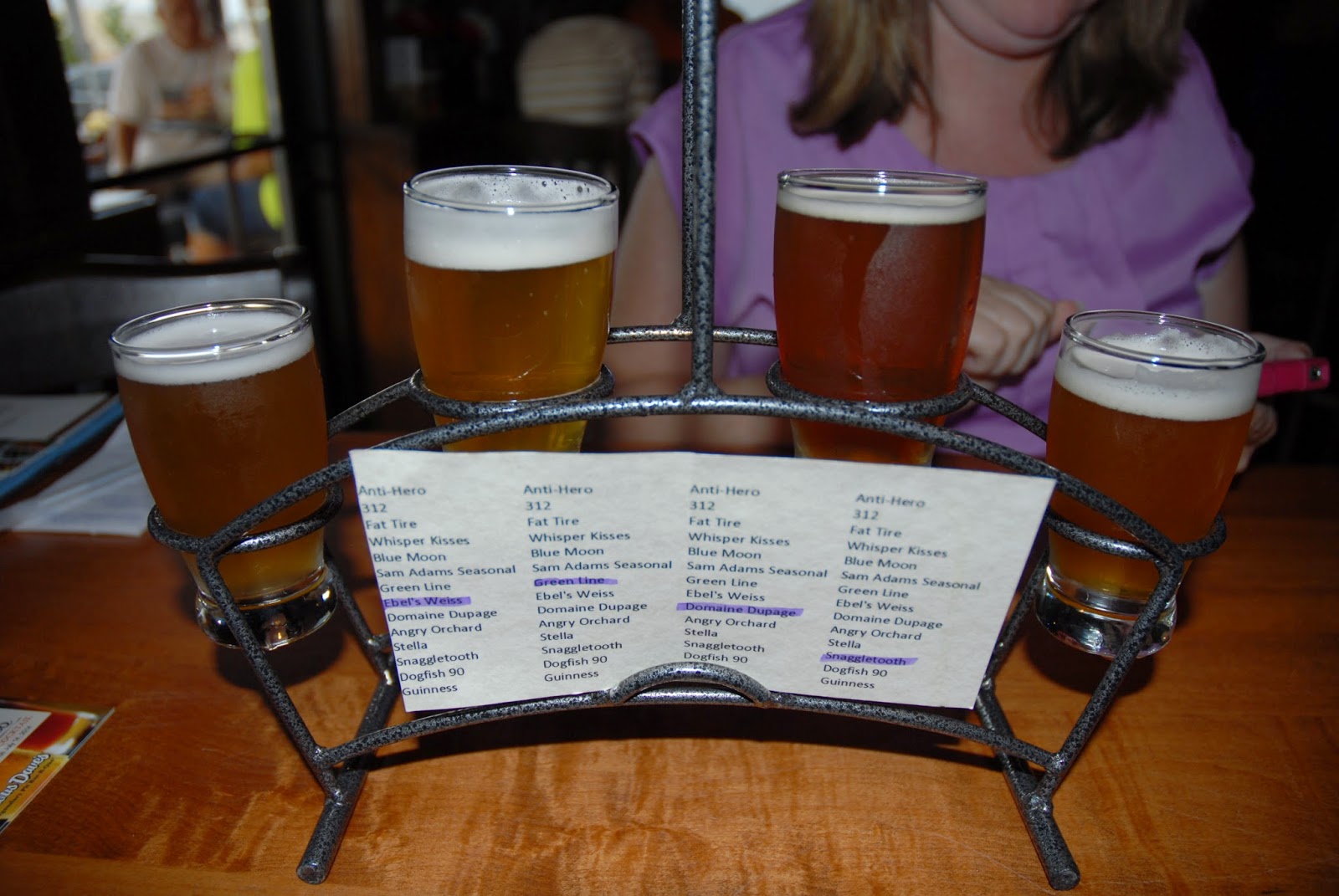 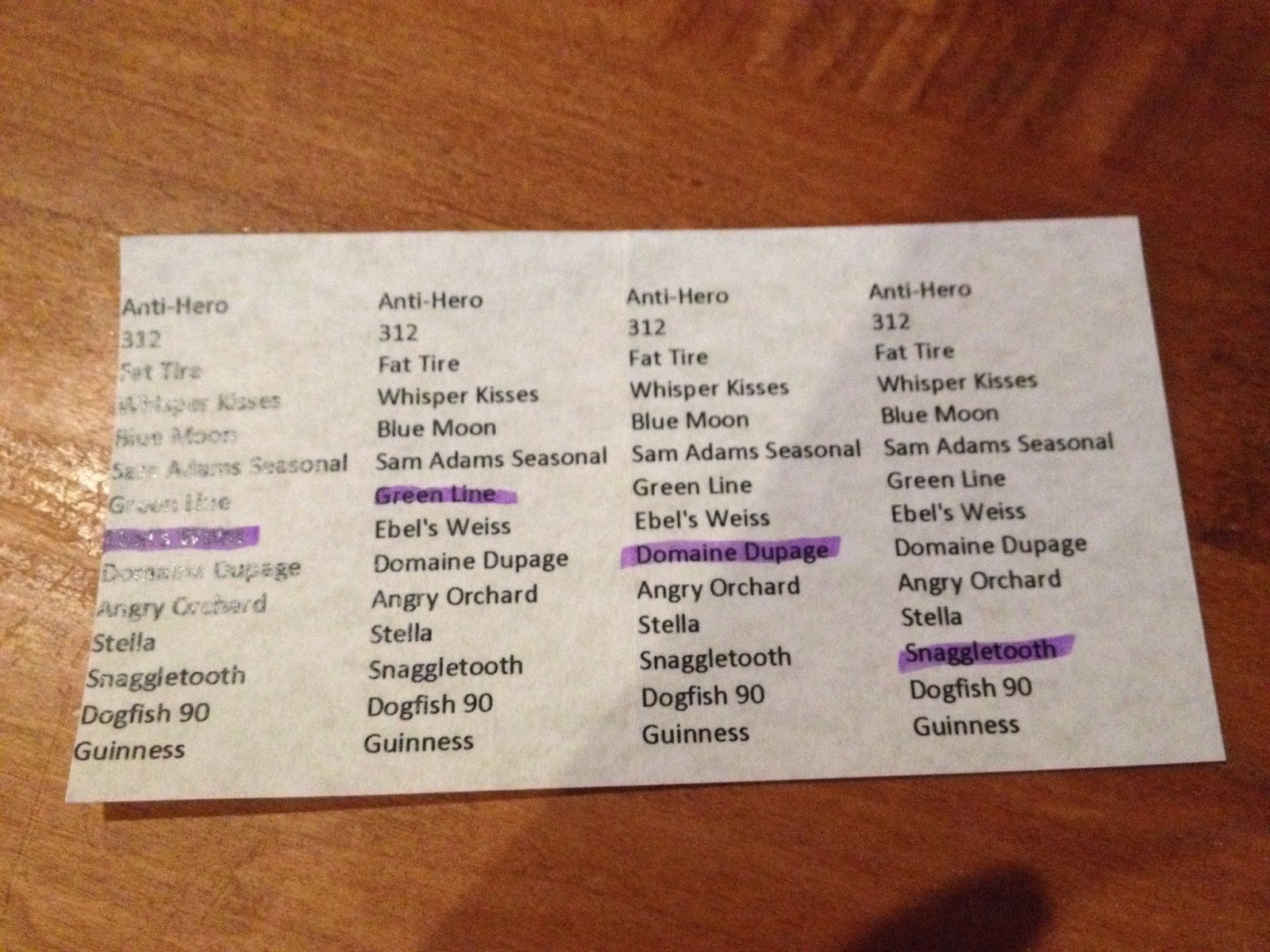 I tried out a Boulevard 80-Acre wheat beer. It was perfect with the bites we tried. 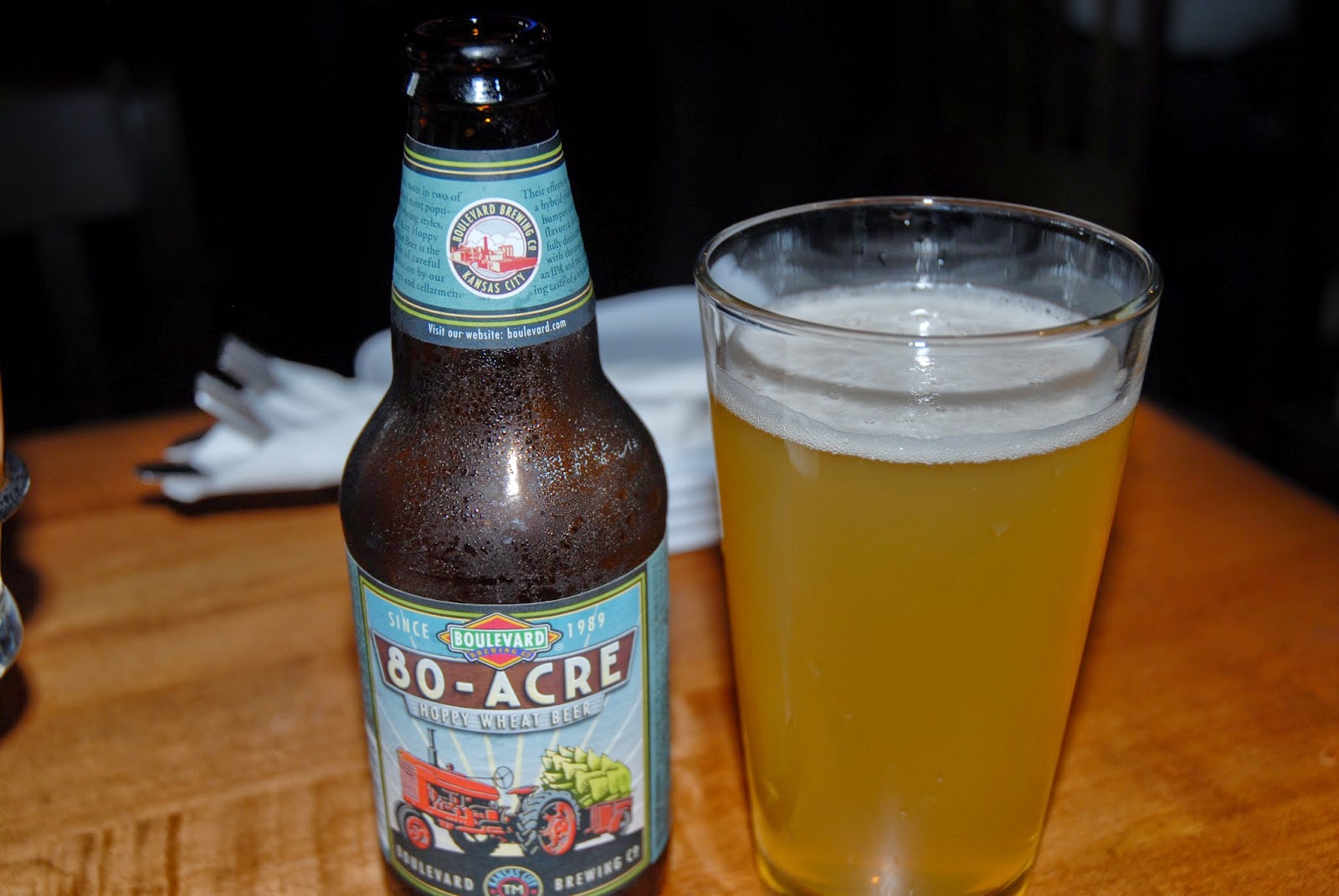 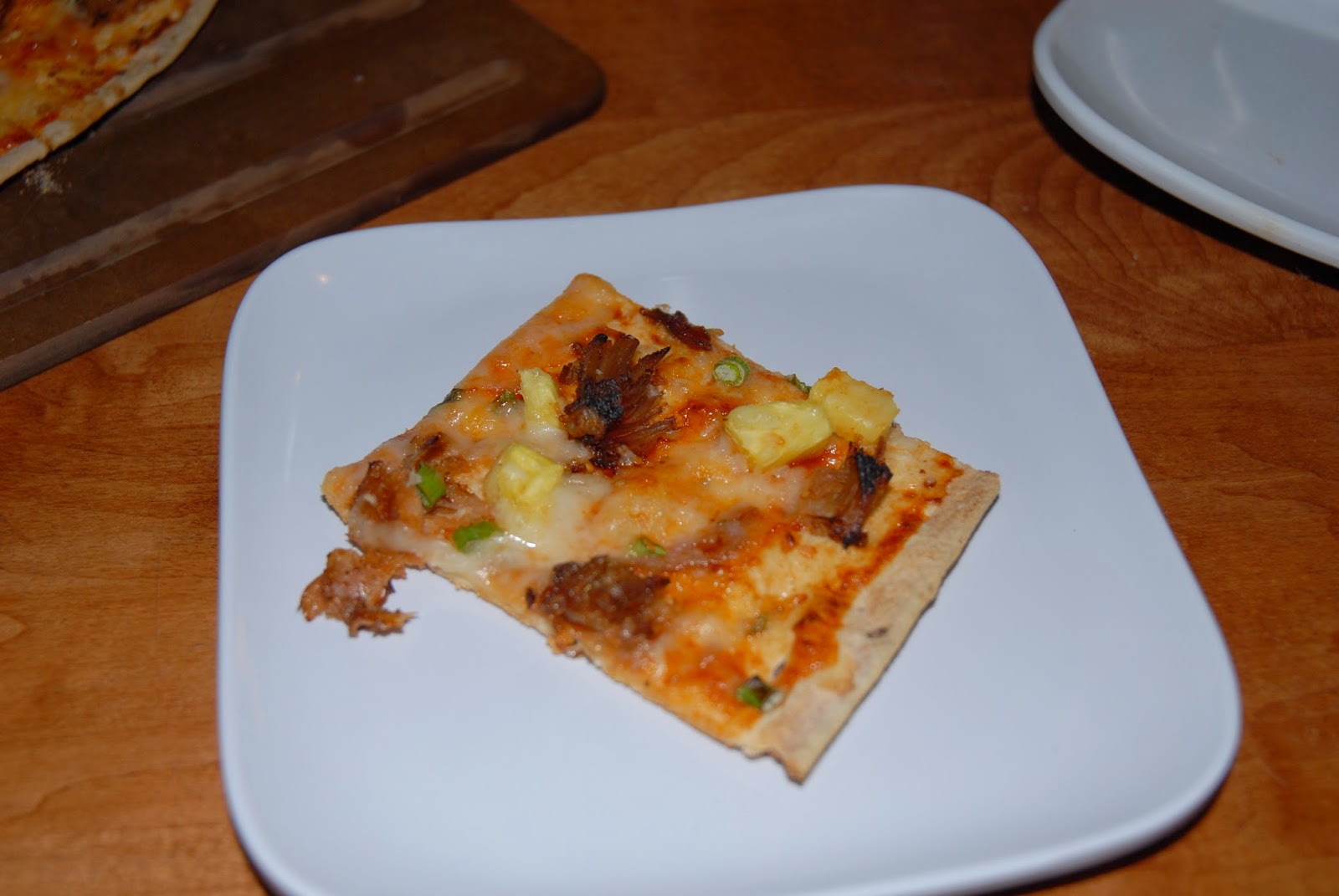 Along with that craft beer flight, we started out with four of the new small bites items to try out: the Hawwiaan Flatbread, the Brisket Taco, the Buffalo'd Bones and the Southwest Chicken Salad.

First was the flatbread, which included shredded pork, a zesty bbq sauce, green onions and pineapple. I LOVE pineapple on pizza and with the sauce and pork, it was a refreshing touch of sweetness that perfected it. They also offer a smoky bacon bleu variety of flatbread. 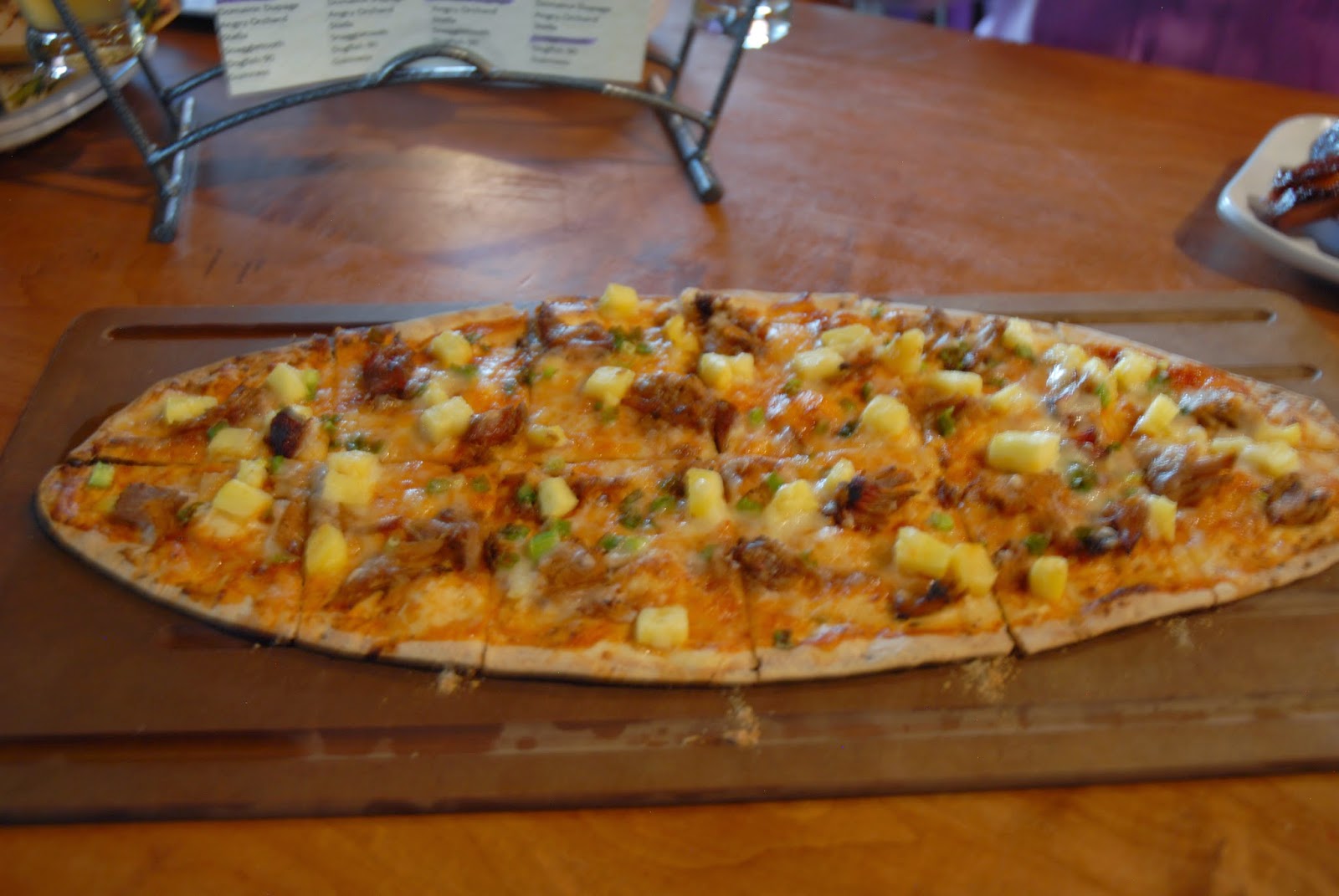 The brisket tacos were fabulous. I had to remove the hot peppers since I'm not the most tolerant of major heat, but once those were gone, so was the heat and I loved the remaining ingredients. The were served on a soft shell with some fresh pico de gallo and cilantro. Muy bueno! 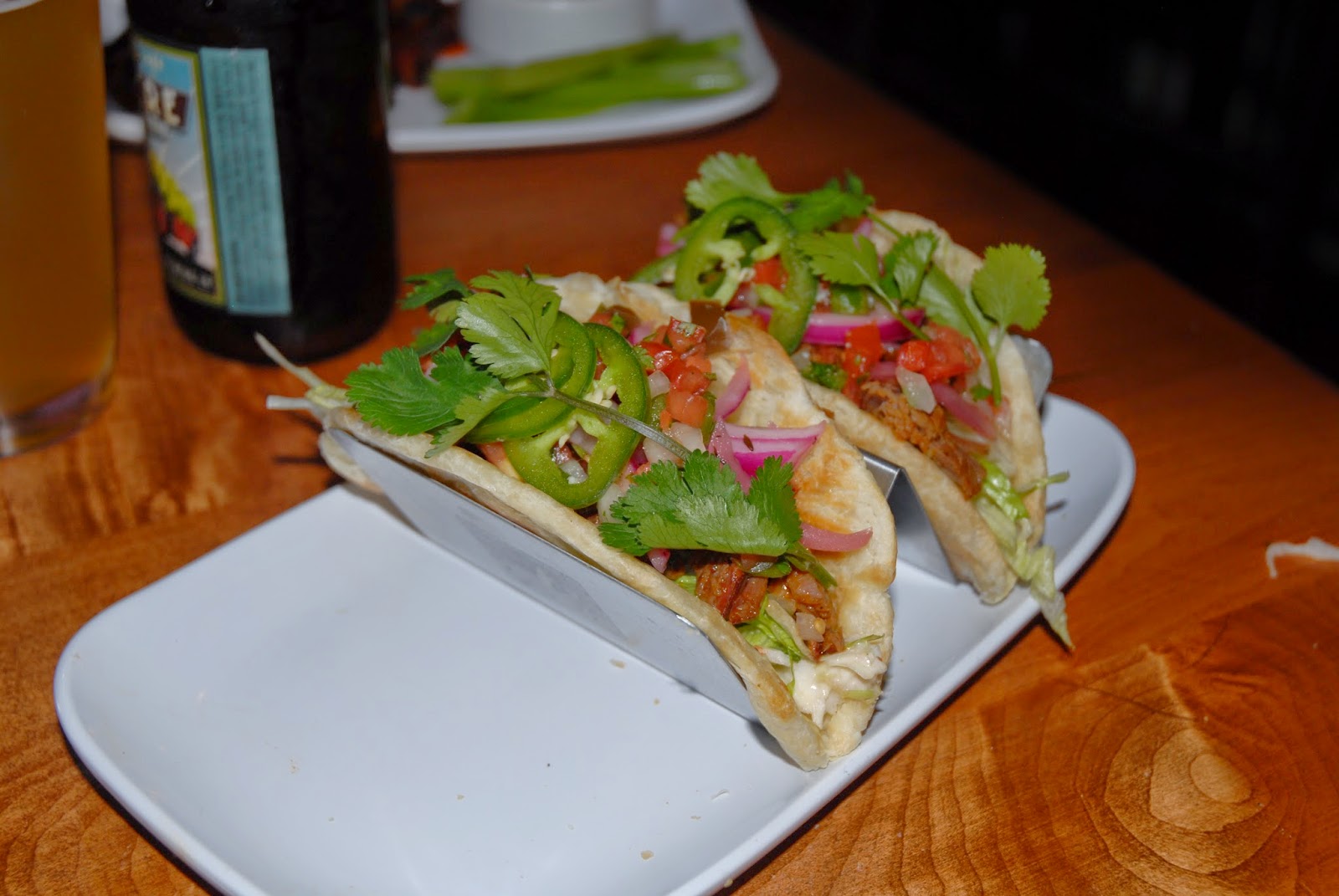 Now, although I'm not big on major heat, I do like a little. These slow smoked center-cut St. Louis-style ribs had such awesome flavor that I ignored the heat. It caught up to me on the second one, but I couldn't stop. Served with celery and some house-smoked bleu cheese, they'll make you ditch the buffalo chicken wings for good. 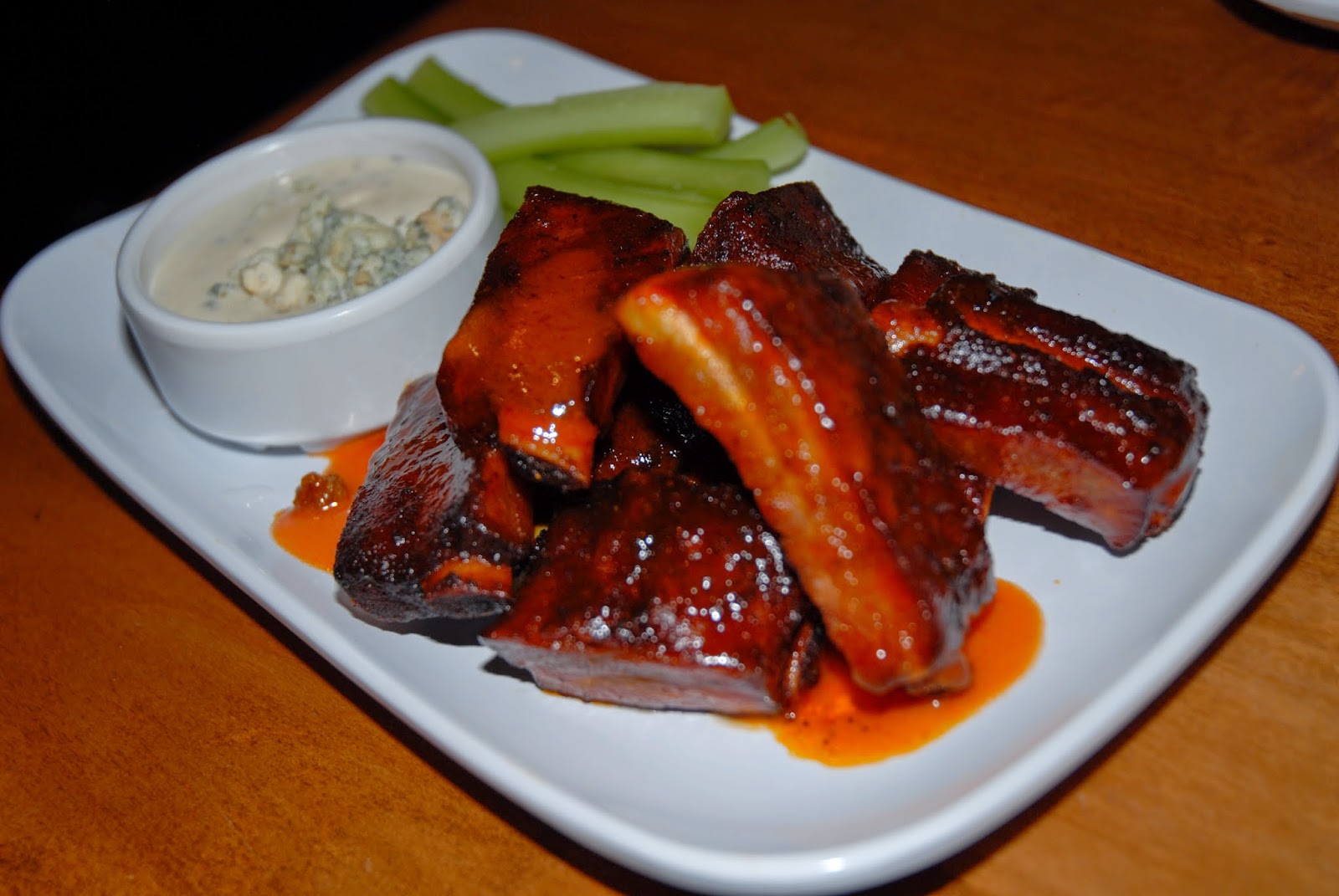 Our final pick for our first round was the Southwest Chicken Salad. As I read the description, they had me at avocado. Seriously, I'd eat just about anything if you threw some avocado on top. Our very sweet and attentive server, Jillian, suggested this as one of her favorites on the menu, too, so I was anxious to give it a try. It was served in lettuce cups with some shredded chicken and tortilla strips on top. Totally loved this - again very refreshing with the avocado and just enough of a kick. 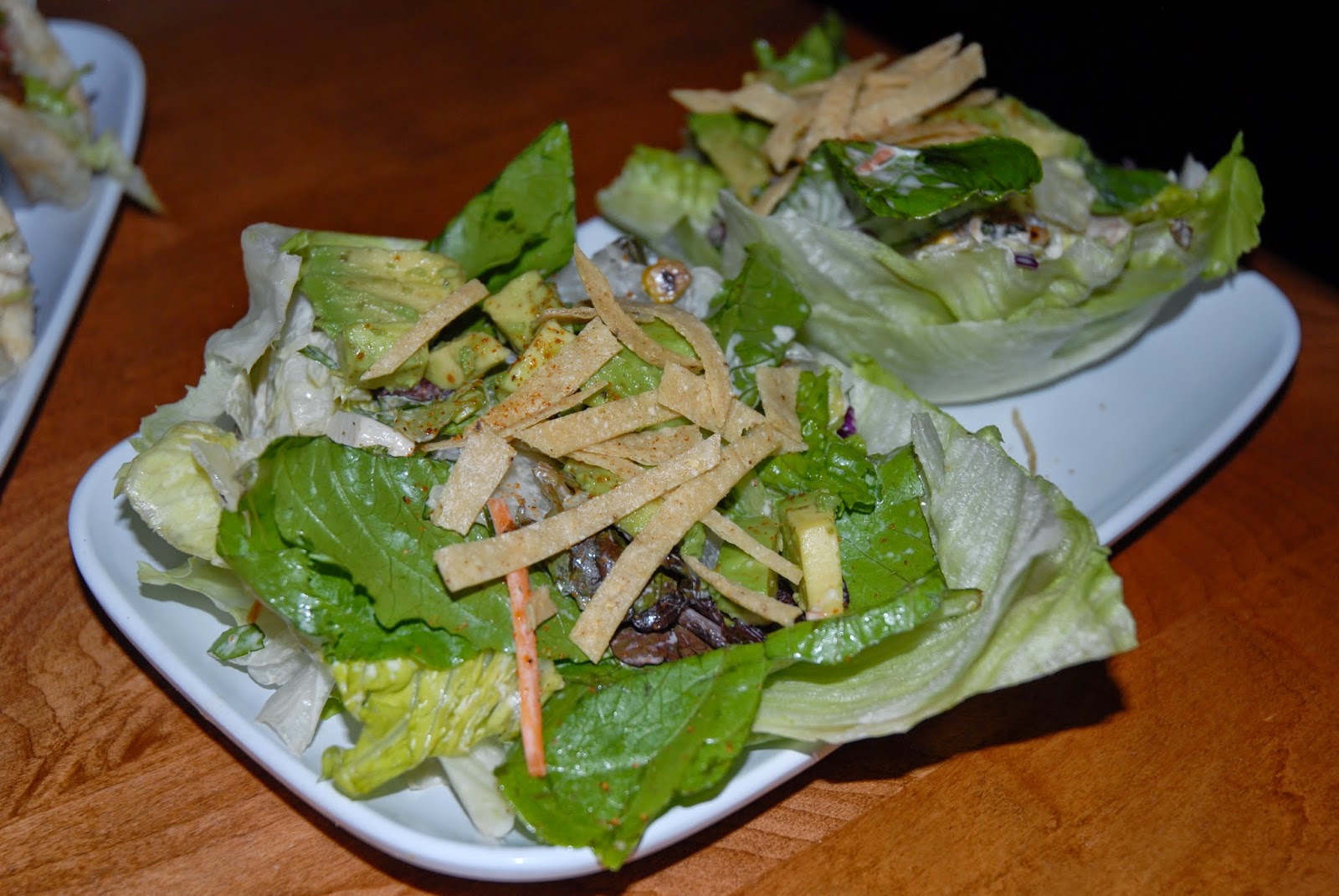 By the time we were done that evening, we had tried nine of the fifteen items on the FD's Modern Barbecue Bar Menu, so way too much to share in one post. Watch the blog for more on our visit and the new menu items.

Right now the Bolingbrook location is the only one where you'll find this new menu, so head over to be one of the first to check it out! There's a great variety of items, so you'll find something for everyone and items on this menu start at just $2.99! 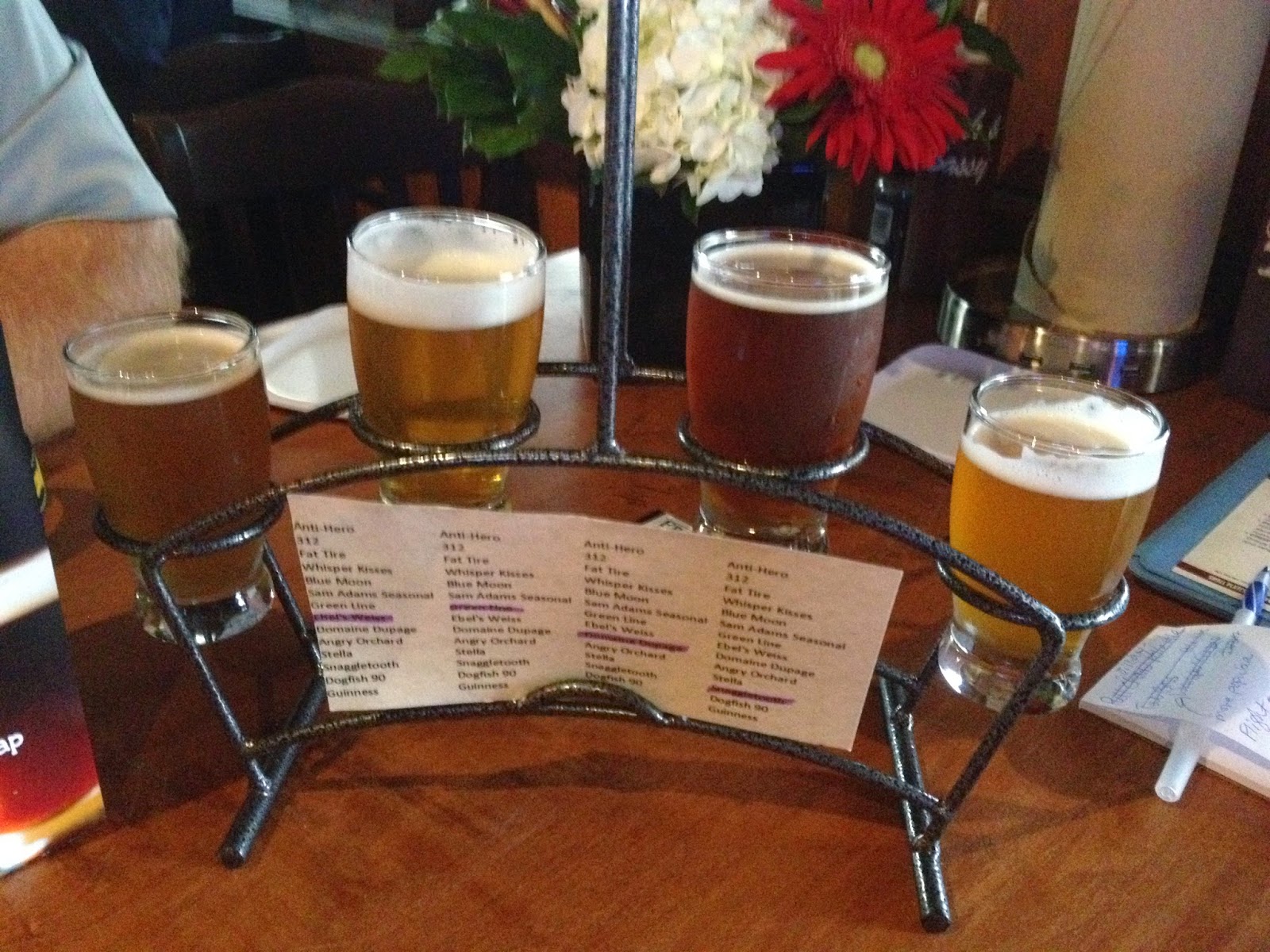